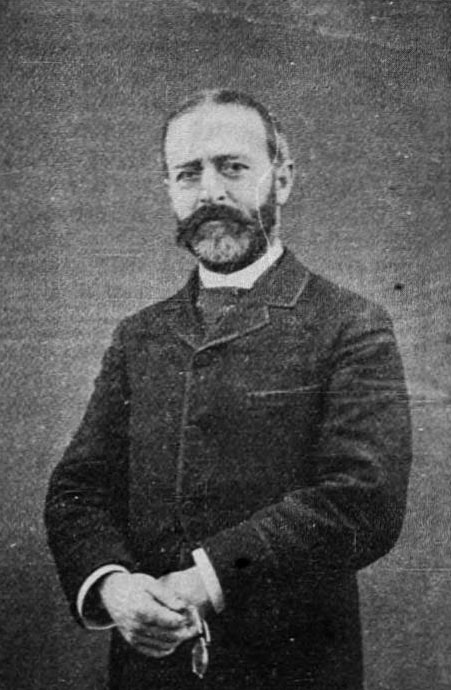 In responding to a request om 1892 from the Editor of the Phonogram to recount his two years plus that he worked for Edison, Dr. Frank M. Deems responded with a letter which included not only his time when he worked for Edison in 1887 but also the first time he saw Edison and the phonograph.

The first time I ever saw Thomas A . Edison was in March, 1878, and it came about in the following way: I was at that time a laboratory instructor and assistant to the Chair of Chemistry and Physics in the Medical Department of the University of New York. That Chair was at the time ably and worthily filled by the late Dr. John C. Draper, one of the best teachers of science I have ever met. One day, while I was setting the apparatus and ex-periments in order for lfs lecture, he said :

I want you to go over to Menlo Park tomorrow morning and get a phonograph for our department from that rising young inventive genius, Thomas A. Edison. He is giving them away to leading scientific institutions, in order to introduce them."

A phonograph  a talking-machine. He has just invented a machine that actually talks. It is to sound what a mirror is to light a faithful reproducer. Such an instrument must be of invaluable service to those who teach acoustics. By the way, I hear he is trying to solve the problem of the subdivision of the electric current. I think he will find that a bigger contract than inventing even a talking-machine."

Here was at least one eminent savant, himself an original investigator, who, fourteen years ago, recognized, what all the world knows now, that Thomas A. Edison is a genius. It also shows what was then the unfound key to the successful solution of the incandescent electric light.

Armed with a letter of introduction, I went out the next day to the now historic workshop of the "rising young inventive genius, and I shall never forget that visit. Mr. Edison had been up till four oclock that morning with his "mirror of sound, and it was now "high noon" when he came over to his laboratory. After reading Prof. Drapers letter, he took me back to the rear of the long gallery-like room, whose walls were literally festooned with wires, and there upon a table was a little machine about the size of a coffee-grinder. Adjusting a piece of common lead foil round a brass cylinder, on an axle provided with a screw thread, which worked in bearings also with threads, thus giving a lateral motion to the cylinder and its axle, he revolved the foil-covered cylinder by means of a crank-handle at one end. While so doing he talked English, French and German into the ear-like funnel, and coughed and whistled and laughed and sung, and wound up this curious performance with a startling imitation of the cock that crows in the morn (something he generally heard in those days before going to bed). Setting the funnel back to its original position, he again turned the handle and  well, your readers will know how I felt by recalling their own sensations when, for the first time, they heard a phonograph talk. The college got its phonograph, and the very next day a company was formed to place it on the market.

The next time that Dr. Deems saw Mr. Edison was in December, 1887, nearly ten years later, when he went to Edison's new laboratory at Orange, N.J. for the purpose of working for Edison.

After twenty-seven months in his service I left his employ. But what I had seen and learned of him while thus associated with him, so profoundly impressed me with the greatness and versatility of his inventive genius, with the value and importance of his numerous inventions, with the brilliant and almost dramatic character of his career, and with the strong and unique personality of the man, that I felt convinced that the public would be interested to learn as much as possible about their illustrious fellow-countryman. So I decided to make a lecture of him. And as an illustrated lecture can be made to contain an immense amount of positive, accurate knowledge, I chose that method of so doing. I have had no cause to regret it, thanks to a generous public.

As a Friend of the Phonograph it's interesting to note that there is an 1889 letter in the Thomas A. Edison Papers at Rutgers University from Charles Deems (Frank's father) written to Edison asking Edison to give his son a raise. Charles assures Edison that Frank enjoys working for Edison and that he is a hard worker but he "is very reticent." "With all the economy exercised on himself and his wife, his salary is inadequate to this support. There are two children. Naturally, you would pay no attention to this matter if it were not brought to you...."

In the marginalia is written "3 dollars more" so apparently Frank received a raise.