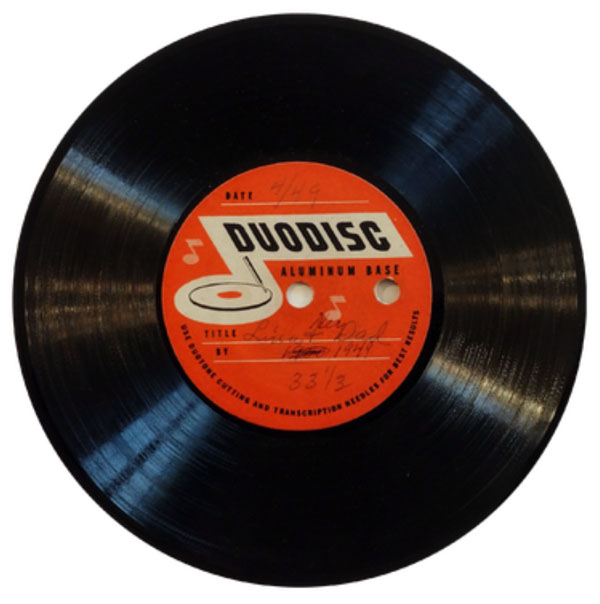 Voices on Vinyl - Memories of Linda's Life made possible by her father, and the phonograph

This memory was published as an interactive story in the New York Times as part of their series "Heirlooms Revisited" which looked at treasured family heirlooms by asking Times readers to share their own stories.

The premise of their original story "Heirlooms, Redefined" published in June 2022 was that "families cohere by keeping histories and telling stories  and conveying what the English have called heirlooms."

Linda Kelly's story is about a portable vinyl-recording device that her father acquired in the 1940s.

"Her father was a first-generation immigrant, born just a few months after his family left Sweden to settle in the United States. When Ms. Kelly was a child, her father worked as a foreman at a licorice factory. She suspects he may have gotten the suitcase-size device from a recording studio near their home in Moline, Ill.

Mr. Westerdahl used it to make records, she said, creating some 200 vinyl discs featuring soundbites of life in their home. He recorded birthday parties, accordion playing, conversations between family members, a baby crying and his brothers singing.

Many of these recorded messages on vinyl were then mailed by Mr. Westerdahl to a brother, who was in California, or to his son who was stationed in Korea during the war. He sent the recordings, Ms. Kelly said, because it was cheaper than calling long-distance.

Now nearing 80, Ms. Kelly has inherited these circular time capsules of domestic life, with their scratchy resurrections of the past. I enjoy every minute of it because it puts me back there, she said of listening to her collection of vinyl recordings. Her favorite one is of a lullaby  Sail, Baby, Sail  being sung to her by both of her parents. Even after their deaths, she can put on the records, she said, and hear their voices again."

Read Linda Kelly's story HERE (select Records from the Heirloom Menu) and also listen to one of the recordings that is available as part of her story.

It's a wonderful phonograph connected story made possible by her father's vinyl-recording device which surely makes Linda a Friend of the Phonograph.