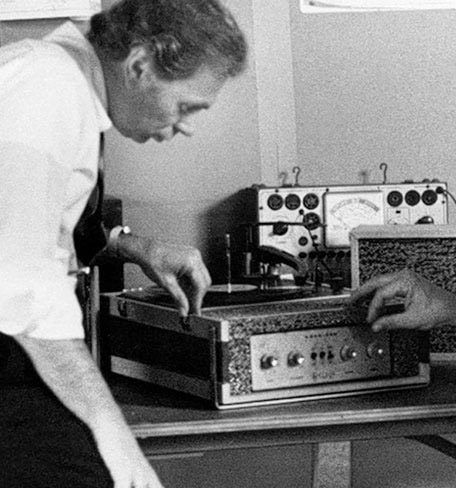 An Honorary Friend of the Phonograph*

When I read Mr. Koss's obituary in the The New York Times it reminded me that I had a first pair of Koss 4A headphones in 1971. As a Phonographian it also prompted me to enter Mr. Koss into the Friends of the Phonograph's gallery of "Memories of the Phonograph" since Koss played such an important role in bringing high-quality personal stereophonic sound to generations of listeners.

Koss enjoyed the big band era of music and his headphones provided him a new listening experience. Said Koss, Enclosing yourself in just the music  it gets to be even more thrilling. 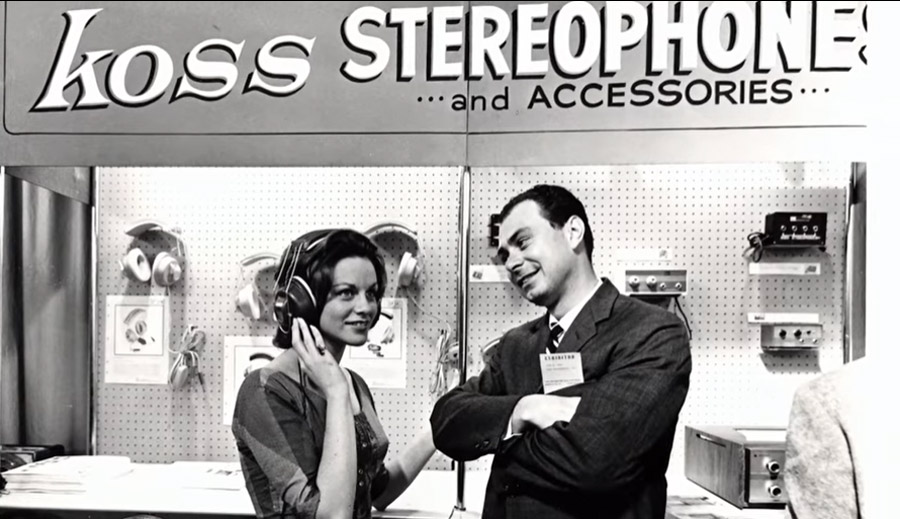 The sound was just bouncing in my ears, Koss said of his first experience with the earliest version of the headphones he helped invent in 1958.

But as I also learned from the Koss website and from his obituary "He helped invent a portable phonograph with a newfangled set of stereo headphones. The phonograph didnt go anywhere, but the headphones were a huge hit." 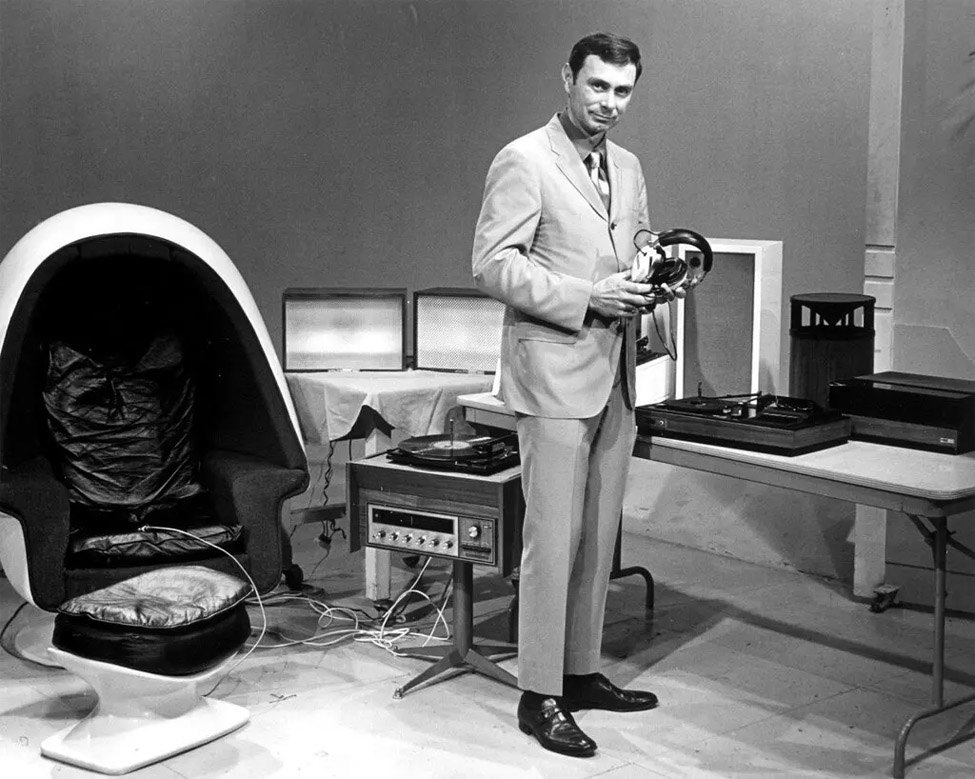 Koss headphones became standard equipment for music listeners, disc jockeys and recording artists in the studio  even for members of the House Judiciary Committee when they heard White House tapes in 1974 during President Richard M. Nixons impeachment inquiry. For many years they were virtually all Mr. Kosss company made, until an unsuccessful expansion into other audio products in the 1980s nearly put it out of business.

Mr. Koss and his friend Martin Lange Jr., an engineer, developed a portable stereo phonograph in 1958 that they called a private listening station. It had a turntable, speakers and a privacy switch that let users plug headphones into a jack. But most of the headphones available, like those used by telephone operators, shortwave radio users and pilots, were incompatible and not stereophonic.

So they rigged up cardboard cups that contained three-inch speakers and chamois pads from a flight helmet, and they attached them to a headband made of a bent clothes hanger covered with a rubber shower hose.

And, oh man, whew, it was just bouncing in my ears, Mr. Koss said in an undated video interview on the Koss Corporations website. It was a great sound. Now the whole thing was there. Anybody that listened to it, it was like the first time you drove in a car or the first time you did anything.

Mr. Koss, whose own taste ran toward the music of the big band era, added, Enclosing yourself in just the music  it gets to be even more thrilling.

When the two men brought the Koss Model 390 phonograph to a Wisconsin hi-fi show soon after, the headphones were a hit; the larger unit, not so much. The SP-3 headphones, which sold for $24.95 (about $240 in todays money), became the first of many versions that Koss would manufacture over the next six decades.

See the Koss Website for a history of Koss headphones including some classic Koss advertisements. 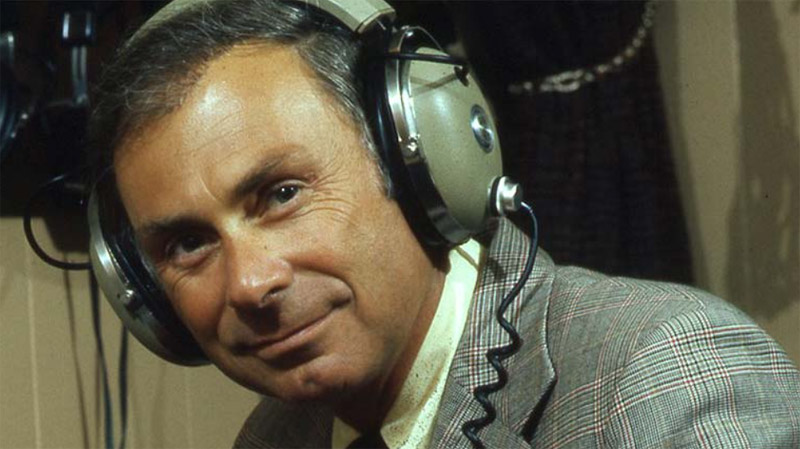 Watch the video of Koss Corporation founder "John Koss who shares his behind-the-scenes story of inventing the world's first SP/3 stereophone in 1958, and the emotional thrill of being "enclosed in the music" thanks to his innovation."

In 1958, John C. Koss teamed up with engineer Martin Lange, Jr. to develop a portable stereo phonograph player with side-wing speakers. The pair demonstrated their new stereo record player at a Wisconsin audio show. One of the product's unique features was a privacy switch, which allowed listeners to hear music by plugging in the world's first SP/3 stereophone. The stereophones were intended to be an accessory to demonstrate the high-fidelity stereo sound that the portable phonograph player delivered. 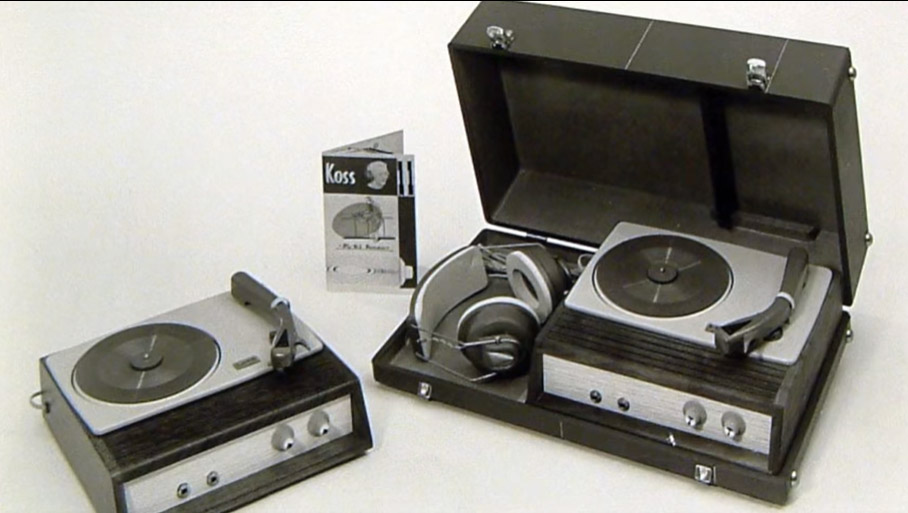 The revolutionary sound of the Koss SP/3 stereophone became the hit of the show. The phonograph...not so much. 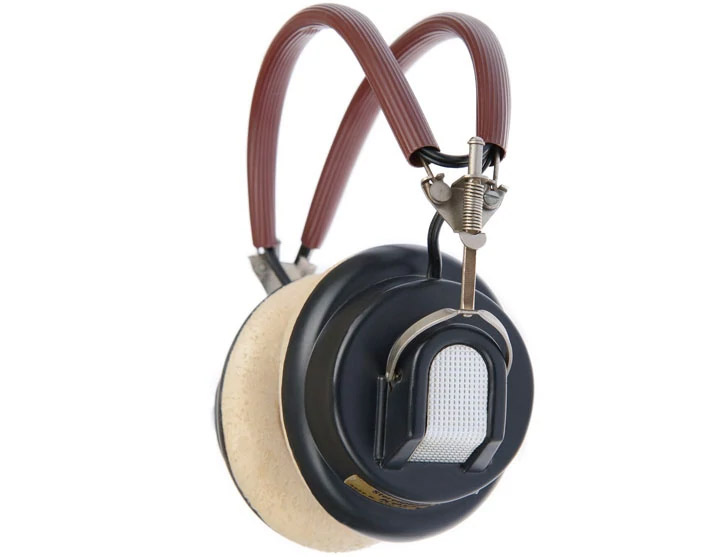 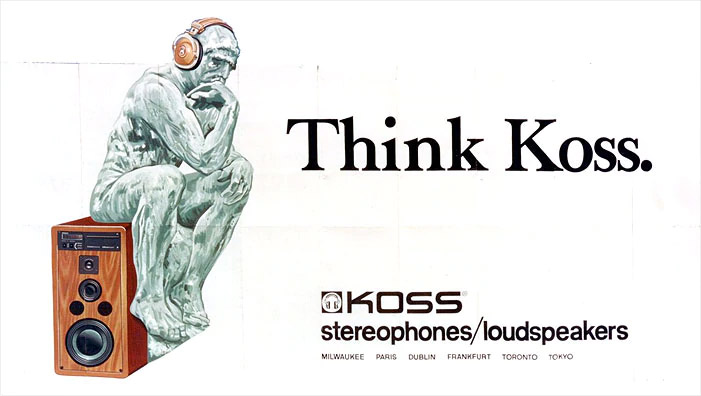