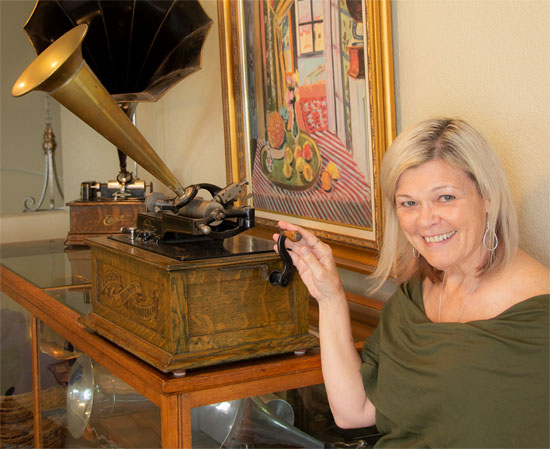 When I was about ten years old (circa 1964) my family's house had an unfinished basement where I spent a lot of time playing. In that room I sometimes listened to the large console combination phonograph and AM/FM Radio. I think it was a Magnavox and the turntable could play LPs and 45's. My mother loved Elvis and I know there were a lot of Elvis records to choose from. We loved to dance around in that room because it was so open and it was the only place where we could listen to records in our house.

Unfortunately the concrete floor would sometimes get wet after a heavy rain as there was a drainage problem in our yard. On one such occasion I wanted to listen to a record but when I put the needle down into the groove I got an electrical shock. I didn't realize that this was because I was standing in some water and I actually tried to play another record and received a second shock.

About four years later I asked for a phonograph for Christmas and got a portable or 'suitcase' model. It was red and white and it had speakers that could be detached and separated for stereo sound. I loved listening to its records. And apparently I had learned my science lesson as I played records throughout my teenage years without any further phonograph related 'incidents.' 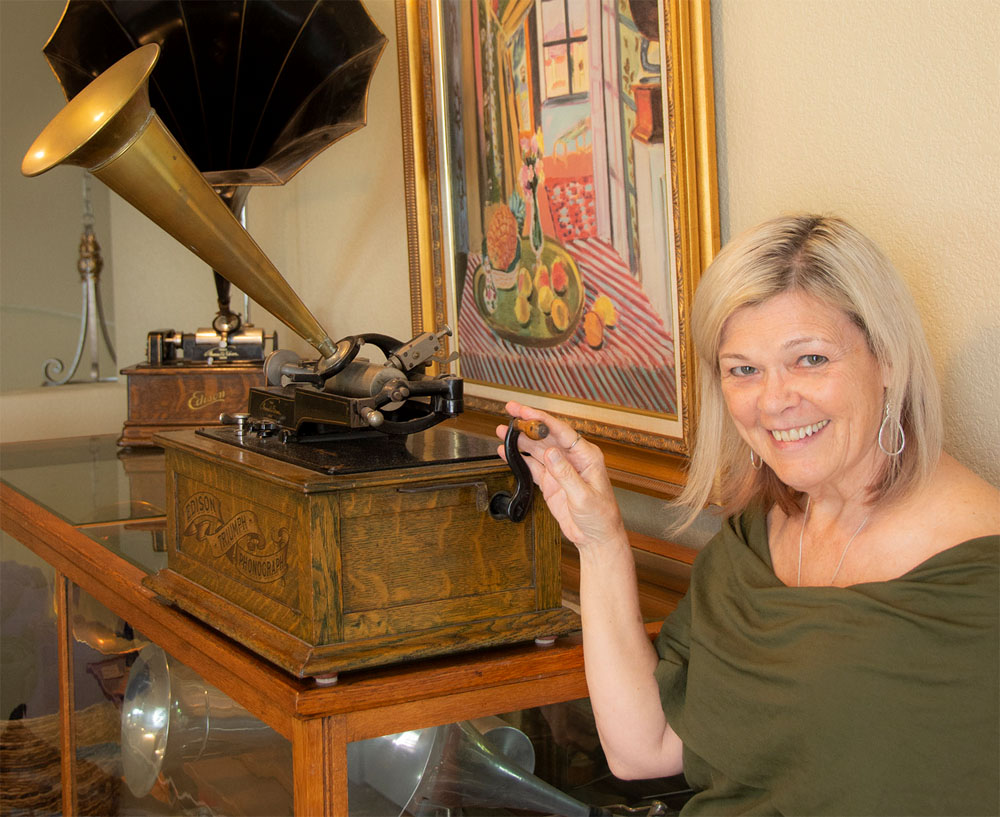 Wendy, a Friend of the Phonograph 2021