Phonograph Ads in the Early Teens 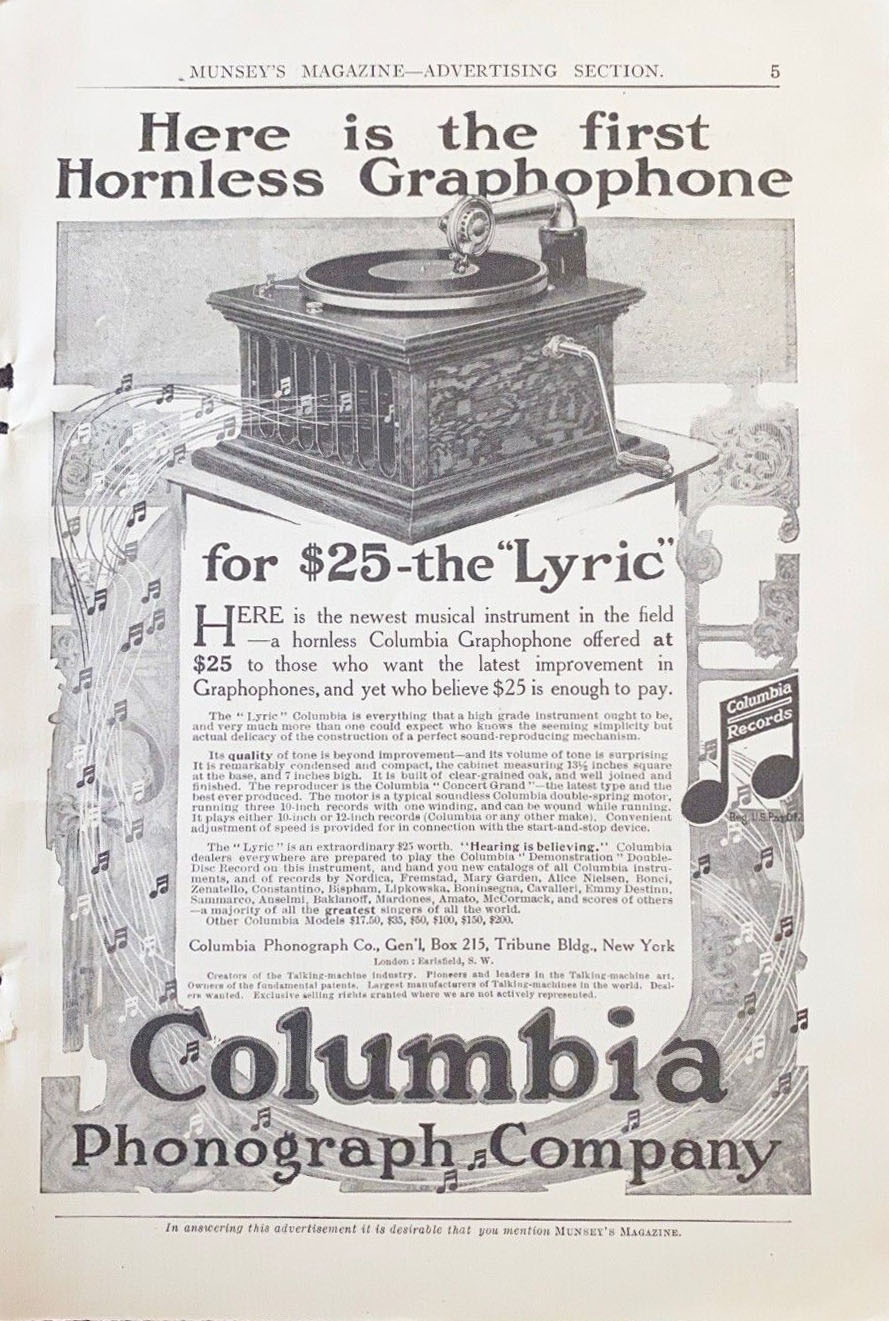 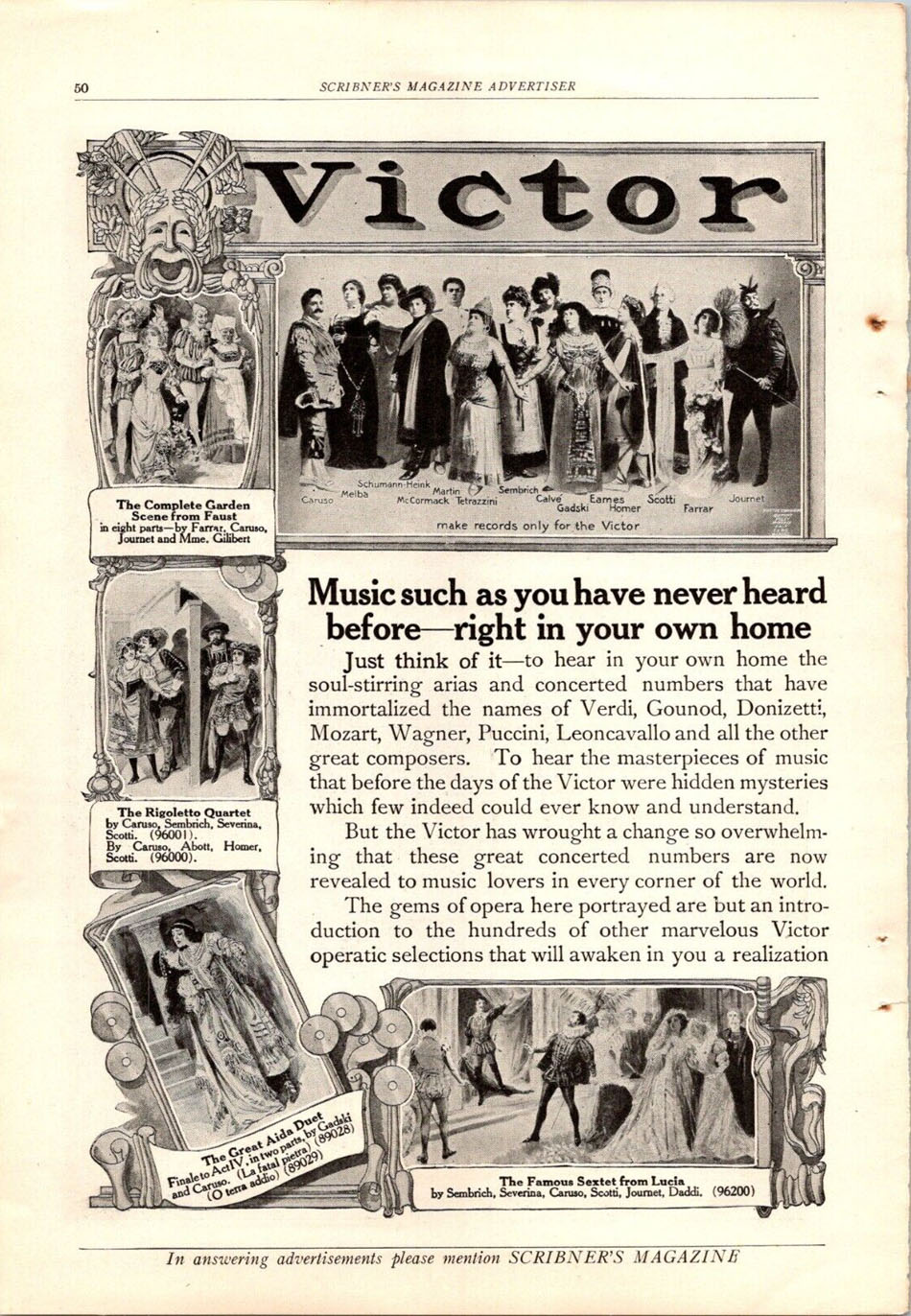 "Music such as you have never heard before - right in in your home" Scribner's Magazine, 1911 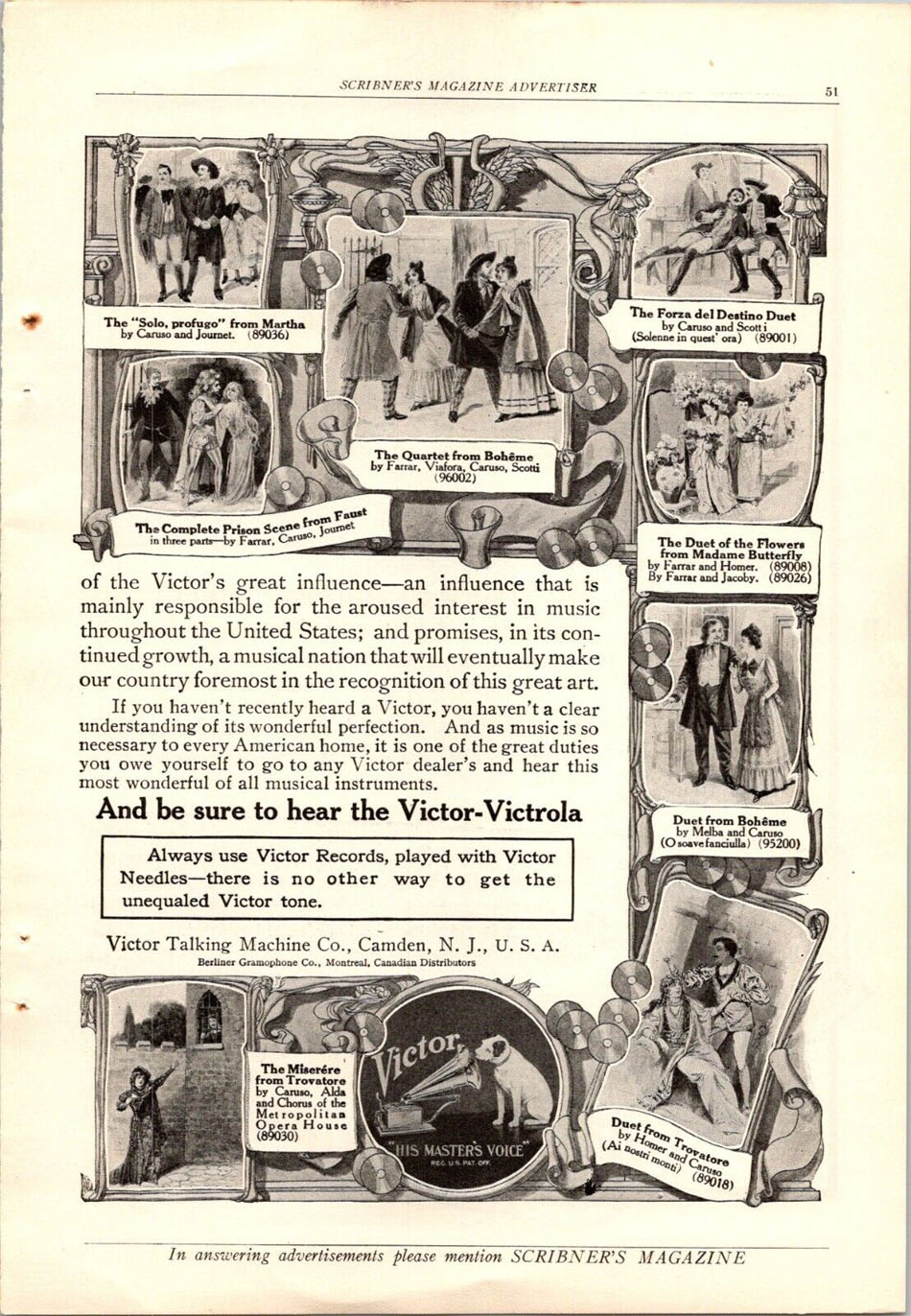 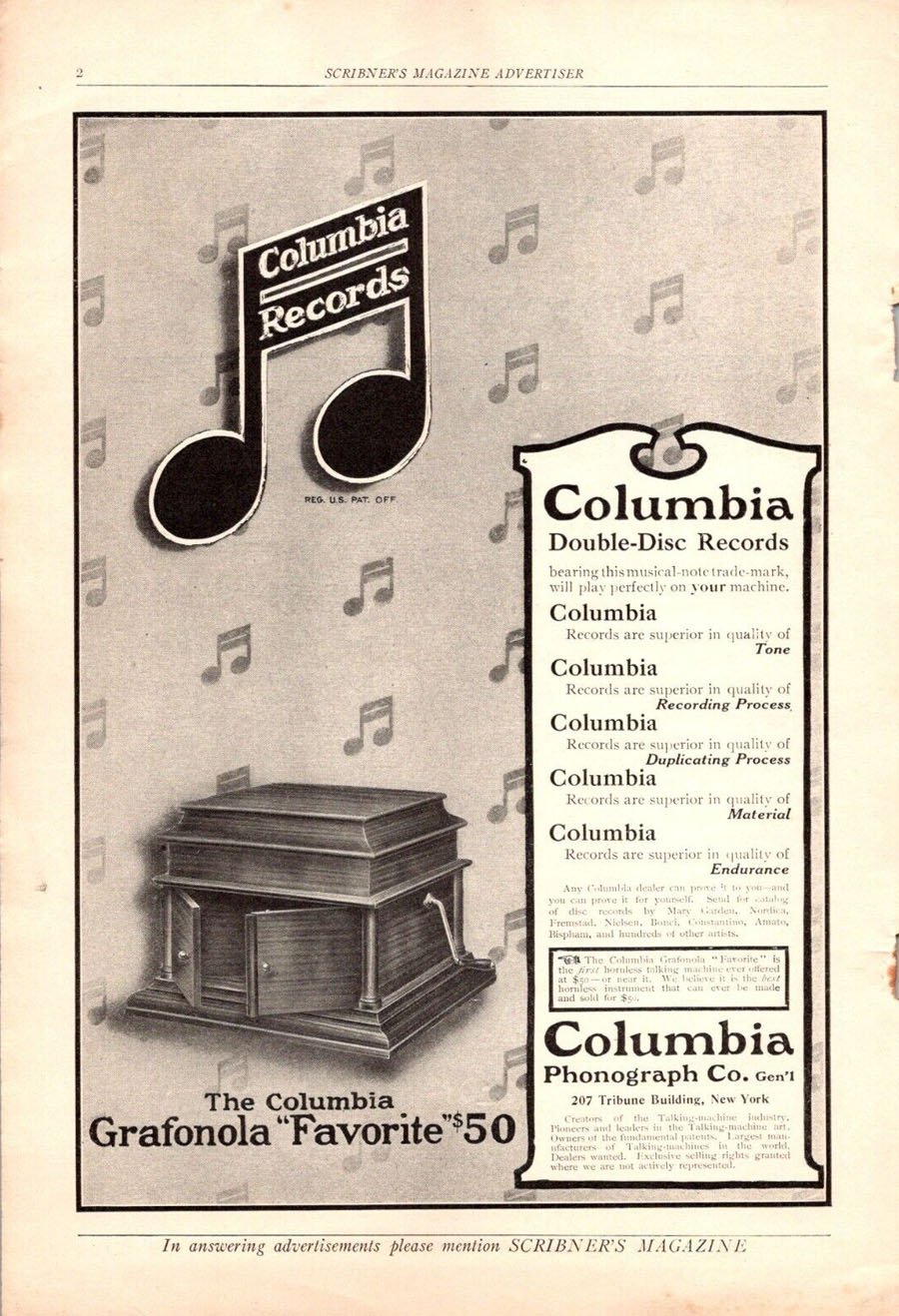 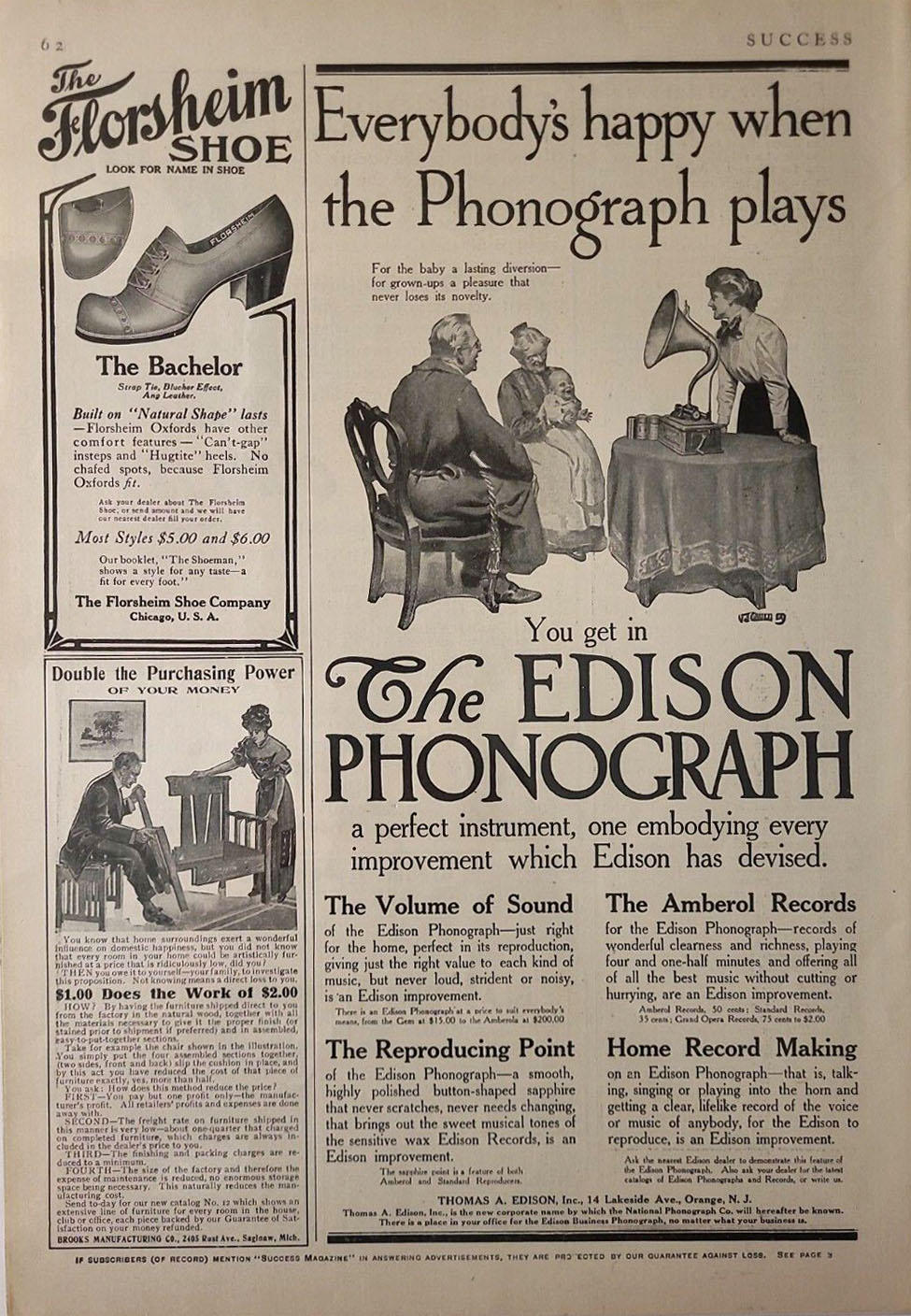 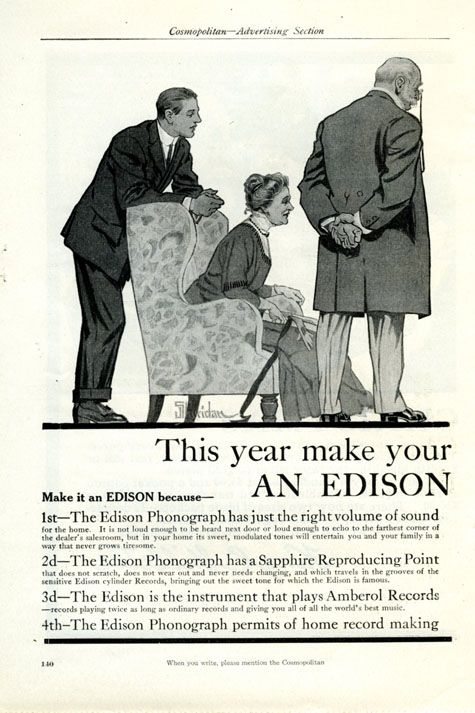 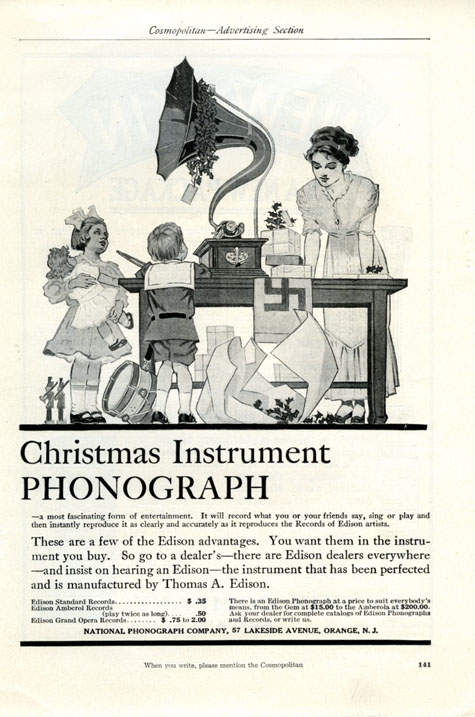 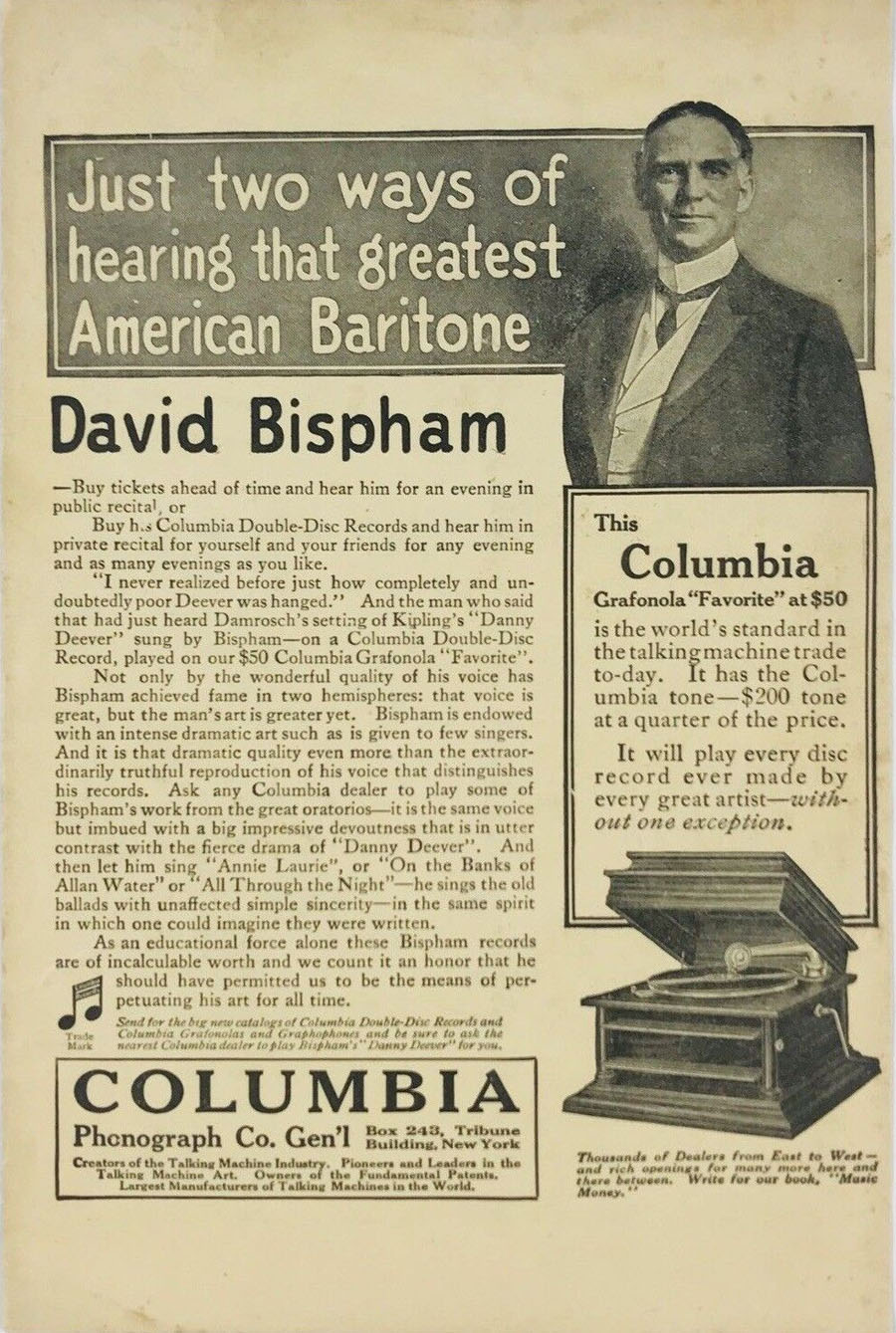 Buy tickets for a public recital or buy his record and "hear him in a private recital..." The Independent Magazine, 1912 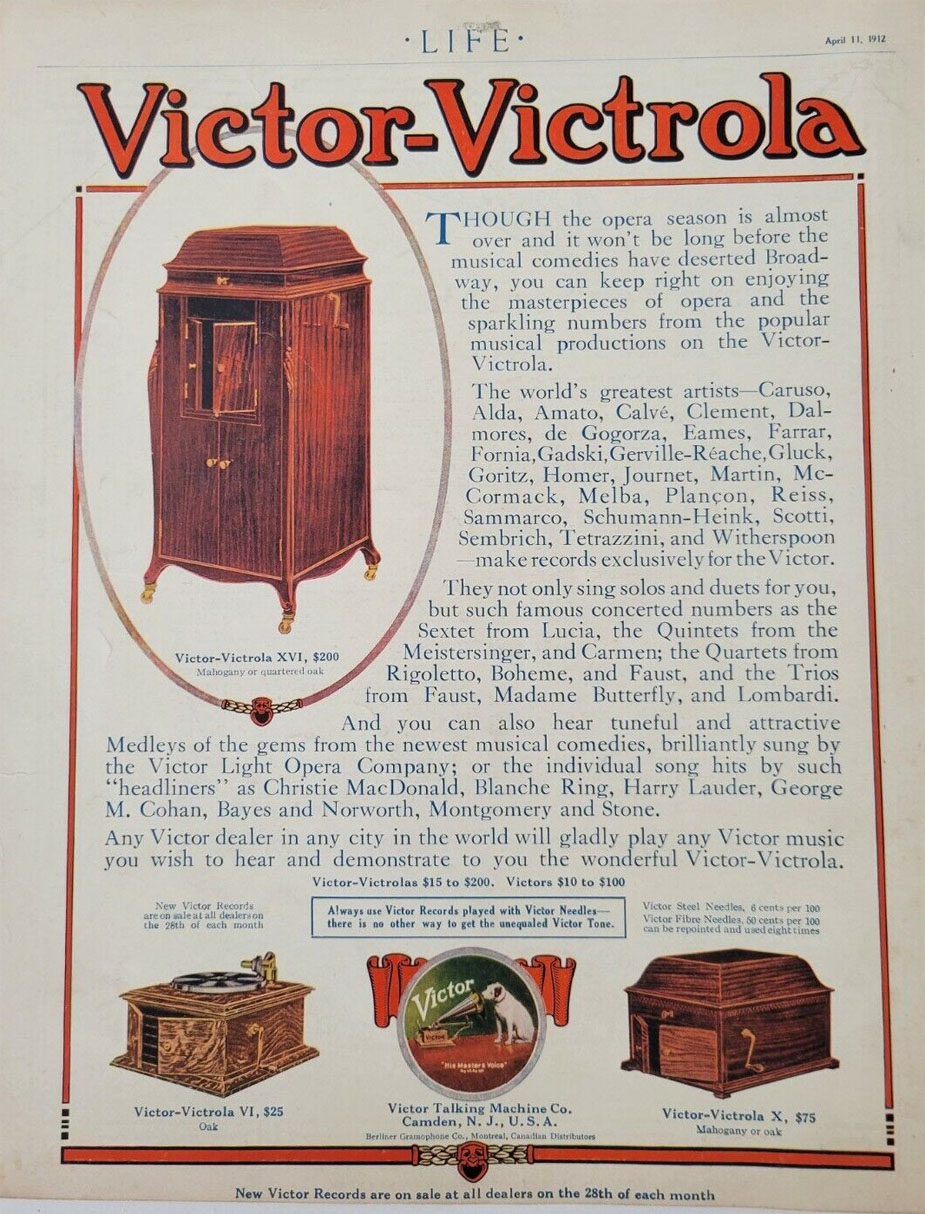 Opera season is almost over but its masterpieces can still be enjoyed on the Victor-Victrola, Life, April 11, 1912 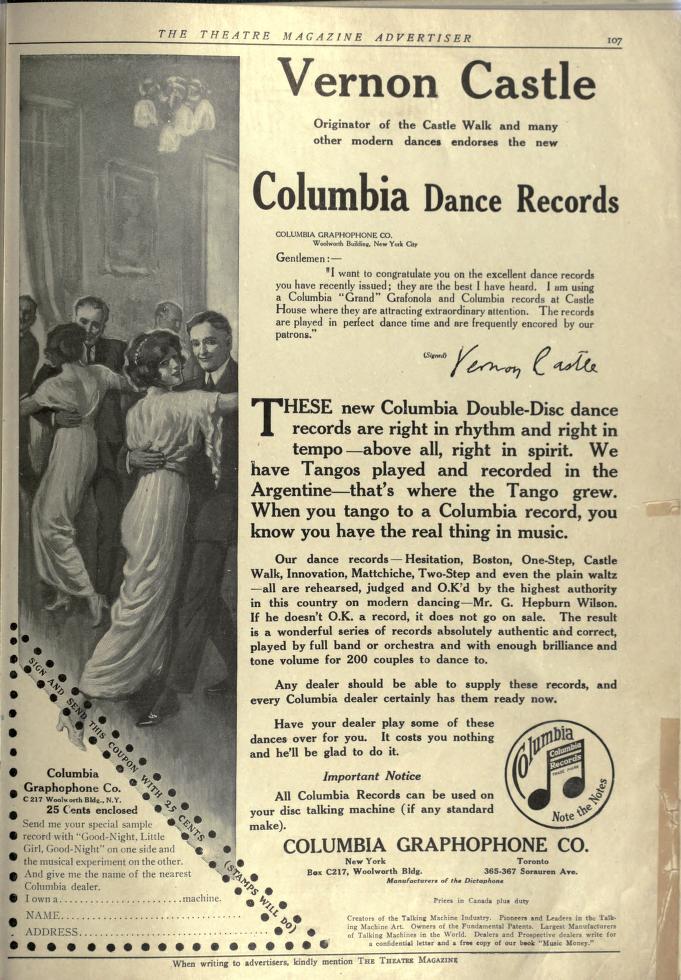 Columbia dance records "are the best I have heard." Vernon Castle, The Theater Magazine, 1914 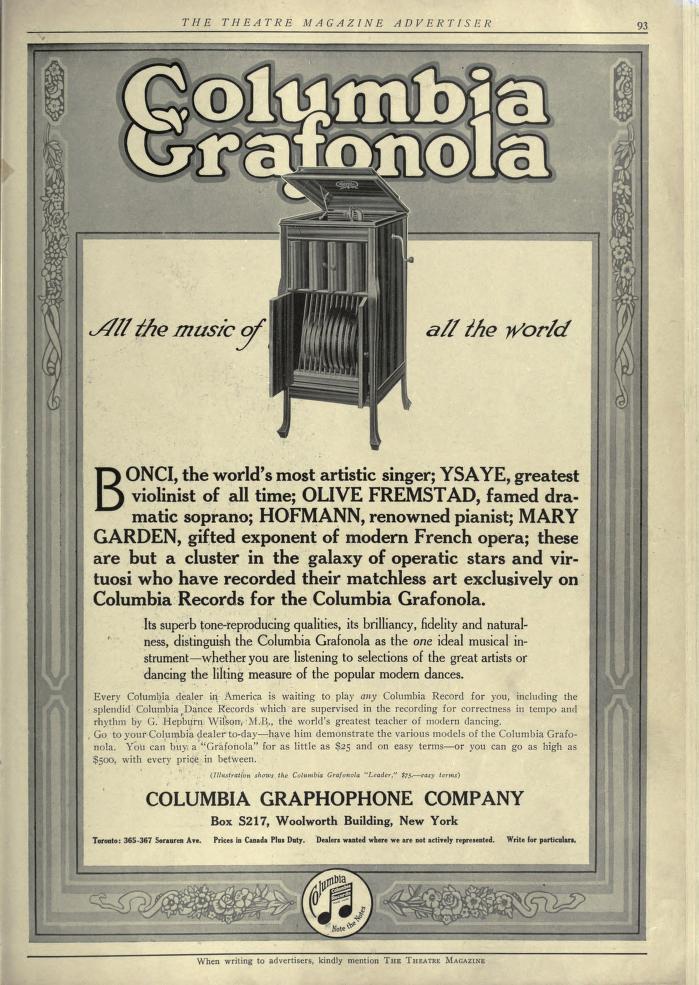 "The galaxy of operatic stars and virtuosi who have recorded their matchless art exclusively on Columbia Records for the Columbia Grafonola." The Theater Magazine, 1914 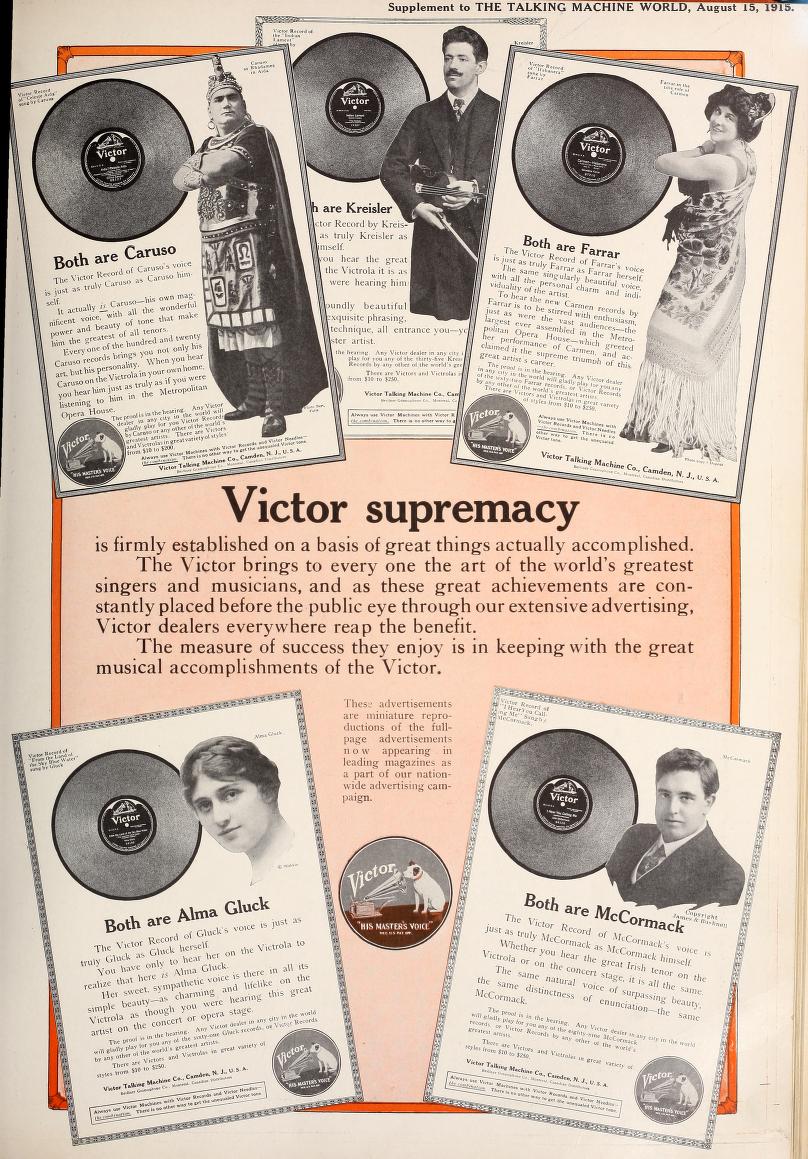 "Victor supremacy" and the "Both Are" Victor ad campaign, The Talking Machine World, August 15,1915 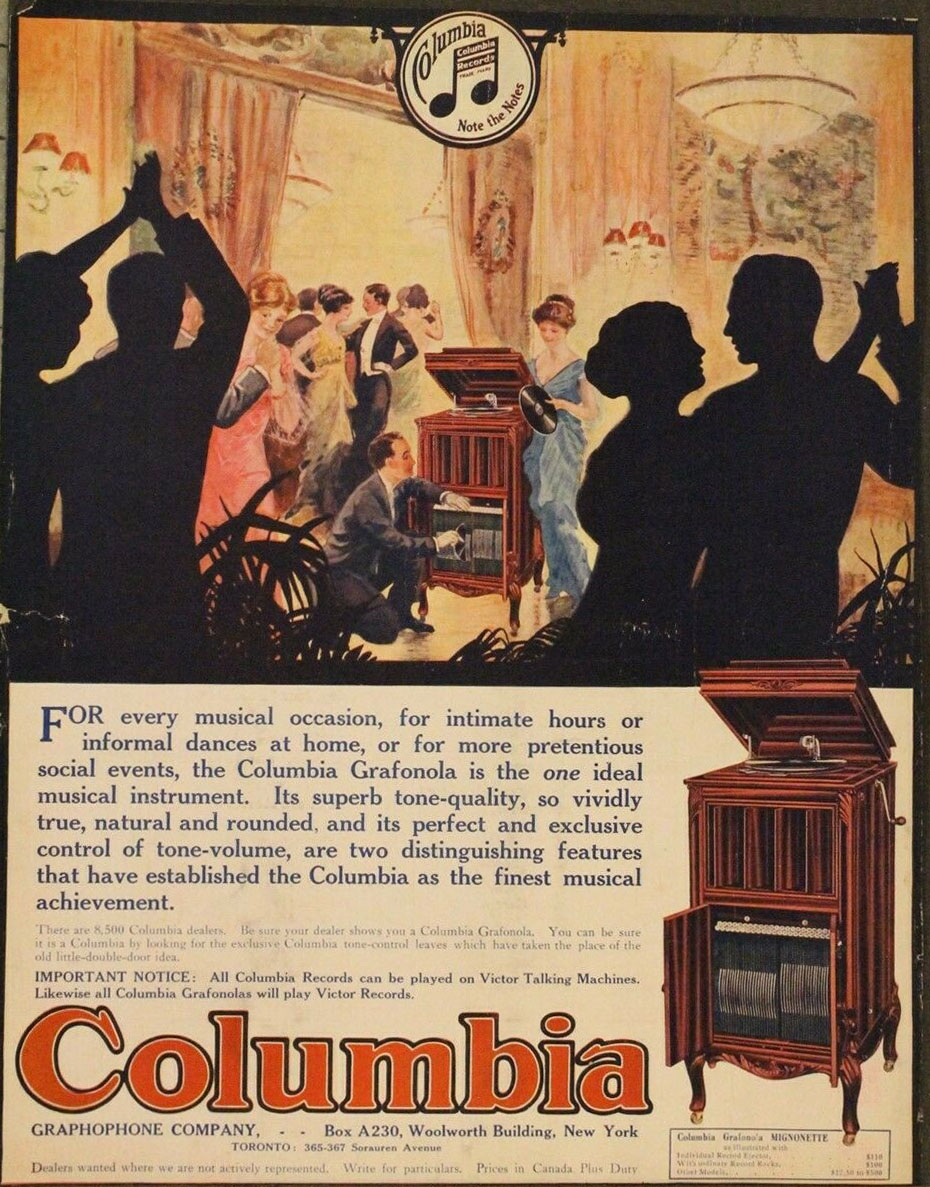 "The Columbia Grafonola is the one ideal musical instrument" for every musical occasion, 1915 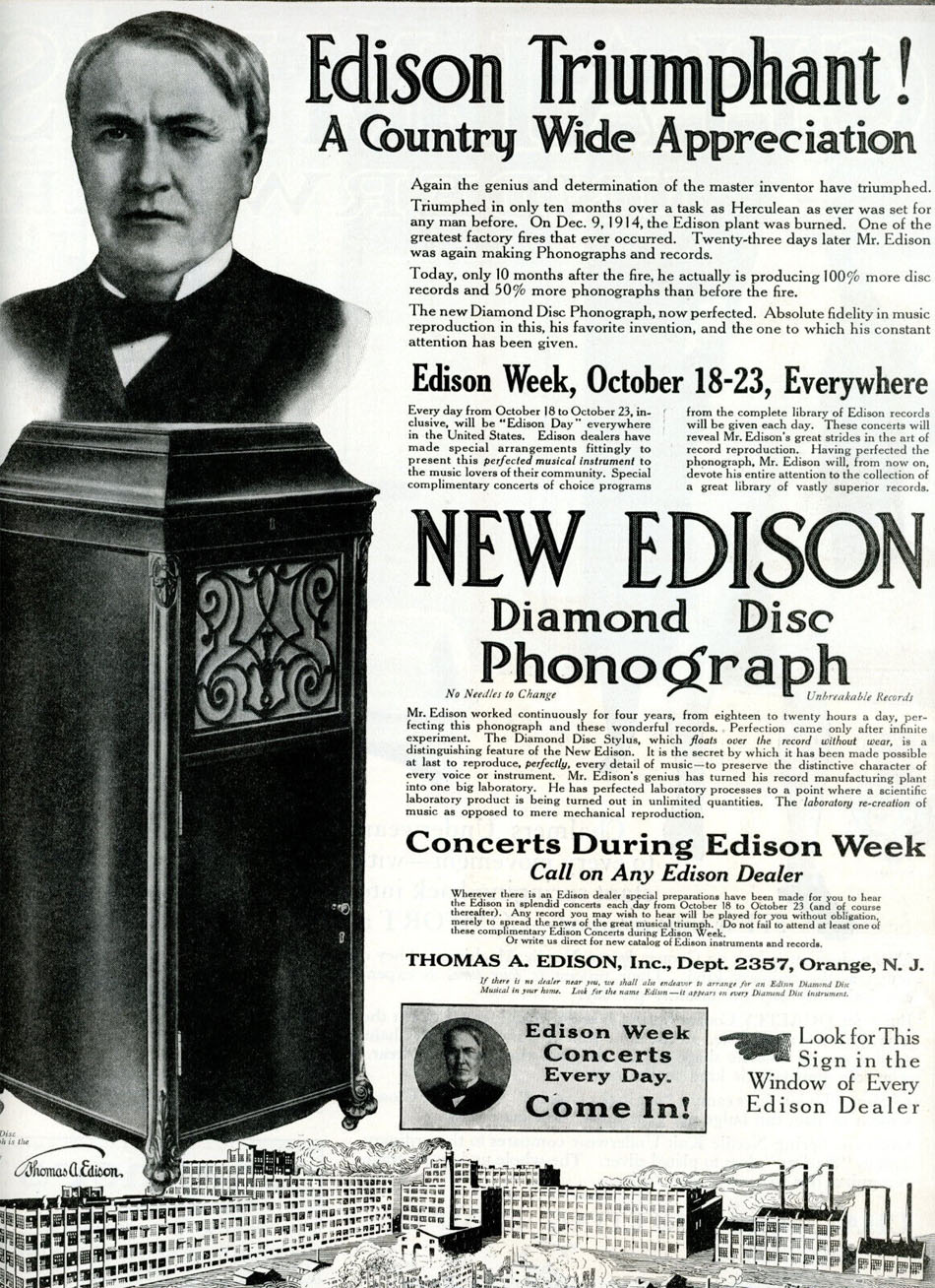 Edison Triumphant! The master inventor triumphed "over a task as Herculean as ever was set for any man before." 1915 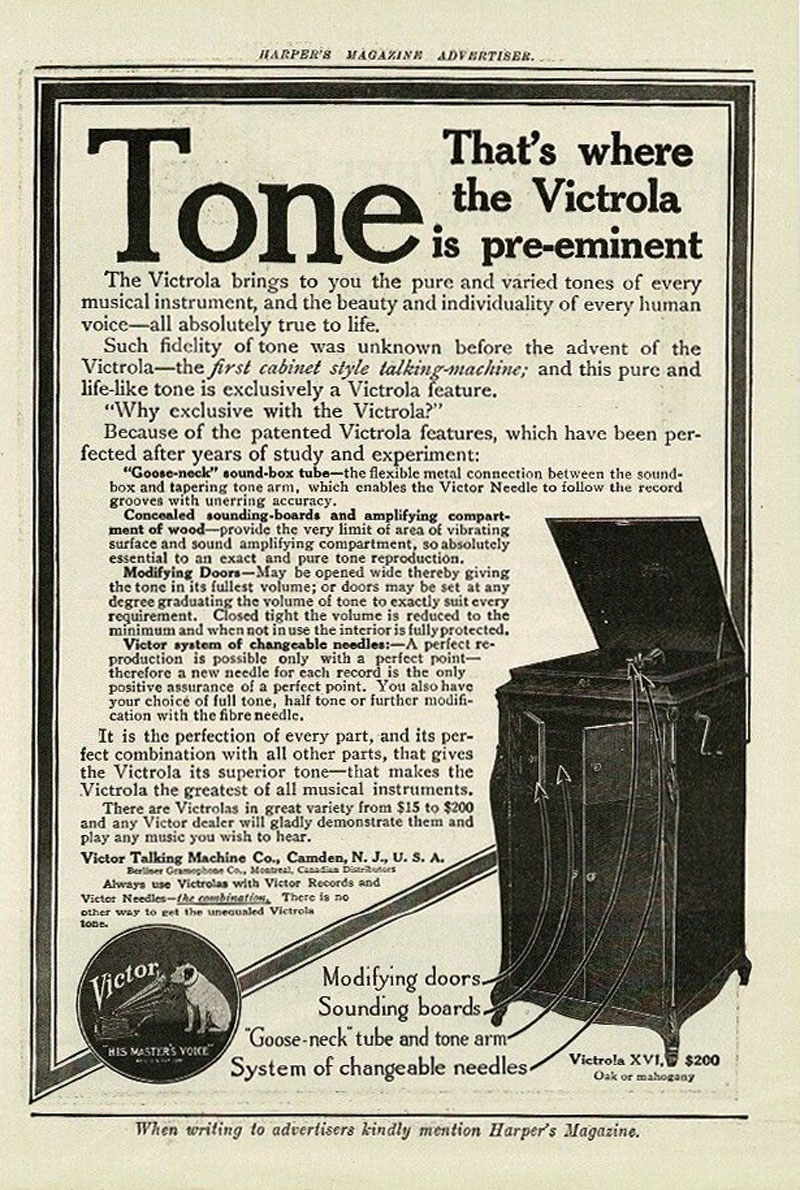 "Tone - That's where the Victrola is pre-eminent, Harper's Magazine, 1915 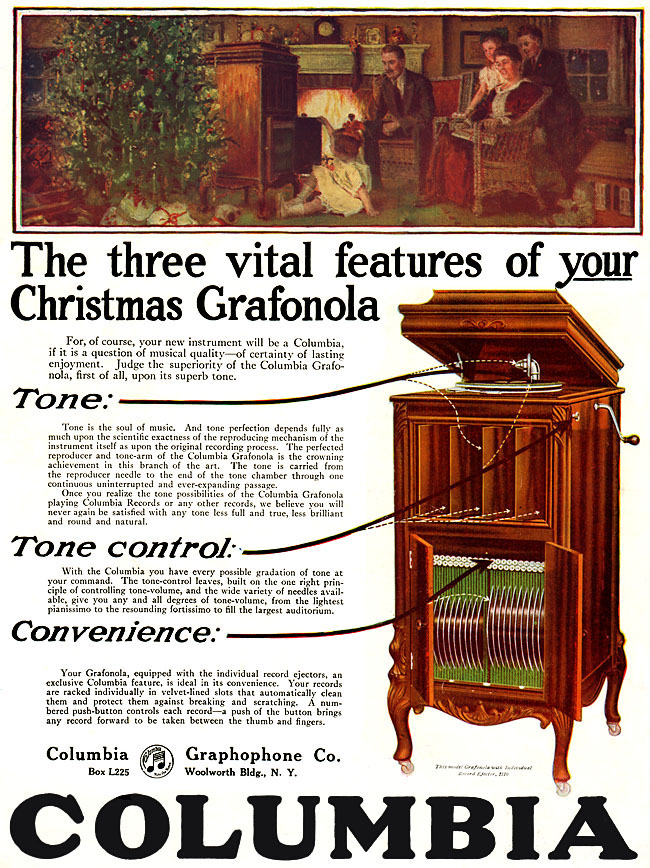