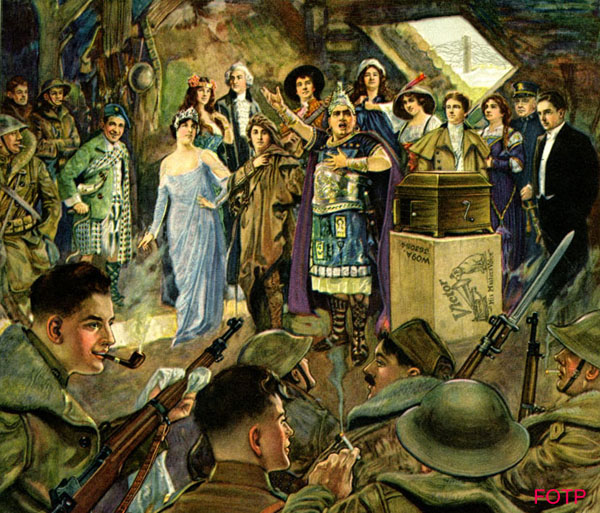 Phonograph Ads in the Late Teens 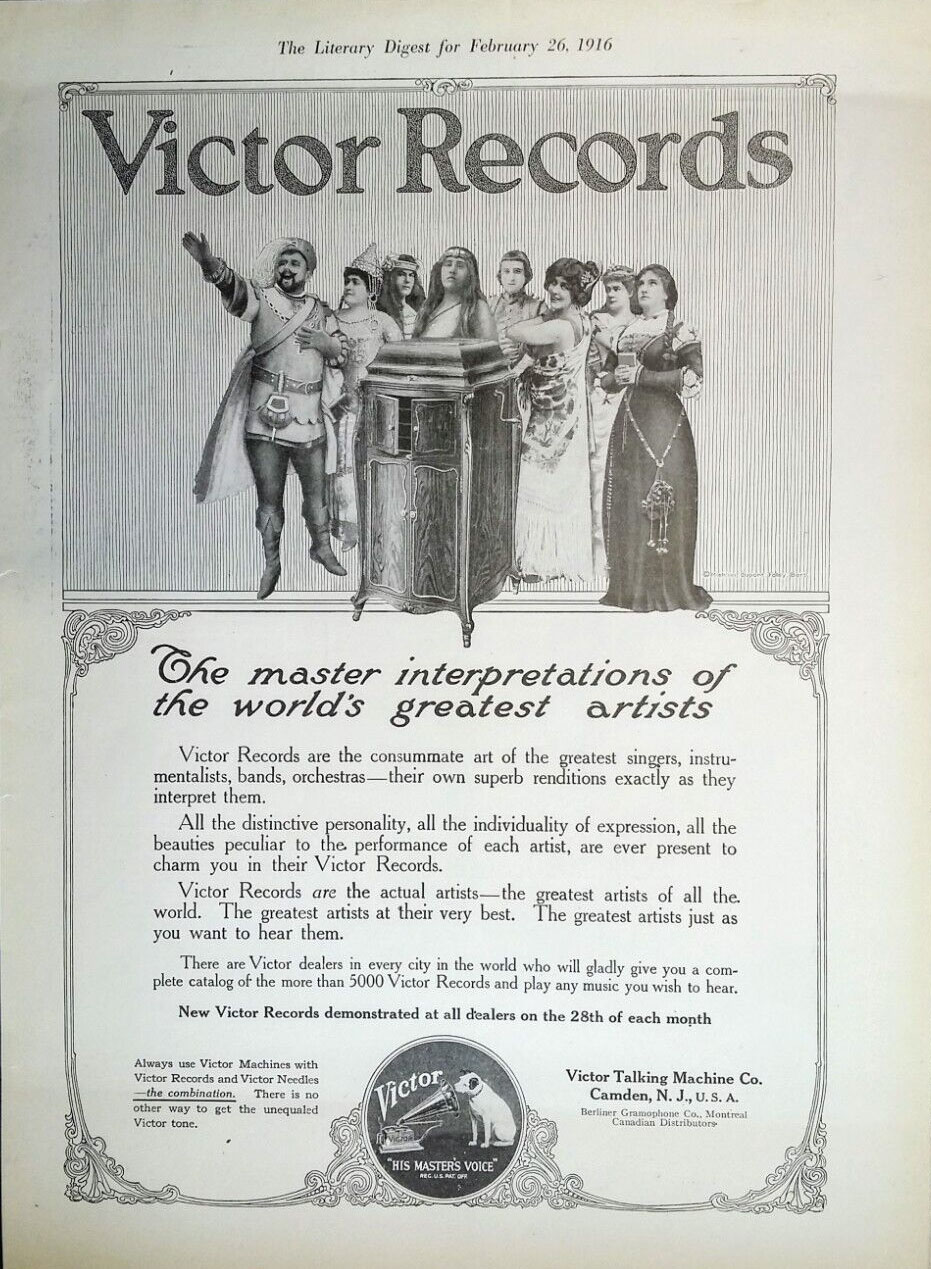 "Victor Records - The master interpretations of the world's greatest artists." The Literary Digest for February 26, 1916 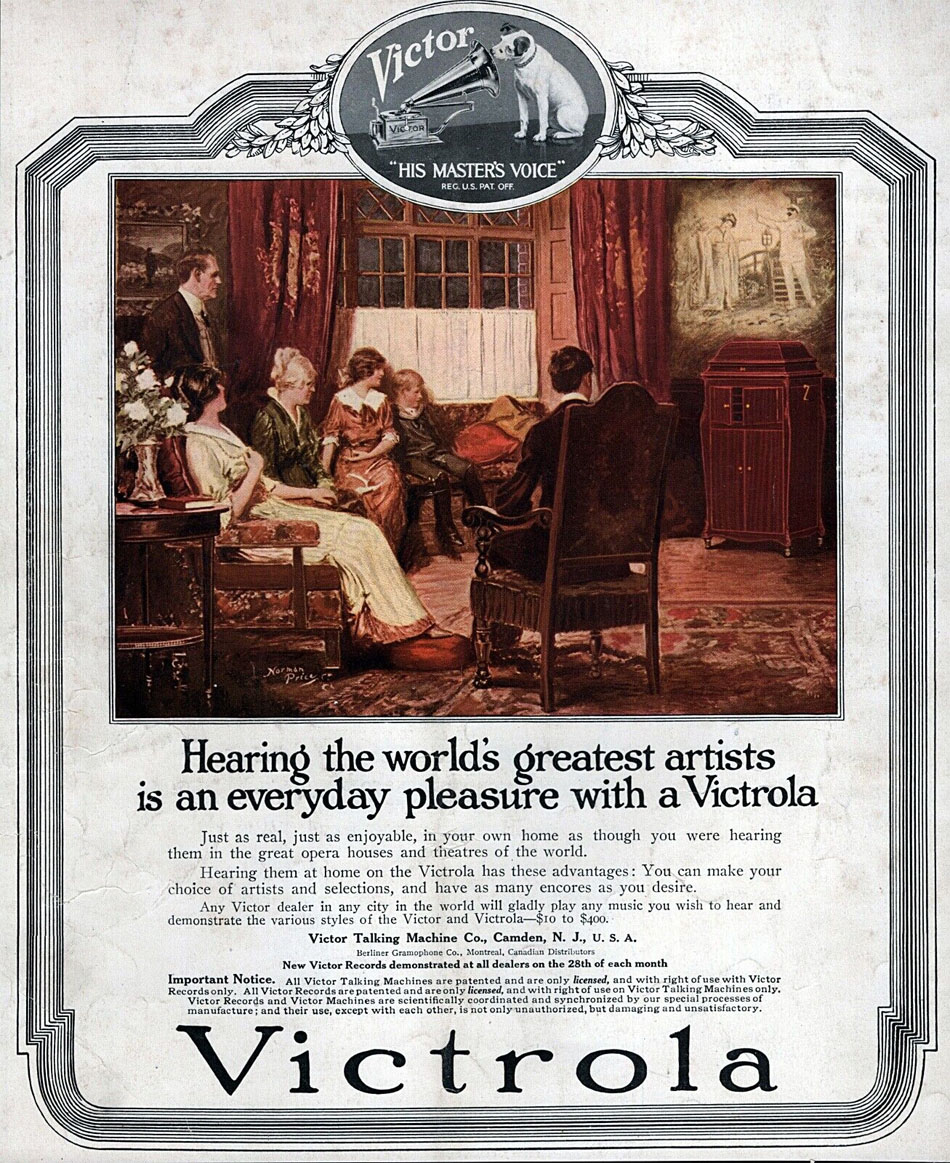 "Hearing the world's greatest artists is an everday pleasure with a Victrola." Life, 1917 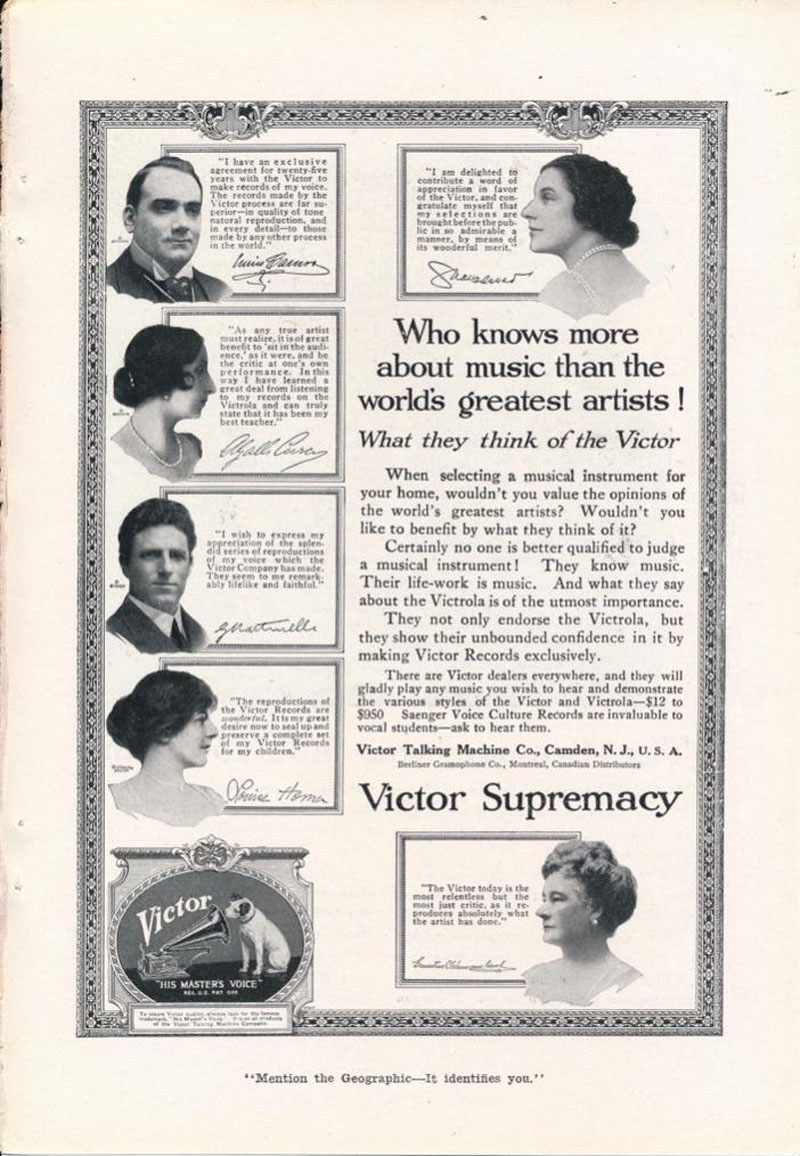 "Who knows more about the music than the world's greatest artists!" The National Geographic, 1918 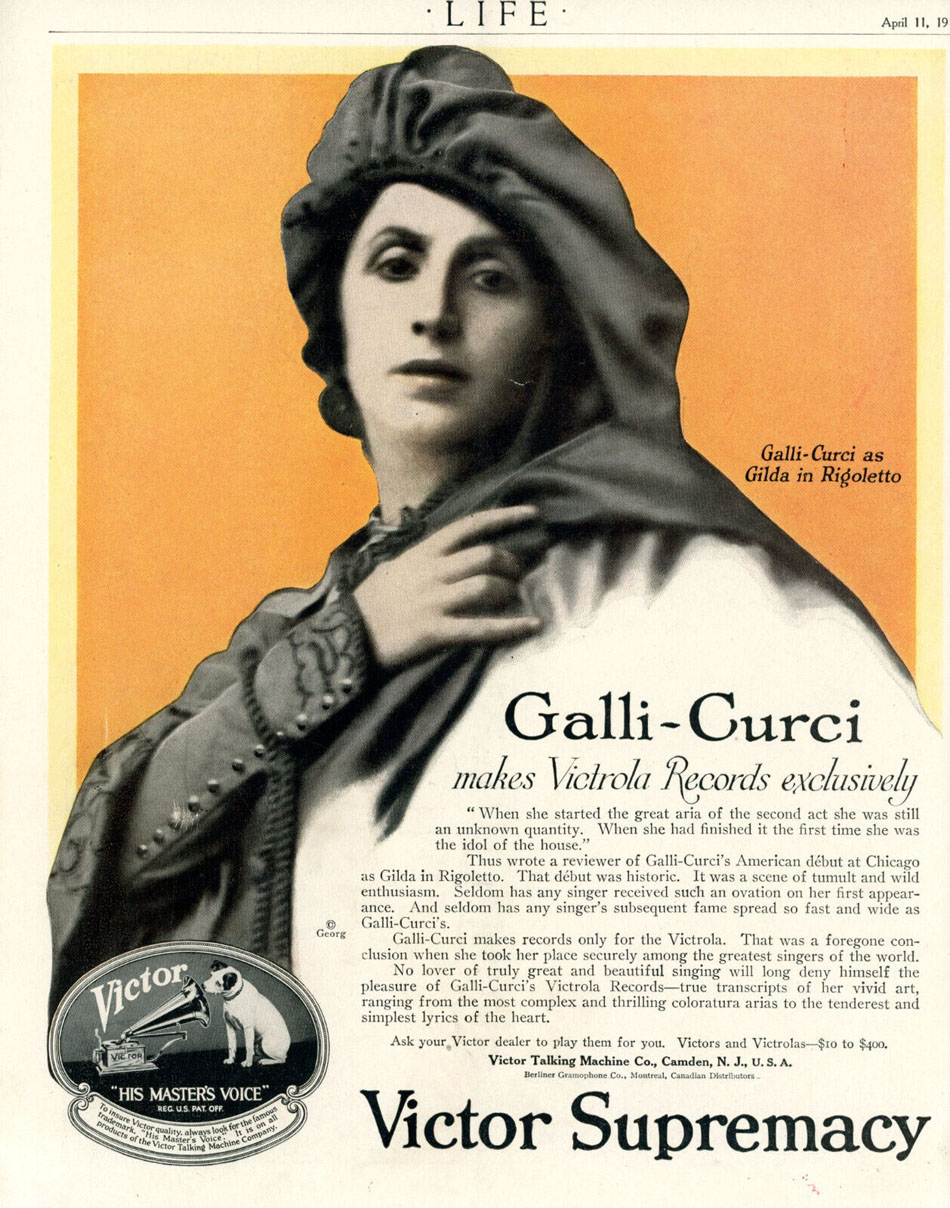 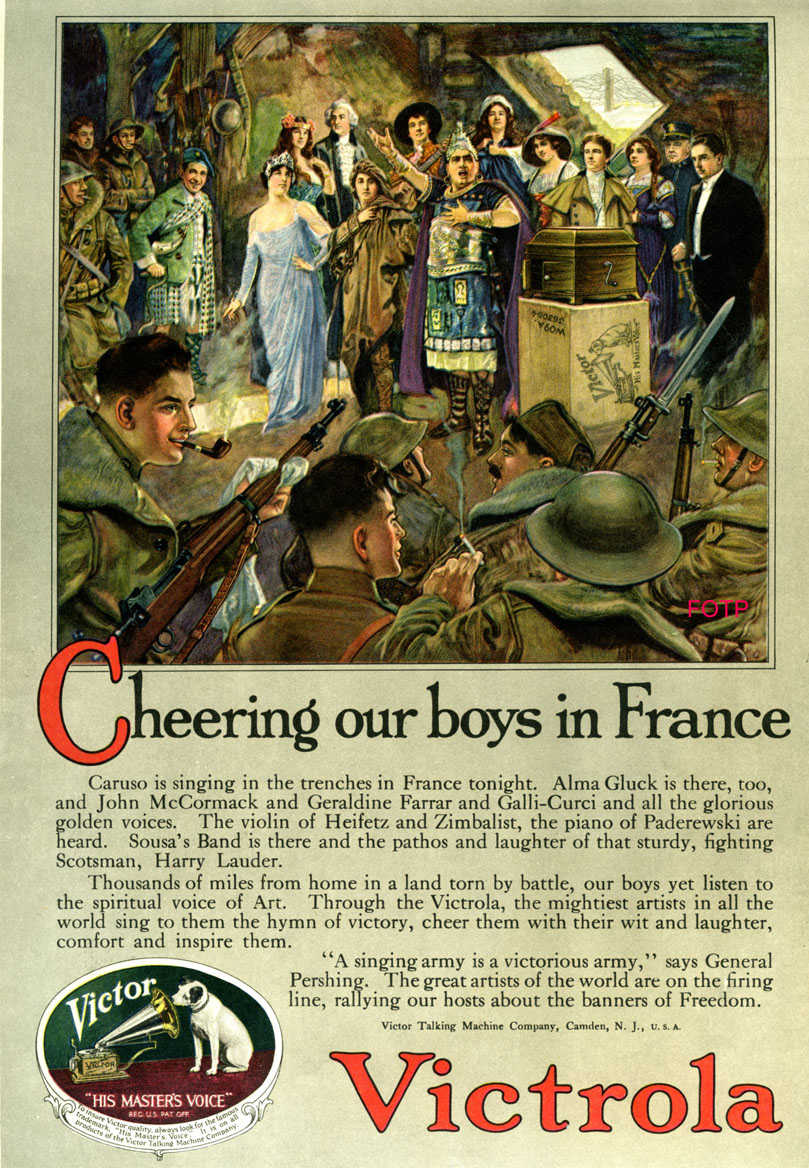 Caruso is singing in the trenches of France tonightThousands of miles from home in a land torn by battle, our boys yet listen to the spiritual voice of Art. Through the Victrola, the mightiest arts in all the world sing to them the hymn of victory, cheer them with their wit and laughter, comfort and inspire them. Victrola ad, The Theatre Magazine, November 1918 (PM-1944) 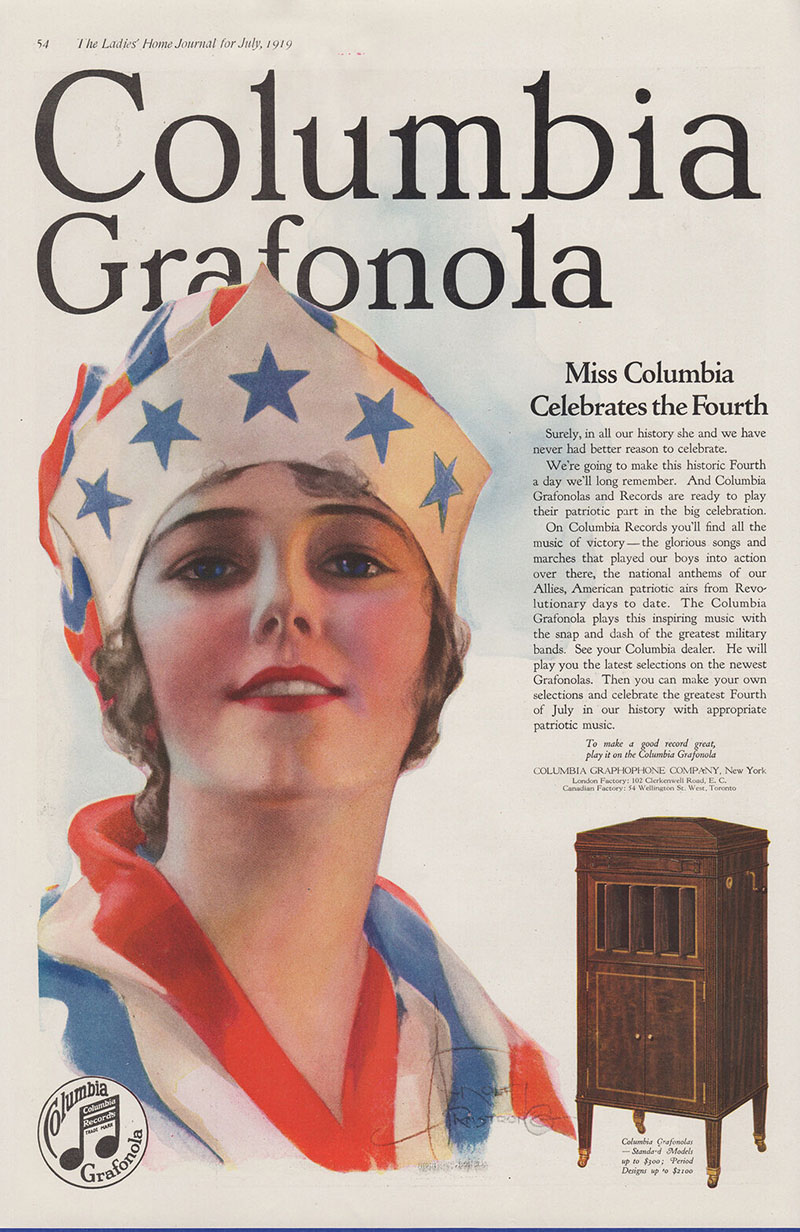 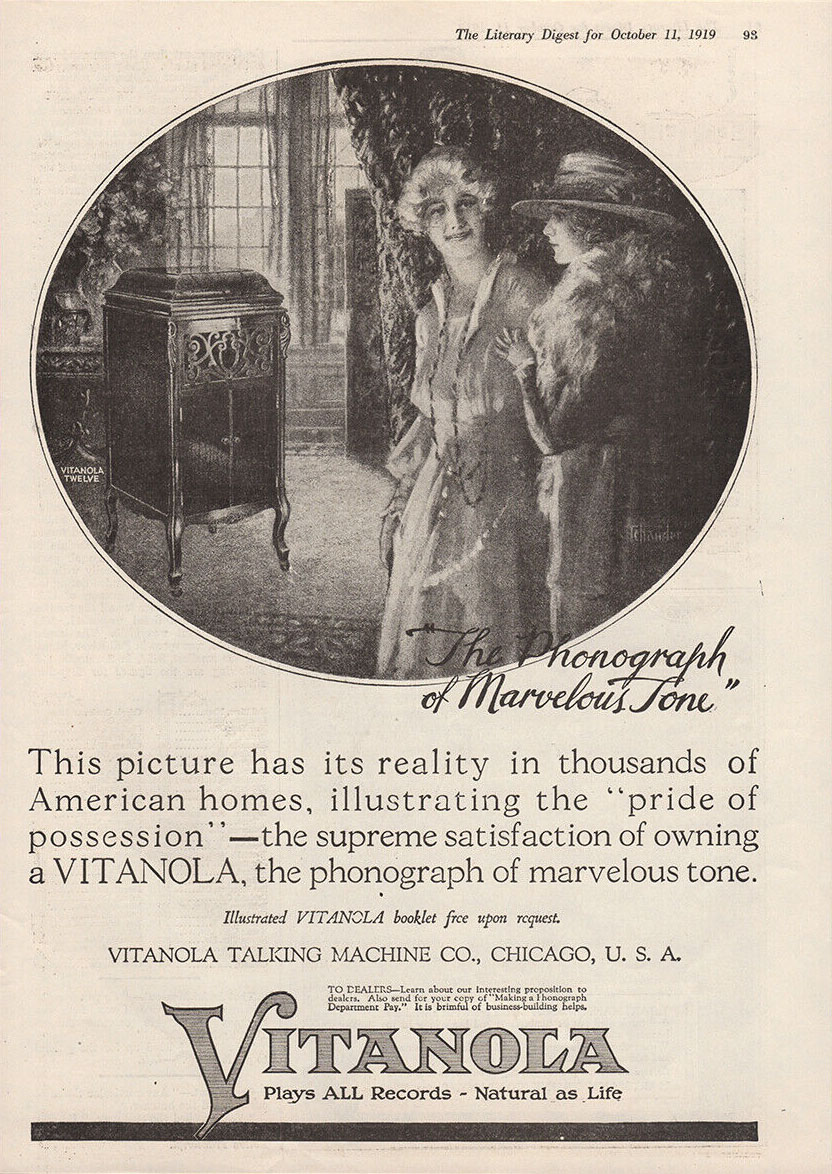 "The pride of possession - the supreme satisfaction of owning a VITANOLA, the phonograph of marvelous tone." The Literary Digest for October 11, 1919