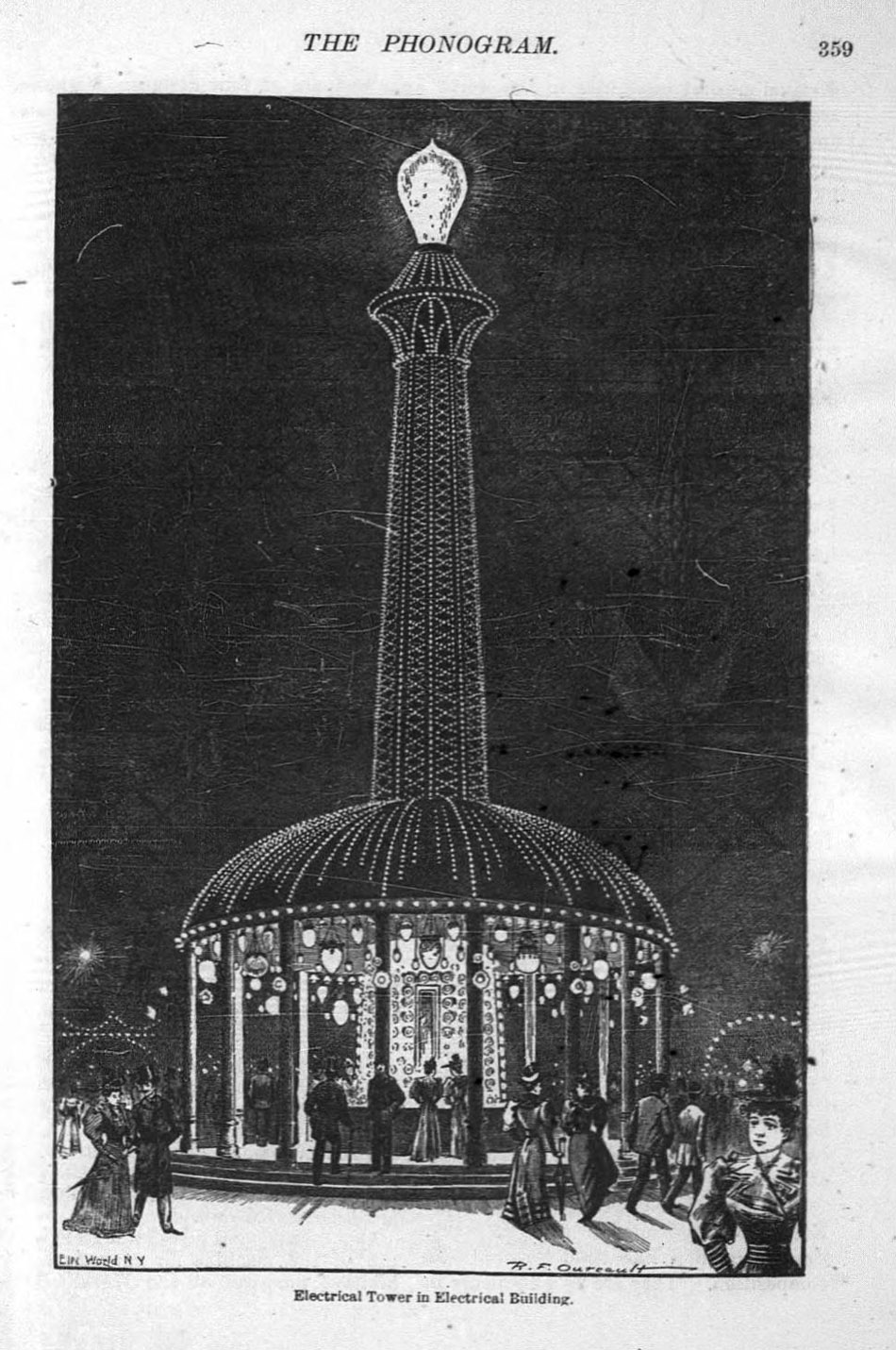 "They found much in the building to greatly interest them; great electric lenses used in lighthouses, the Edison electric column -- covered with five thousand electric globes -- and many other wonderful things; a beautiful scene in the daytime, but far more gorgeous at night, as they readily perceived that it would be; so they decided to pay a second visit after the lighting up that evening." 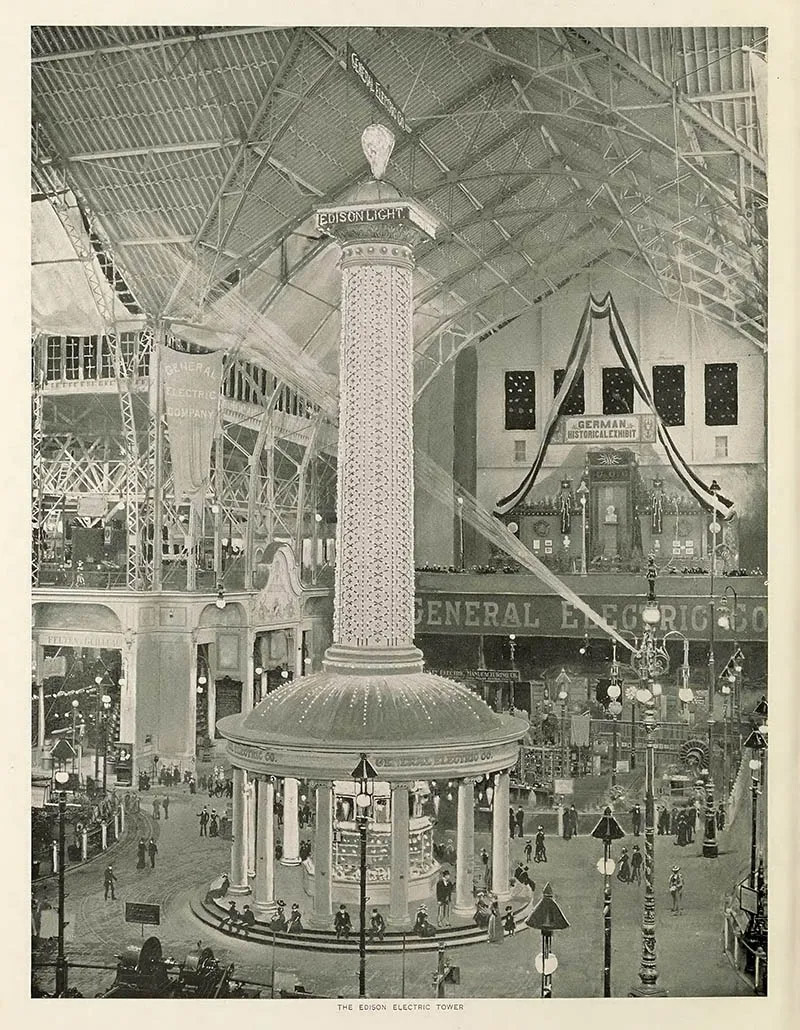 The Edison Tower of Light in the General Electric exhibit in the Electricity Building with its eight-foot tall light bulb at the top.

(Image from Bancroft, Hubert Howe The Book of the Fair. The Bancroft Company, 1893.) 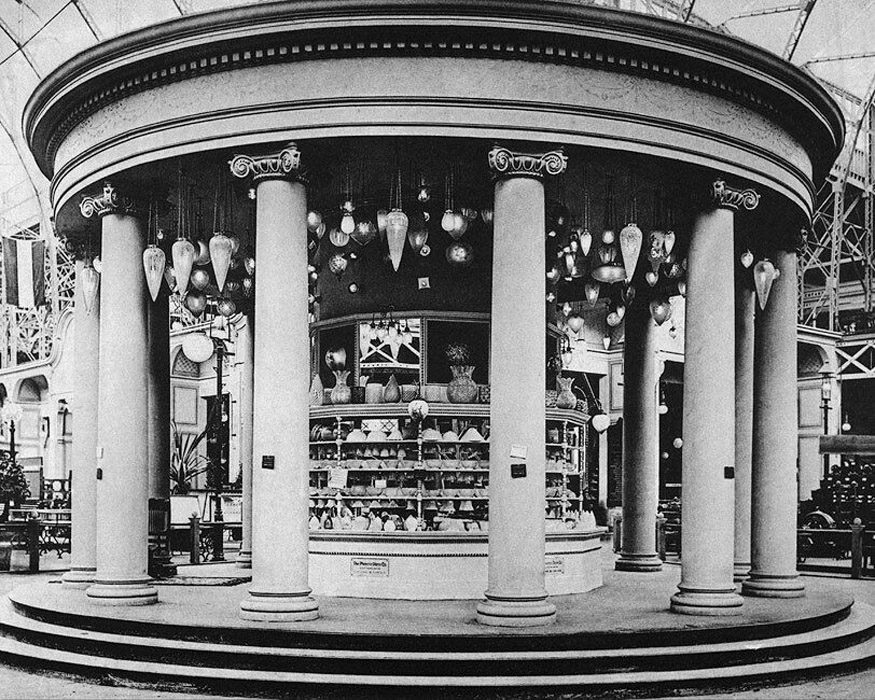 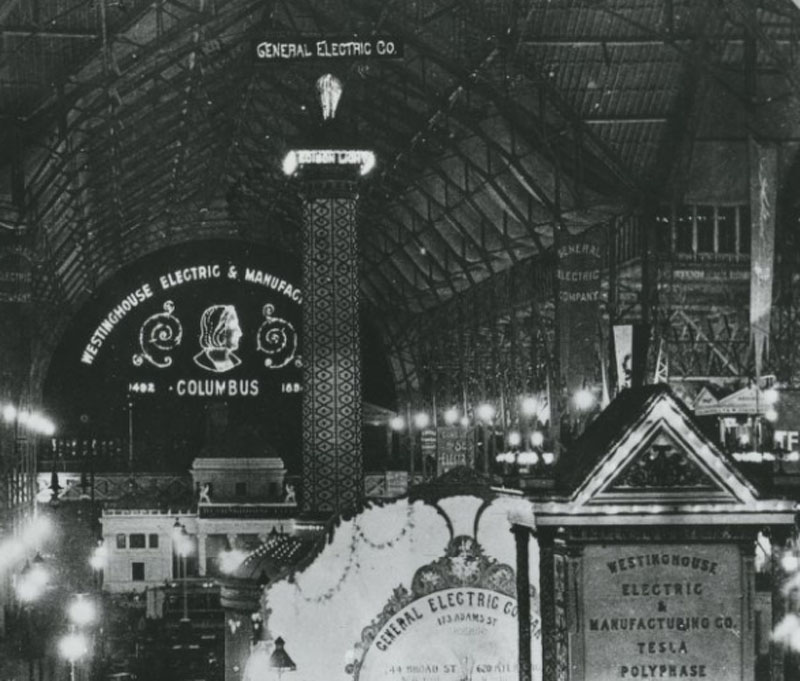 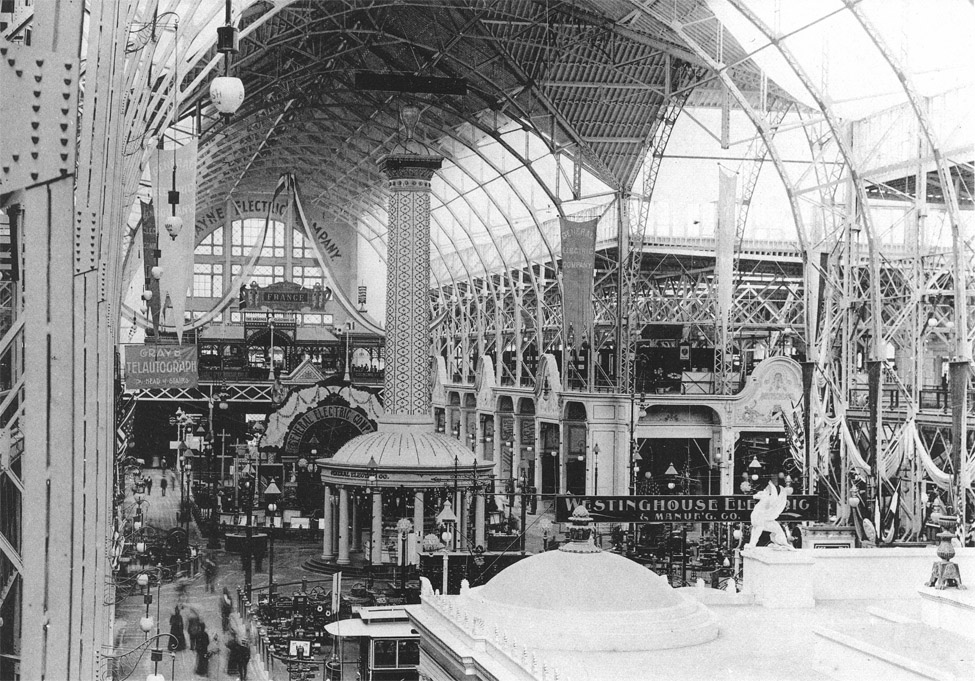 See CHICAGOLOGY for more photographs and details about the Electricity Building 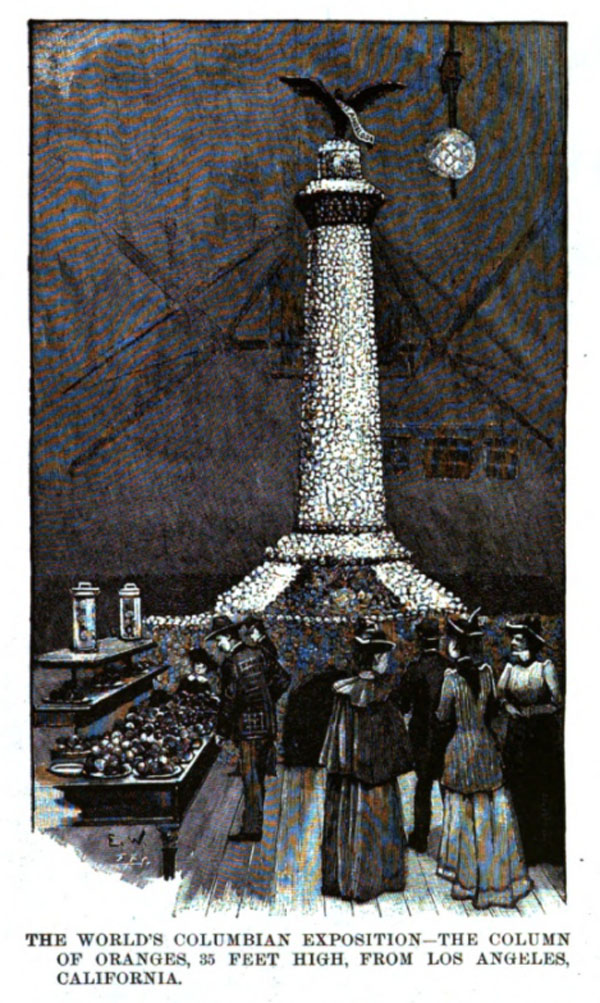 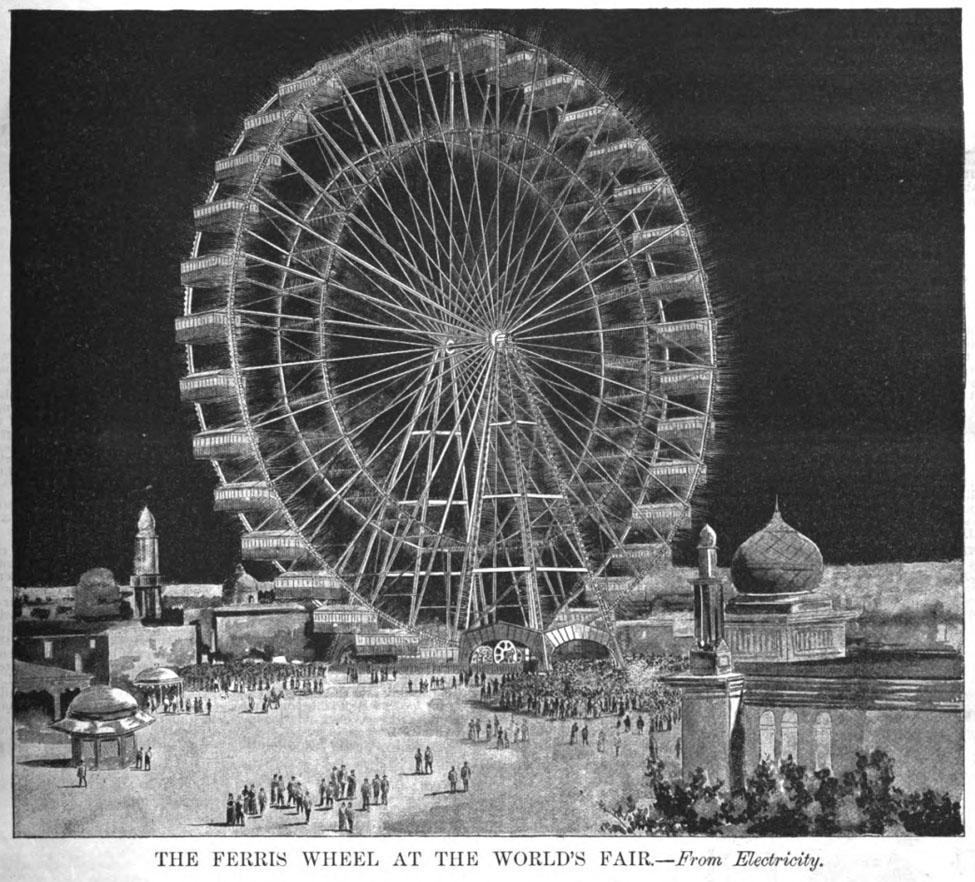 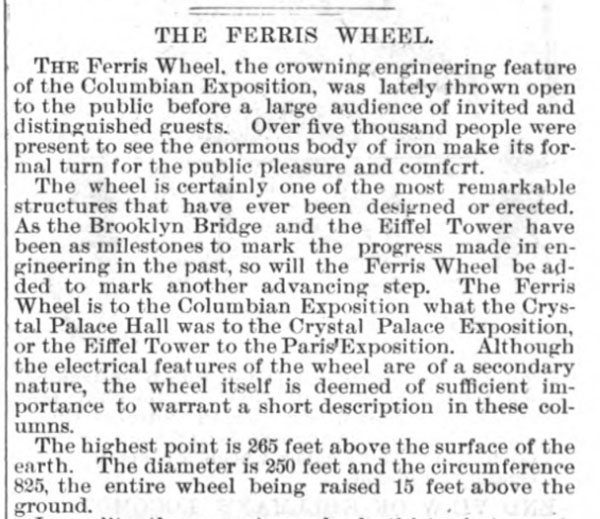 The Edison Float in the New York Columbian Celebration, 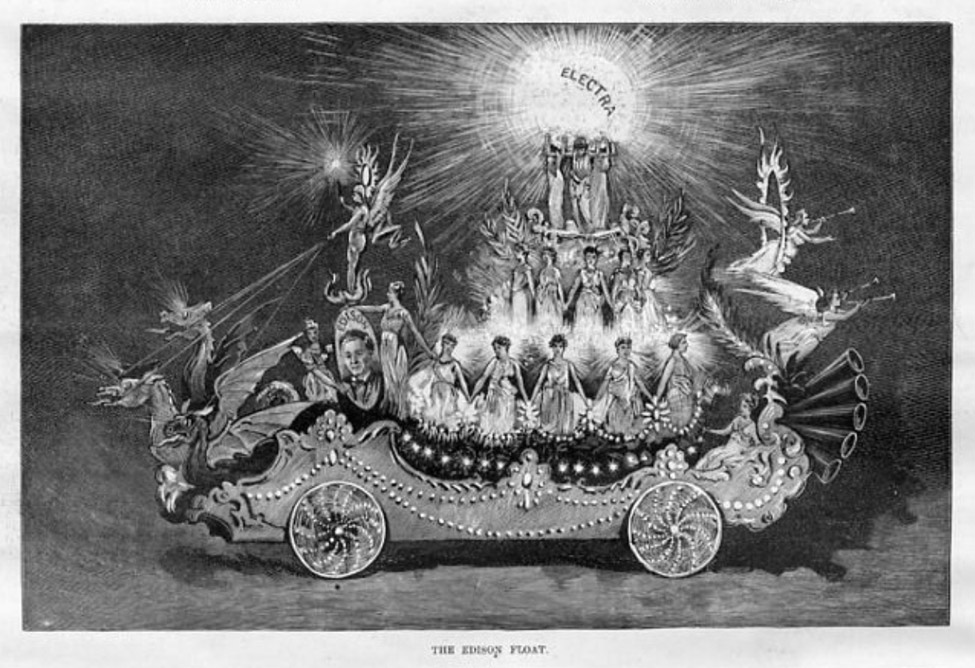