The World's Columbian Exposition of 1893, the Phonograph and Education 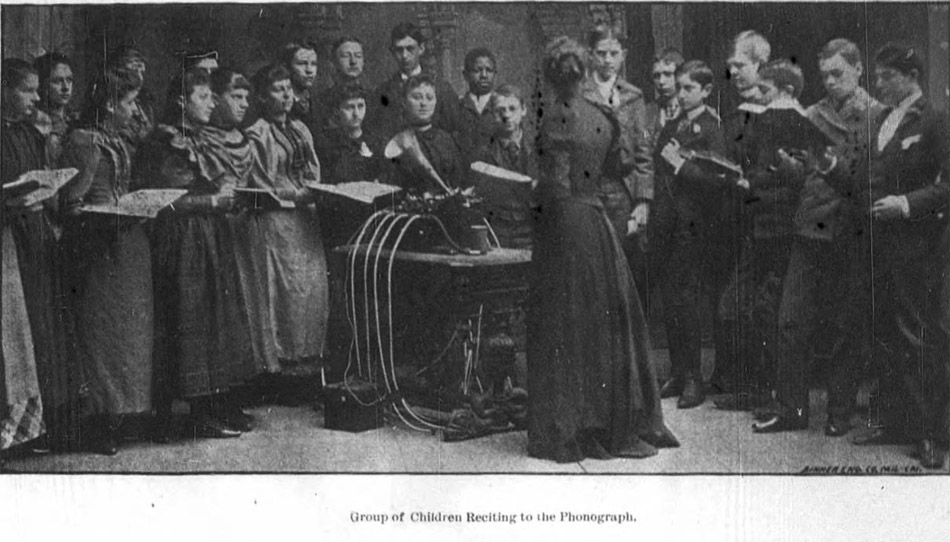 The Phonograph and Education

By May of 1893 the Phonograph had become commercially successful with its coin-in-the-slot phonographs and entertainment records. The World's Columbian Exposition offered an opportunity for the phonograph industry to showcase other uses for the phonograph. One of these uses was education. The following are examples of exhibits and efforts to show the educational benefits derived by using the Edison phonograph that were promoted at the Columbian Exposition.

The Milwaukeee Public Schools' Exhibit at the World's Fair was designed to show educational benefits and "progress in studies by means of the phonograph." 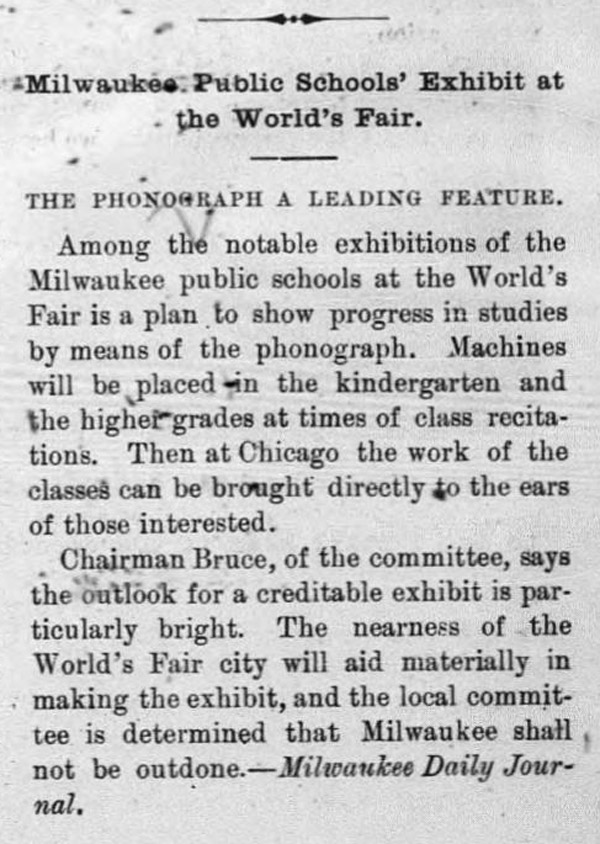 Four educational benefits derived by using the Edison phonograph were planned for the Columbian Exposition in what it called "the educational exposition." 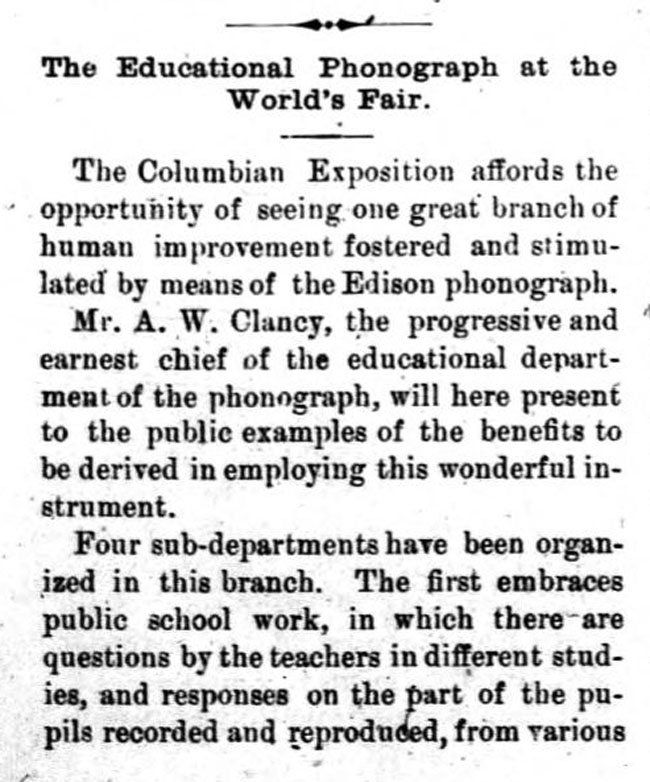 The Phonogram, March and April 1893

Note: The Phonogram was the official organ of the phonograph companies of the United States

The March and April 1893 was "The World's Fair Number" 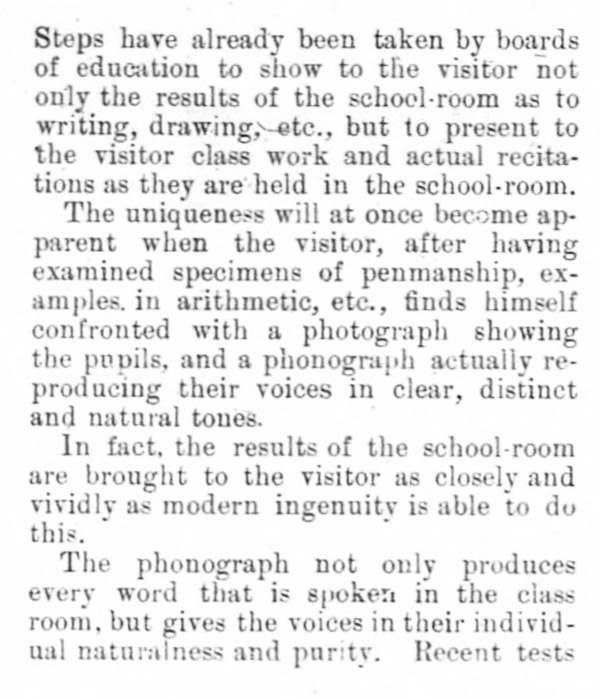 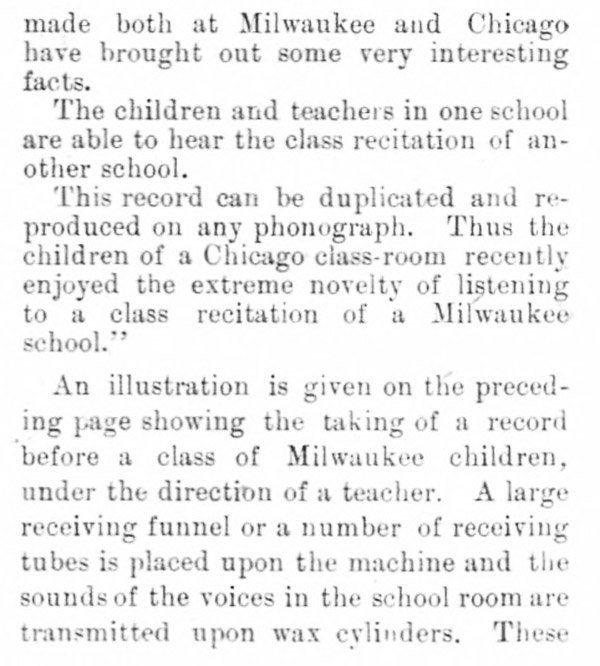 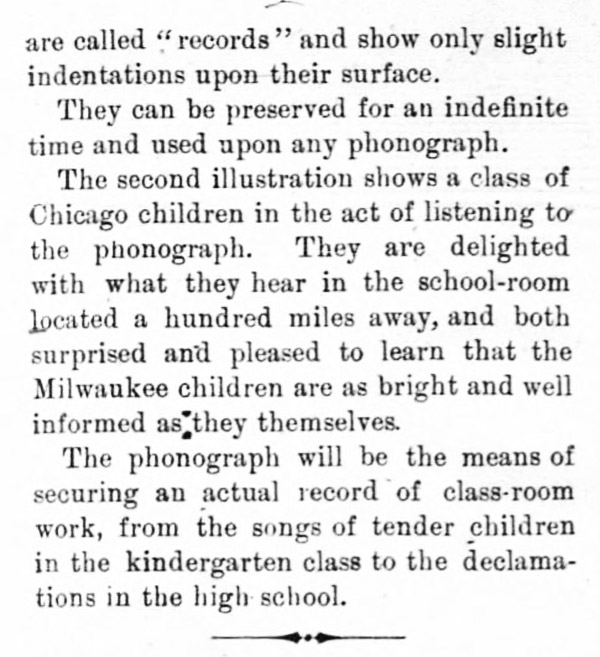 "The taking of a record before a class of Milwaukee children, under the direction of a teacher. A large receiving funnel or a number of receiving tubes is placed upon the machine and the sounds of the voices in the school room are transmitted upon wax cylinders. These are called  records  and show only slight indentations upon their surface." The Phonogram, March-April 1893, p. 362-363 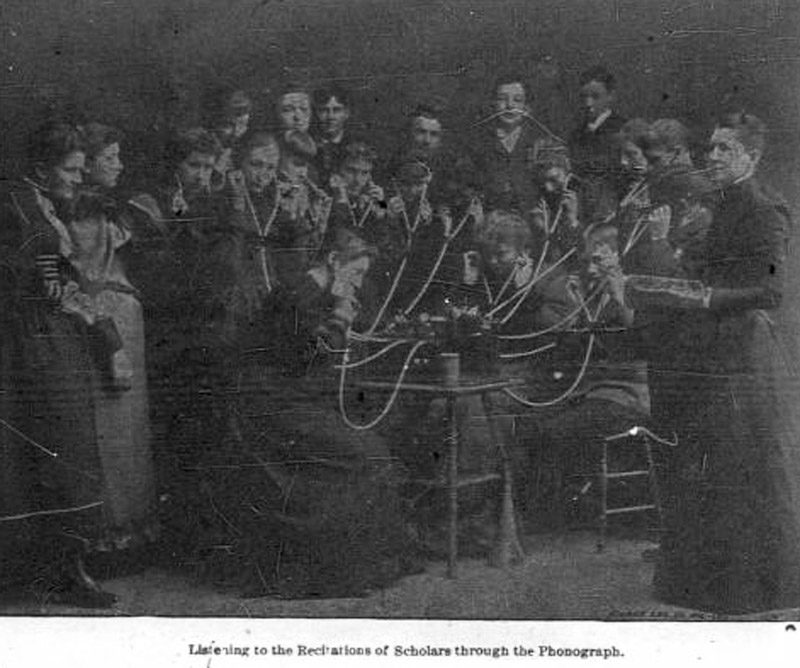 "The second illustration shows a class of Chicago children in the act of listening to the phonograph. They are delighted with what they hear in the school-room located a hundred miles away, and both surprised and pleased to learn that the Milwaukee children are as bright and well informed asthey themselves.

The phonograph will be the means of securing an actual record of class work, from the songs of tender children in the kindergarten class to the declamaions in the high school."