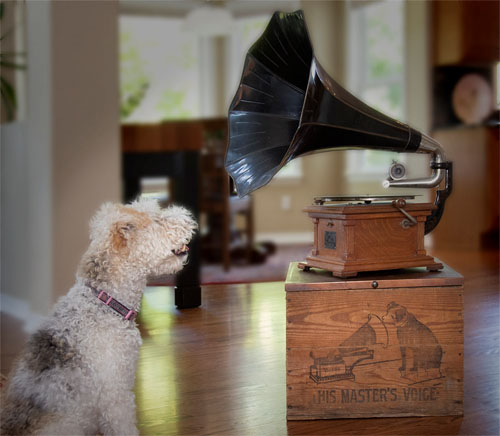 The Pick of the Litter

Two dogs were left in the litter when Sharon picked Nikki and brought her home from a Nebraska farm in April of 2011. Nikki was our second Wire Fox Terrier and a Friend of Nipper. 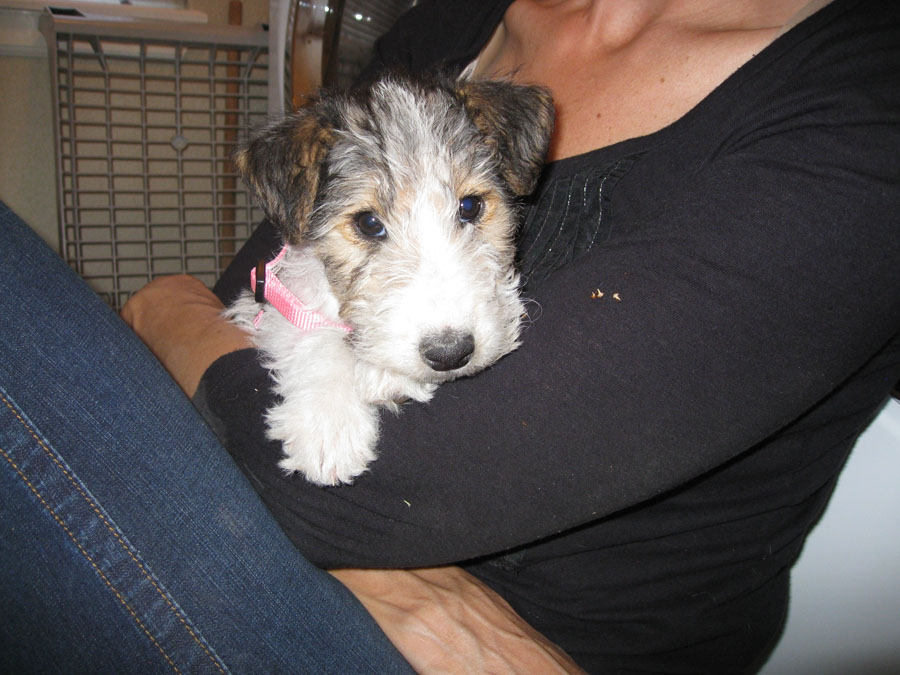 There were a few early days when we told Nikki that perhaps the wrong choice had been made -- and that we'd have to send her back to the farm. But of course Nikki only heard "Wah wah wuh wah wuh." And "back to the farm" was an idle threat as she already had our hearts.

A Friend of the Phonograph

Nikki didn't attend as many Phonograph birthday parties as her 'sister' Carie had, but she did have the same greeting routine for any guest. The doorbell would ring, she would run to the door and bark, then wait to see who was going to enter. After the initial sniffs she was always ready to offer someone the privilege of being able to rub her tummy as she rolled over.

Nikki spent alot of time in my office and often helped me make important decisions for my phonographia website.

Nikki had a small doggie bed in that office underneath the large desk and bookshelf so she was literally surrounded much of the day by phonograph books and phonographs. I'm not sure if she liked that space because it felt like her private cave or if she just wanted to be close to the phonographs in the room. DNA says "cave" but I like to think it was the "phonographia." 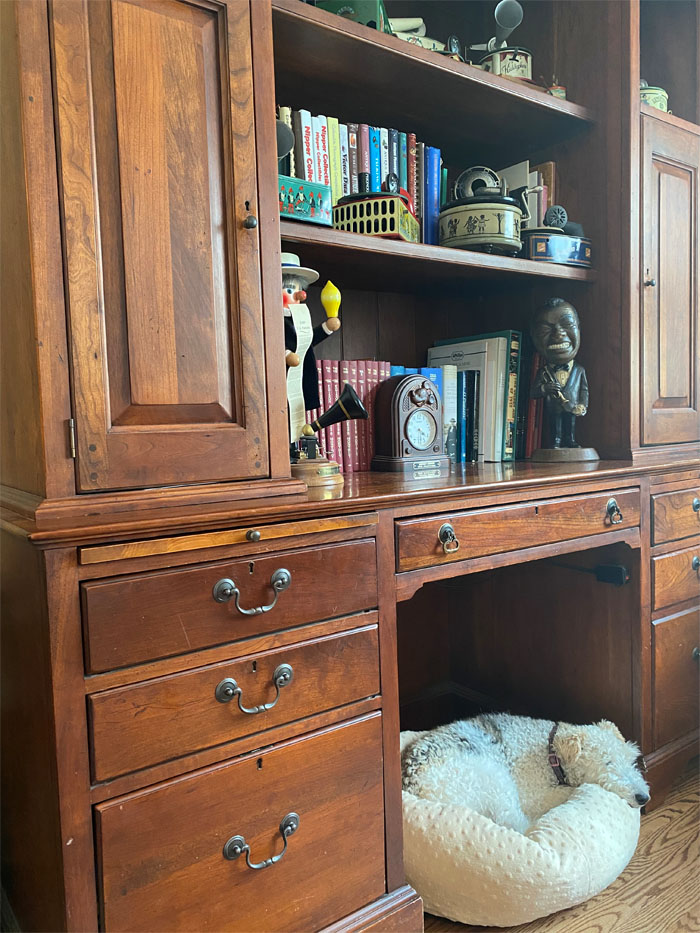 She also spent alot of time under my writing desk taking a nap or just waiting while I read or worked. 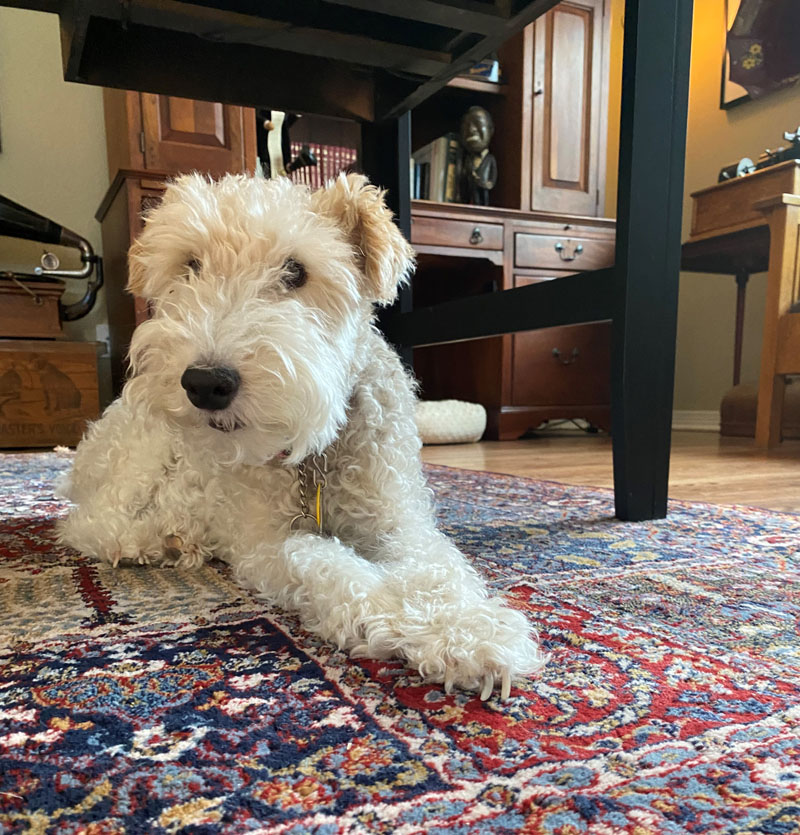 Nikki enjoyed watching Sharon sew or workout on the elliptical machine; or she would sit on Sharon's lap to help her read. She would often stretch out across Sharon's lap in a way that seemed like she thought it would prevent Sharon from moving. But whatever Nikki was doing if she heard the UPS or FedEx truck in our cul-de-sac it became her primary focus. She would race to the front door and bark, even if the delivery was for a neighbor.
Nikki of Nipperdom - March 8, 2011 - May 30, 2022

Nikki was born on March 8, 2011 at the Pankonin Farm in Grant, Nebraska. Nikki lived in two houses during her lifetime, both in Westminster, Colorado and both with fences. 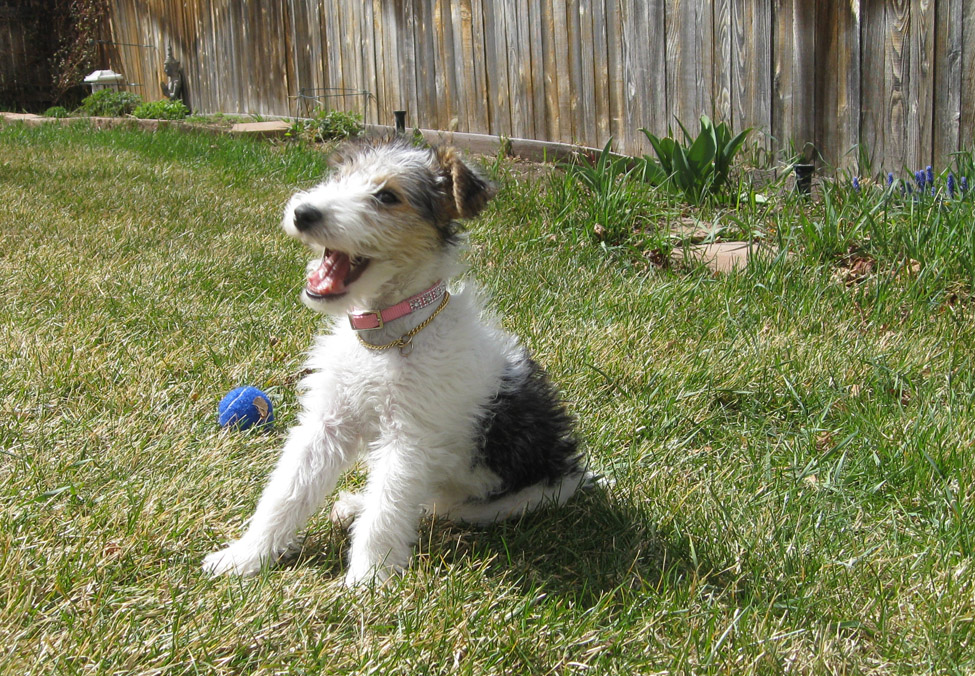 Nikki loved getting in the car. She was a dog that couldn't be trusted off the leash and when she did manage to "take off' then the most effective way to get her to come back was to ask her to get into the car. If she slipped out the front door I would go the garage and open the car door and then find her (usually sniffing around at one of the neighbors) and tell her "Nikki, get in the car" and she would race back home and hop into the car. I usually then felt that I should back out of the drive and drive back in so that she at least took 'a short ride.'

Our favorite example of Nikki "taking off" was one year when we had a painter doing some work and apparently on one of his trips to his truck the screen door didn't get fully shut. We soon got a phone call from our vet that Nikki had been found. It started out as an odd conversation since Sharon and I didn't even know that Nikki was missing. Fortunately Nikki had an implanted chip and ID on her collar and the neighbor who 'found' Nikki had called that number and our Vet then called us. Not only had Nikki gotten out of our house, she had somehow gotten into the neighbors house where they discovered Nikki finishing their dog's breakfast in their kitchen. Nikki seemed quite satisfied with that meal and also probably wanted some credit for introducing us to neighbors we had not met.

Nikki is part of many of our stories, not the least being her travels with us on road trips. She visited the Tetons and Yellowstone, Glacier National Park, Washington's Long Beach Peninsula and and the forests of Colorado, Oregon and Washington. She was able to visit her two black lab friends, Pete and Bennett, when we stayed at their Washington coast cabin on a cove of the Pacific Ocean. Estes and Rocky Mountain National Park were day trips and she was a good travel passenger on her many trips to Nebraska, primarily Lincoln to visit family and friends. Nikki's last road trip was to Reno at the end of August 2021. Nikki loved going to the doggie motel when we travelled without her. She couldn't wait to go through that door to check-in and have her social and barking time with other dogs. But if we had a choice Nikki was on the road with us.

There are nice trails in our neighborhood with many people walking their dogs. But she always kept her eyes forward and just kept walking when we passed any dog. She really was a good walker and we often praised her for being the best mannered dog on the paths with a "what a good girl you are" ((just like we always called her predecessor Carie, although in Carie's case not for her on the path walking etiquette). 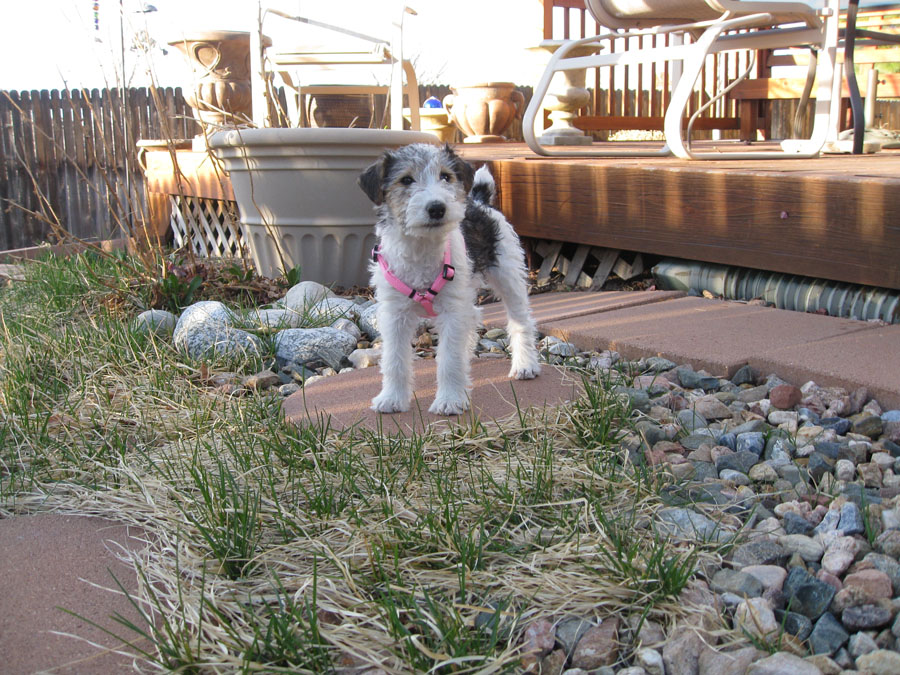 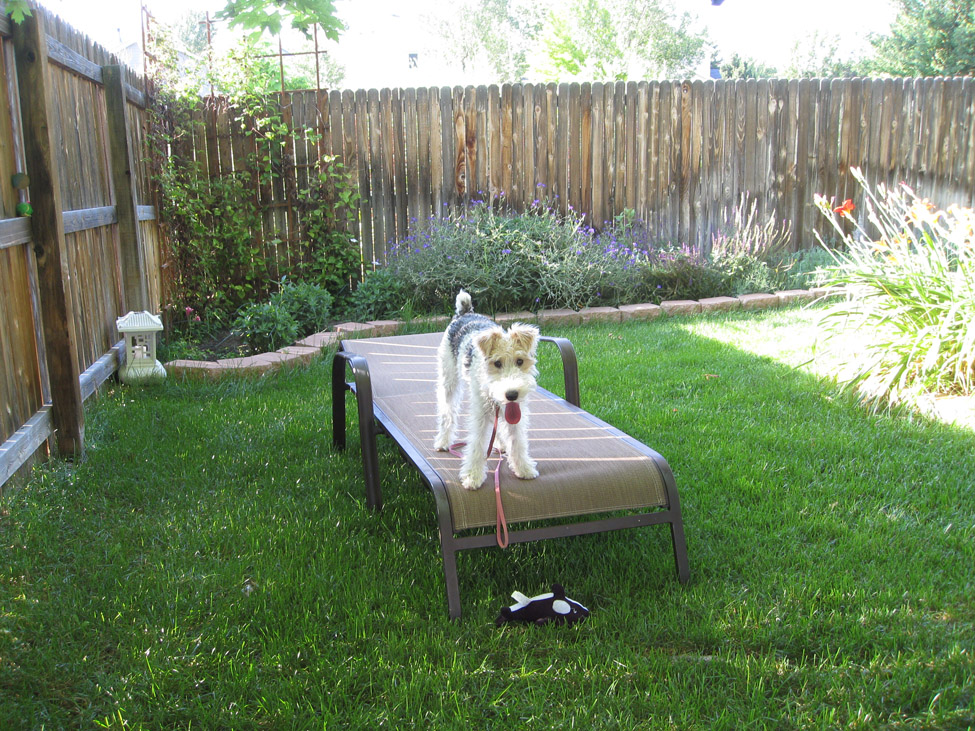 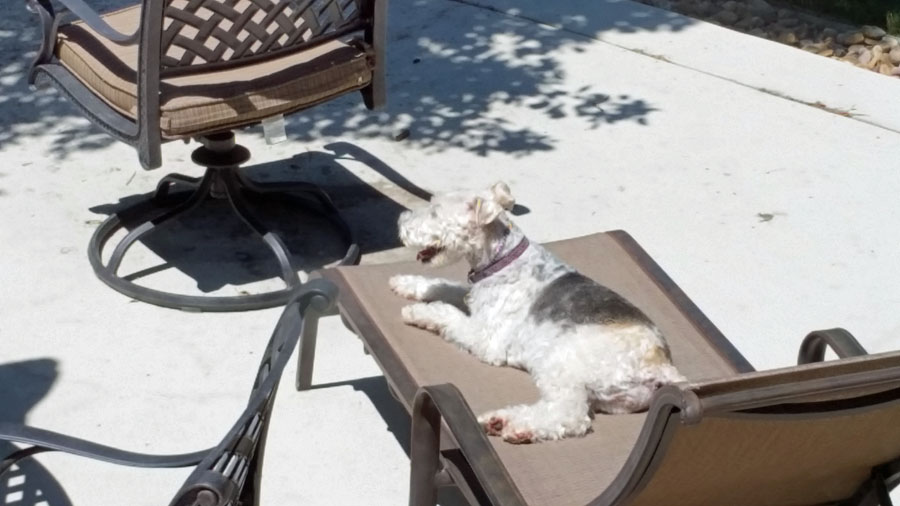 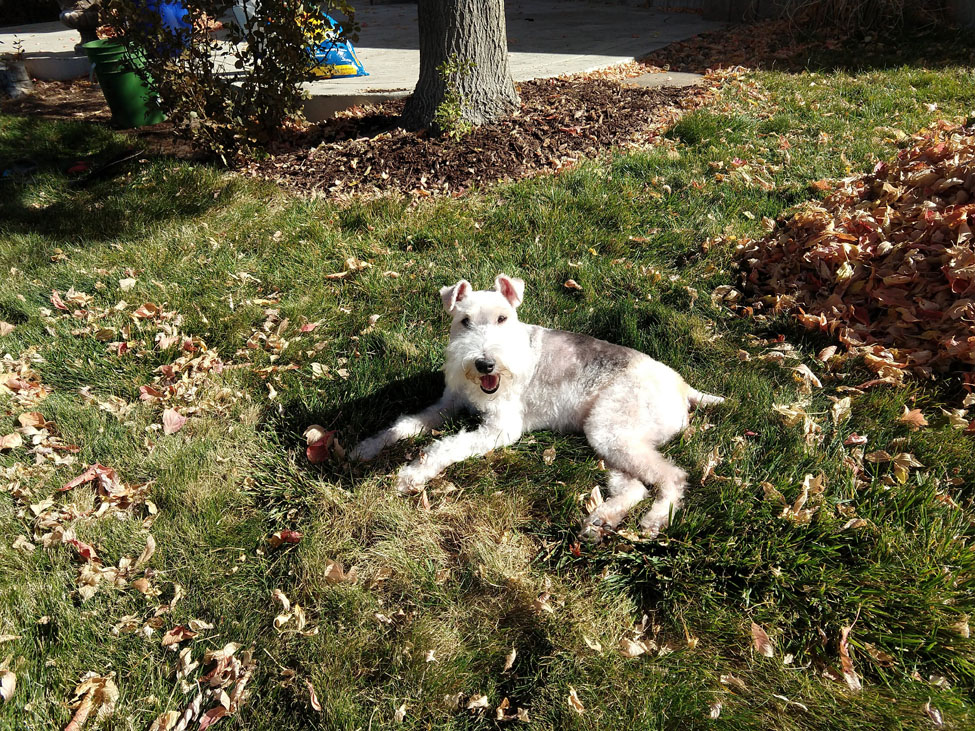 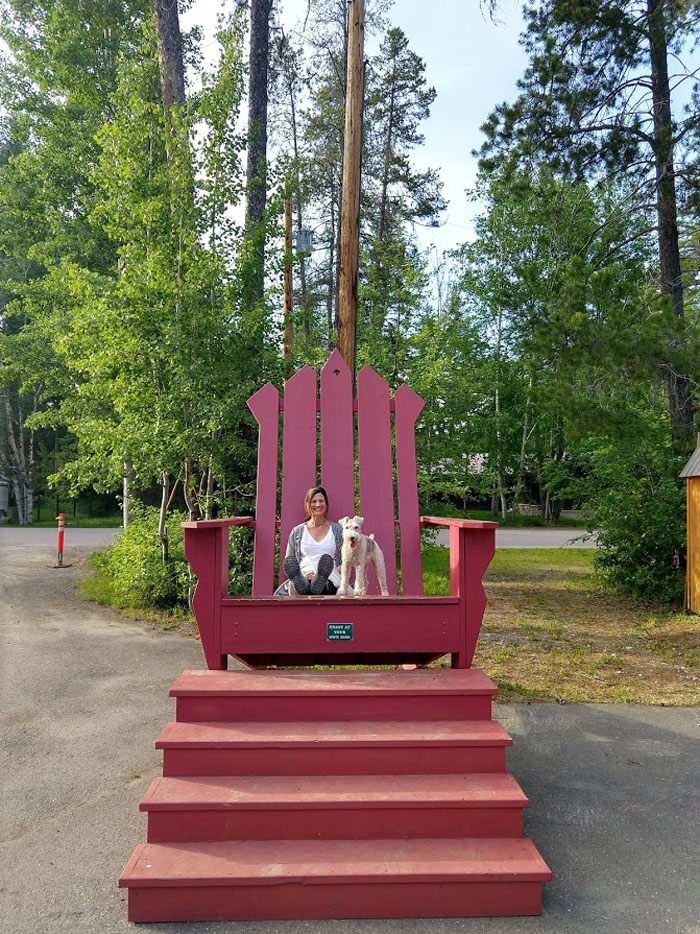 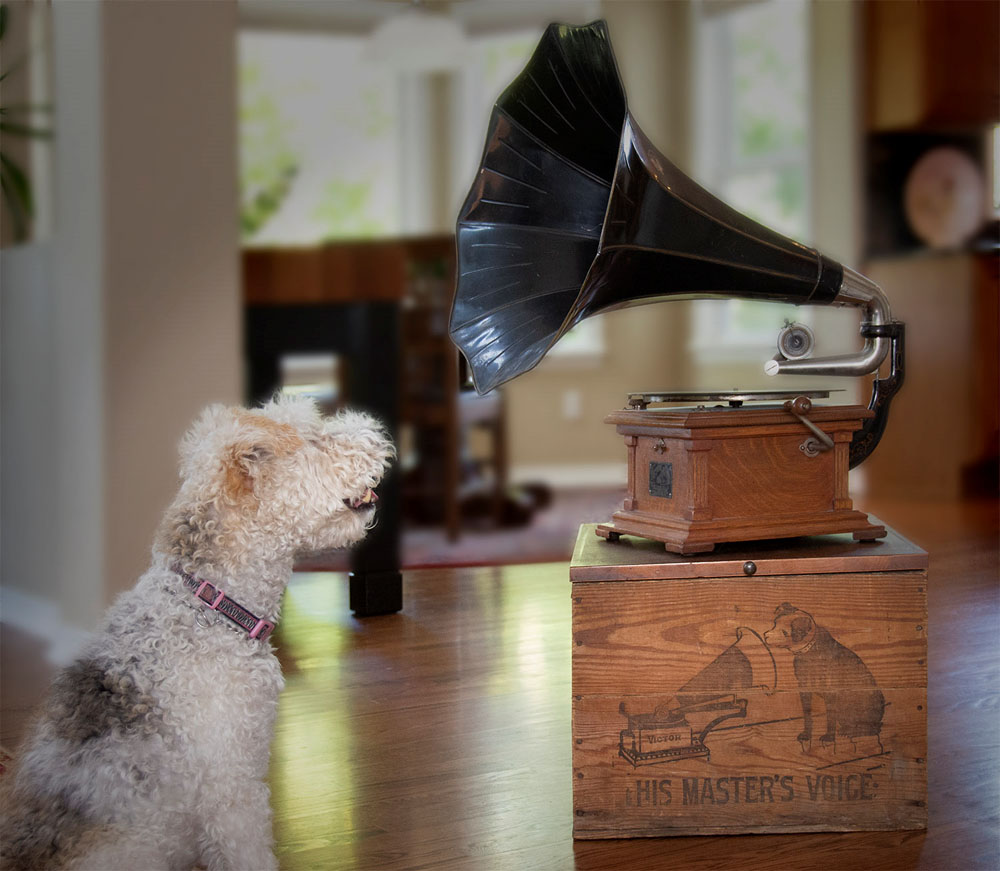 Nikki had her own mannerisms and routines but nothing that could be trade-marked like Nipper. She wasn't selling any Gramophones but what she had was the priceless gift of always greeting you with unmatched pure affection and readiness for what's next.

On this particular morning I had taken the garbage out and after I came back into the garage all of a sudden the other garage door went up. I looked around to see if Sharon was sitting inside her car but she wasn't. Pretty soon the garage door started down again and then stopped. Then it went down again and closed. A little later the door again went up and then stopped.

I had no idea what was going on and thought maybe the garage door button on the wall had broken or that someone else had connected to our frequency. 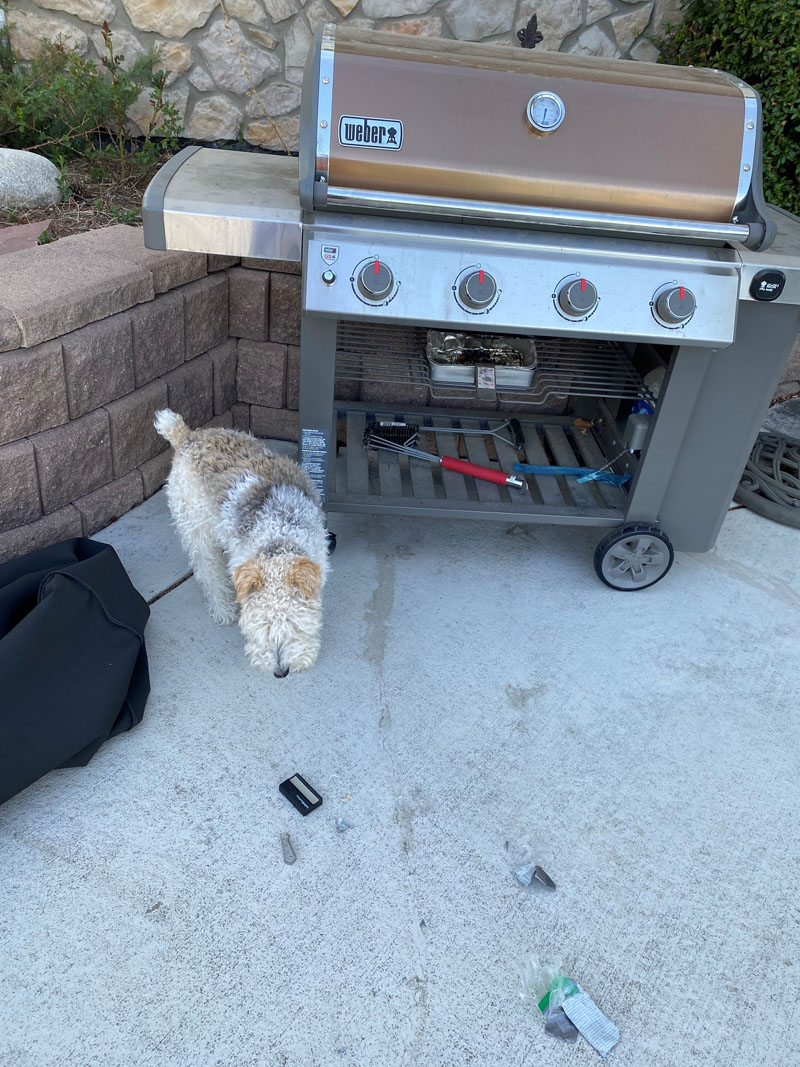 I went inside the house and when I got into the kitchen I looked out the window and saw something on the patio and recognized it as one of our remote controls. I then saw that Nikki was still in the backyard and remembered that I had duck taped the extra remote control underneath the grill in a plastic bag. We had just grilled the night before and the grill's cover hadn't been put back on and I realized Nikki had apparently been underneath the grill (as she was probably looking for something from the previous night's cooking) and for some reason she had pulled down the plastic bag with the remote in it and must have had it in her mouth and been activating the garage door.

The evidence was all there. The duck tape, the empty bag, the remote. And Nikki.

I don't know how she did it but she had her mischievous side and it made us both smile that she was still our "Little Stinker."

Her life was too short but we'll always remember that from the beginning this small being could amaze us with her sweetness and her unconditional love.

She will always be in our hearts.

Requiescat In Pace, Nikki of Nipperdom. 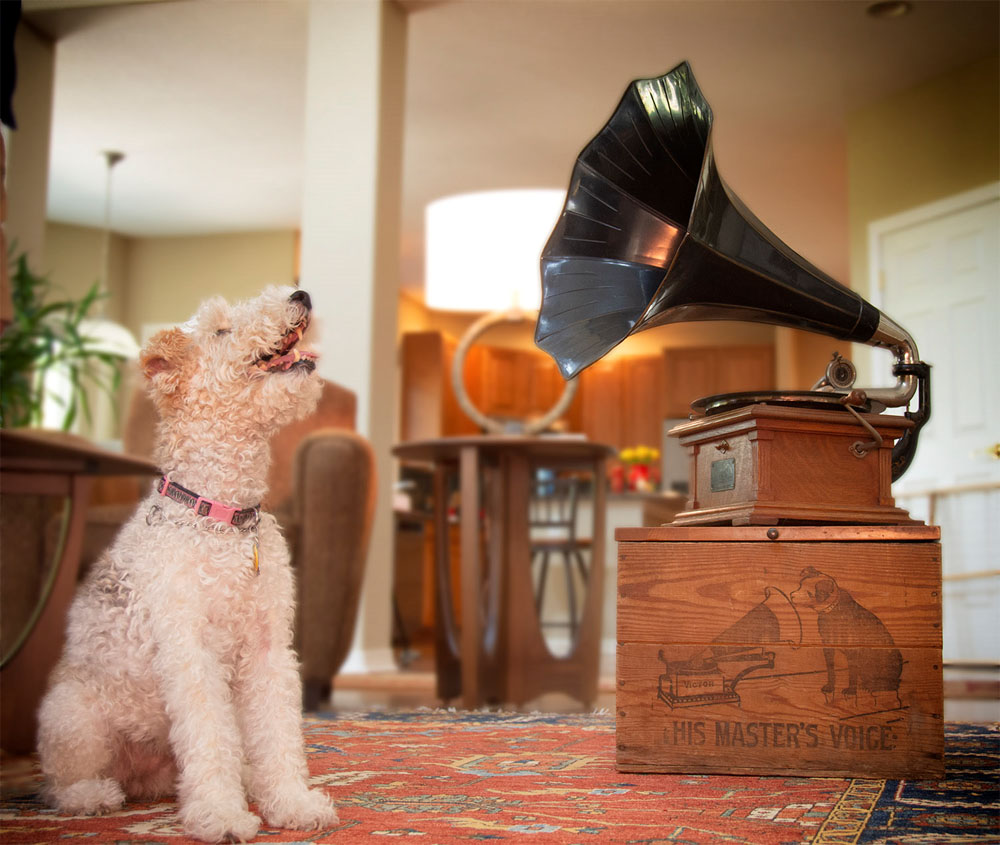