With the Eyes Shut 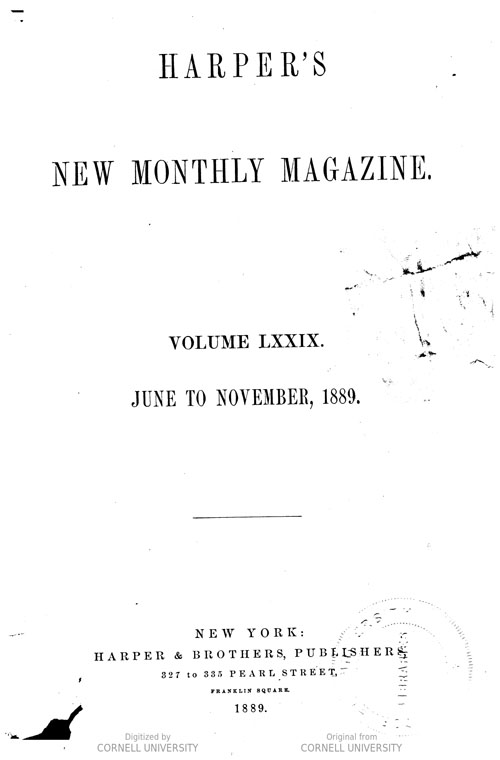 This short story by Edward Bellamy features a train ride where a passenger (the author) is asked if he wants a book to read. He replies that he can't read on the cars and only wants to be left alone. The train boy then apologizes and says: "Beg pardon, sir...but I'll give you a book you can read with your eyes shut. Guess you haven't taken this line lately," he added as I looked up offended at what seemed impertinence. "We've been furnishing the new fashioned phonograph books and magazines on this train for six months now, and passengers have got so won't have anything else." (p. 736) 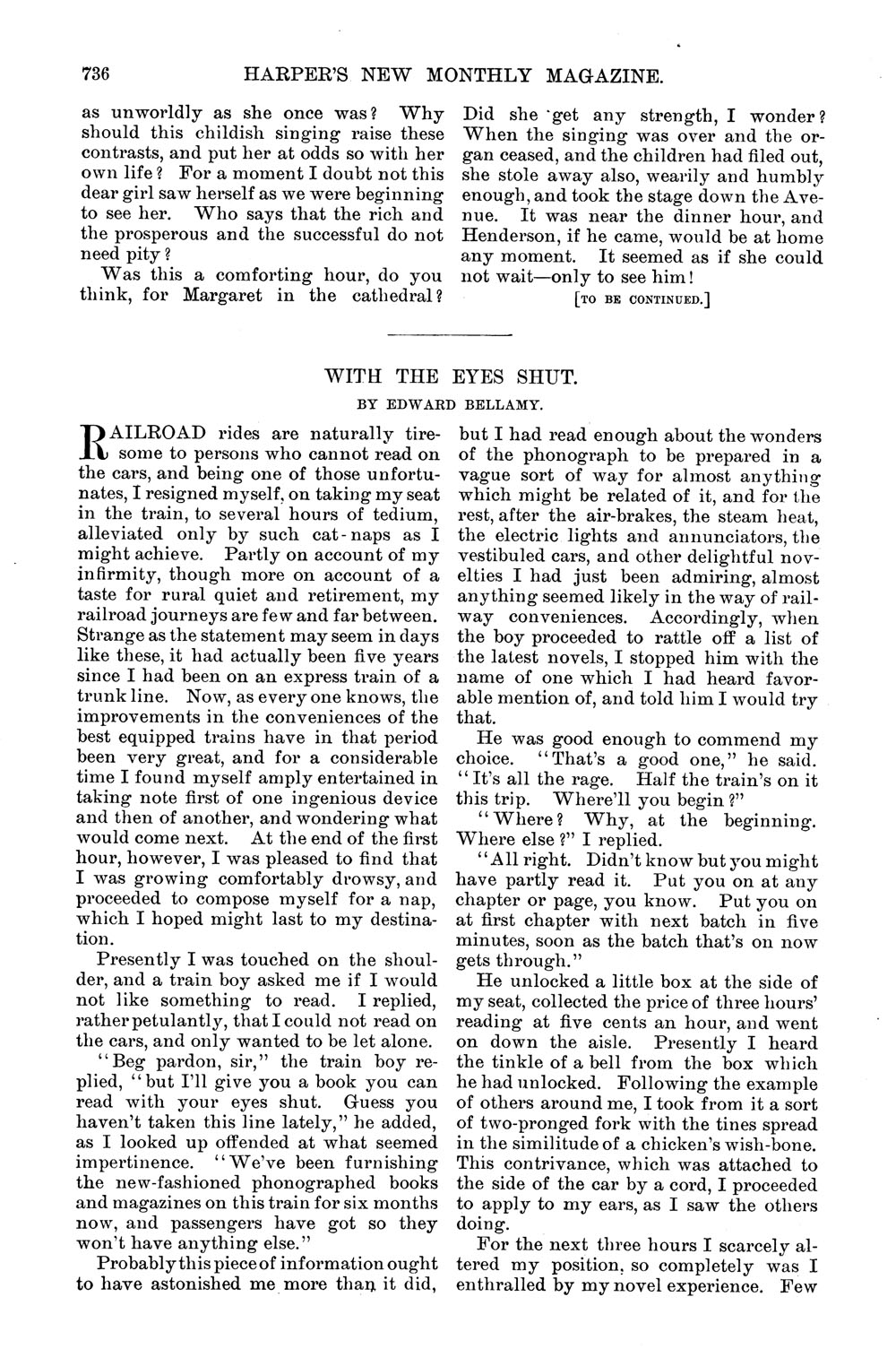 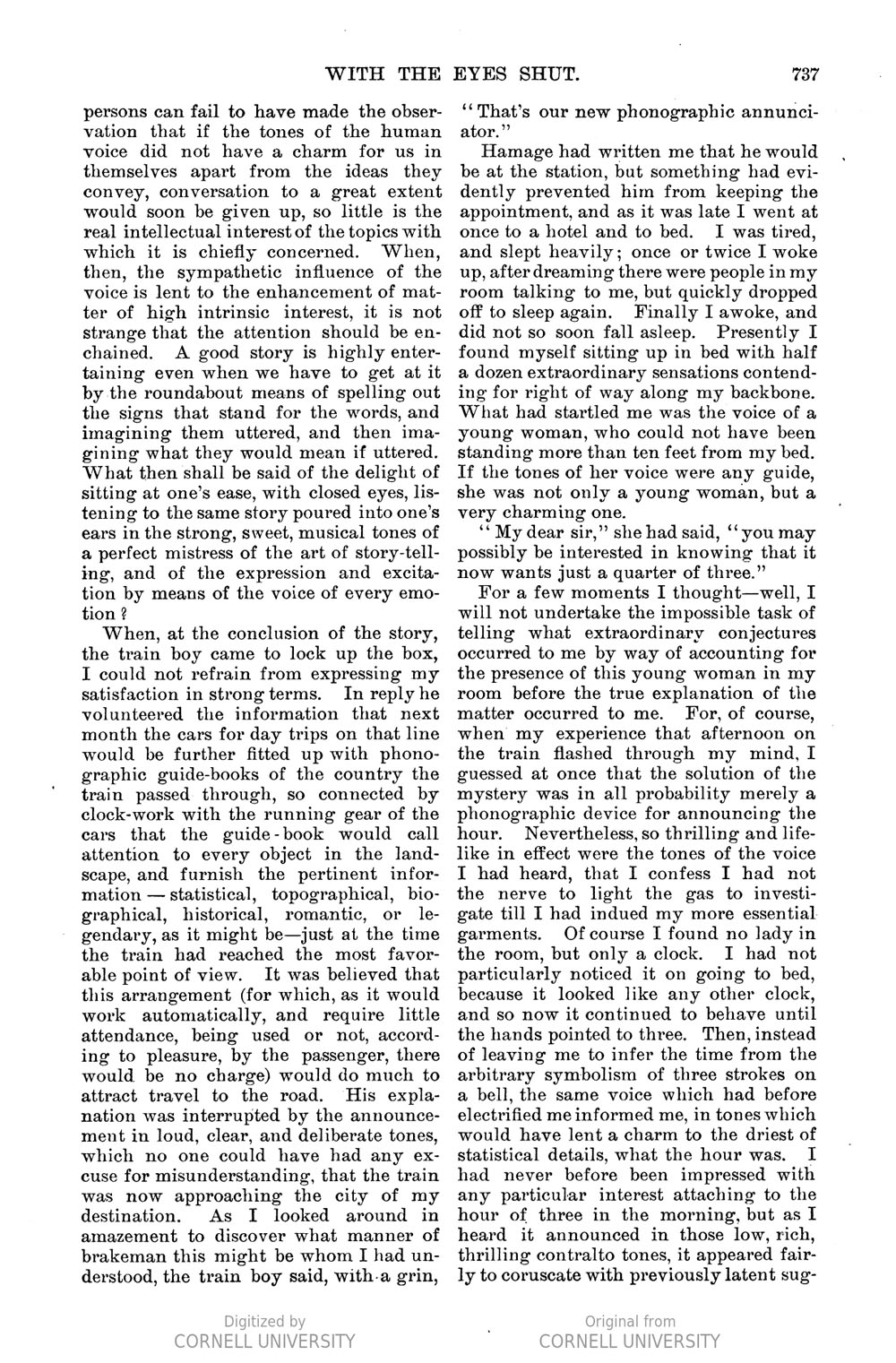 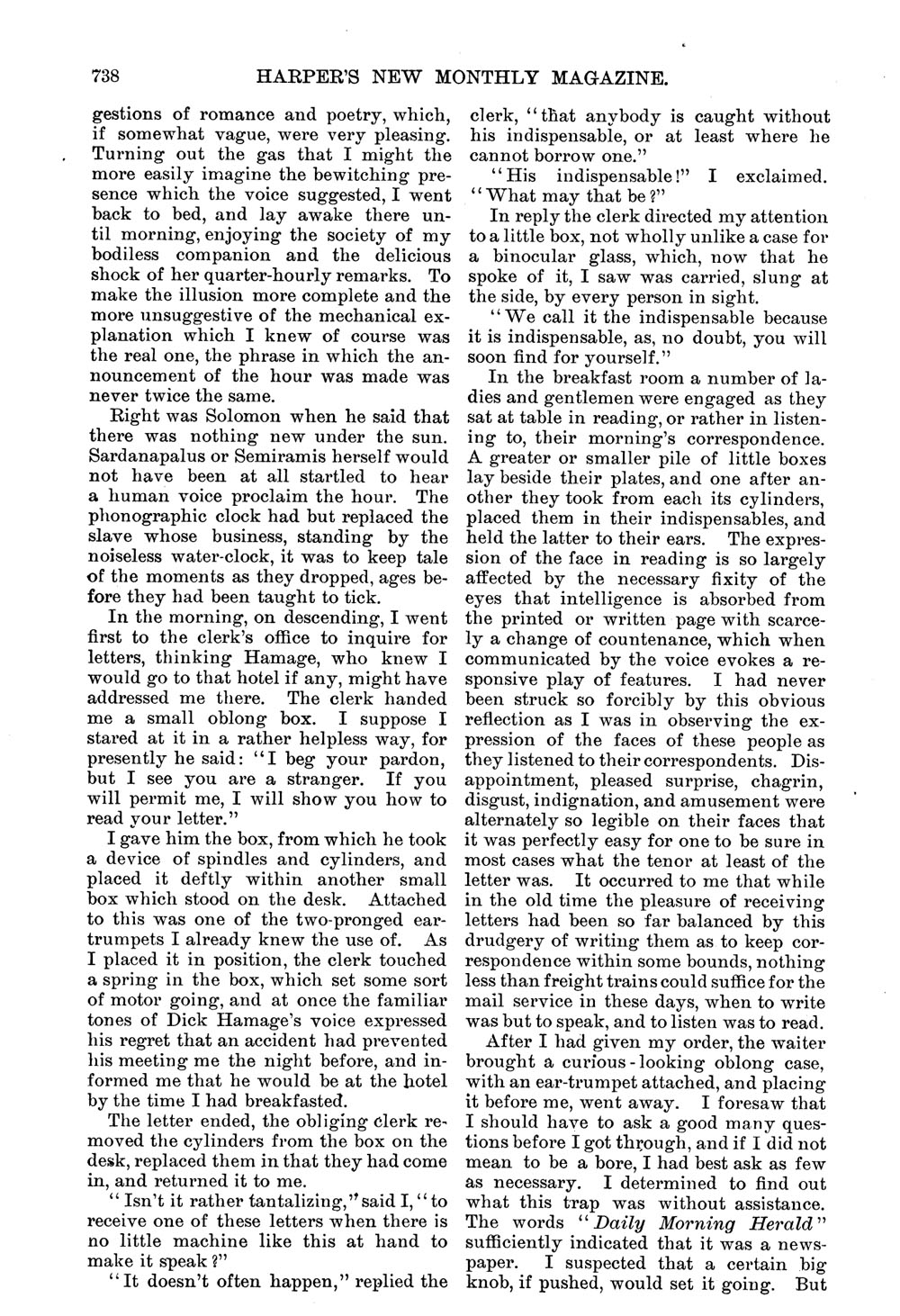 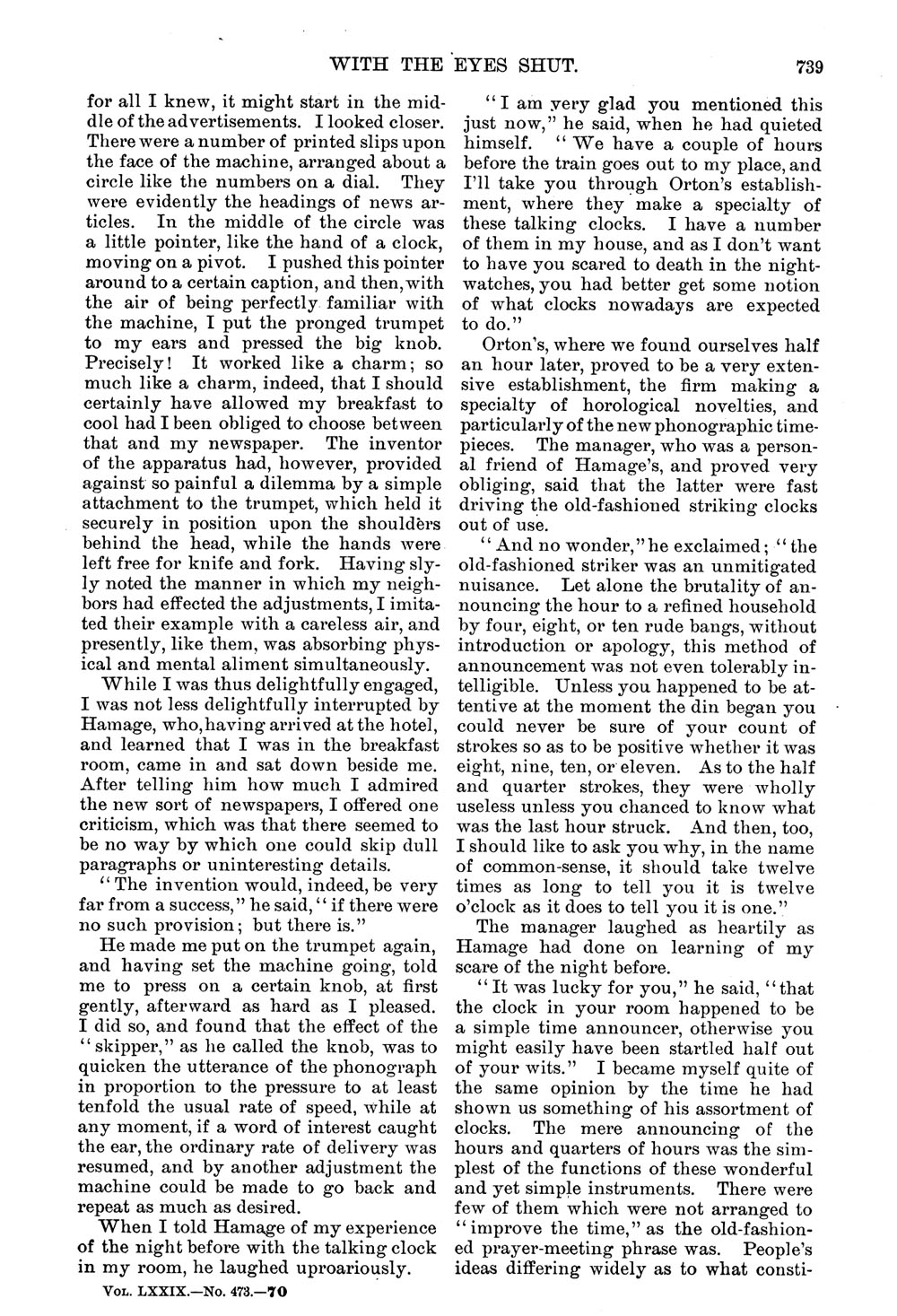 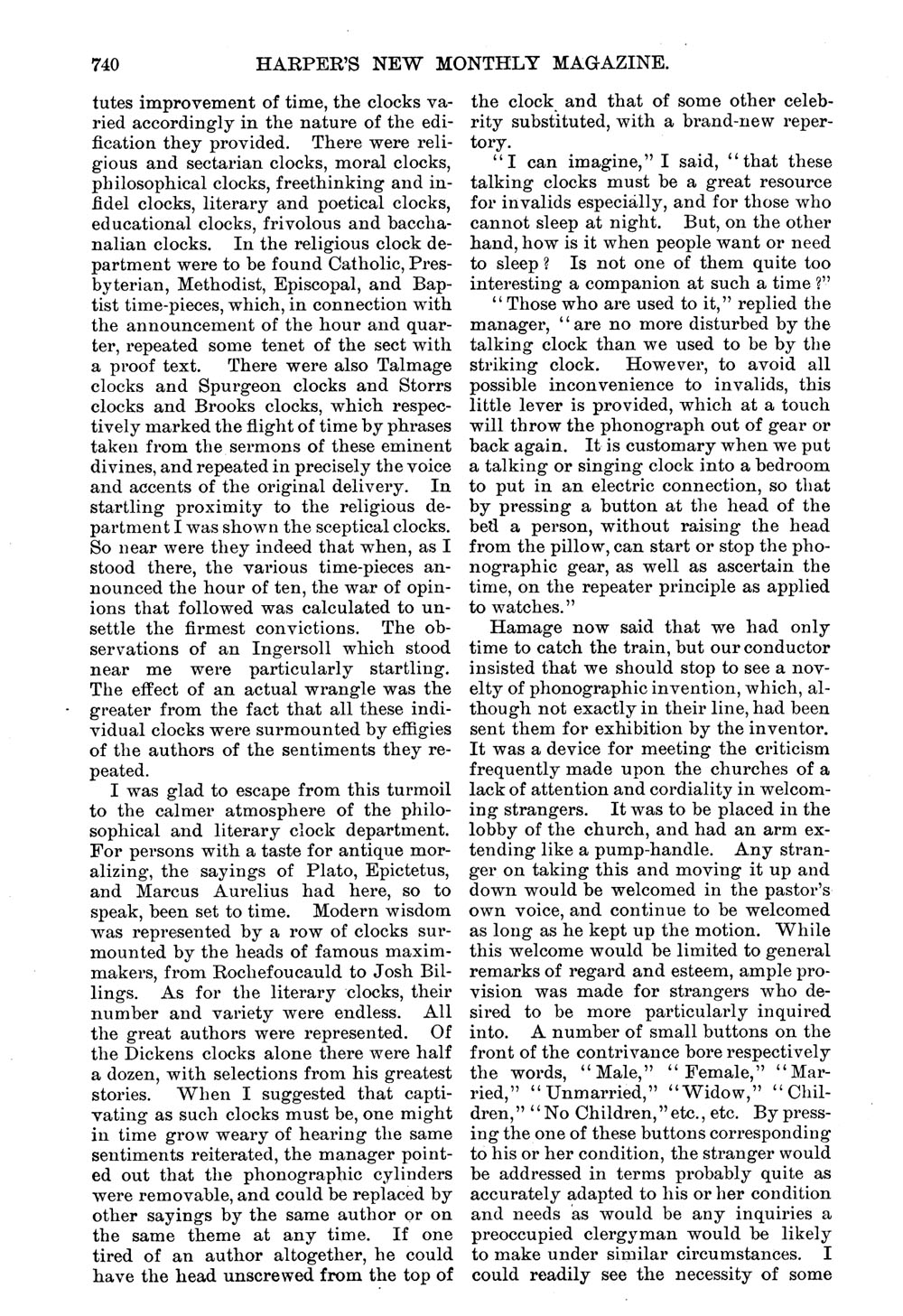 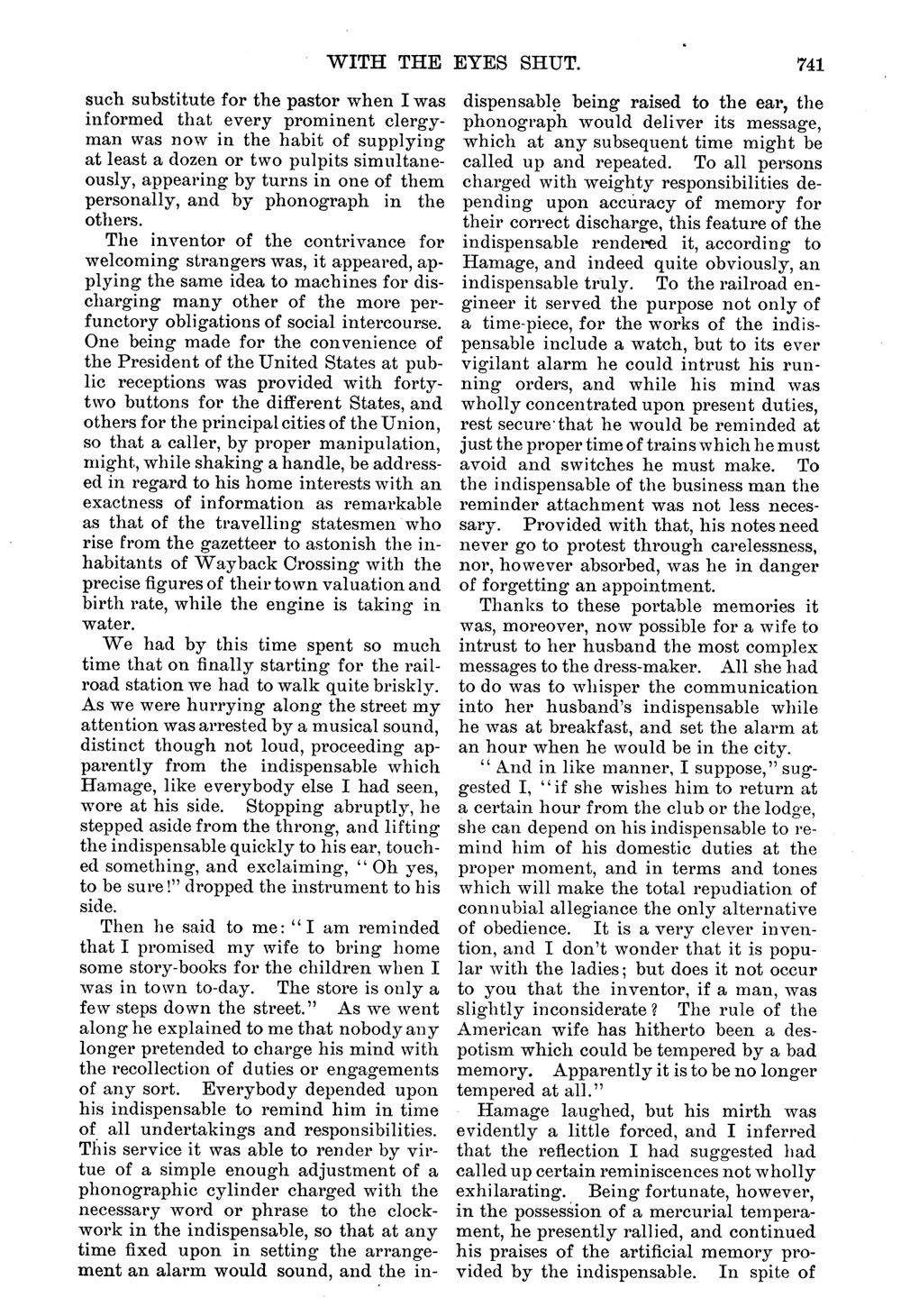 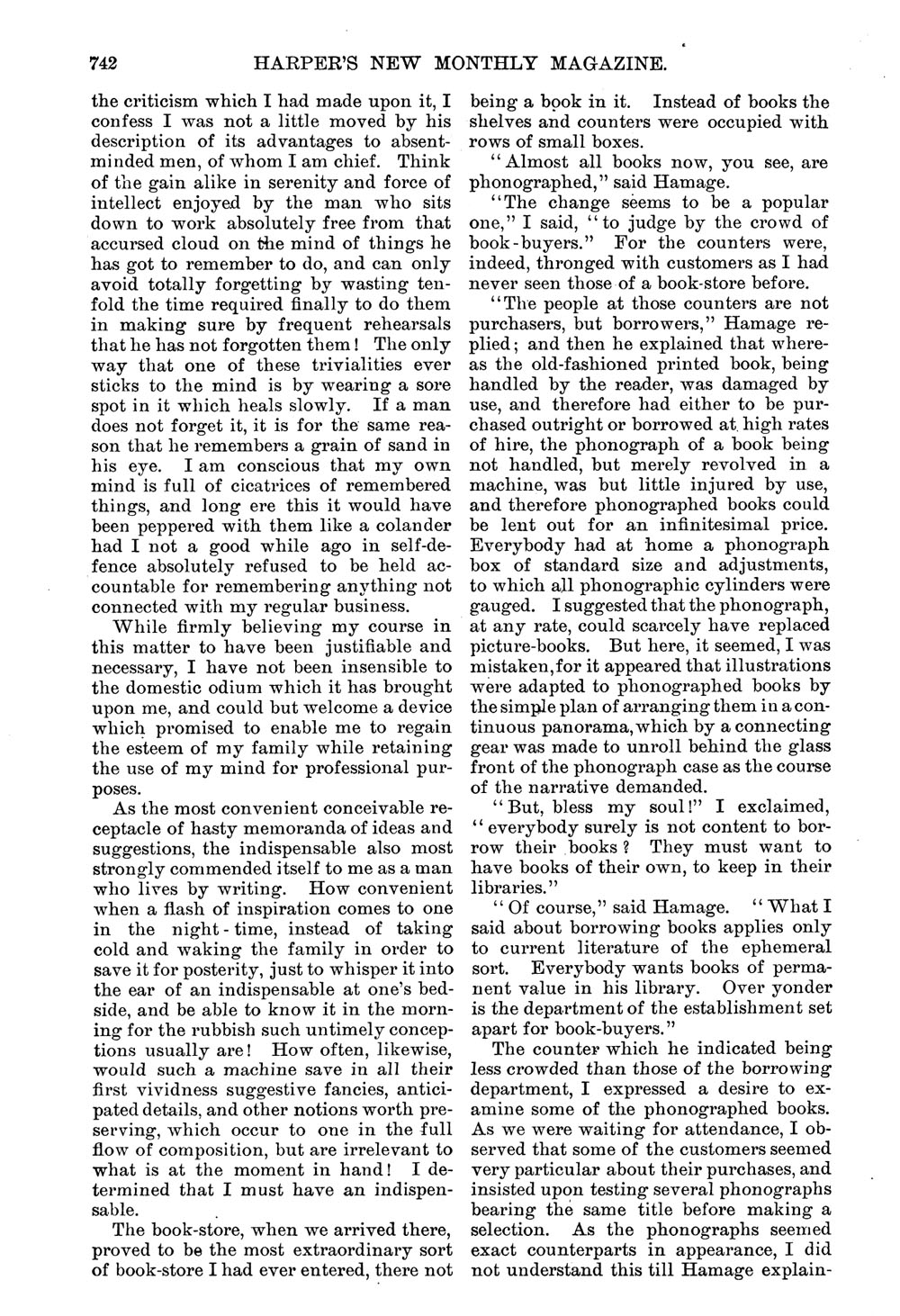 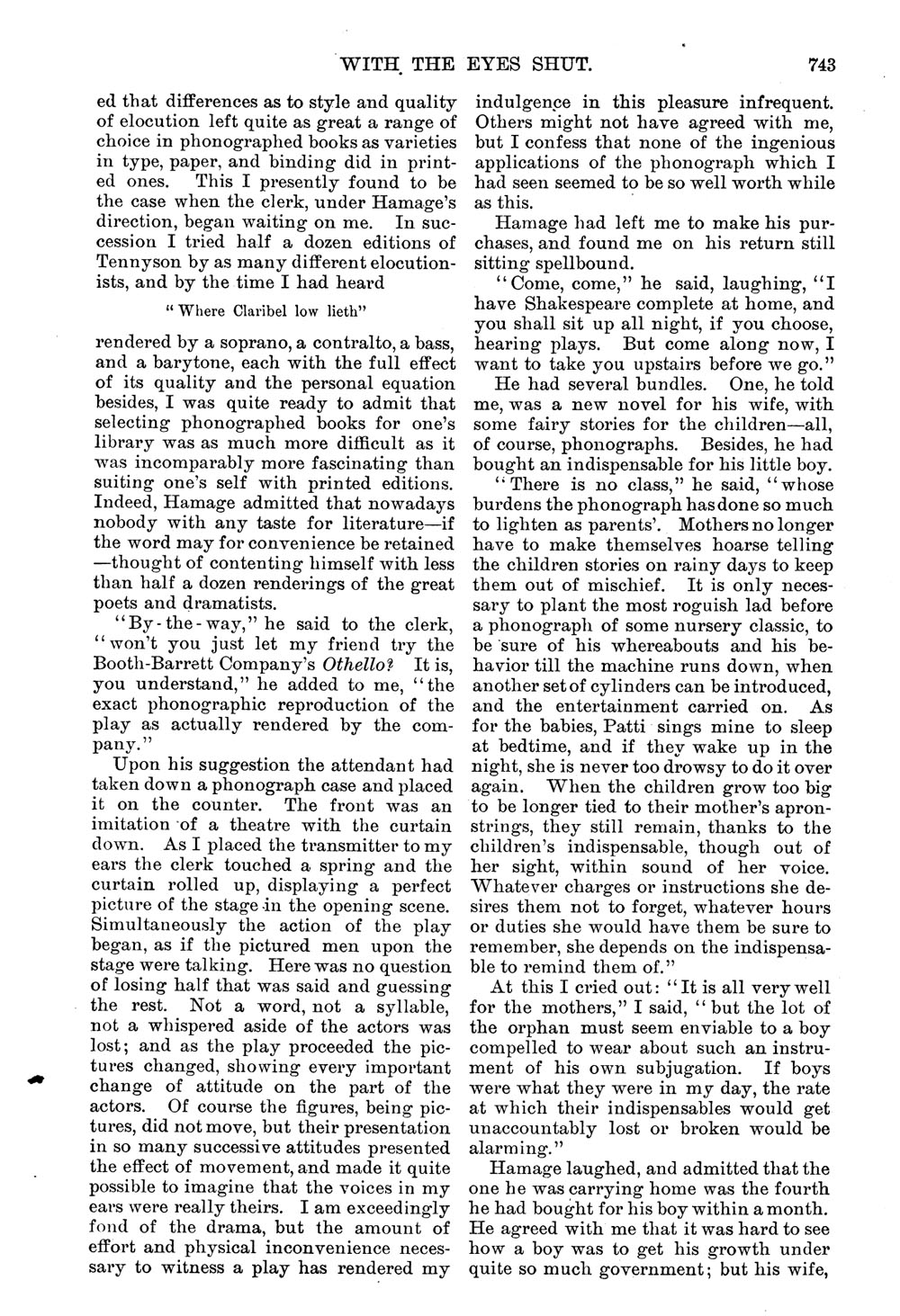 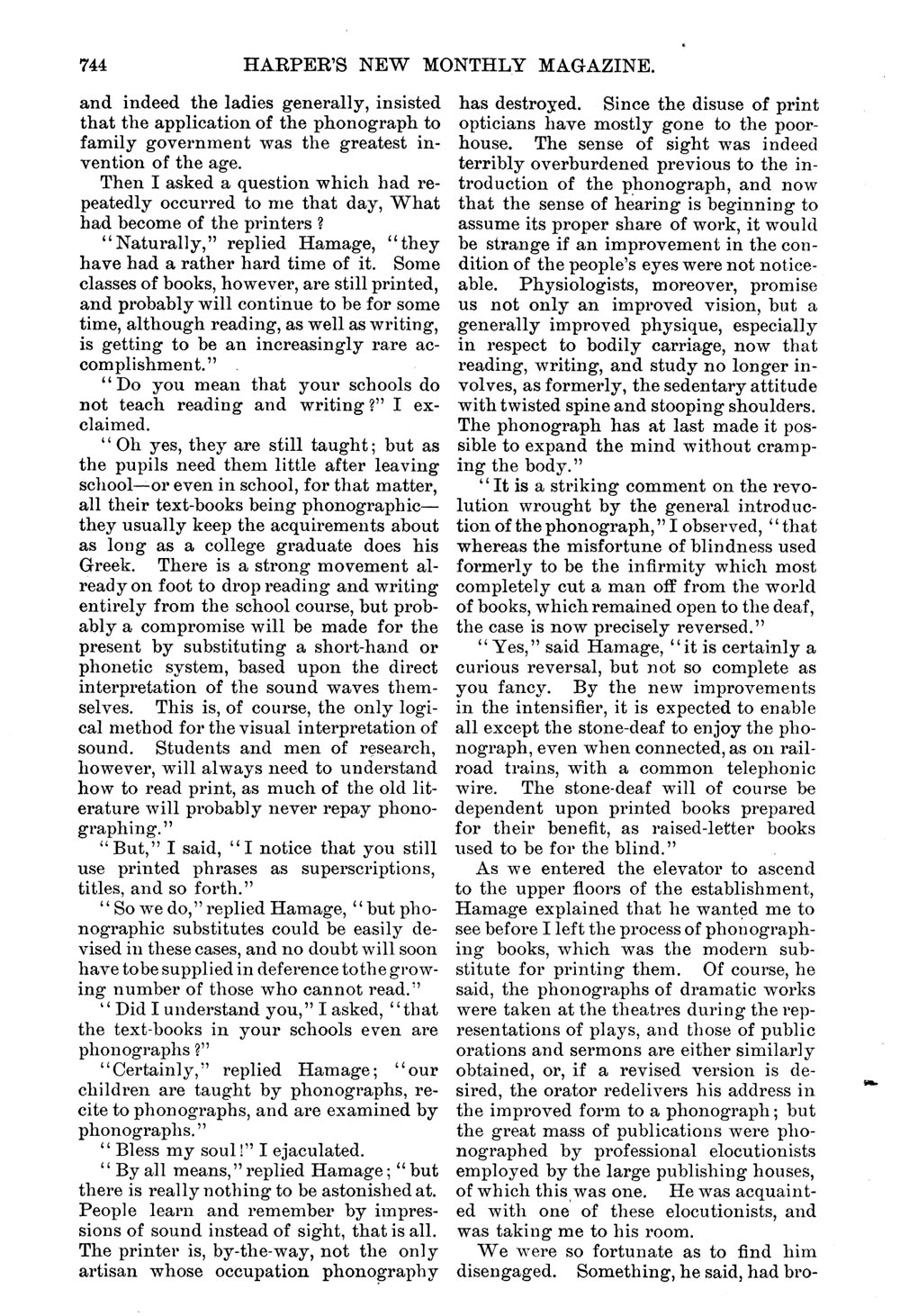 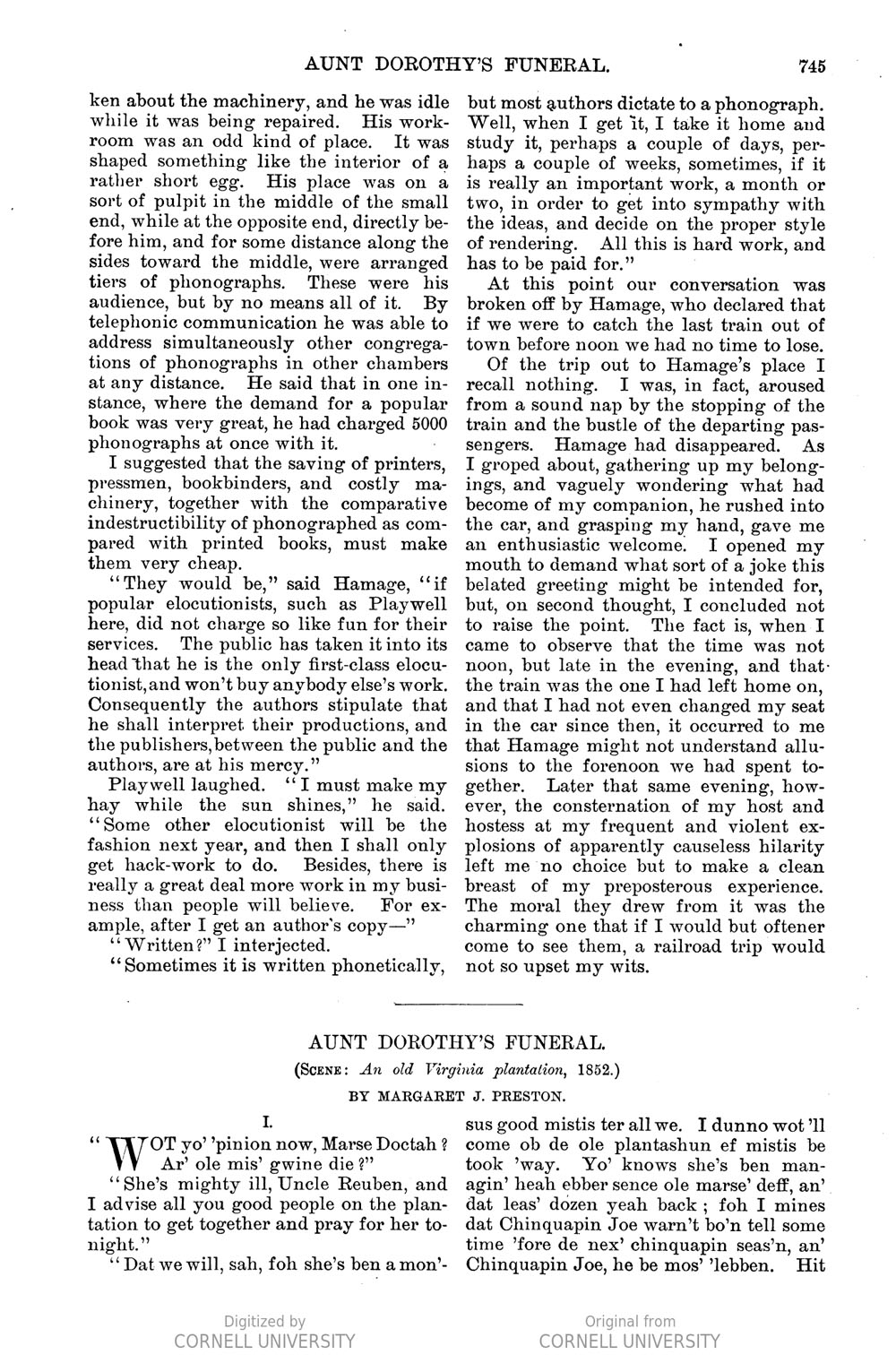