"Columbia and Victor" - A Vaudeville Act

The vaudeville team Barto & Clark played the circuit in 1918 and were noted in the The Talking Machine World of December 1917 for their novel act booked as "Columbia and Victor."

The stage is set to represent the interior of a modern music store with two large machines of the cabinet type in the center and a Victrola XVII also in the center which will provide the music for the upcoming dance.

When the curtain rises the two big machines are making jokes about experiences they've had in a number of homes where they got repossessed for various reasons. Then the doors of the large machines open and from each emerges one of the vaudeville team Barto & Clark (Ed Barto and his wife Florence).

The man has a costume of imitation records with a turntable on the front of his coat where a record is placed and then the real machine plays the music. The woman's costume features the musical notes suggestive of the Columbia Company's trade-mark.

They dance to the music of the Victrola and make many of the old jokes and new ones about talking machines to provide the comedy for the act.

For some topical phonograph jokes and humor from 1890 to 1920 visit Phonographia's PhonoToons. 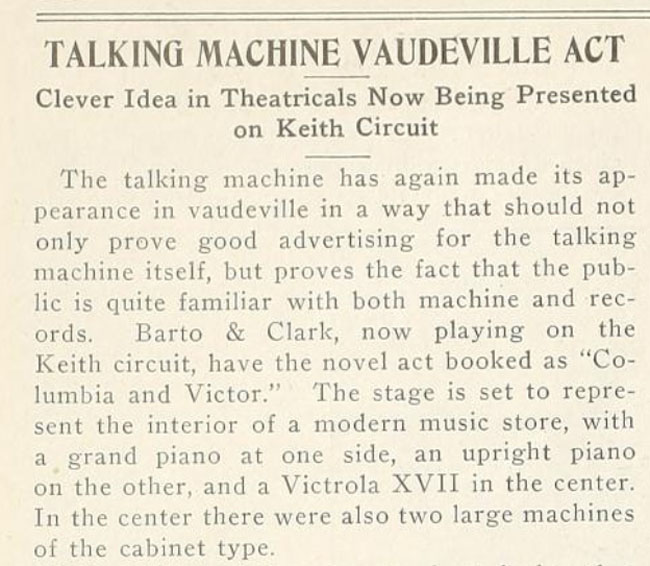 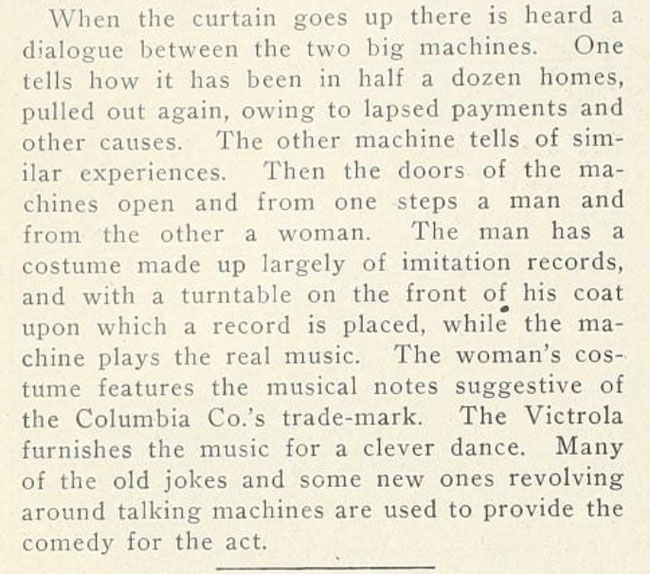 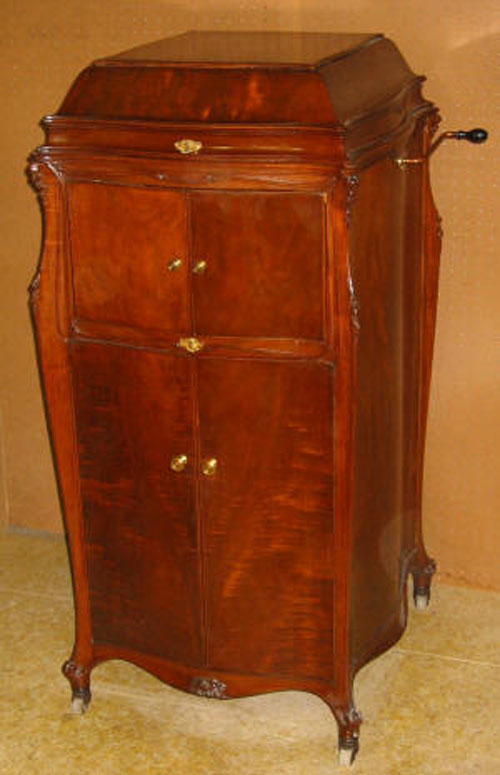 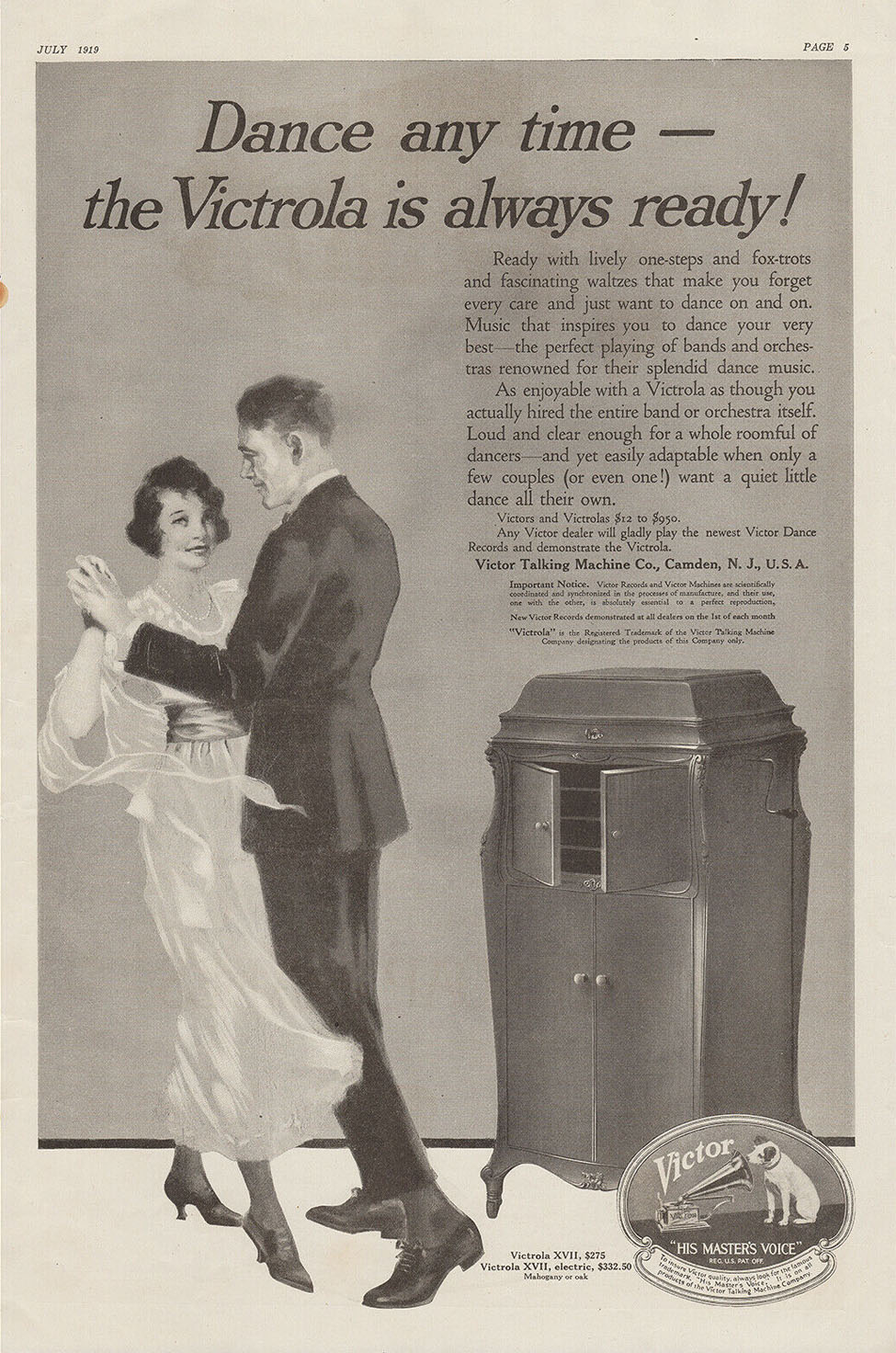