Round the Fire: VIII The Story of the Japanned Box

by A. Conan Doyle, The Strand Magazine, January 1899 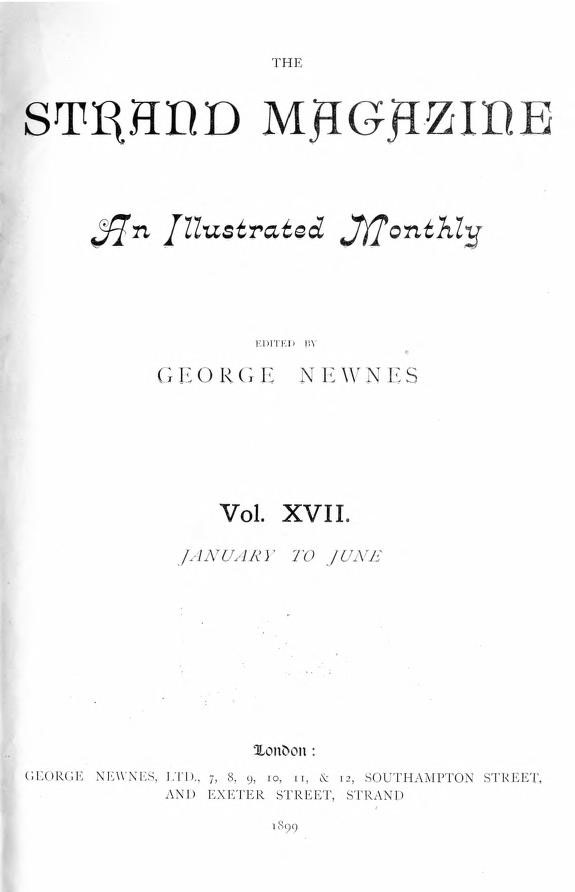 This short story by Arthur Conan Doyle involves the voice of a woman heard nightly by Sir John Bollamore, a widower of three years with two boys and a girl. The story is told by Frank Colmar who is the tutor to the two boys. The tutor didn't know much about Sir John when he was first hired but some time later an incident occurred that caused Sir John to invite him into his study, a room that in three years no other foot had step in save the servant who cleaned the room. "It was a round room...and the simplest of furniture. On the table was a full length photograph of a woman. "Beside it was a large black japanned box and one or two bundles of letters or papers fastened together with elastic bands." 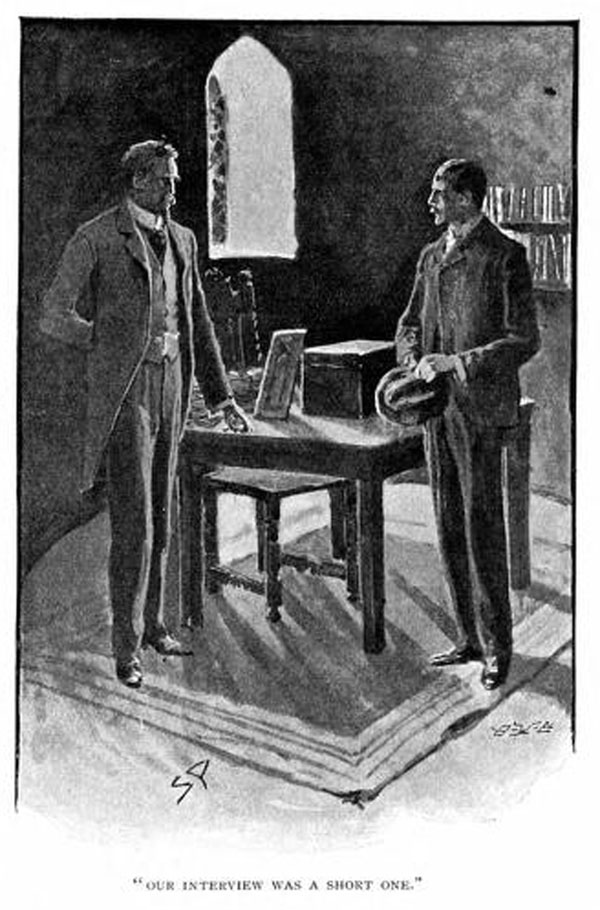 Colmar would soon learn from Mr. Richards who was the steward of the estate and who himself had never been in that room, how exceptional it was that Colmar had been invited into Sir John's study. Said Mr. Richards: "That room has been kept such a mystery, and Sir John's visits to it have been so regular and consistent, that an almost superstitious feeling has arisen about it in the household. I assure you that if I were to repeat to you the tales which are flying about, tales of mysterious visitors there, and of voices overhead by the servants, you might suspect that Sir John had relapsed into his old ways."

"Why do you say relapsed?" Colmar asks.

"I always took it for granted that you knew that you were in the service of "Devil' Ballamore..." "But you understand now what I mean when I say that a woman's voice in his room might even now give rise to suspicions."

Mr. Richards continued to explain: Sir John Bollamore was the "greatest rip and debauchee in England!" Little Beryl Clare took the risk of becoming his wife and it was the turning point for Bollamore. He changed from a Devil and a drunk to a sober and loving husband. 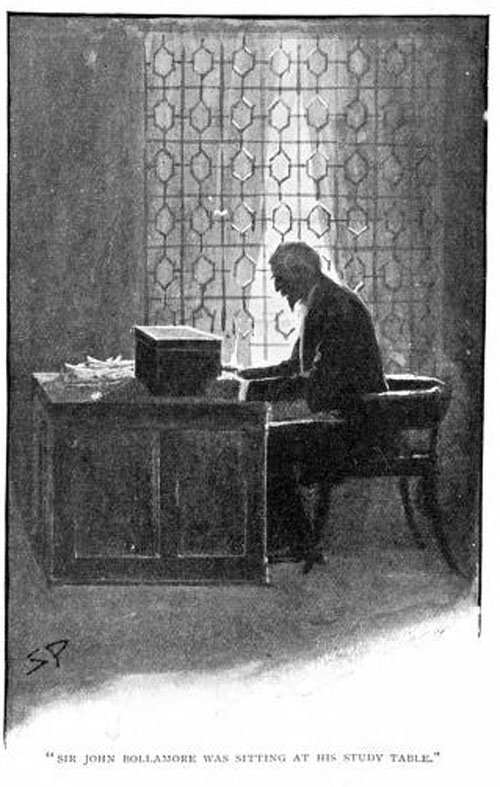 Spoiler Alert (what was inside the Black Japanned Box):

The mysterious woman's voice heard in Sir John's house was his wife's voice with a message she had recorded on a phonograph record. As Sir John would explain to Mr. Colmore as she lay "in the throes of death" from a "fell disease that struck her" with her last breath -- the very last that she breathed upon earth -- she whispered this message into it, a message to strengthen my resolves and to retain her influence upon my actions. Into her ear I whispered that twice a day for ever afterwards I should listen to her dear voice, and so, smiling at the success of her plan, she passed gently away."

And what were those words spoken into the phonograph that Mr. Colmore heard?

It was "a voice so charged with entreaty and with yearning love, that it will ring for ever in my ears. It came with a curious far-away tinkle, but every word was clear, though faint--very faint, for they were the last words of a dying woman.

"I am not really gone, John," said the thin, gasping voice. "I am here at your very elbow, and shall be until we meet once more. I die happy to think that morning and night you will hear my voice. Oh, John, be strong, be strong, until we meet again."

"So now you have my secret, Mr. Colmore, and you understand why this japanned box and that which it contains is more to me than all my ancestral home. I trust you, and I believe you to be worthy of my trust. But after this the sight of you would be painful to me, and so good-bye! You will find no cause to regret having left my service, but you will understand that we must never meet again."

So this was the last time that I was ever destined to see Sir John Bollamore, and I left him standing in his library, with his hand upon the instrument which brought him that ever-recurring, intangible, and yet intimate reminder from the woman whom he loved." 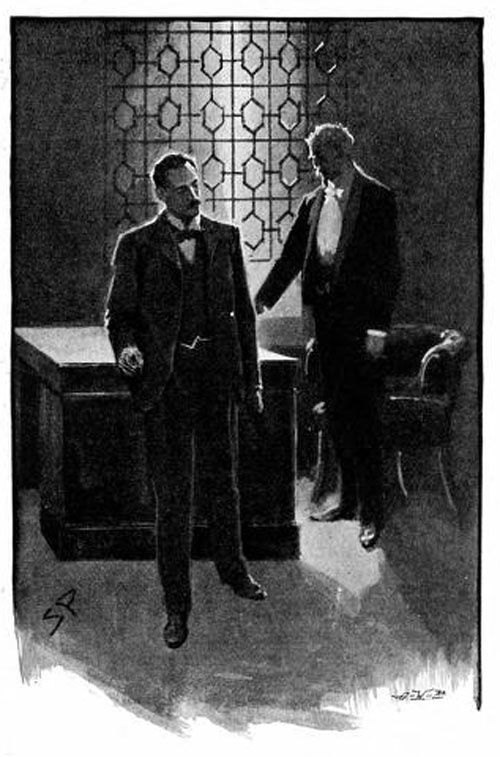 Read HERE the Internet Archive copy of "The Story of the Japanned Box." 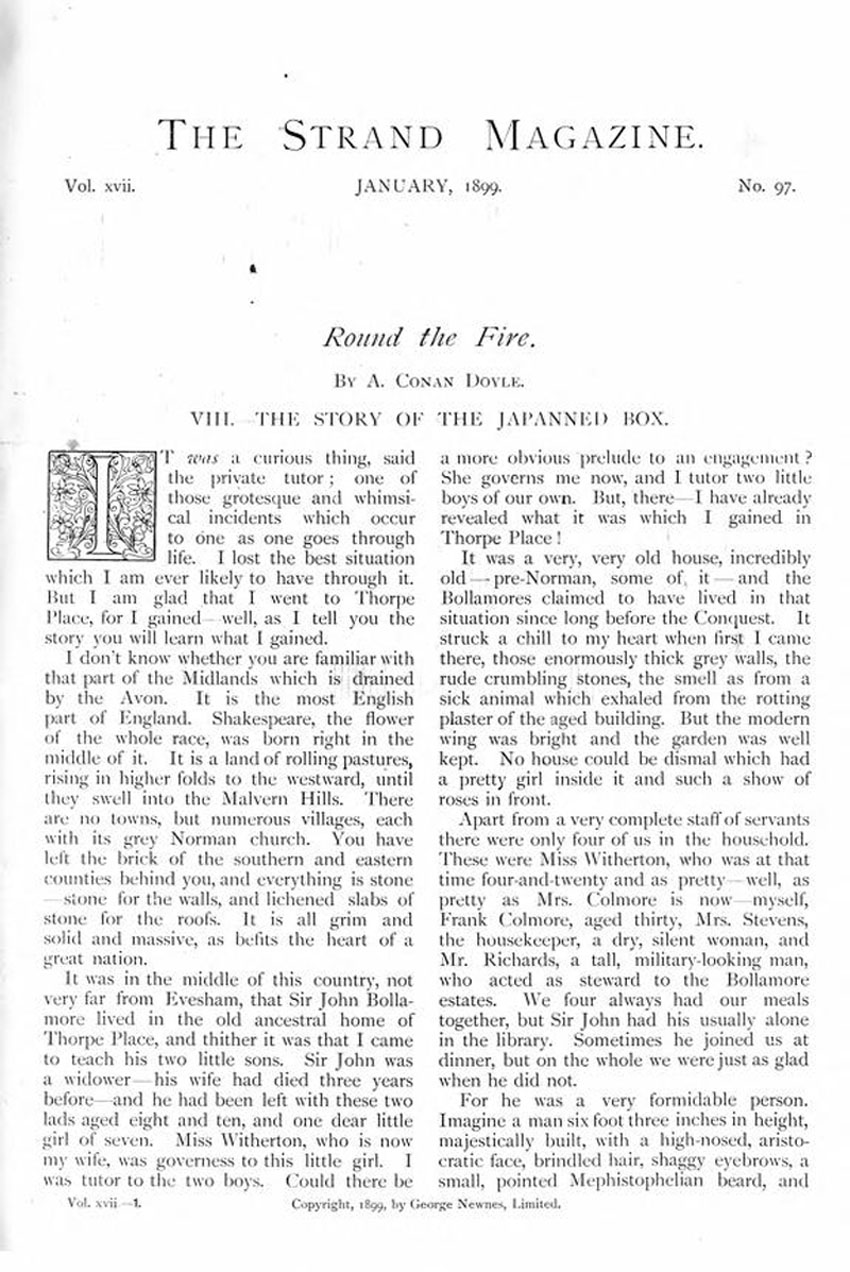 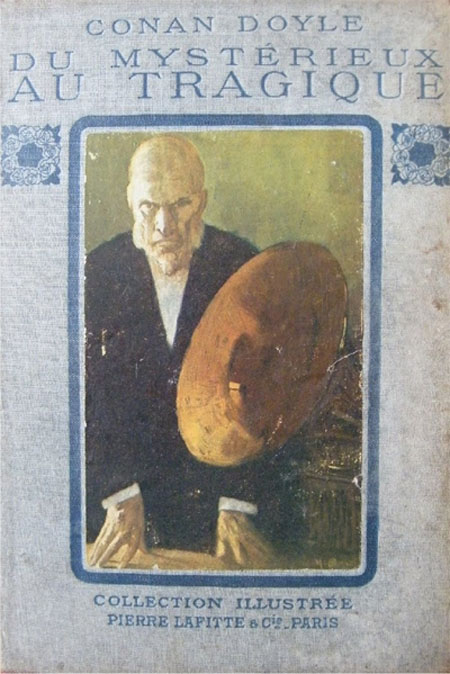