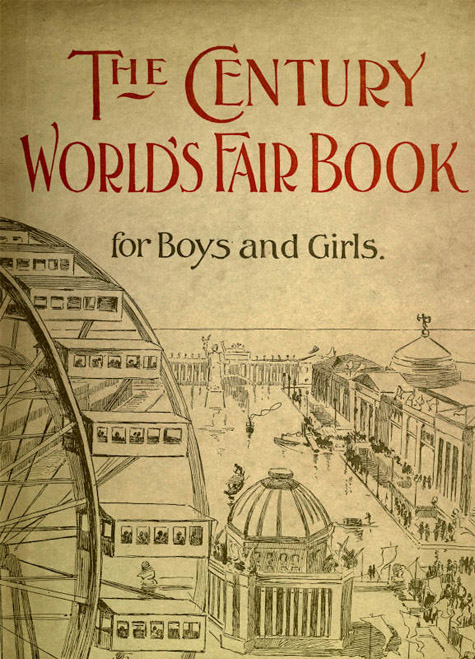 BEING THE ADVENTURES OF HARRY AND PHILIP WITH THEIR TUTOR,

The Century World's Fair Book for Boys and Girls is another example of what has been called "fair fiction," a genre that uses the setting of a 'fair' in its story, i.e., the Worlds Columbian Exposition of 1893. 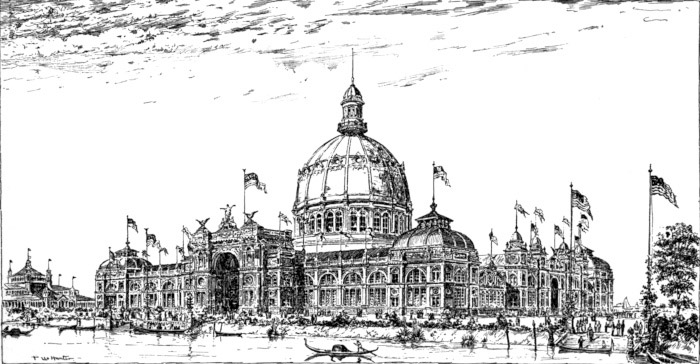 When Harry entered the United States Government Building there "was a splendid bust of General Sheridan, the face wearing the expression the general must have had when he said at Winchester, Turn around, boys! Were going back! Against the windows were more fine transparencies, and the whole floor-space was filled with everything having to do with war and soldiers. Small arms, from a brass blunderbuss to the latest breech-loaderyes, and to the earliest, for there was one Chinese breech-loader of the 14th century.

Instead of trying to get up new things, said Harry, half aloud, we ought to go to China and study ancient history.

Harry had a feeling of discouragement in spite of his interest. He had always entertained a vague idea that some day he might give his mind to it and make a big inventiona phonograph or a flying railway, or some little thing like that; but now, when he saw how everything seemed to have been done, and done better than he could have dreamed ofwell, he said to himself, This Fair has spoiled one great inventor, for I would not dare to think there was anything new!

GENERAL VIEW OF BUILDING FOR MANUFACTURES AND THE LIBERAL ARTS.

Since Harry had refused to go further into the exhibits of school work, they went down to the main floor, and walked from the southwest corner northward. As in the other buildings they had visited, they found along the walls little stands where young women had on sale penholders, souvenir coins, shell-boxes, necklacescheap trinkets of all sorts. For the first few days the boys had gone to see what was shown at these booths; but soon they found there was pretty much the same stock everywhere, and walked by indifferently. They had bought, however, a few thingsone a little shield showing the arms Queen Isabella granted to Columbus.

Against the wall about half-way up toward the north end were several graphophonescontrivances something like Edisons phonograph. On dropping a nickel and hooking two hard-rubber tubes into the ears, one might hear instrumental music or songs. A small boy tried one of those machines while Harry and Philip looked on. The tubes were adjusted, and he stood gravely awaiting the result. A smile began to dawn on his lips. It spread widely. His mouth opened; he giggled aloud; he kept on giggling with his eyes closing through pure joy.

Harry tried the machine and found that it was repeating a comic singers rendering of The Cat Came Back, and he grinned quite as widely as the small boy had done, and afterward sketched the scene with full sympathy. 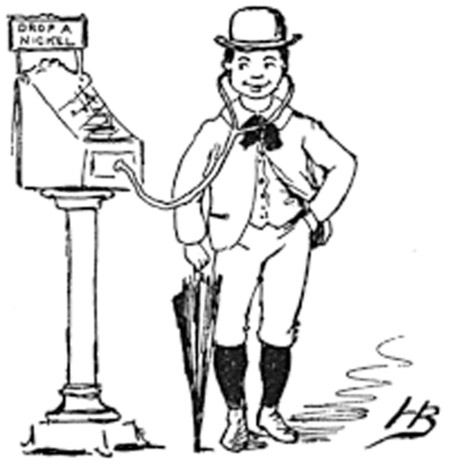 AND THE CAT CAME BACK.

Yes, said Harry, warmly; think how it would soothe a restless invalid during a long night to hear one of those machines grind out The Cat Came Back!

Well, it would, said Philip, as soberly as he could. You couldnt be sad while listening to that song.

Just as they were leaving, they saw a mother and child listening to the same graphophone, each having one ear to an end of the branched tube. I dont know, said Philip, whether thats quite honest.

The exhibit of a well-known manufacturer of steel pens had in the center of it a pen fully six feet long, apparently quite as huge an affair in its own way as the building. The boys stopped at this, but perhaps at another time they would have passed that by and looked at things they now ignored. There was so much it made them particular. If a display was not brightly lighted, or was at all crowded, or required a few extra steps, it was left unvisited. Knowing they could see only a few things, they simply walked along, and let the exhibits show themselves.

Another cable-car rattled them down to Van Buren Street, and they found themselves, after a short walk, upon the dock awaiting the iron vessel so aptly named Whaleback.

The boys were struck with her likeness, as she came close along the dock, to some of the dug-out canoes they had seen at the great Fair. They learned, however, from their friend the architect (whom they met again on the pier) that the boat was seaworthy, carried a large cargo, and was very fast, going even twenty-two miles an hour.

Going aboard, they found her divided into three decks, and very finely fitted up. The second deck, which was even with the top of the hull, had walks along the curved sides of the vessel; for these tumbled home so as to be almost level.

In the cabin, Harry found a phonograph which was advertised to sing his favorite The Cat Came Back; and he persuaded Mr. Douglass to try it. The tutors face, as the song began, lost its usual quiet expression, and soon he grinned quite as broadly as the small boy Harry had sketched at the Fair. Then the boys paid another five cents, and listened to a lively song called, Drill, ye tarriers, drillwherein were introduced sounds of blasting, the singing, the orders of the boss, and all the features of work upon a railway excavation.

But they wasted only a few minutes in the cabin, for the view of Chicago, as the boat steamed out, was well worth seeing. A few rays of sunshine struggled luridly through the heavy pall of dusky smoke that drifted over the city. Here and there great buildings or towers rose above the rest, but the whole effect was soft and hazy. It was a picture of the city that was sure to remain long connected in their minds with the name Chicago. 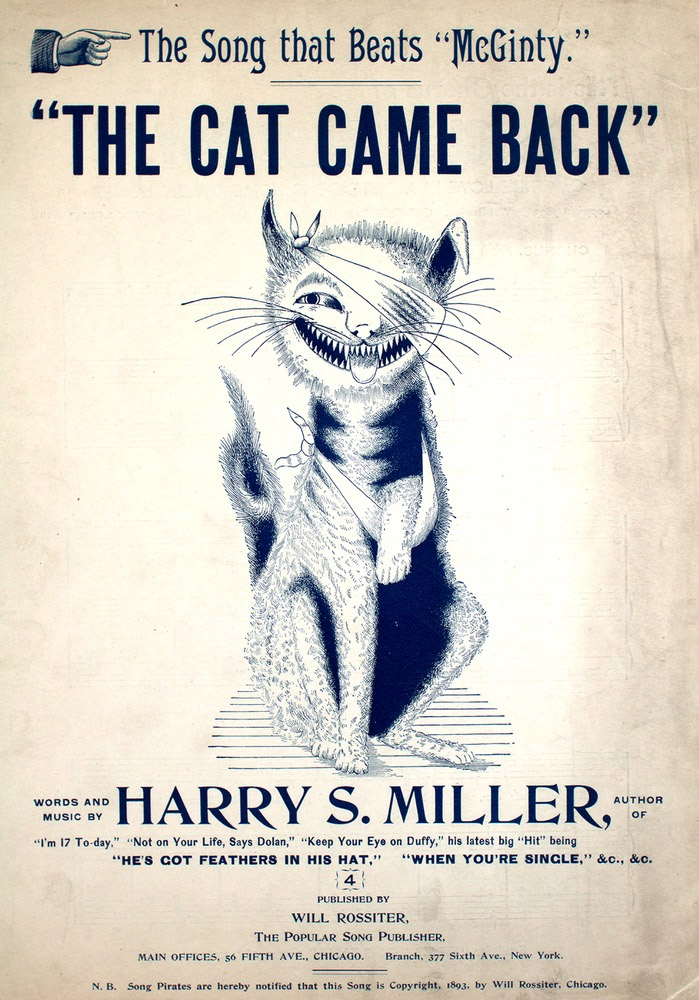 by WILL ROSSITER, CHICAGO. 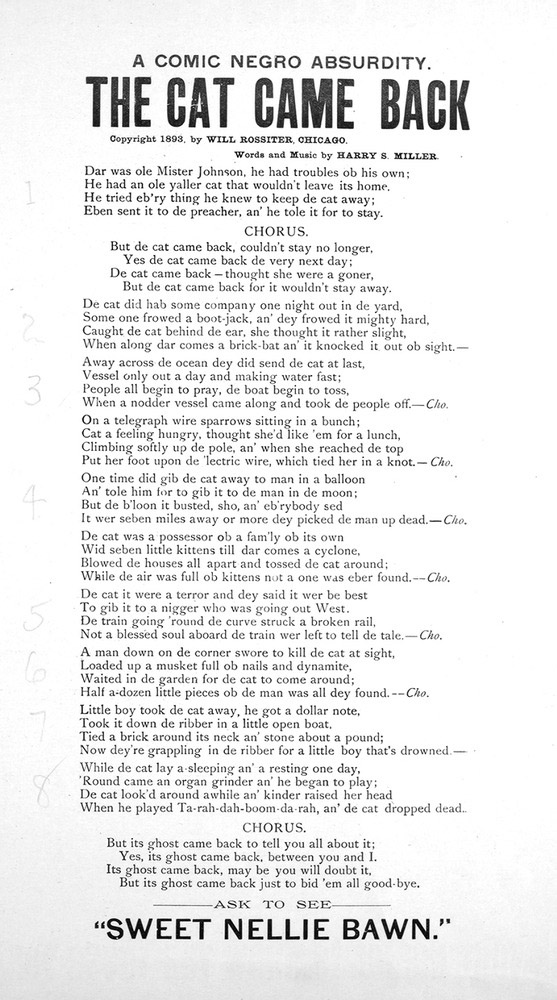 The first commercial recording of "The Cat Came Back" was ca. 1893 for the Columbia Phonograph Company, Washington D.C., performed by Charles Marsh. 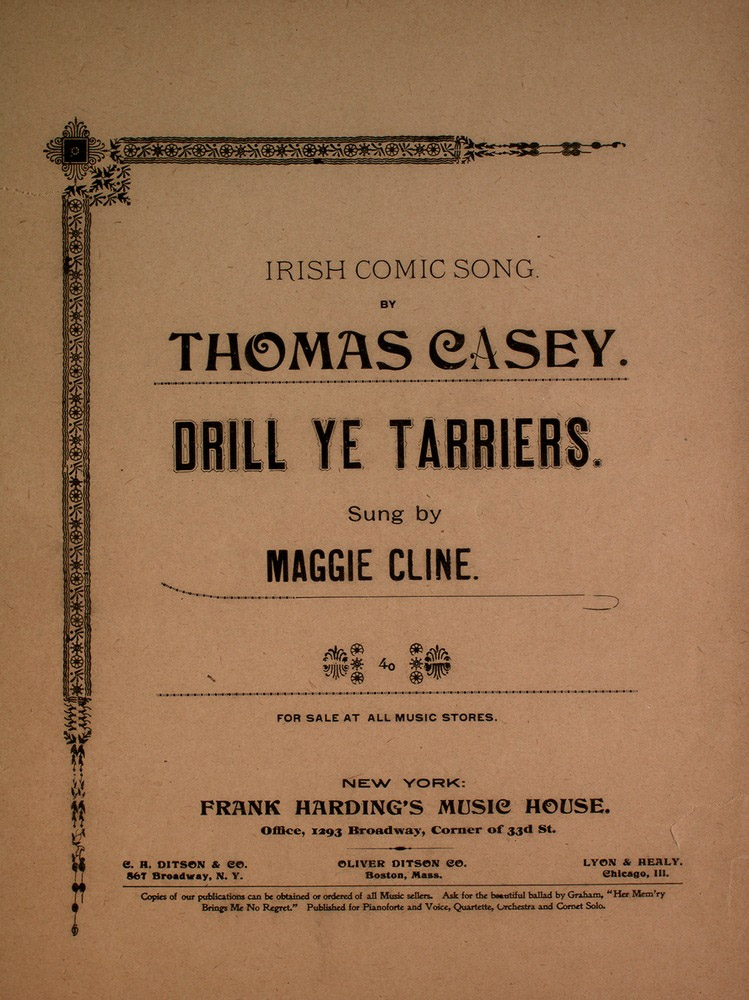