"The Girl He Left Behind Him"

A Tale of the Phillipine War

This short story by Howard Taylor was written specially for The Talking Machine World and published in the January 1906 edition. The verses of the song "The Man in Army Blue" used in the story were also written by Mr. Taylor and Mr. William Mountain, but apparently never published. The record "Army Blue" was recorded on the Victor label by the American Quartet in 1913. 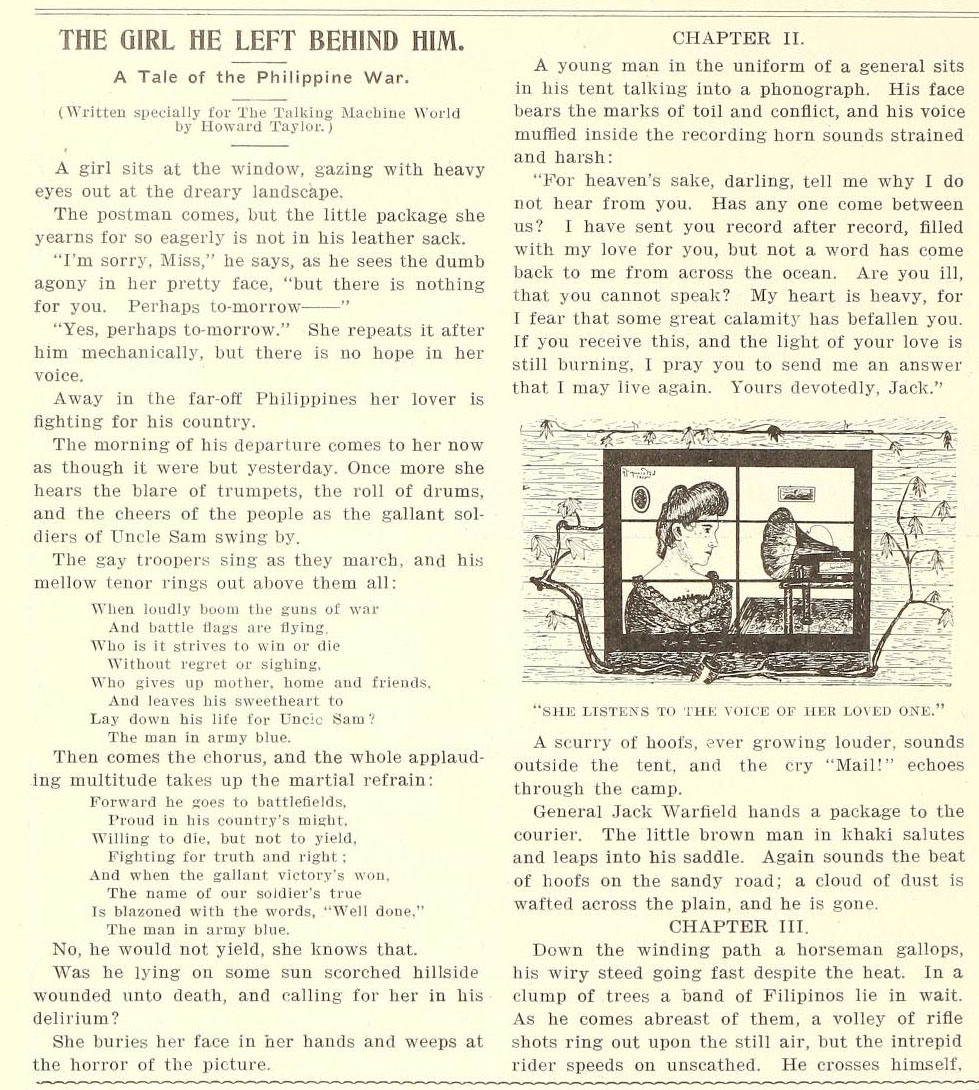 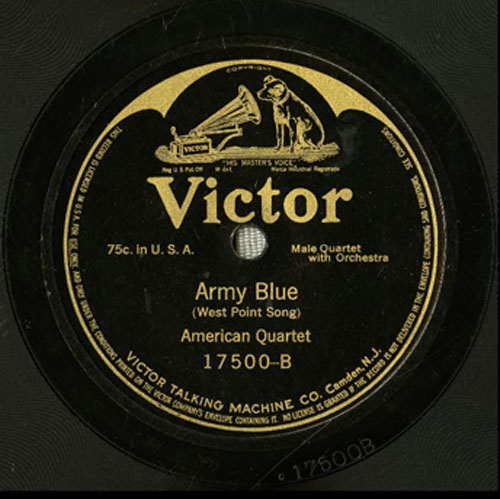 Record Label and Recording Courtesy of the Library of Congress