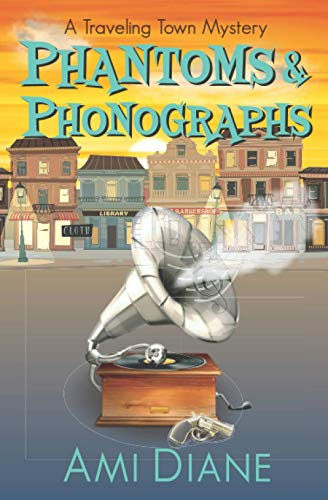 A Traveling Town Mystery Book 4, Phantoms & Phonographs by Ami Diane was published in 2019.

Here is a Goodreads summary/review of the book:

A murder mystery game turned deadly With Keystones mayoral election coming up, the candidates have decided to host a 1920s themed whodunit party at the inn. Its all fun and games until Ella discovers one of the candidates dead in the basementand its not part of the act.

Top on the suspect list are the other mayoral hopefuls, including Ellas boss, Wink.

Now, Ella must wade through a past of gangsters, speakeasies, and booze to hunt down a killer. Of course, this is to help the overburdened sheriff, mind you, and has nothing to do with her own motivations.

However, this case is as clear as the mud she serves in the diner. In a mansion full of witnesses, nobody saw a thing. Someone is lying to her. She just has to figure out who. And soon, before the killer strikes again.

This is book four in the funny, quirky Traveling Town mystery series.

Each book in Phonographia's "Library" of phonograph connected books has, by definition, at least one phonograph in its story. Besides including "Phonographs" in its title and playing some records in the story, the phonograph leads to the discovery of the first murder victim.

The following are paragraphs are from Chapter 2 where hearing the phonograph takes Ella into the basement where the "ancient" phonograph is playing a scratched disc. The record ends, "the operetta died, leaving her with a smothering silence." 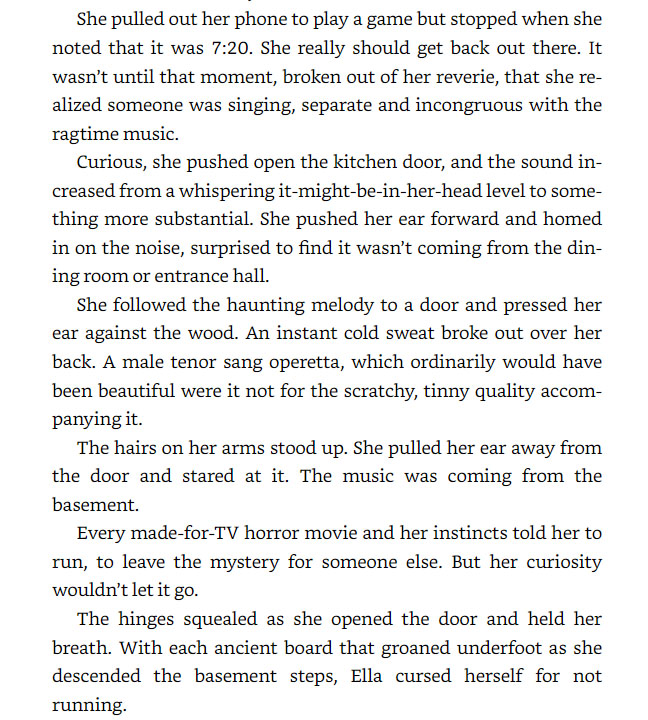 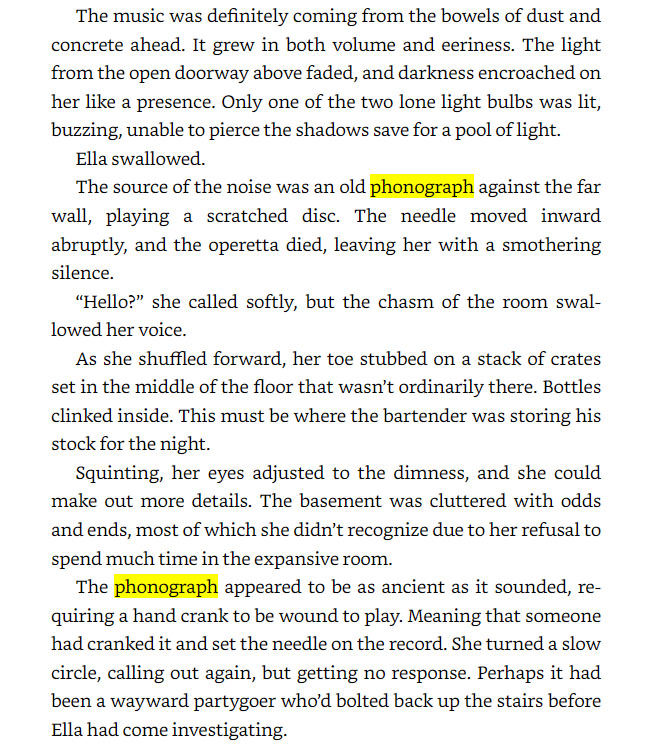 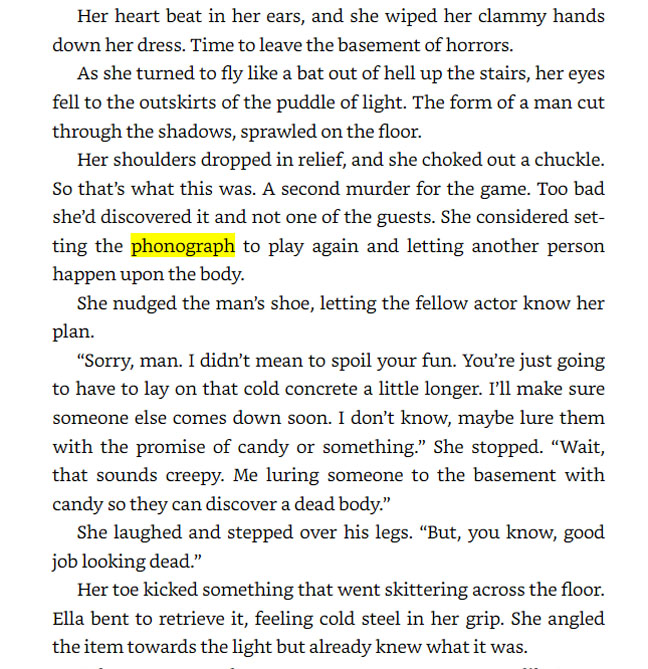 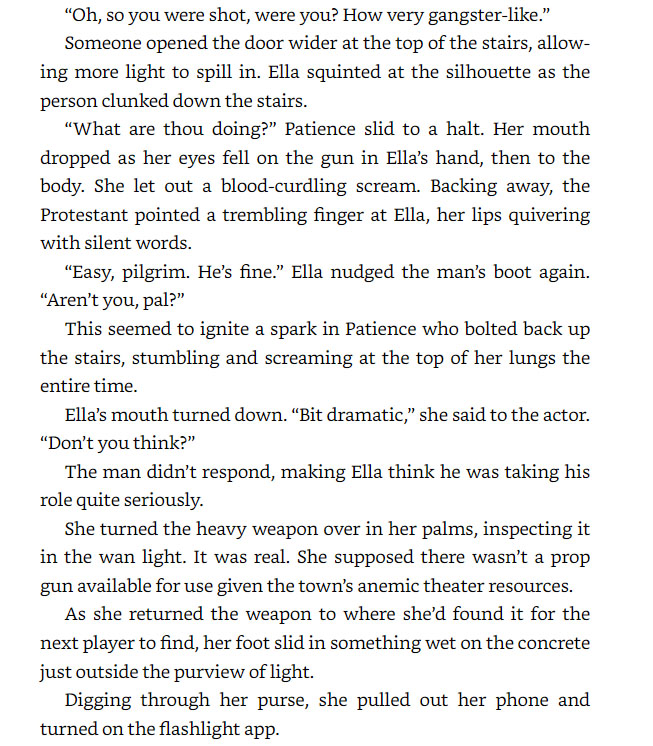 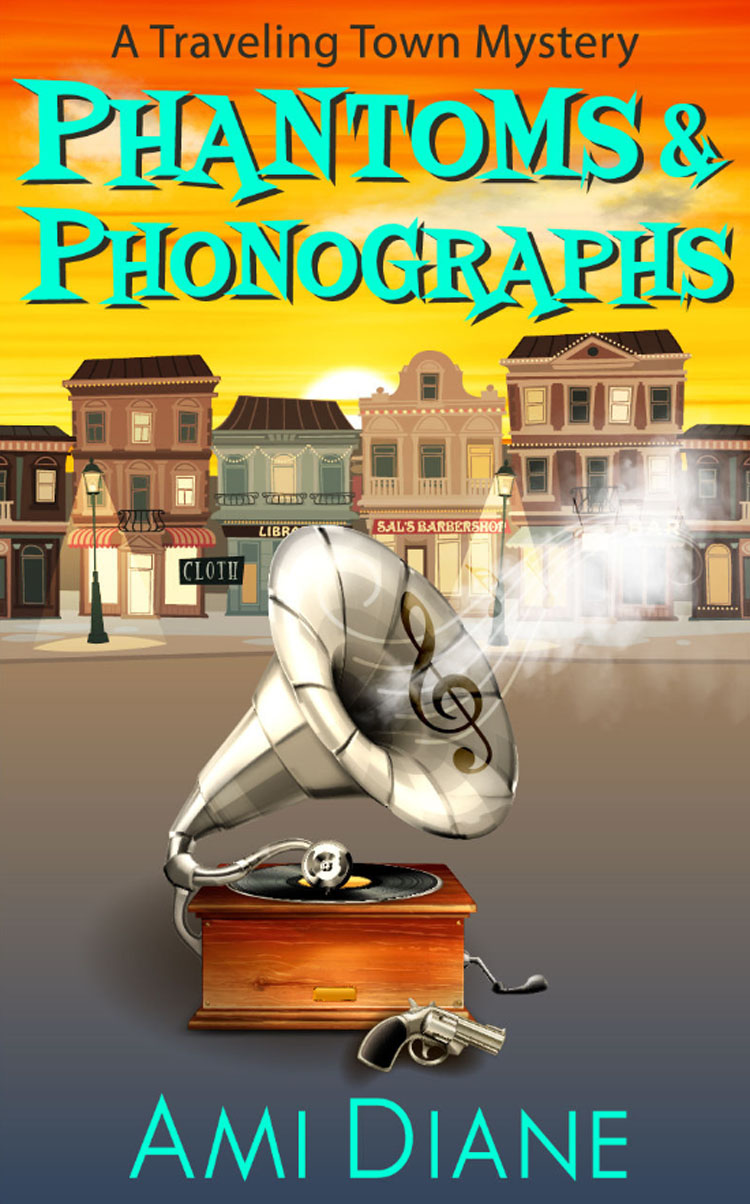