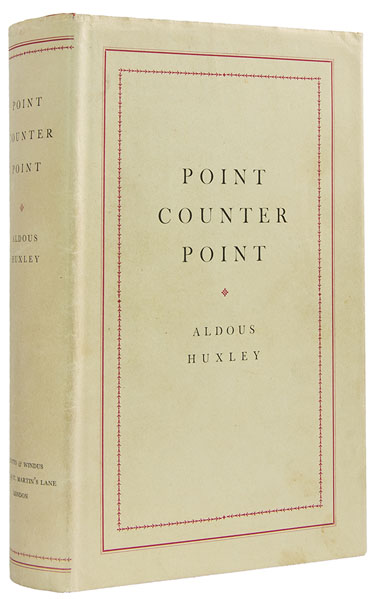 This book is in the PhonoLiterature bookshelf because of the gramophone literally plays a role in how the existence of God is trying to be confirmed.

The structure of this complex 1928 novel by Aldous Huxley is partially explained as follows:

Huxley described the structure of Point Counter Point within the novel itself, in a stream of consciousness musing of Quarles: "The musicalization of fiction. Not in the symbolist way, by subordinating sense to sound. . . . But on a large scale, in the construction. Meditate on Beethoven. The changes of moods, the abrupt transitions . . . More interesting still, the modulations, not merely from one key to another, but from mood to mood. A theme is stated, then developed, pushed out of shape, imperceptibly deformed, until, though still recognizably the same, it has become quite different. . . . Get this into a novel. How? The abrupt transitions are easy enough. All you need is a sufficiency of characters and parallel, contrapuntal plots. . . . You alternate the theme. Wikipedia, "Title and Construction"

The gramophone has a significant appearance in this novel as Sprandell has rushed "out to buy a machine and records" for the purpose of asking Rampion, someone whose opinion he values, to hear a Beethoven quartet that "had been recorded for the gramophone." This music for Sprandell is "the beatific vision, it's heaven." The question he would ask Rampion would be if this music created by Beethoven proved the existence of God.

The next day Rampion comes to Sprandell's house and they go into the sitting room where the gramophone stood on a table. Sprandell picks up the record to play just its crucial part, the heilige Dankgesang. "He wound up the clockwork; the disc revolved; he lowered the needle of the sound-box on to its grooved surface."

Sprandell proceeds to play different parts of the records hoping to change Rampion's reluctance to agree with Sprandell on the meaning and evidence of the music.

Rampion concedes it is marvelous and beautiful but cannot give the answer Sprandell is looking for. Then, there is dramatic intervening event and the book ends with the gramophone playing its music.

The following are all extracts from Point Counter Point related to the phonograph (gramophone) primarily for existential question just described with the dramatic intervening event (spoiler alert) also included. 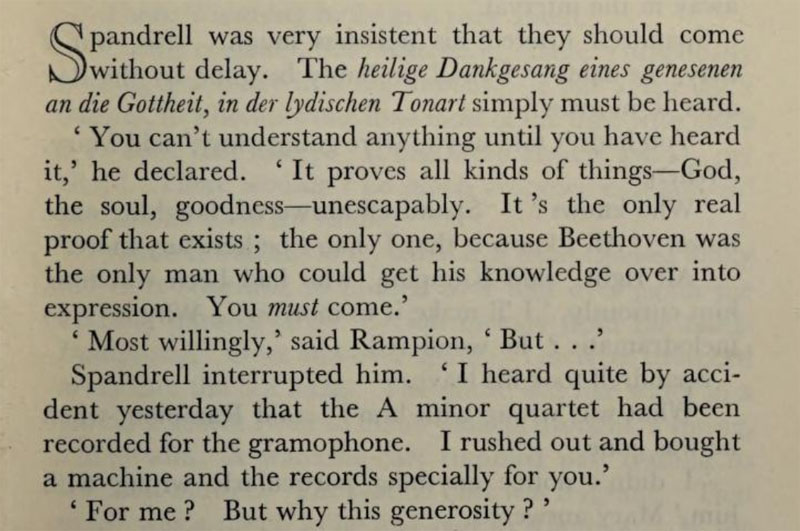 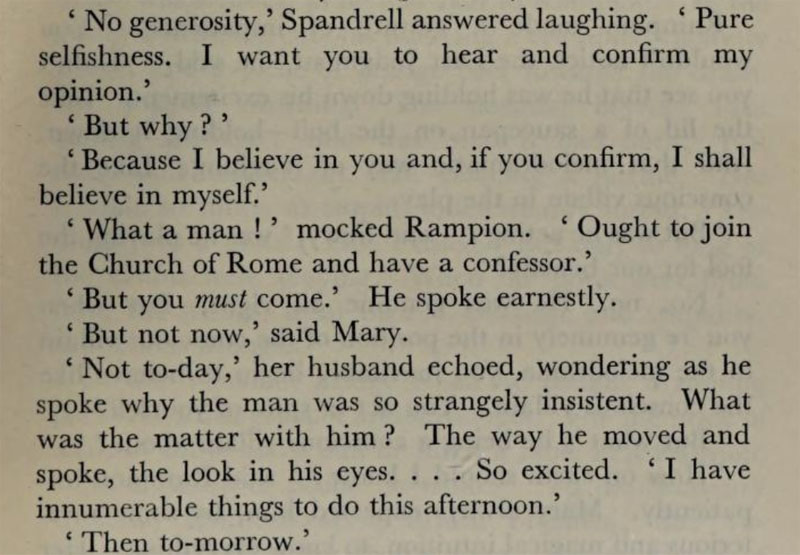 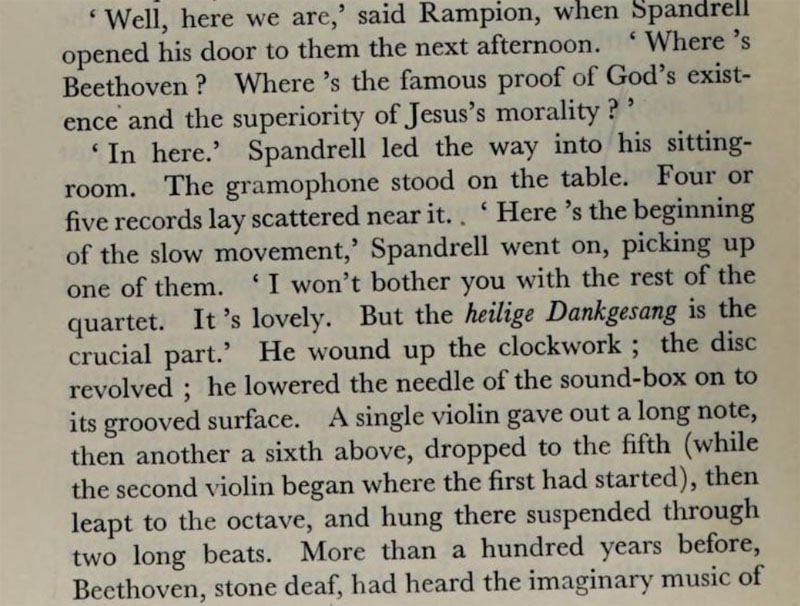 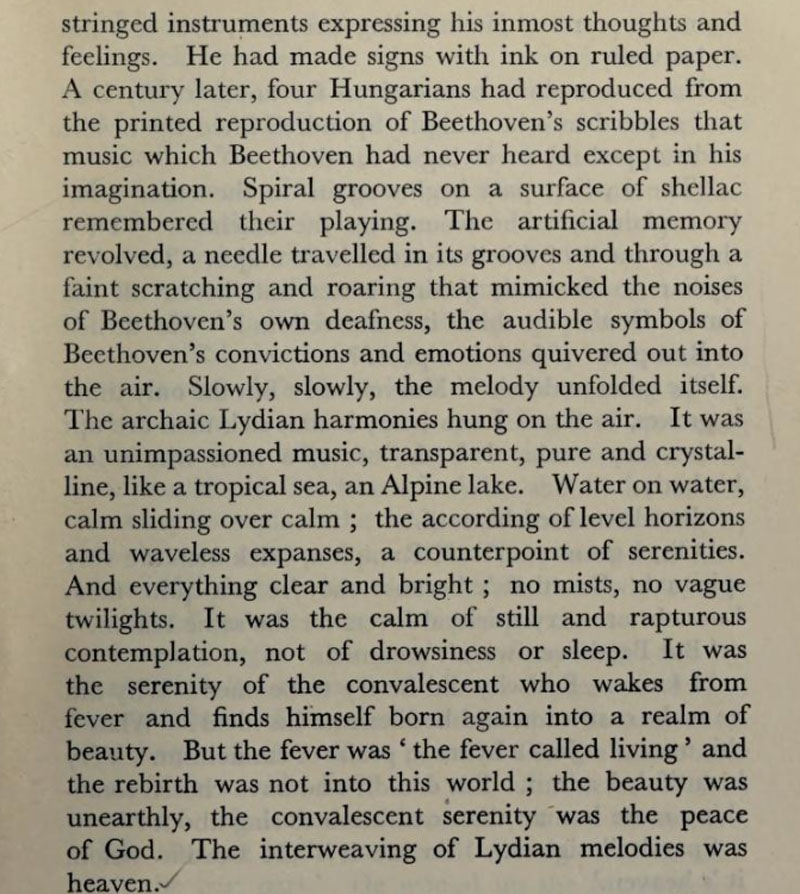 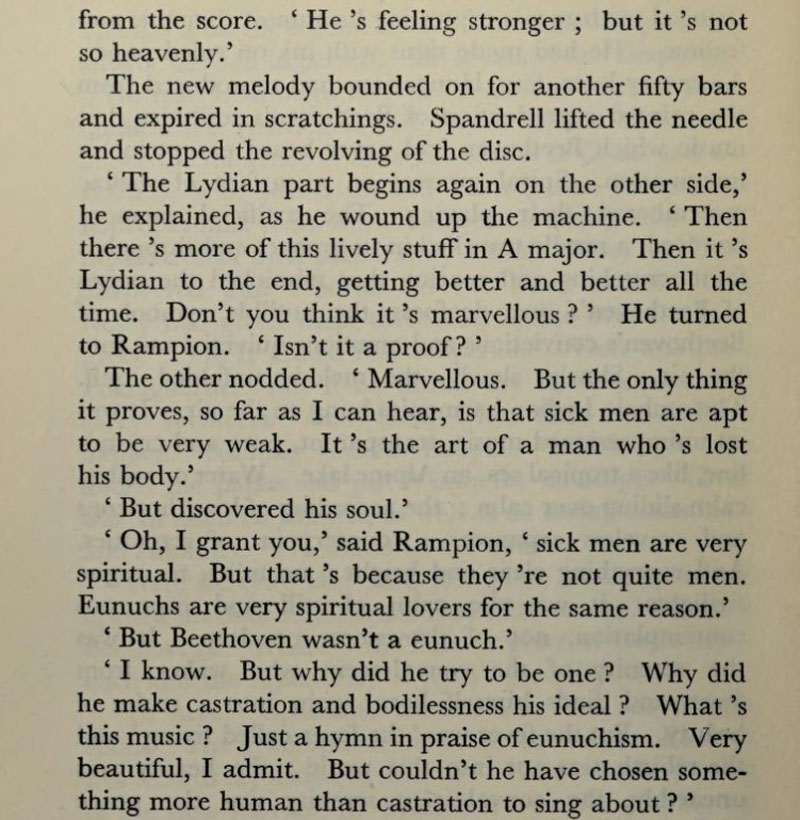 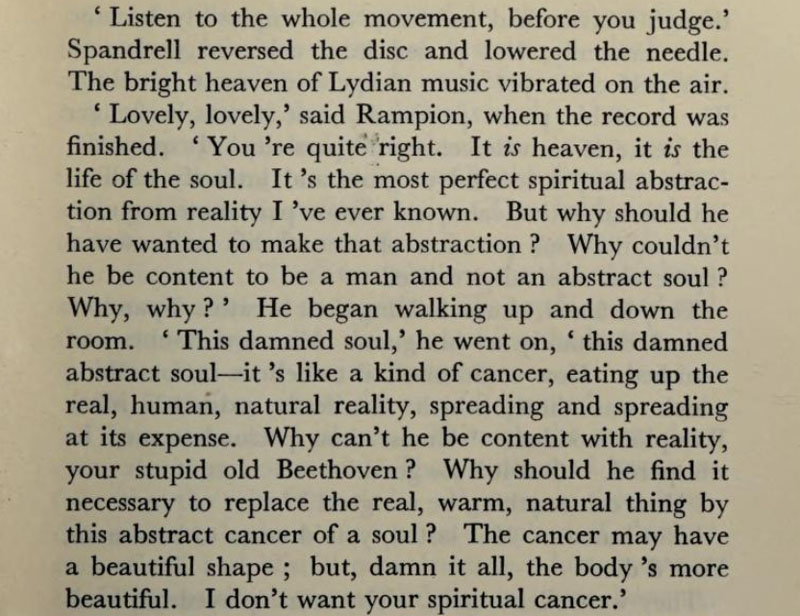 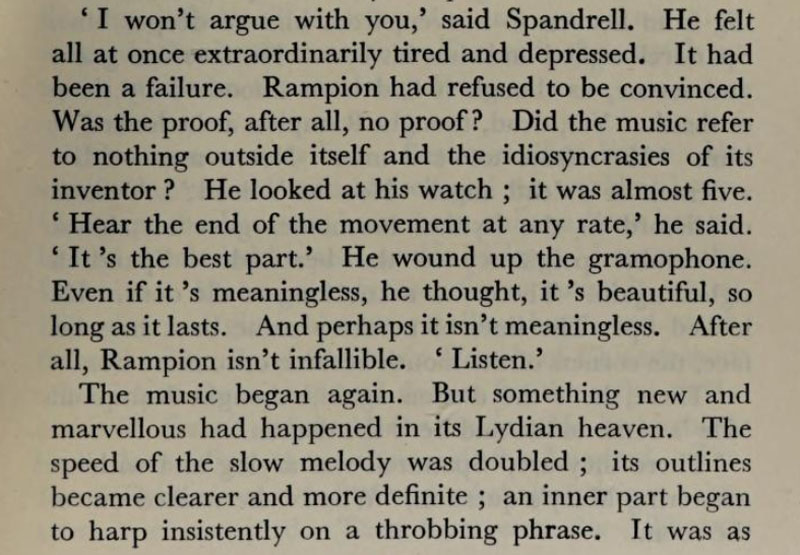 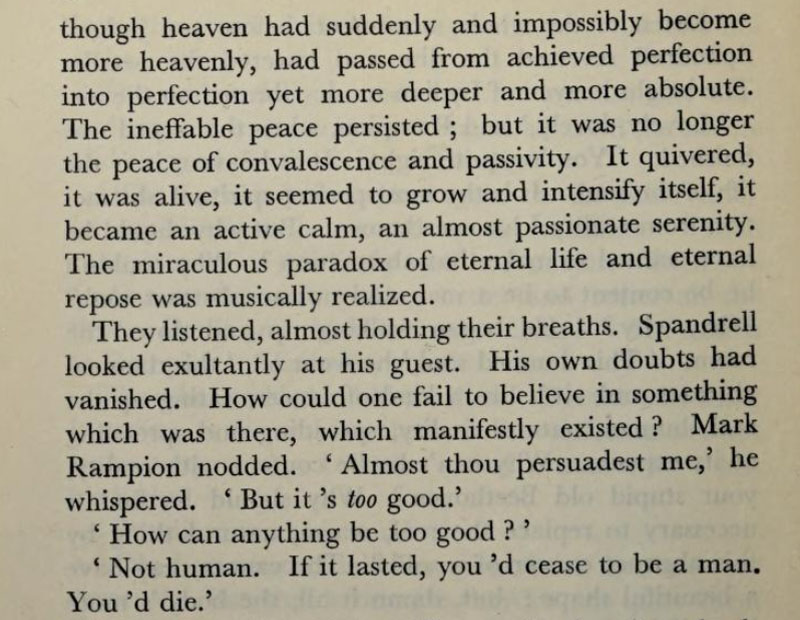 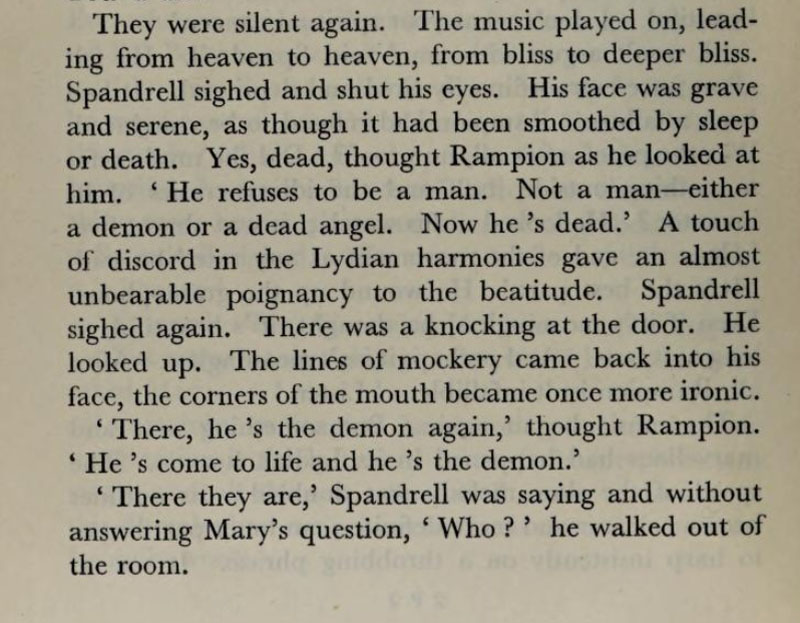 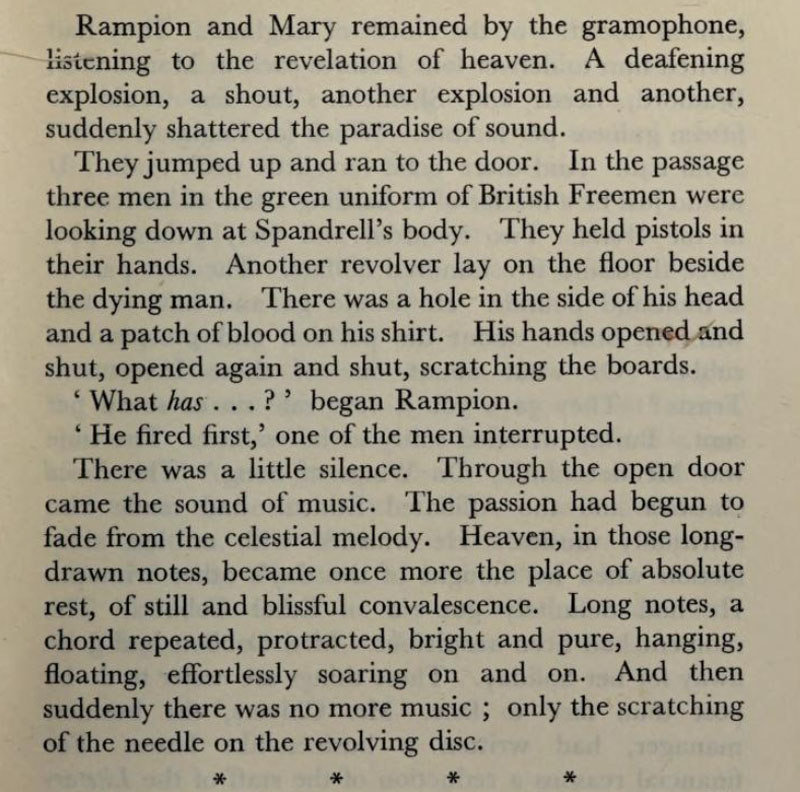 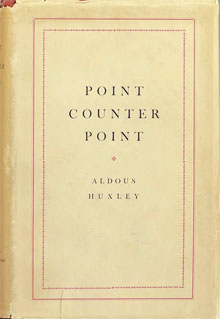