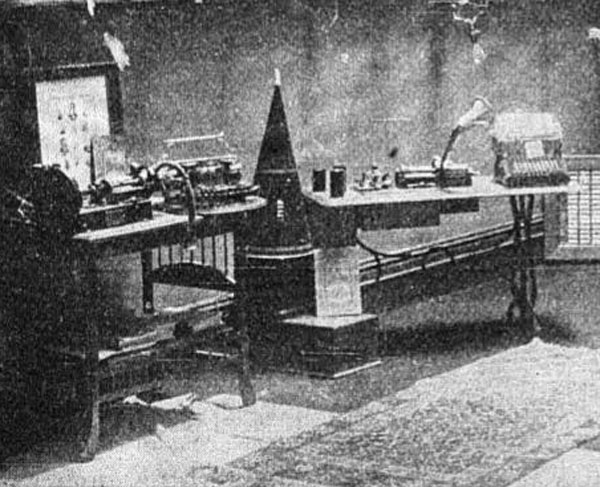 Phonographs and Typewriters on Display

The Fifteenth Annual Convention of the National Electric Light Association was held in Buffalo, N. Y., on February 23, 1892.

"One of the handsomest displays was that of Mr. H. D. Pulsifer. the popular agent of the New York Phonograph Company. The accompanying cut gives a good view ofphonographs and typewriters in readiness for business purposes; and the arrangement of electric lights adds much to the general effect. The picture of Mr. Edison and the president and vice-president of the North American Company, surrounded by the presidents of the various sub companies, as appeared in the holiday number of The Phonogram, stands to the left of this plate, handsomely framed. Mr. Pulsifer deserves great credit for the display, and his usual energy brought him large rewards in the shape of contracts for phonographs. 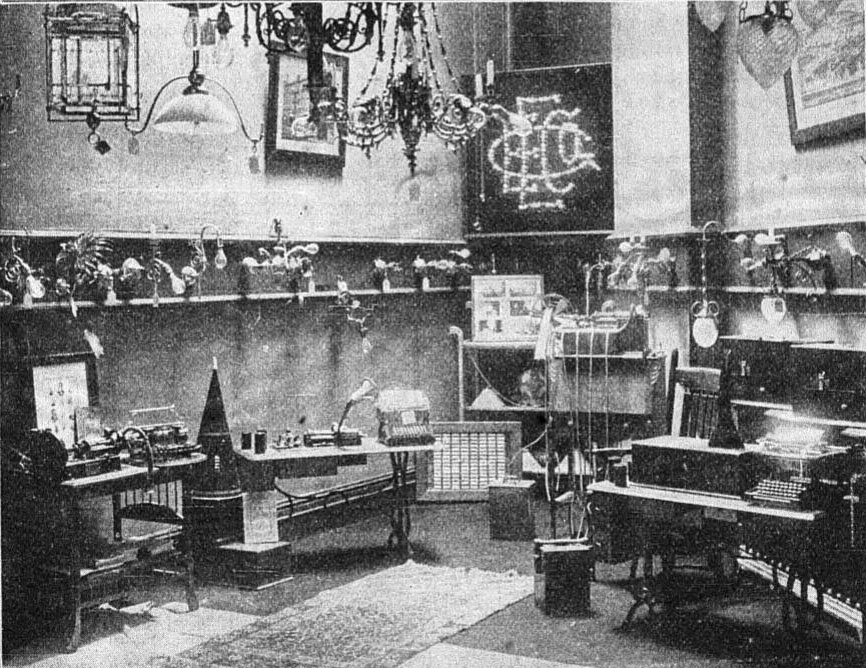