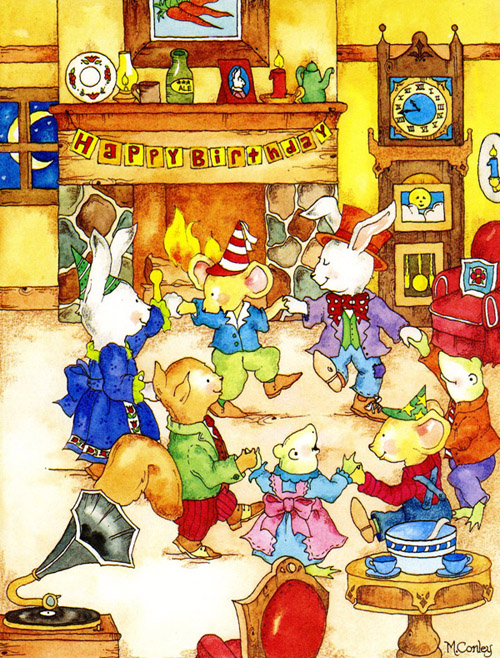 The Phonograph's 144th Birthday was celebrated on December 6, 2021 by Friends of the Phonograph in who knows how many ways as it was not centrally hosted this year.

I started my day with a brownie and coffee and a simple birthday wish for "peace, love and understanding" as I blew out the candle listening to Elvis Costello rockin' out with his "What's So Funny 'Bout Peace, Love and Understanding". It's one of countless recorded sounds generationally preserved and rooted in the revolution of the phonograph. (2) 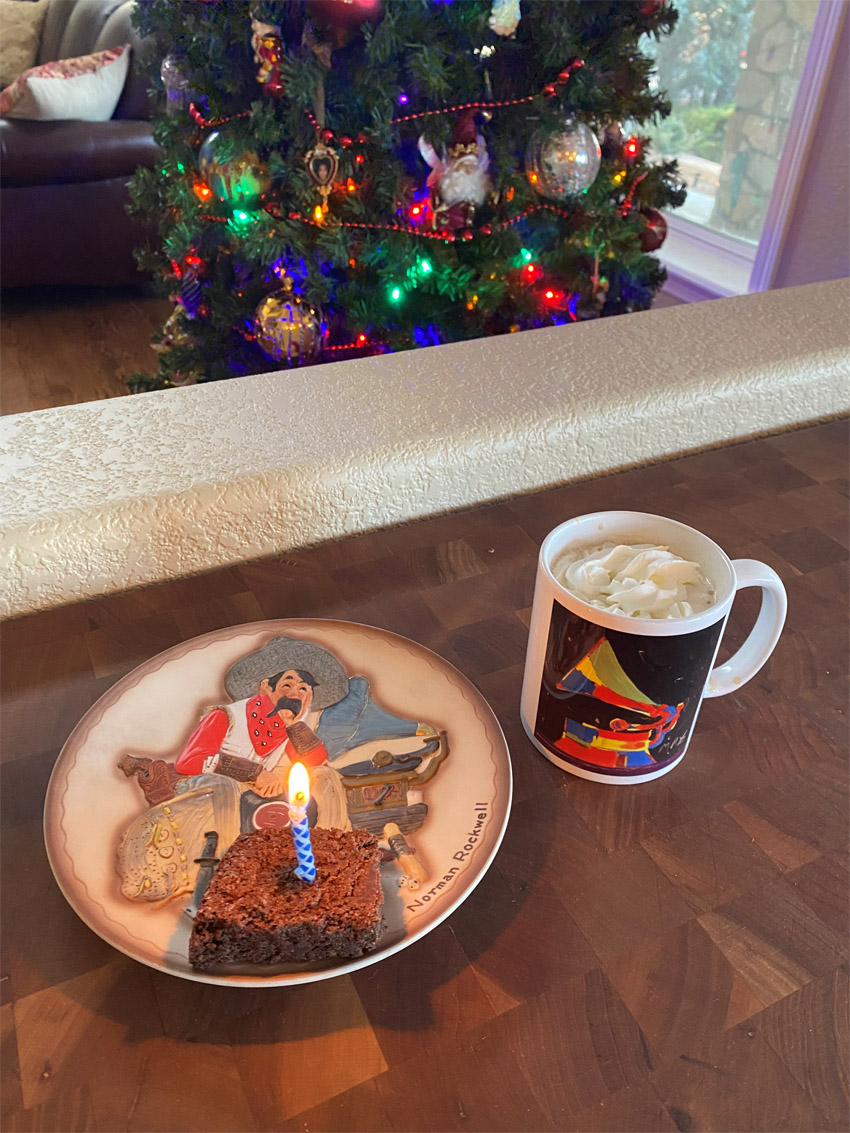 The tradition of chocolate as part of the phonograph's birthday anniversary was continued this year. In addition to my brownie, Lindor Assorted Chocolate Truffles were sampled during the day and it was reported that the two youngest FOTP members had celebrated with Mint Chocolate Ice Cream. Chocolate cake was enjoyed by others. As many FOTP know, the two-degrees of separation connection between the phonograph and chocolate goes back to at least the 1903 phonograph made by the Stollwerck Chocolate Company in Germany that was designed to play foiled wrapped disk records made of chocolate. Other chocolate connections can be seen in Phonographia's PhonoFood.

A piece of cake was naturally a common selection for where to put the birthday candle but kudos to the pie eaters for remembering Edison's own enjoyment of a piece of pie and a glass of milk.

One FOTP member reported that she drank her morning coffee using her Friends of the Phonograph coffee mug and that she had remembered the significance of the day before the FOTP birthday email reminder had even arrived. Again, kudos to those who "Remember the Phonograph." LOL. 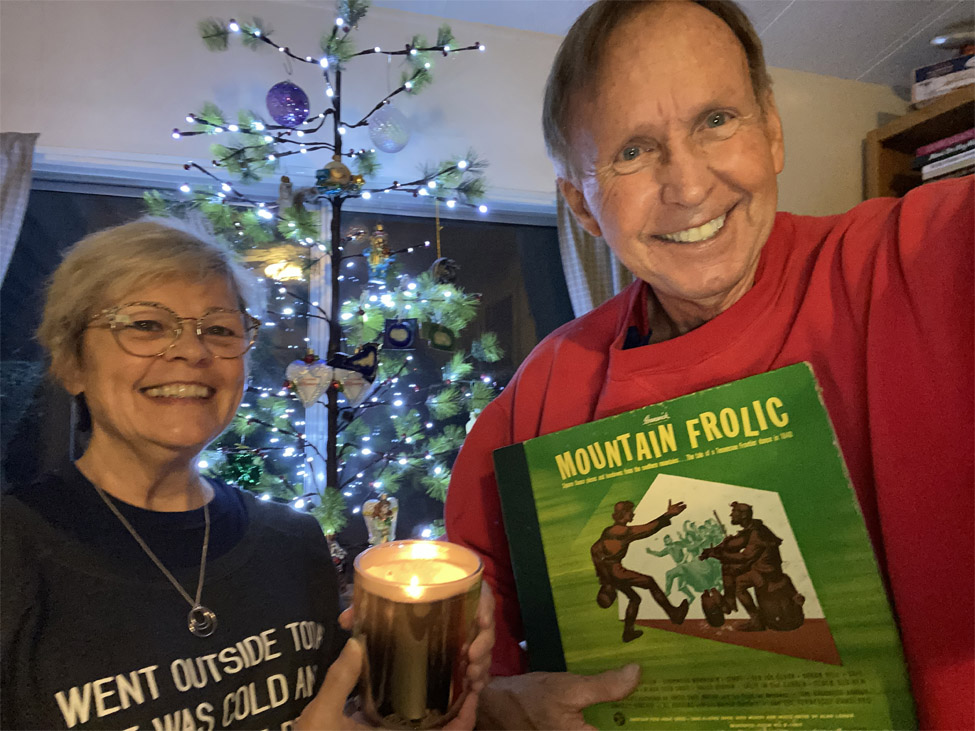 Celebrating the Phonograph's Birthday Anniversary on December 6, 2021 in California

Wendy and FOTP charter member DK holding what he said was his Rocky Mountain homage record to Edison's Phonograph.

The evening wine selected for a toast to the Phonograph was Sixth Sense Syrah, Michael David Winery 2019, Lodi - the 2021 official red wine of Friends of the Phonograph. (For more information see Phonographia's PhonoDrinks).

Wine Label of Michael and David's Sixth Sense Syrah and their Cabinet of Curiosities, 2021

The most memorable birthday moment of the day, however, goes to the two youngest members of Friends of the Phonograph who are currently in a dual language immersion school and who sang Happy Birthday to the Phonograph in Spanish.

As Friends of the Phonograph know there was some very early marketing to promote the phonograph as the ideal teacher of foreign languages. As a "primary teacher" for learning a language the conversational course of the Meisterschaft System, FRENCH, GERMAN, SPANISH, or ITALIAN, was offered in 1891 on twenty-four cylinder records for each language: "A Revolution in the Study of Foreign Languages." 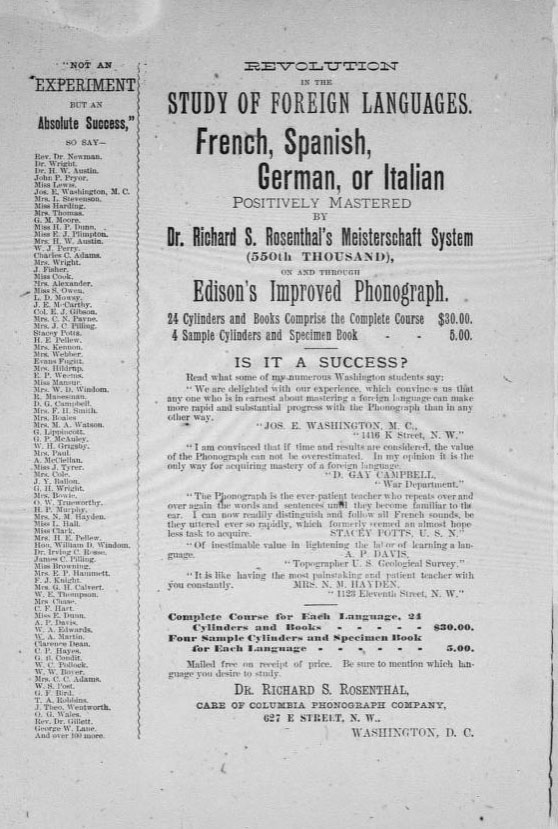 Revolution in the Study of Foreign Languages 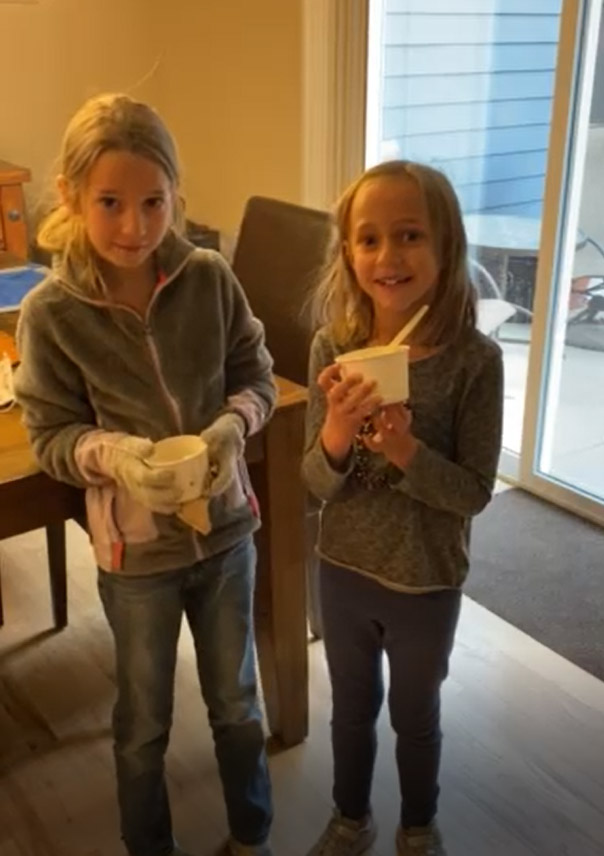 Remarkably, these two young girls are currently learning Spanish without the assistance of an Edison Phonograph or without the 1891 Conversation Course using Rosenthal's Meisterschaft System and its 24 cylinder phonograph records. 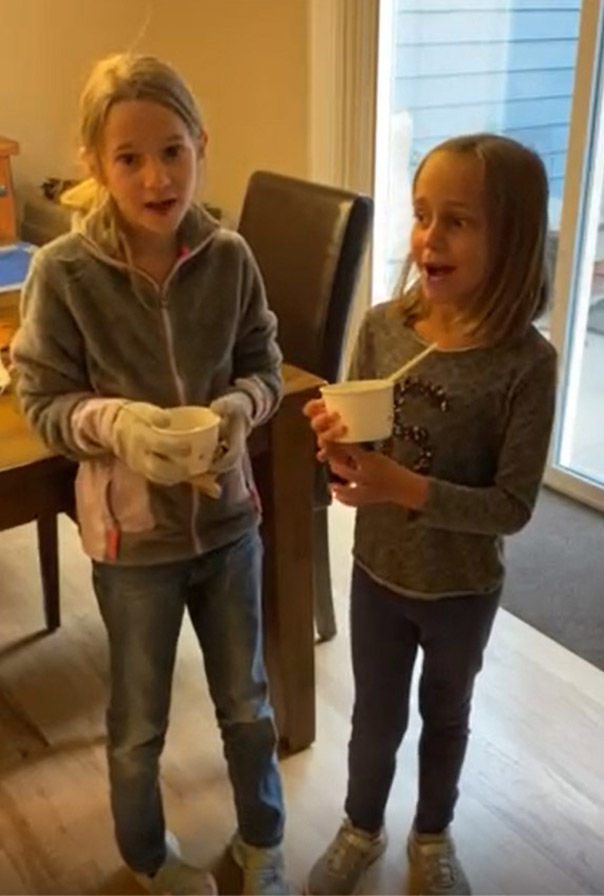 Watch their 2021 Happy Birthday to the Phonograph rendition HERE. 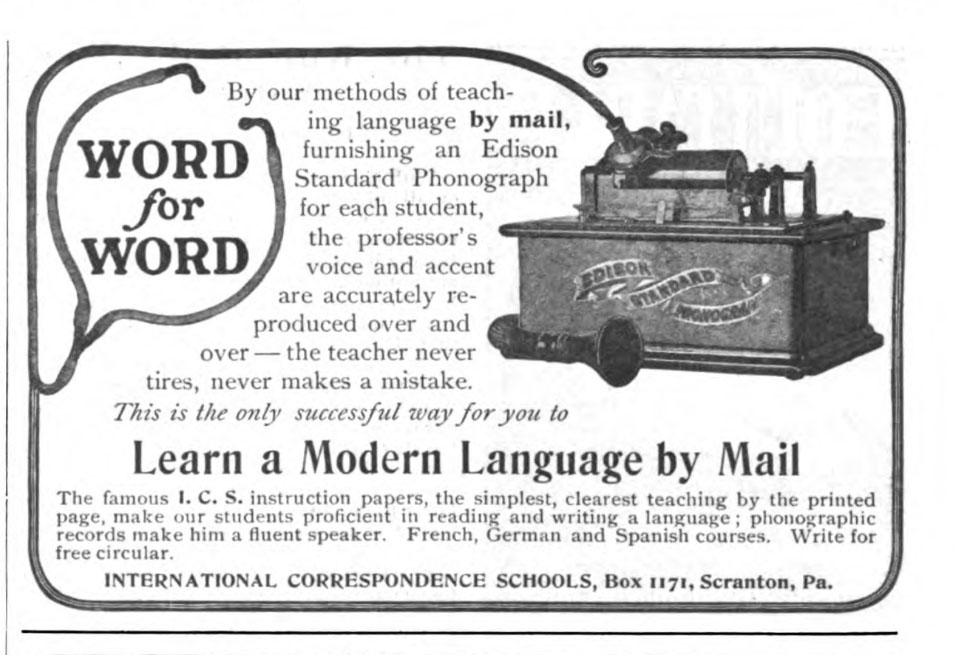 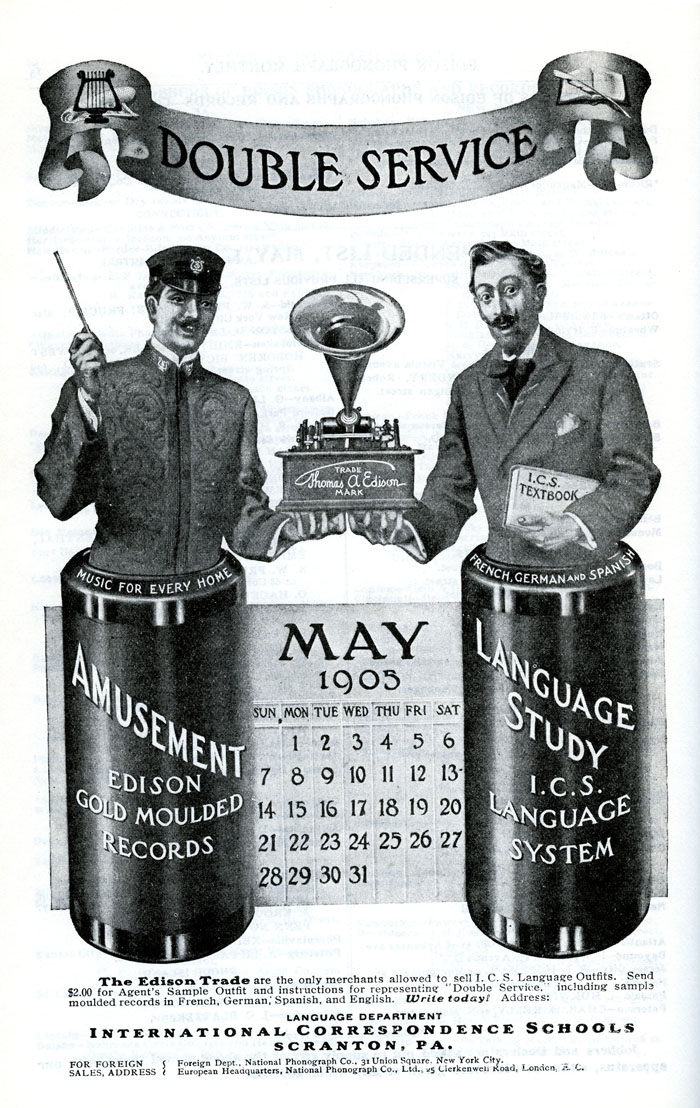 The Edison Phonograph Monthly, May 1905 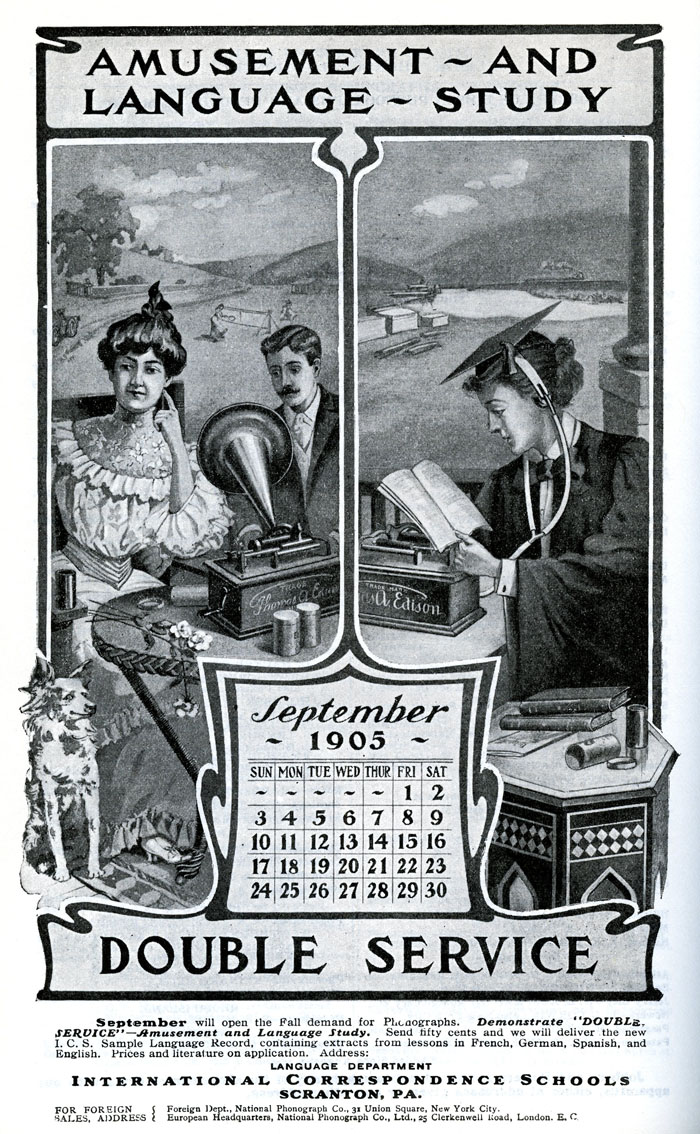 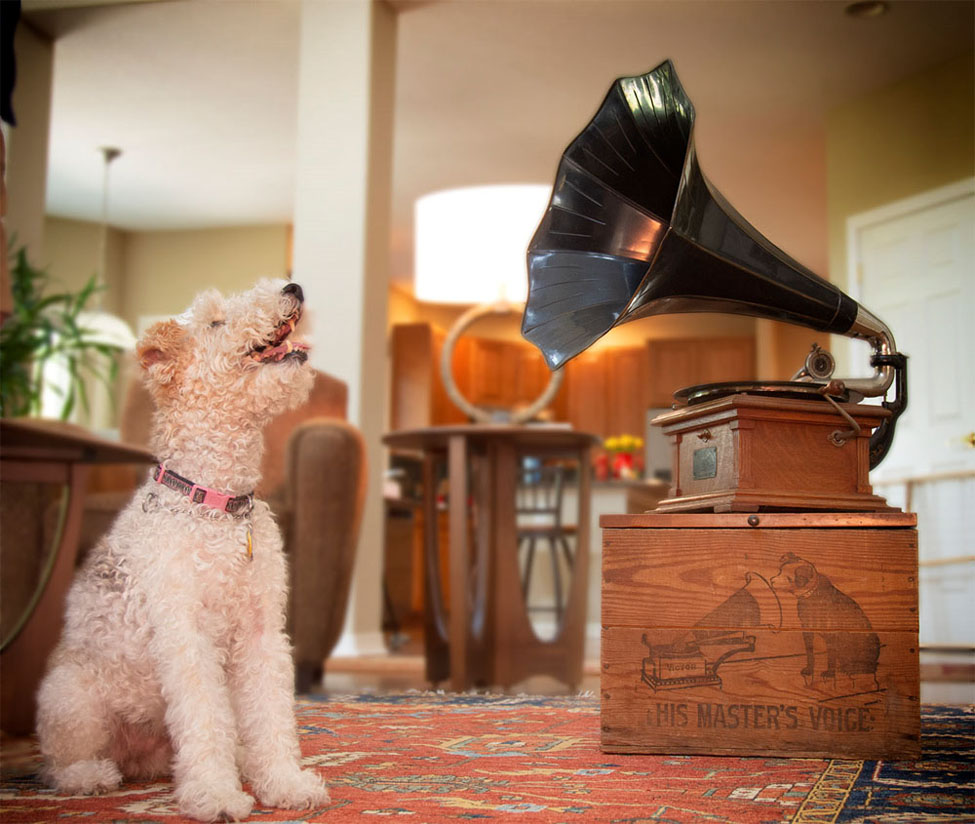 As I document the celebration of the Phonograph's 144th birthday anniversary it seems timely to mention (although surely obvious to everyone) that FOTP and its birthday parties are just for fun.

Yes, it makes me smile that you are reading this page.

But as human beings on planet Earth we apparently can't make the connections about what we do now and how it impacts future generations. We live and experience with other sentient beings "the great day that dawns" each day. Until we can't. And when we do stop breathing (as each of us will) we surely don't want our legacy to be that we left the planet worse than how it was when we entered.

Everything is connected but humans do not own this planet or the connections in the living world or the cosmos.

Failure to understand connections may very well result in the human experiment on planet Earth being a failure. 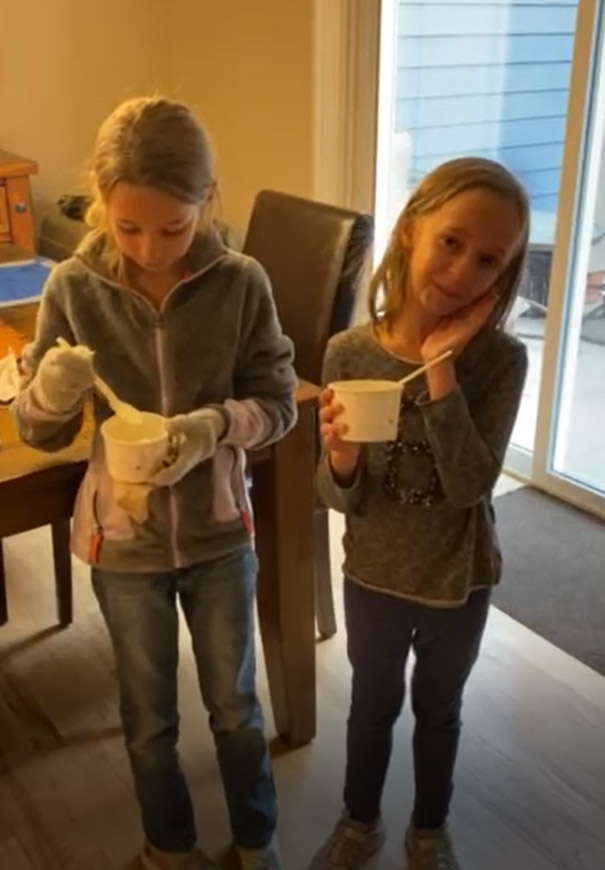 Back to the ice cream

For another listen, watch this period piece 1978 Music Video of Elvis Costello rockin' out with his "What's So Funny 'Bout Peace, Love and Understanding".