The Boys' Own Phonograph 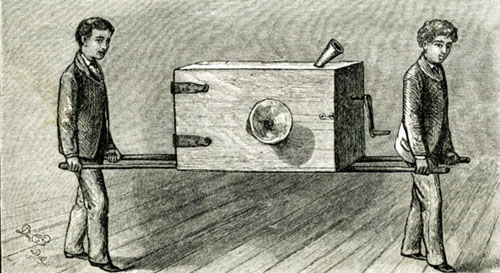 This story is about how "a party of bright boys, accustomed to the use of carpenters' tools can make their own phonograph."

Spoiler alert: The success of this construction is dependent on having a small boy; "and the fact is that he is the most important part of the whole machine; for this is only a piece of fun, intended to excite curiosity and amusement in the audience..."

That explanation of how this phonograph works is also interesting because some of the early history of the phonograph included skeptics who suggested there must be ventroquism or a hidden speaker as the source of the phonograph's voice. (Note: This story was written just two years after the phonograph had been first demonstrated to the public (December 8, 1877) so most people had not yet seen a phonograph nor did they understand how it worked).

For early phonograph advertising related to "where does the phonograph's sound come from" and "how did the band get into that machine," see Phonographia galleries Looking for the Band and "Artists Inside the Horn - How did they all get in there?" 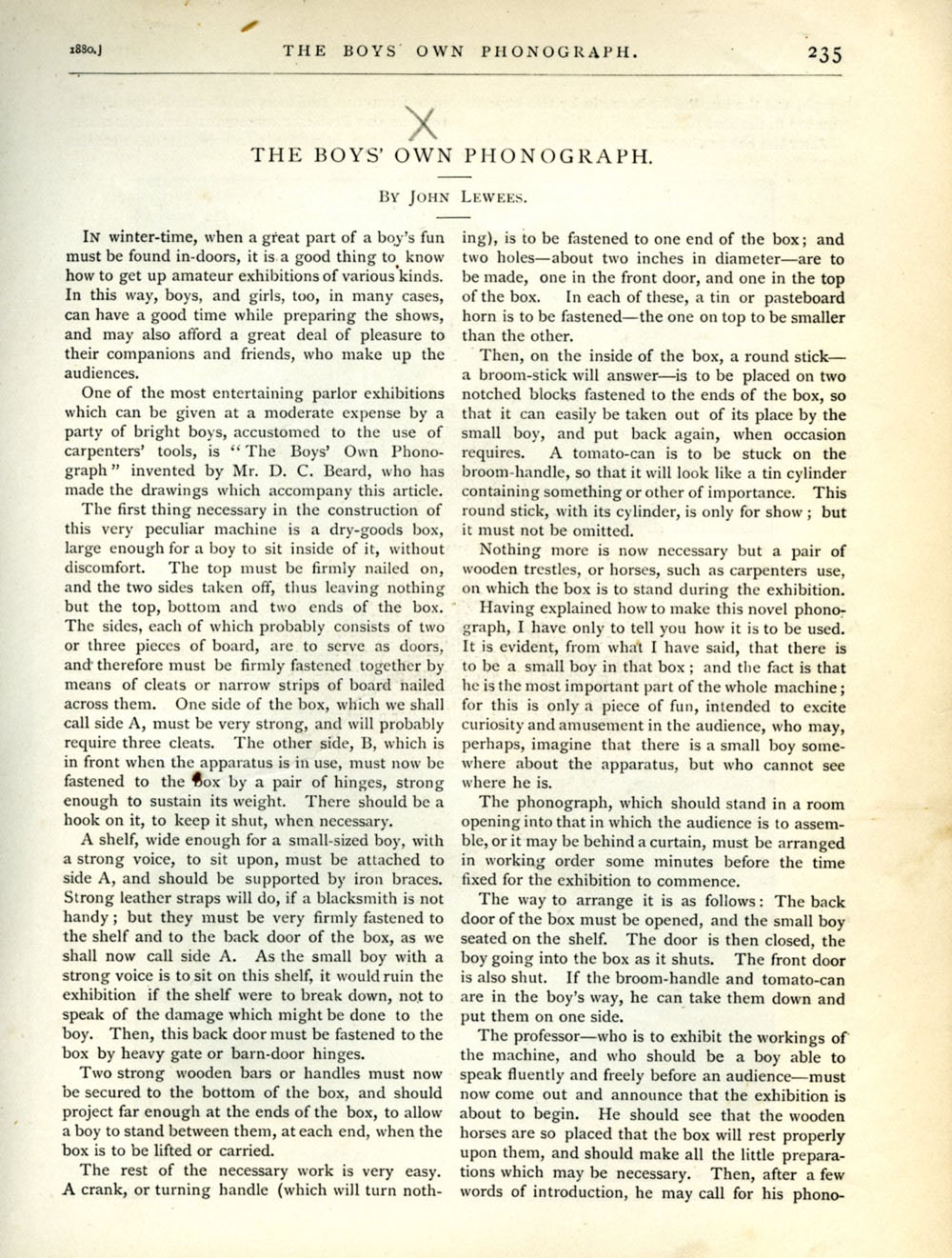 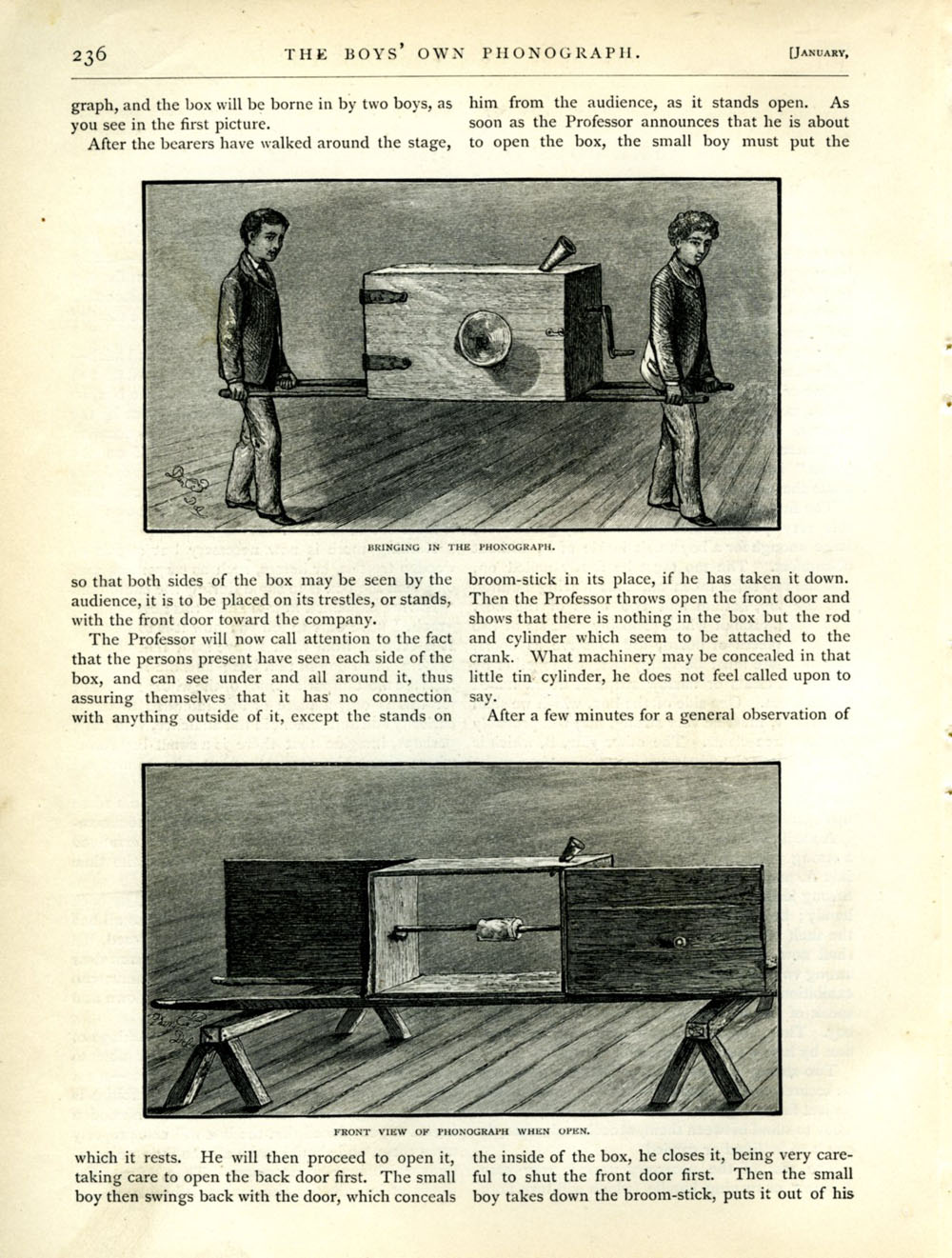 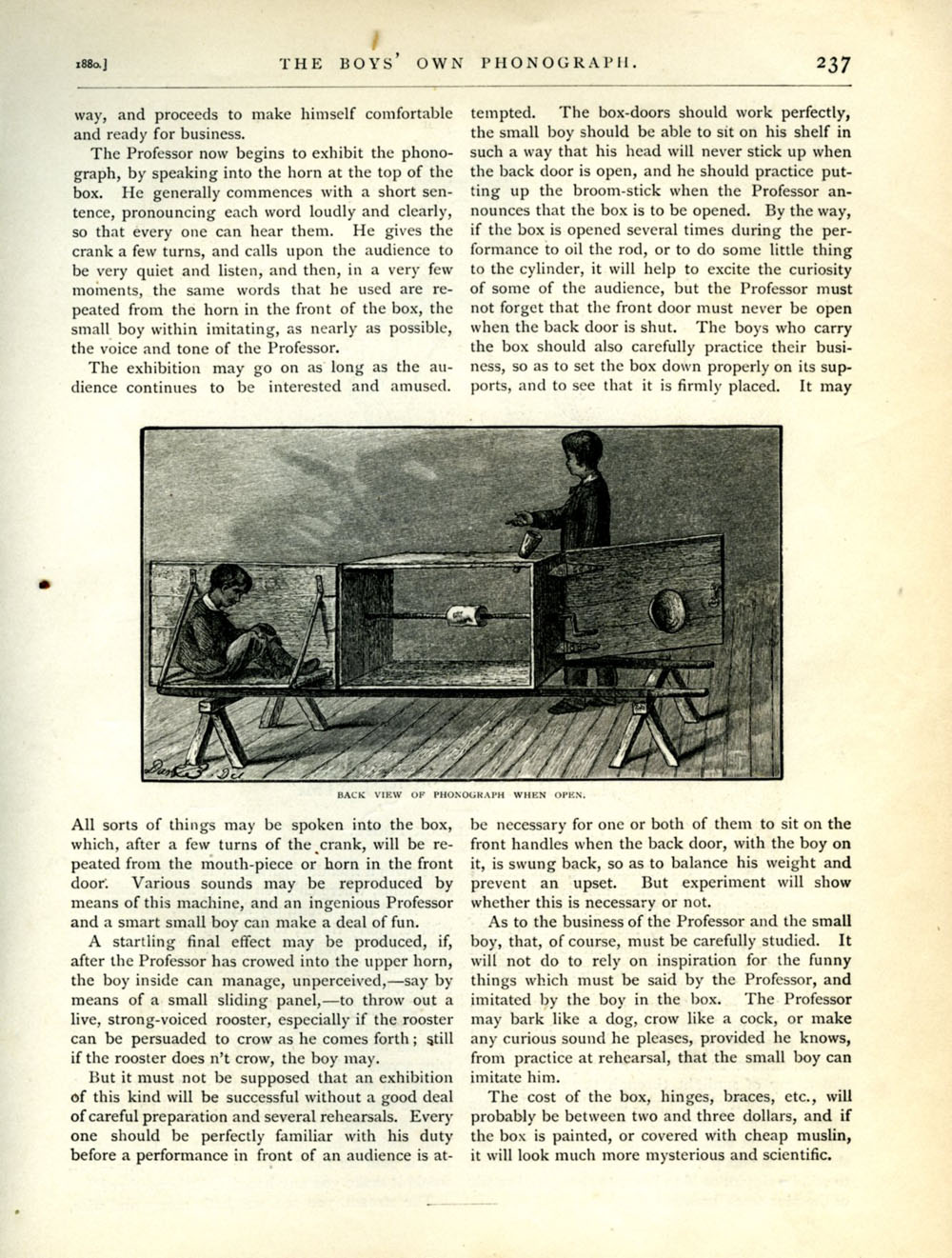 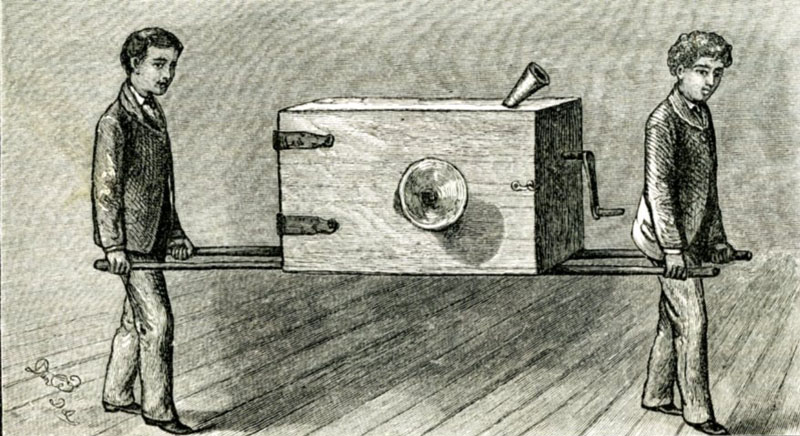 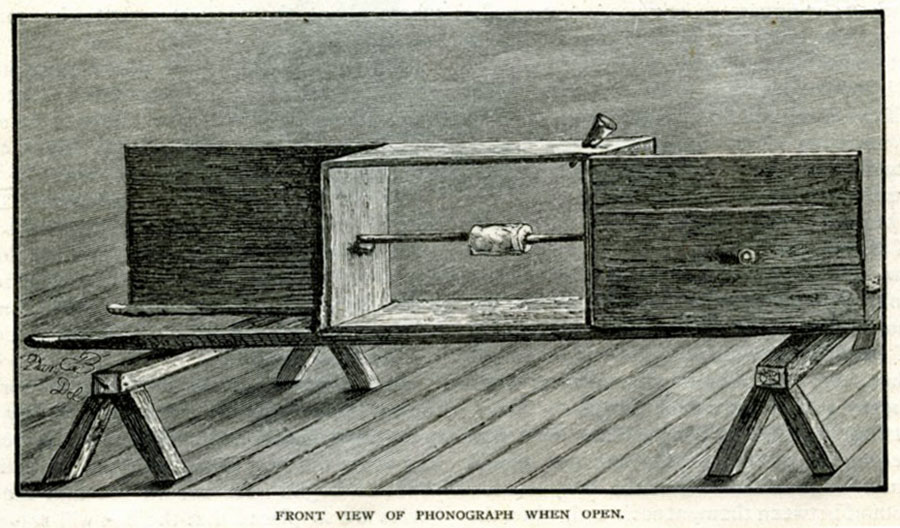 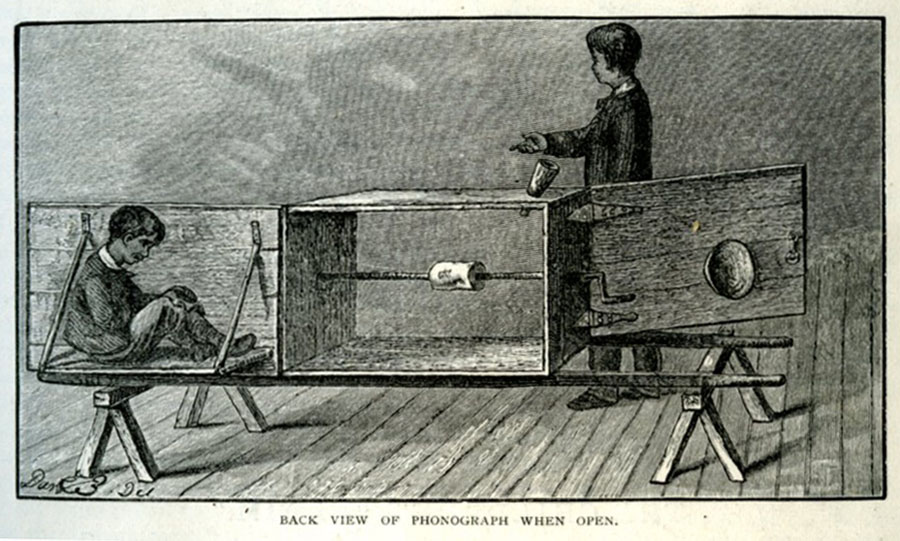 To read some circa 1900 jokes based on those who did not understand that music could come from a Phonograph see PhonoToon's Jokes - "Where's the Band?"

To see examples of children's toy phonographs (not homemade) from the 1920's and 1930's visit Phonographia's PhonoLithos. 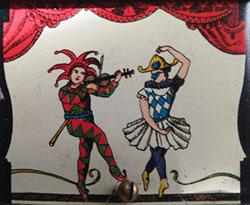