What Happened to Mary 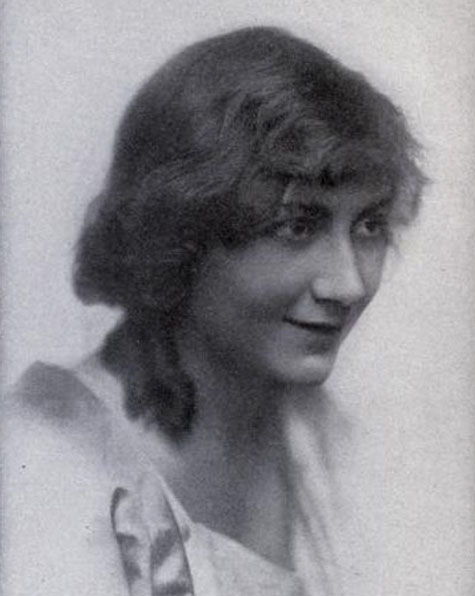 "What Happened to Mary"

Two of the episodes have connections with the phonograph.

In Episode One Mary has lived under the care of Billy, a shop keeper, for eighteen years and it's unknown why her parents abandoned her. Billy had promised Mary that they would someday get a phonograph and Mary had looked forward to the arrival of the "phonograph as to a glimpse of heaven."

In Episode Seven the phonograph plays a key role in recording an incriminating conversation which is then played at a criminal trial.

The following provide details and the text related to those two phonograph connections.

In the seventh episode of the serial titled "False to their Trust" the phonograph helps bring about the conviction of Mary's Uncle Craig and his son, Cousin Henry, who were embezzling their bank. The original plan was for Mary to listen in on an important conversation while hiding in the storeroom and to take notes. Once inside the storeroom, however, Mary saw a phonograph and realized that it would provide much better evidence than her transciptions. She knows exactly how to use the phonograph and captures incriminating words from her uncle and cousin.

At the Craigs' trial and after the courtroom and heard the phonograph's record the defense announced that it would introduce no testimony. "What's the use of perjuring yourself?" the prisoners' chief counsel advised the Craigs. "That girl and that phonograph record nailed you to the cross."

See Photo Play Theatres' newspaper promotion and synopsis for Episode 7 of the film "What Happened to Mary" which was showing in January 1913 at Lincoln, Nebraska's Lyric Theatre.

The following excerpts come from the book What Happened to Mary - A Novelization from the Play and the Stories and the Stories Appearing in the Ladies' World by Robert Carlton Brown (New York Grossett & Dunlop, 1913) with phonograph connections highlighted followed by respective pages from the book.

Then there was silence. Meantime, Mary's wandering gaze had settled on a dusty commercial phonograph standing on top of a pile of blank checkbooks. She had both given and taken dictation by phonograph in Eayner's office, and thoroughly understood the instrument.

A thought flashed instantaneously through her mind. A tangible record of the conversation between the Craigs would be much more valuable as evidence than any shorthand notes she could make.

It was the work of a second to step to the phonograph and slip in place one of the fresh records from a box beside the machine. Her hands flew. Finding that the dictation machine was already wound up, she set the mechanism going and thrust the receiver into the dictating horn just as Henry Craig replied slowly. 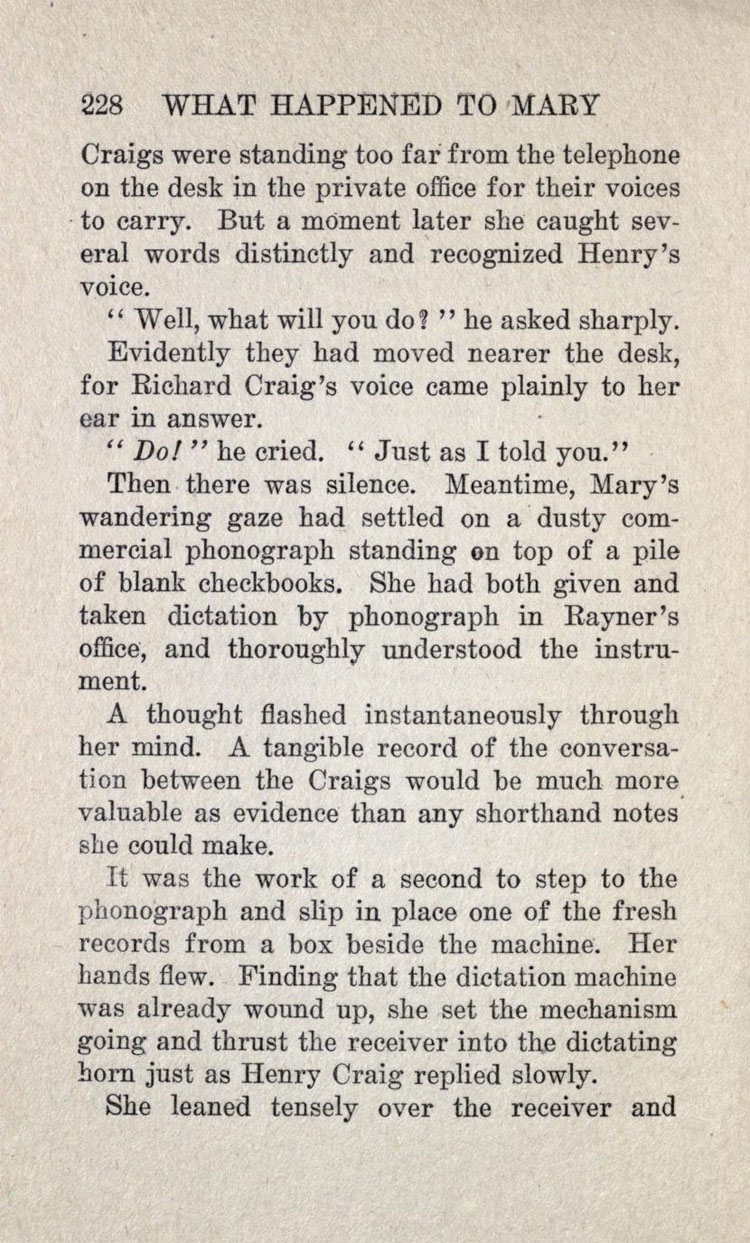 "Yes, go out and take her through the bank; she's interested. I think it's a good sign that she came down here of her own accord. Make Mary hung up the receiver. The phonograph record was complete. She had no more time to listen to the disgusting revelations. Slipping out the neat little cylinder of wax, she held it up triumphantly, then wrapped it quickly in a filmy handkerchief and placed it carefully in her hand-bag. 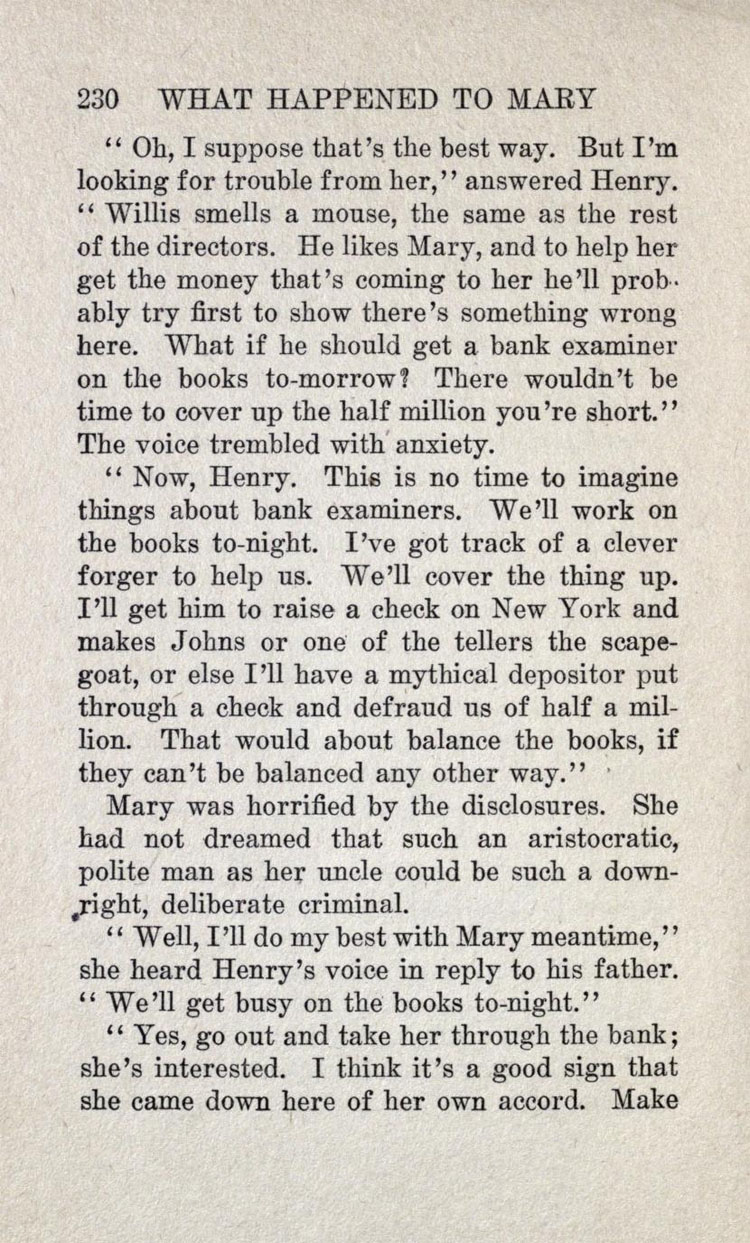 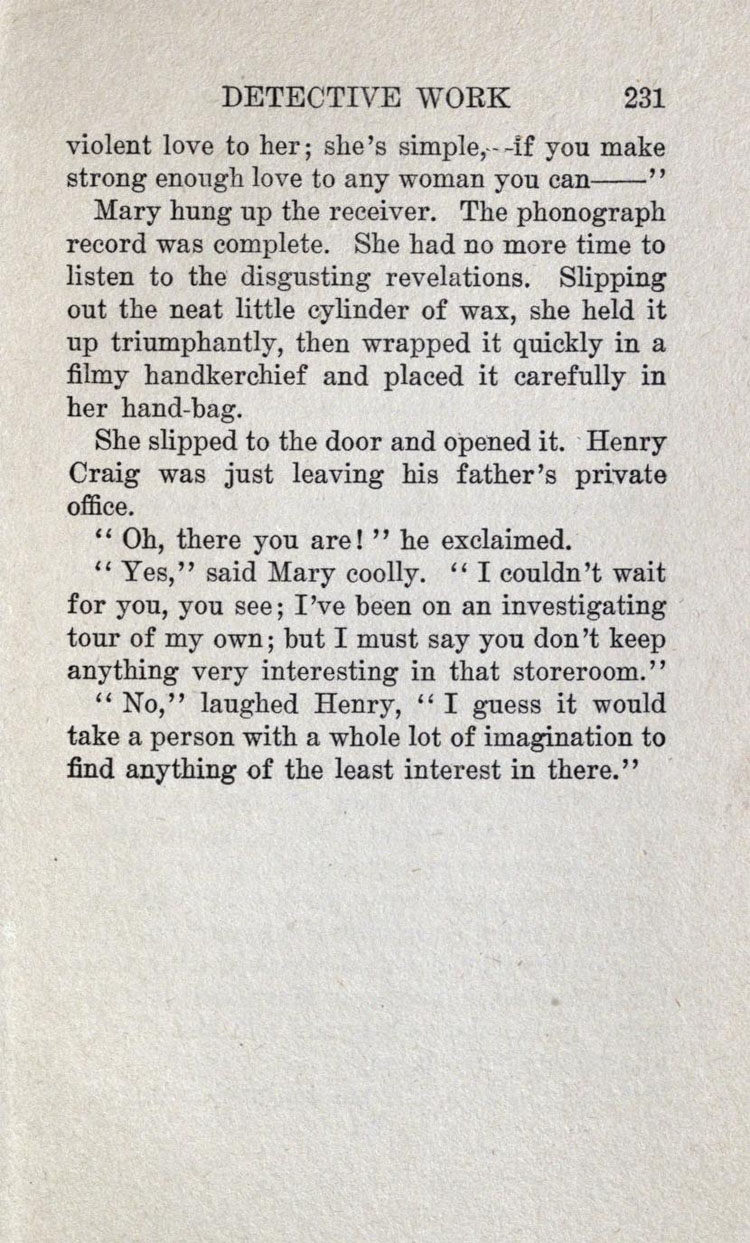 Mary told, with rising excitement, of the Craigs' talk about raising checks. Then she explained how she had inserted the telephone receiver in the horn of the phonograph, and of her preservation of the waxen record of their remarks, which she had afterward sent to the District Attorney by John Willis.

When she had finished, Mr. Hovey produced the record and Mary identified it as the one she had made. Amid strenuous objections on the part of the defendants' lawyers, Judge Bussel ruled the record competent evidence, "For the purpose of corroborating the witness, Mary Craig."

It was a tremendously dramatic moment when the hard voice of Eichard Craig was reproduced by the phonograph and carried to the intently listening men in the jury box. When Henry Craig's voice took part in the conversation, and the hideously incriminating plot was repeated in all its damning detail, the set faces of the twelve men who were to decide the question of the guilt or innocence of the accused held their verdict so plainly written that all might read it. The prisoners, keenly alive to the fate that awaited them, wilted in their chairs.

"The State rests," snapped District Attorney Hovey as Mary stepped from the stand, amid a subdued buzzing from the spectators, and imperative thumping and orders of court attendants endeavoring to maintain silence.

Ashy-faced, the two defendants huddled together, while their counsel made sundry objections, motions to expunge the records, and to dismiss the indictment on the ground that no criminal intent had been proven. They were promptly overruled and, after a hurried whispered conference, the defense announced that it would introduce no testimony.

"What's the use of perjuring yourself?" the prisoners' chief counsel advised the Craigs.

"That girl and that phonograph record nailed you to the cross." 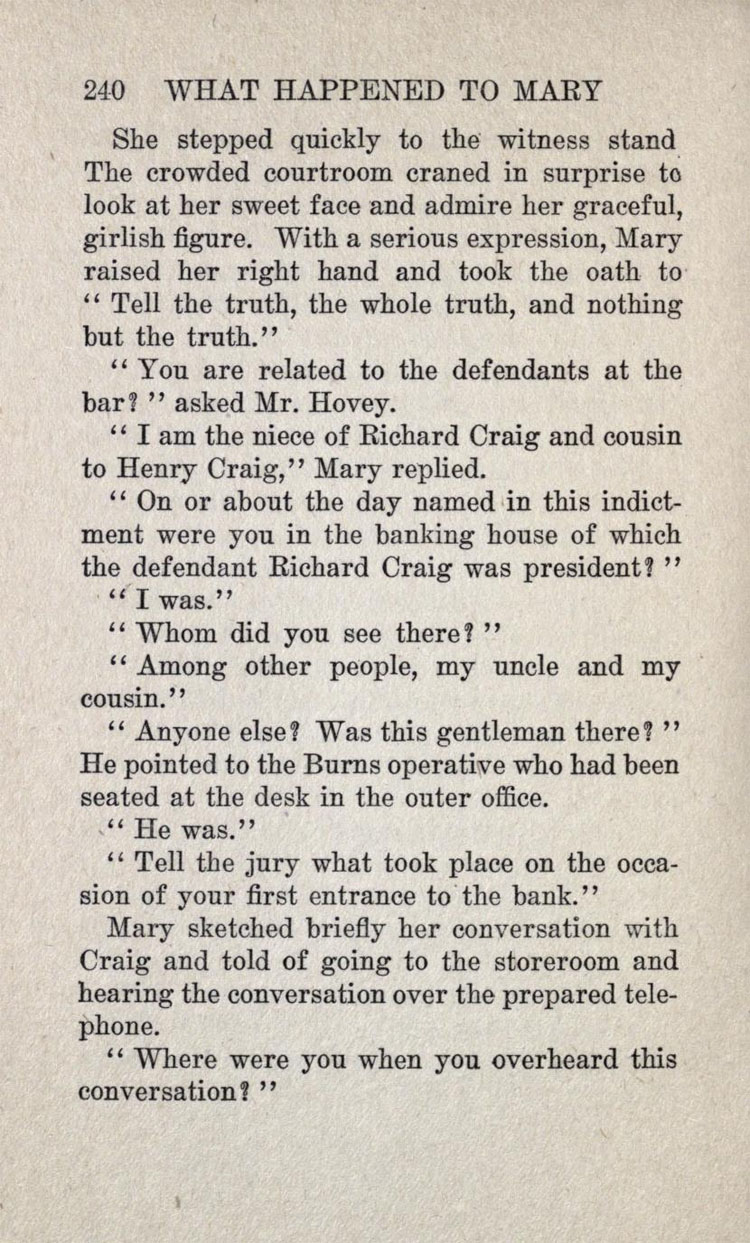 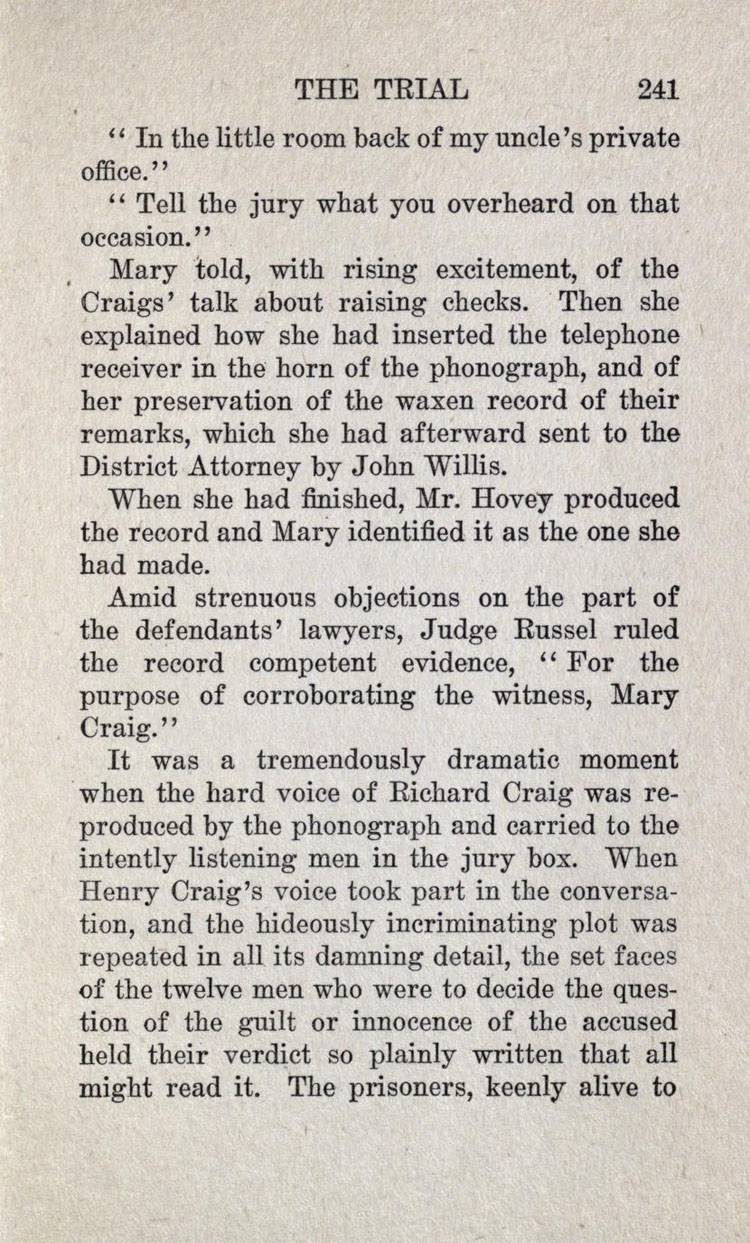 "There short sail over, Mary returned to the store. Billy Peart had brought back a long-promised phonograph from Truscutt to be used as a business stimulator during the dull, dreary winter. Mary had looked forward to the arrival of that phonograph as to a glimpse of heaven. Now she listened listlessly, her thoughts astray as she dropped into a chair and heard the rhythmic wail of the Miserere. Slowly the music drifted into her thoughts; it stirred her, differently than the church choir, differently than the two twinkling pianos in the village. This music had in it the same human note that she had found in the chant in the fisherman as they rode in through the storm...She thought of going to her room. She felt like crying alone. But just then Billy Peart put on the record of "The Blue Danube" and she lingered to listen." 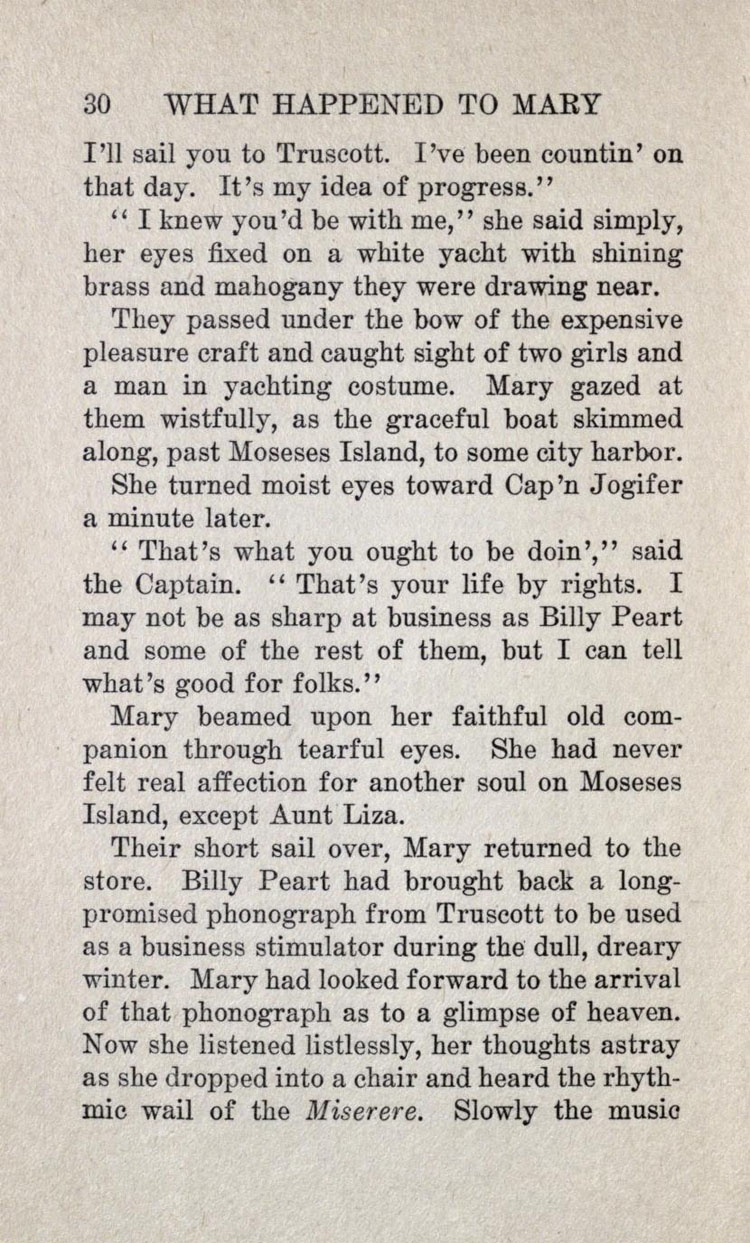 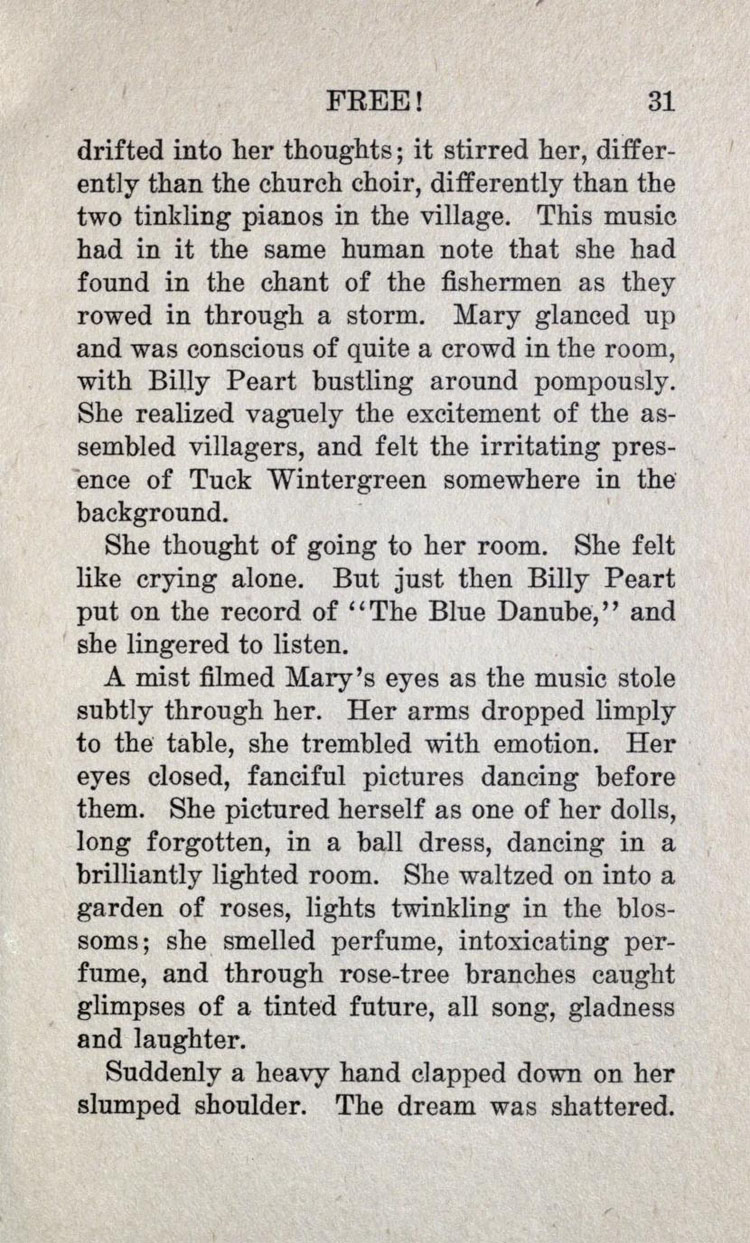 "What Happened to Mary" Episode VII at the Lyric Theatre January 30, 1913

Synoposis from Photo Play Theatres "What Happened to Mary" at the Lyric Theatre in Lincoln, Nebraska included this phonograph related detail in its review (perhaps spoiler alert should have been added for those who hadn't yet read the respective episode in "The Ladies' World"): "The evidence is obtained by making a phonograph record from a telephone conversation between the father and the son and the scenes in which Mary gets this record are very exciting and intensely dramatic." 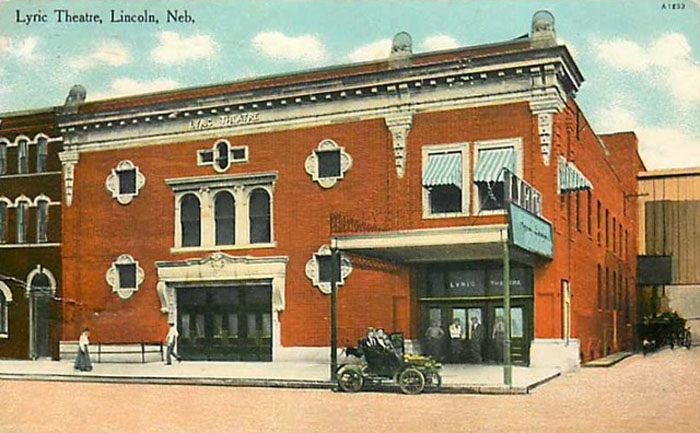 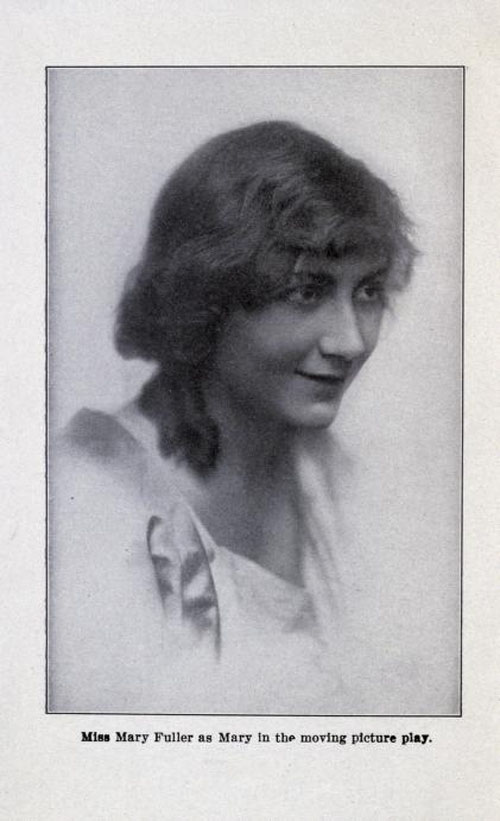 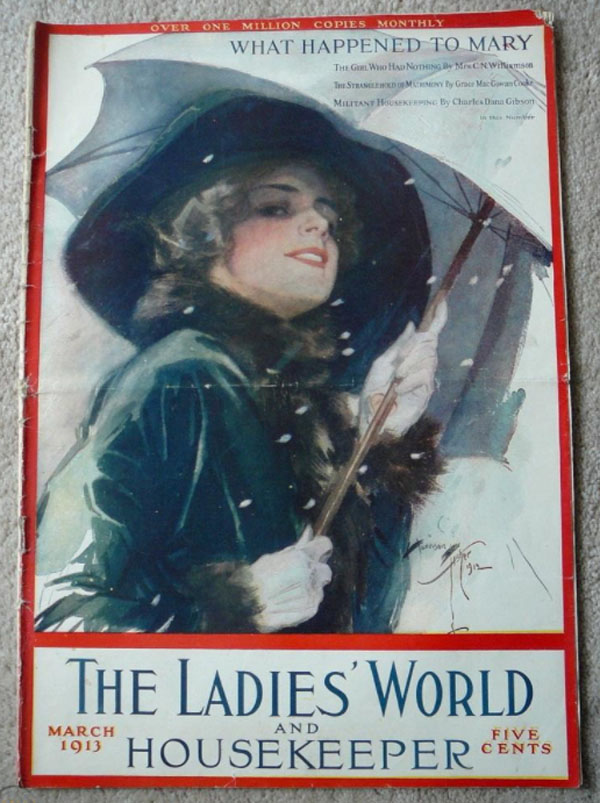 The Ladies' World, March 1913 with Episode Nine of "What Happened to Mary"

FACTOLA: Edison's twelve one-reel moving picture play of the episodes of "What Happened to Mary" is the first serialized movie in the United States. With release of episode one starting July 26, 1912 to coincide with the serial story of the same name's publication in The Ladies' World magazine this serial became a popular culture marker. MoMA summarized this success as follows: "Starring the popular Mary Fuller as a foundling in search of her biological parents, the series was a sensationinspiring fashion layouts, songs, a novelization, a board game, a Broadway play, and the 1913 sequel (now lost) Who Will Mary Marry?."