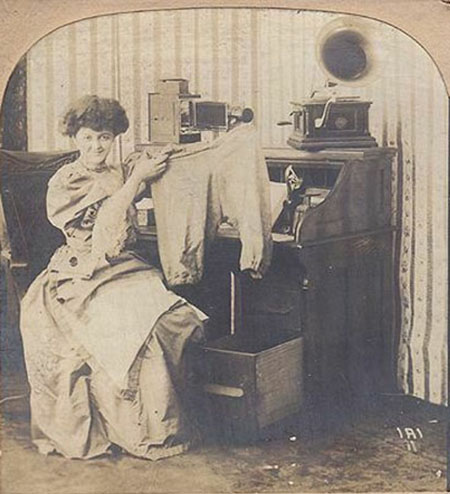 Stereoviews with phonographs and related scenes. 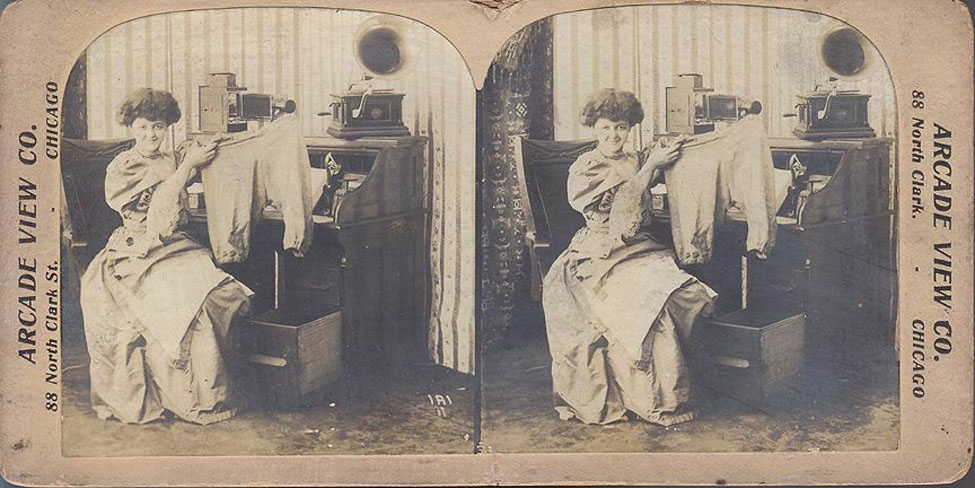 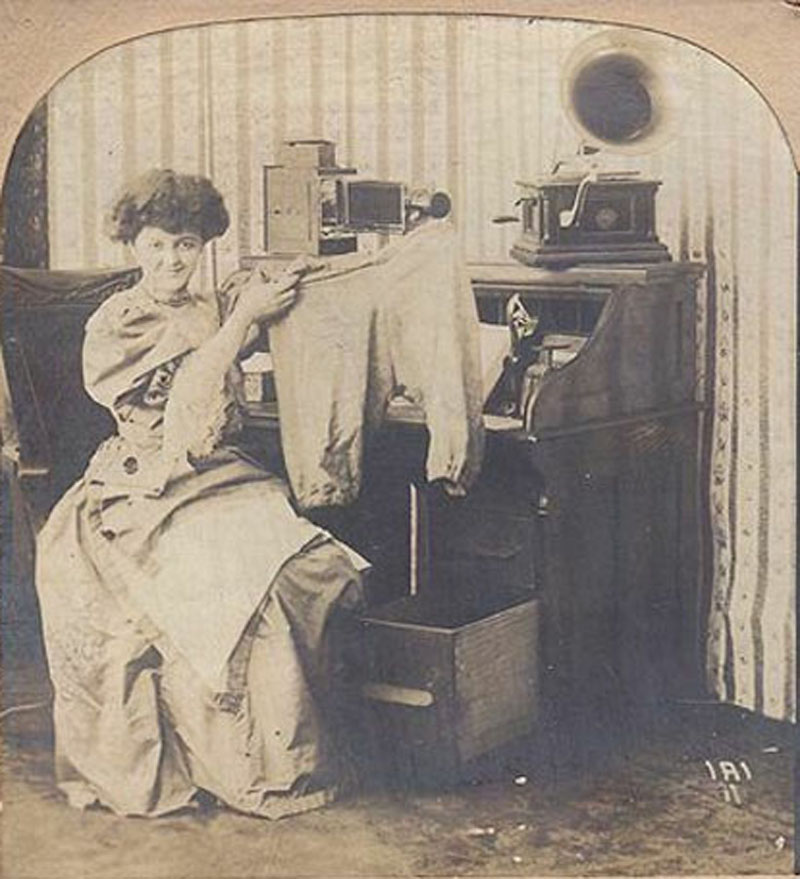 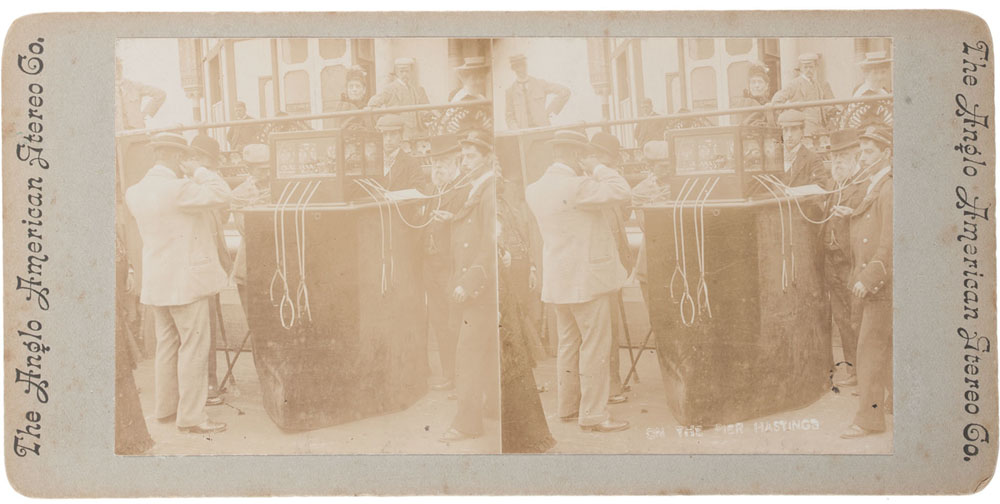 Listening to early phonograph "On the Pier Hastings" circa 1895 - Courtesy Cowan's Auction House.

Stereoview of a group of men standing on the Hastings Pier, listening to Edison's phonograph, which is mounted upon a large stand with listening tubes. Passersby look on as the men listen to the new invention. "On the Pier Hastings" is written in the negative at bottom right. Credited on mount to The Anglo American Stereo Company. (From the Steven Rowan Collection) 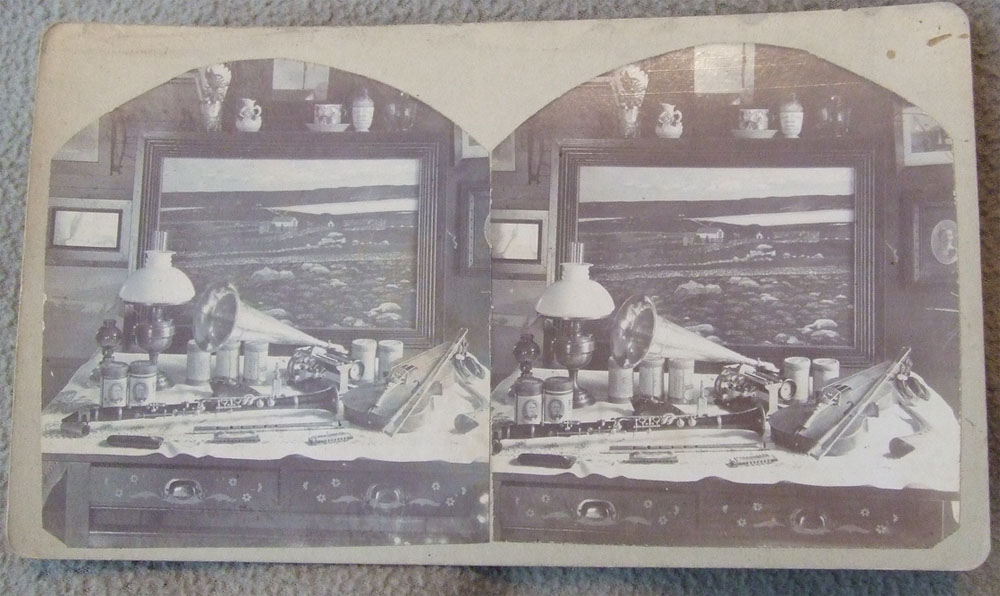 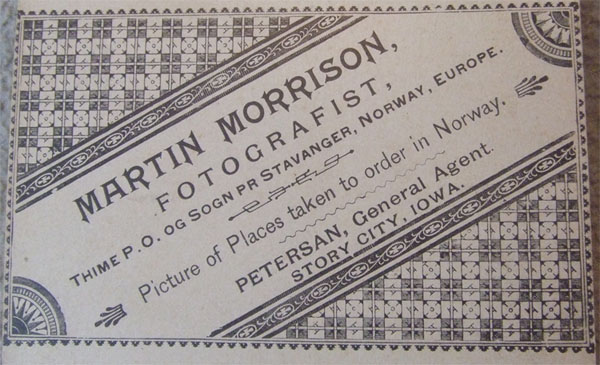 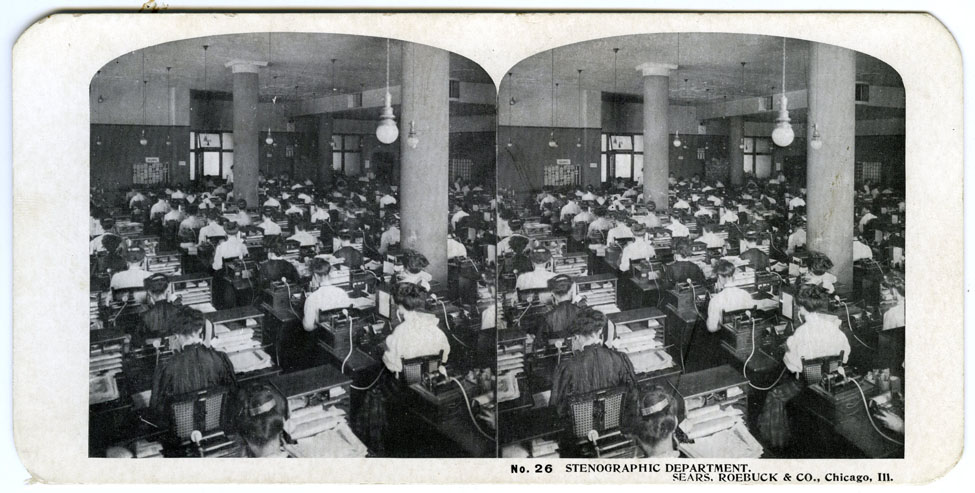 Back of the card reads: In this room between 150 and 200 young women transcribe letters dictated from a graphophone. 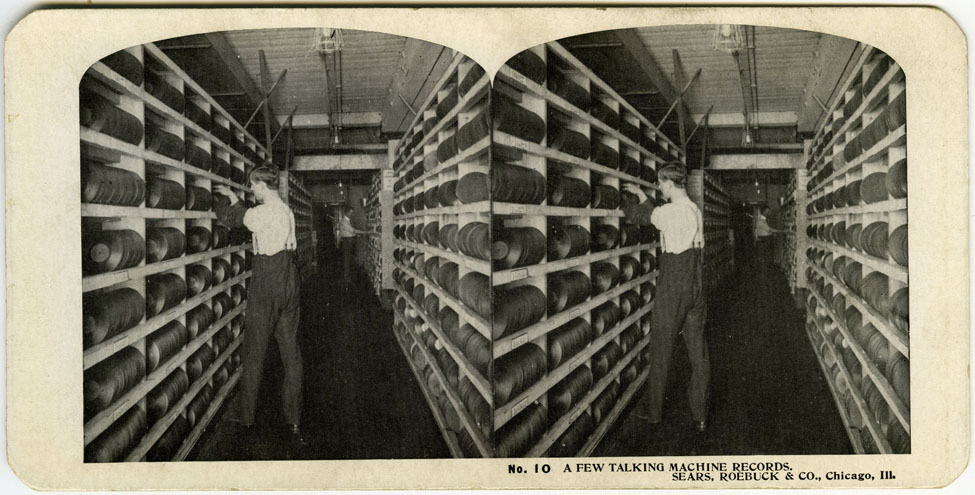 Back of card reads: We are probably the largest dealers in talking machines and records in the US. We bought one million graphophone records in one order. 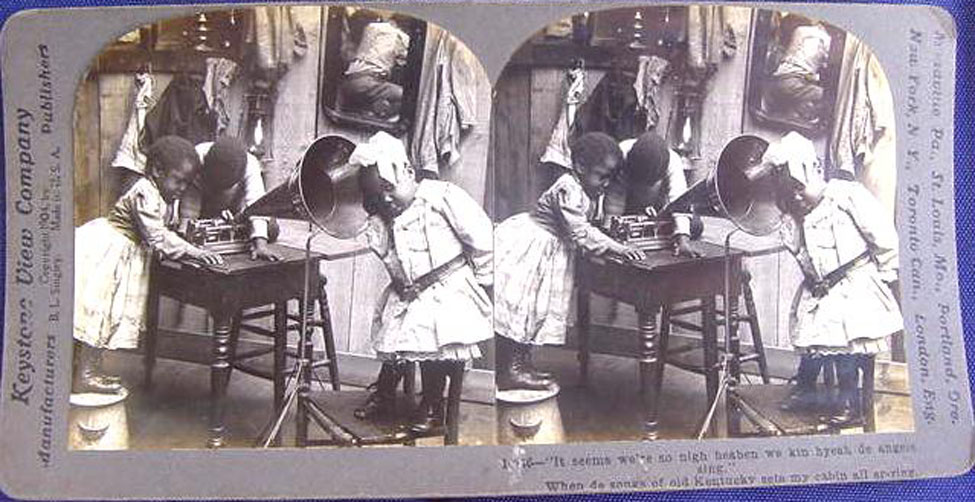 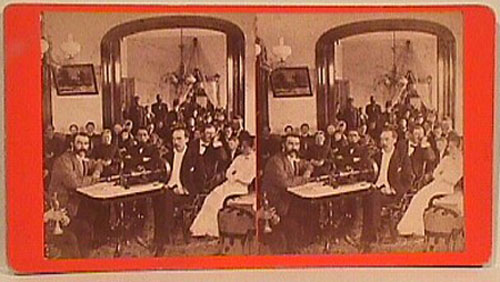 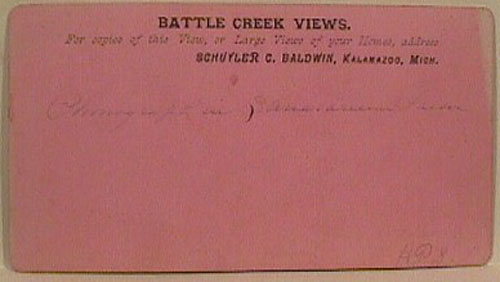 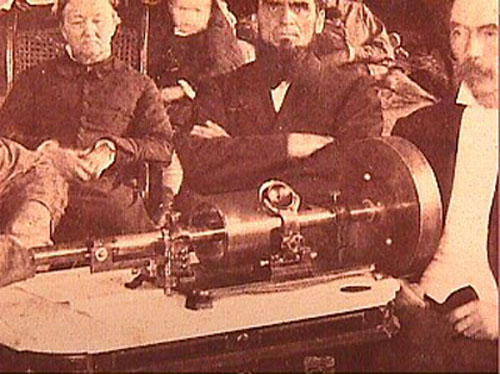 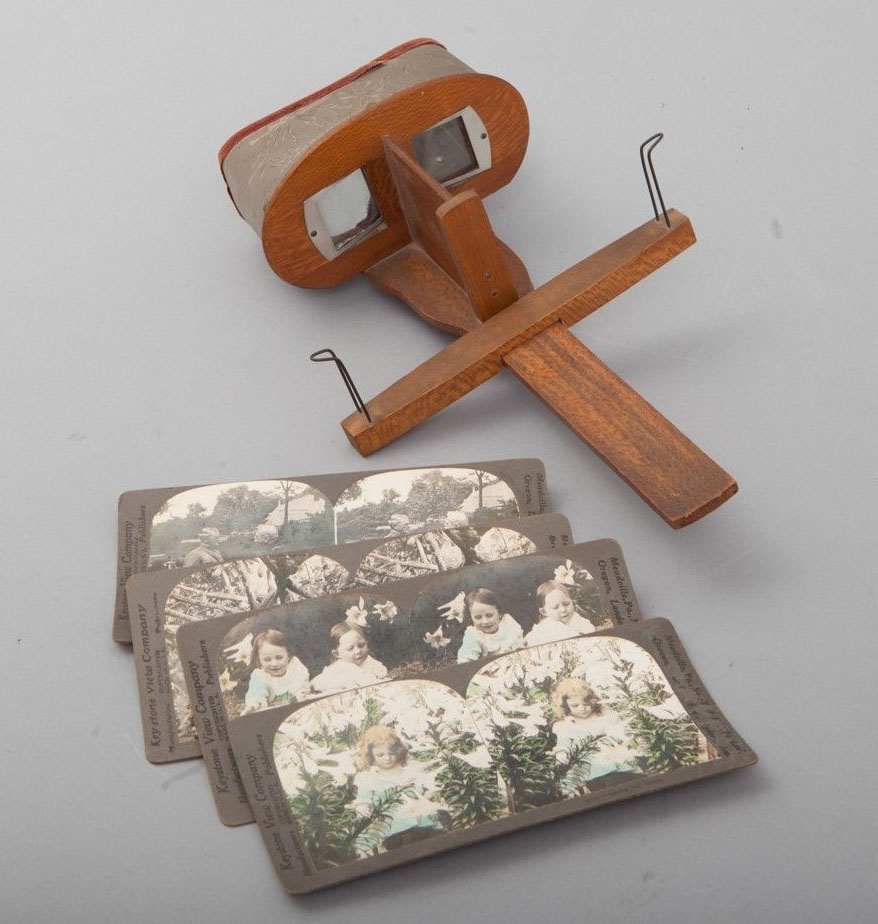 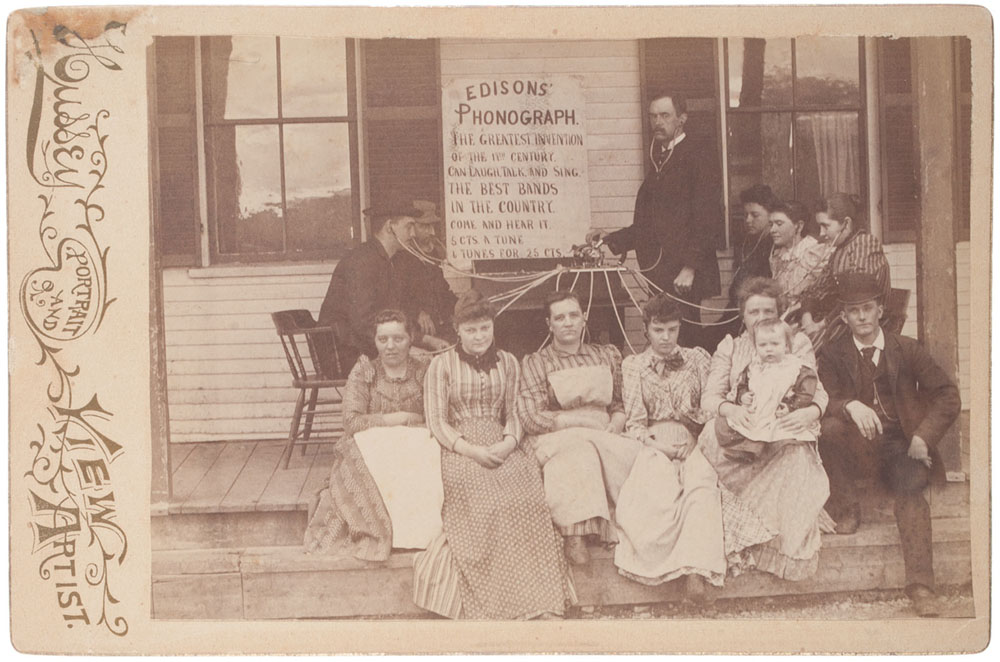 "Edisons' [sic] Phonograph. The Greatest Invention of the 19th Century. Can Laugh, Talk, and Sing. The Best Bands in the Country Come and Hear it. 5 Cts a Tune. 6 Tunes for 25 Cts." Credited on mount and verso to L.R. Hussey, Bingham, ME. (From the Steven Rowan Collection)