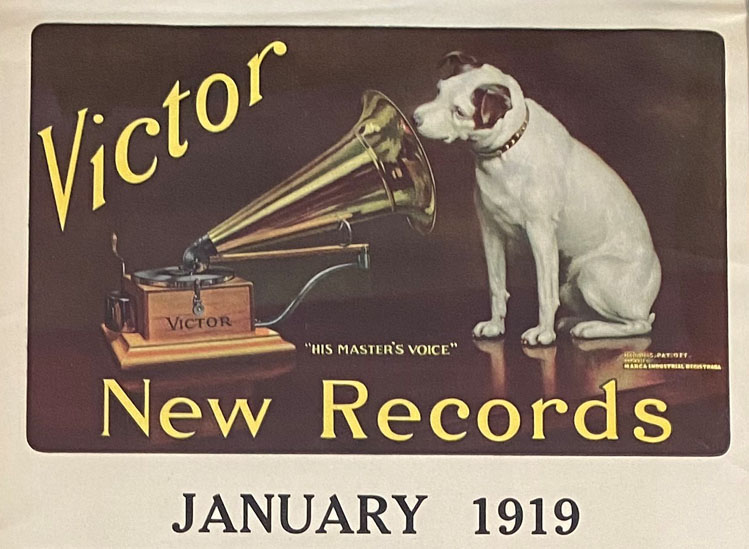 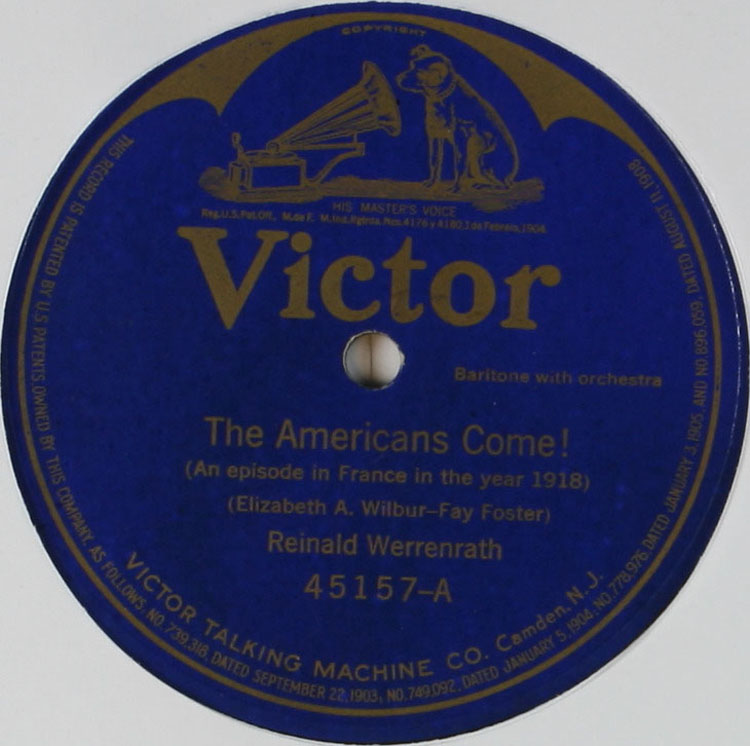 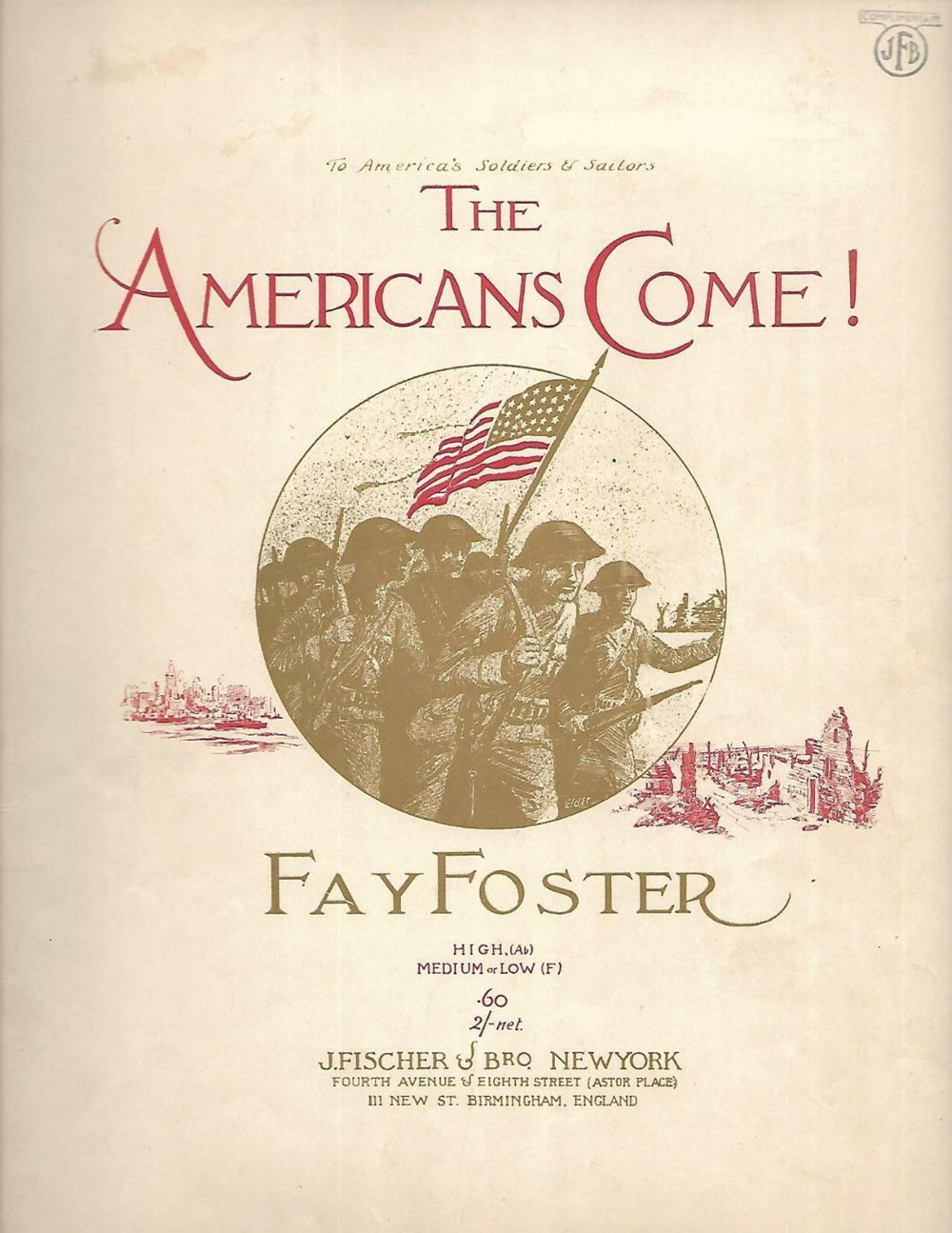 "The Americans Come (An Episode in France in the Year 1918)" is a World War I song written and composed by Fay Foster. The song was first published in 1918 by J. Fischer & Bro., in New York City. This sheet music cover depicts soldiers marching with a city and battleship on the left and a bombed city on the right. Wikipedia 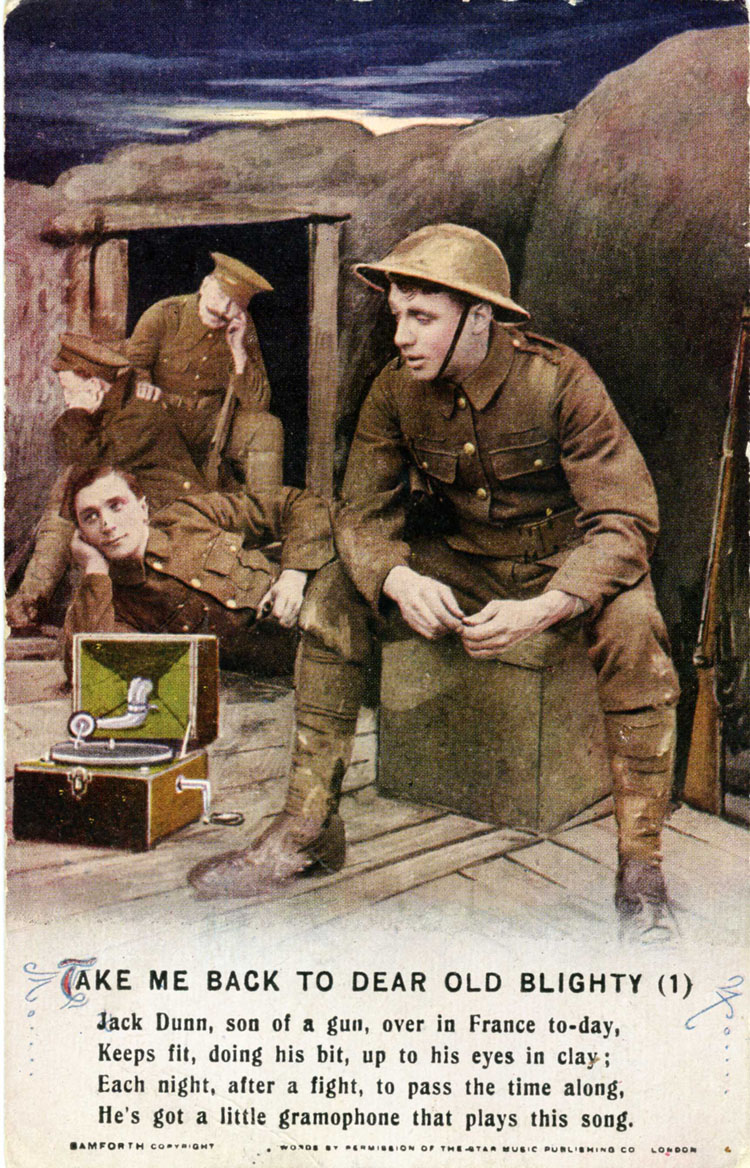 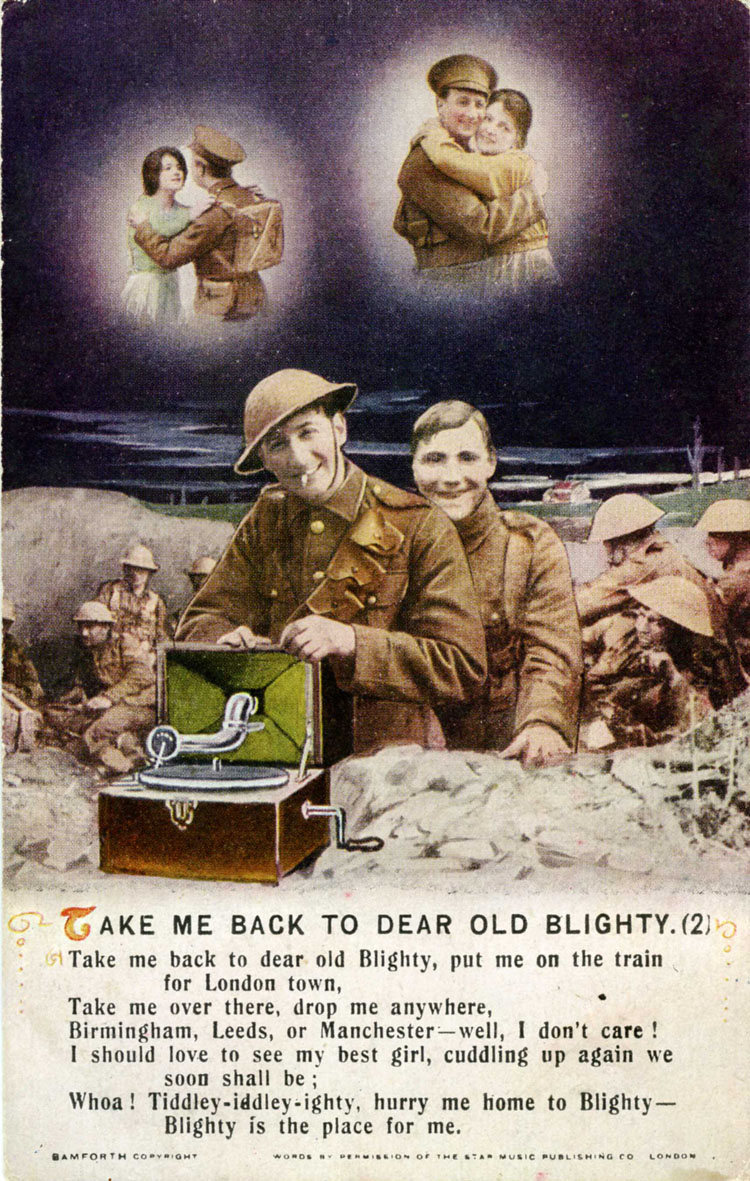 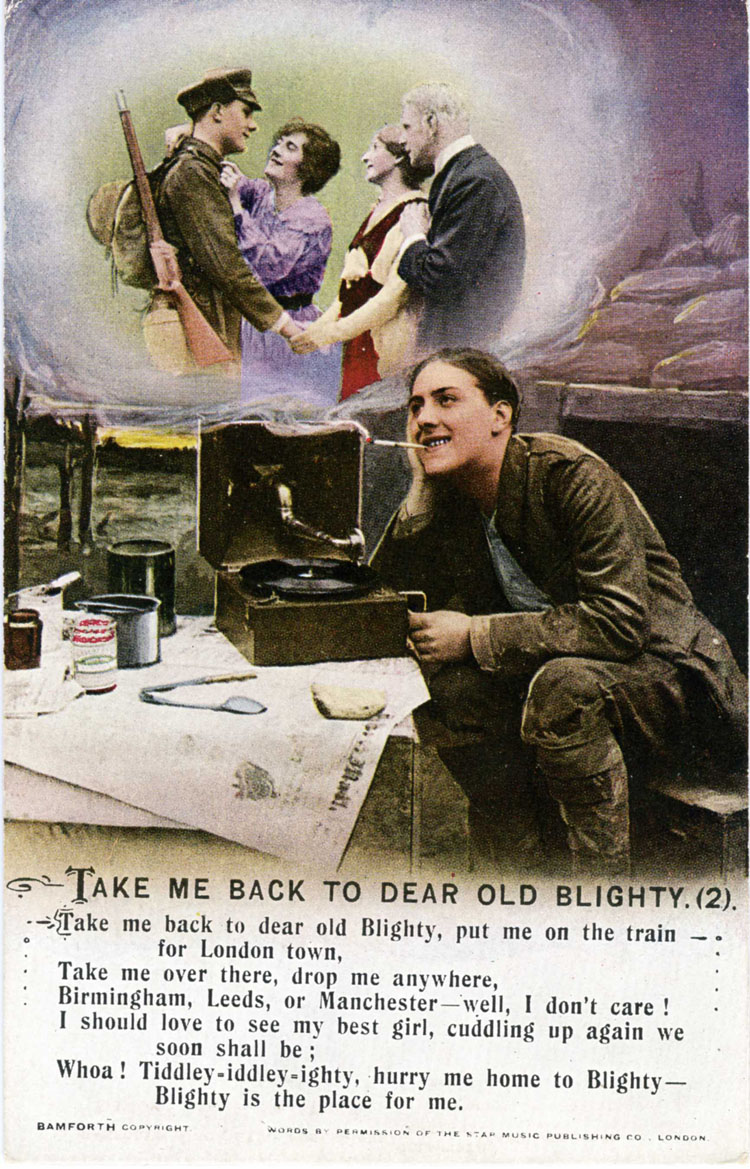 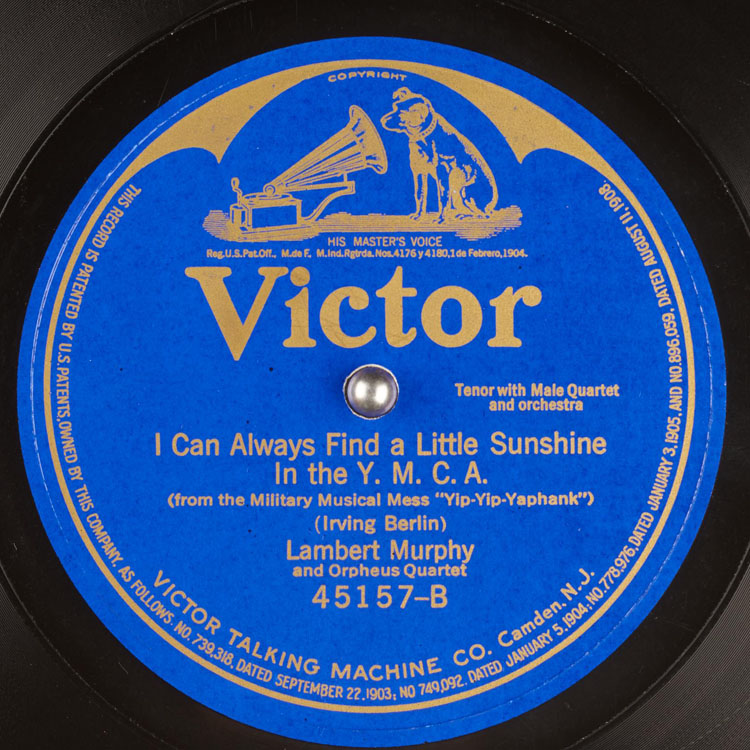 Victor Record No. 45157-B. I Can Always Find a Little Sunshine in the Y.M.C.A. by Lambert Murphy and Orpheus Quartet (Courtesy DAHR) 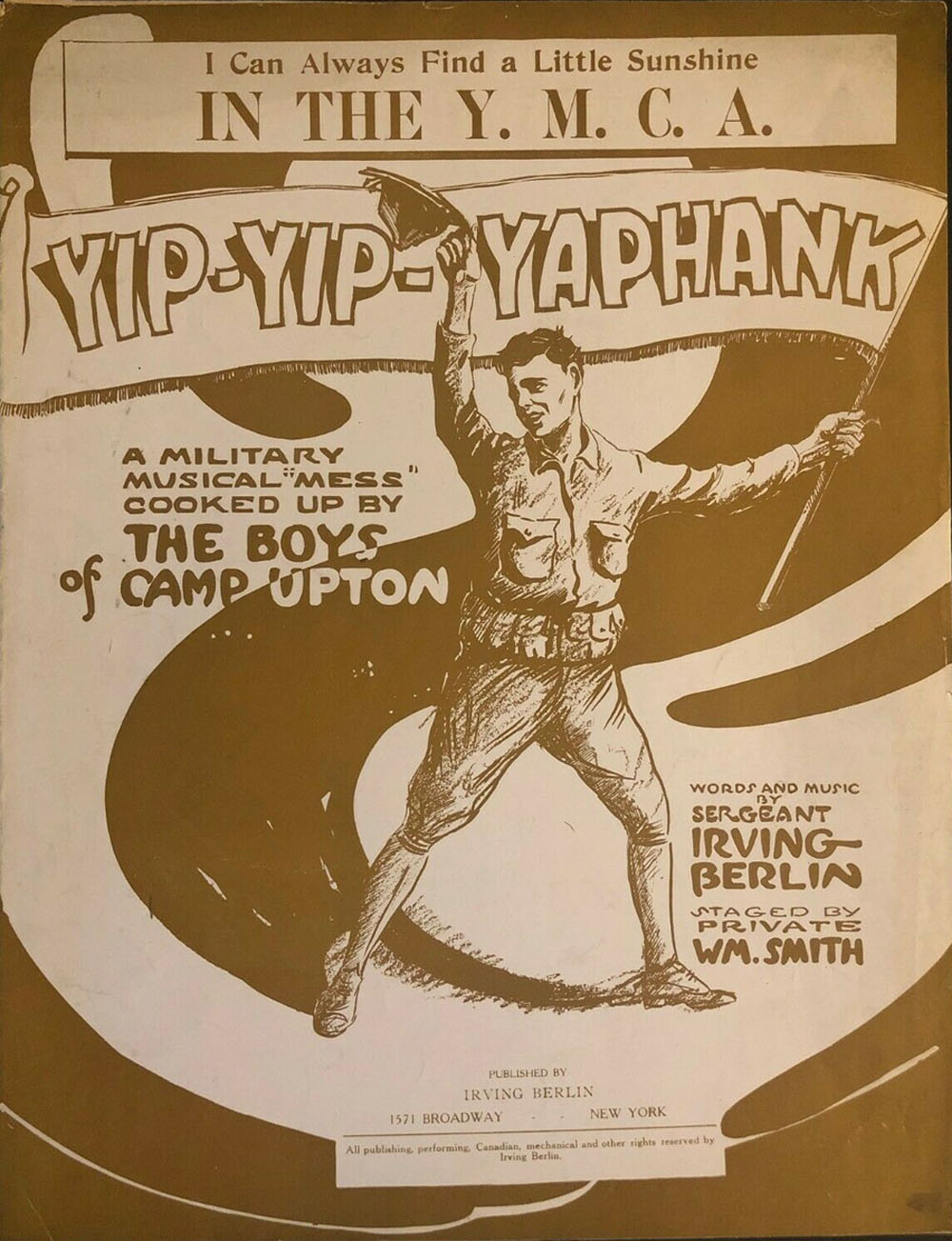 From Irving Berlin's 1918 musical revue Yip-Yip-Yaphank, a military musical "mess" cooked up by the boys of Camp Upton. (3) 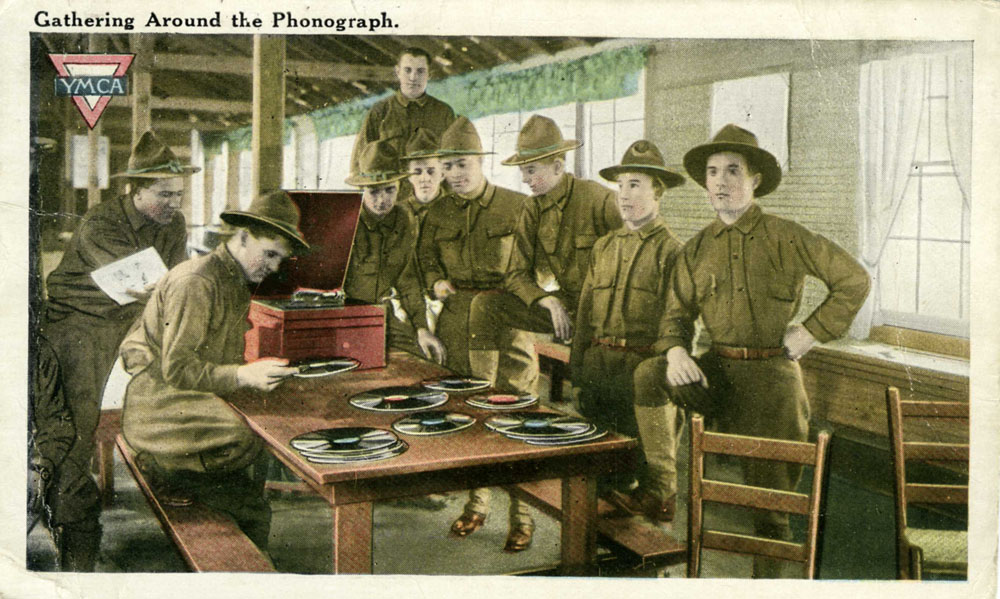 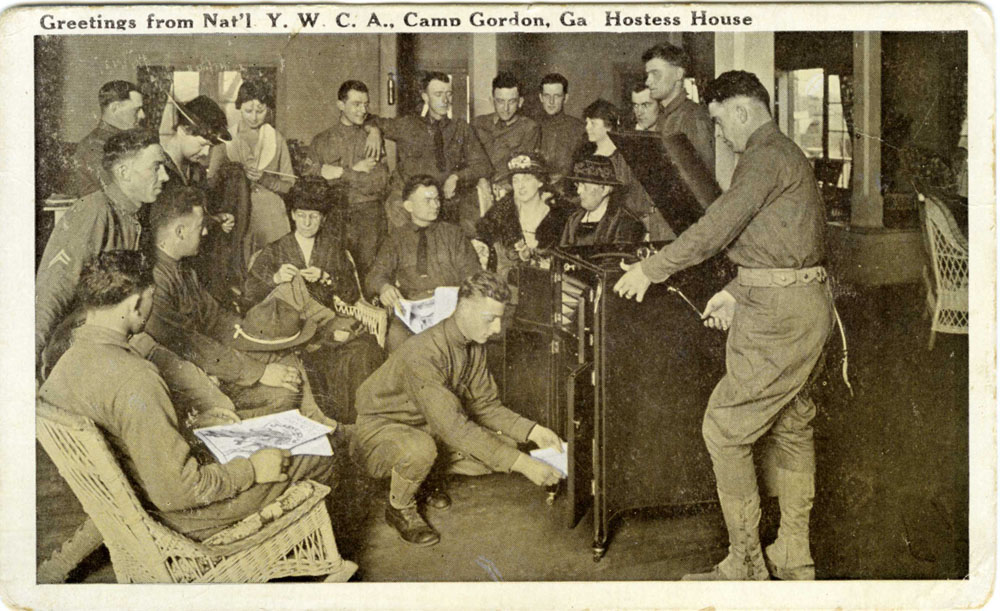 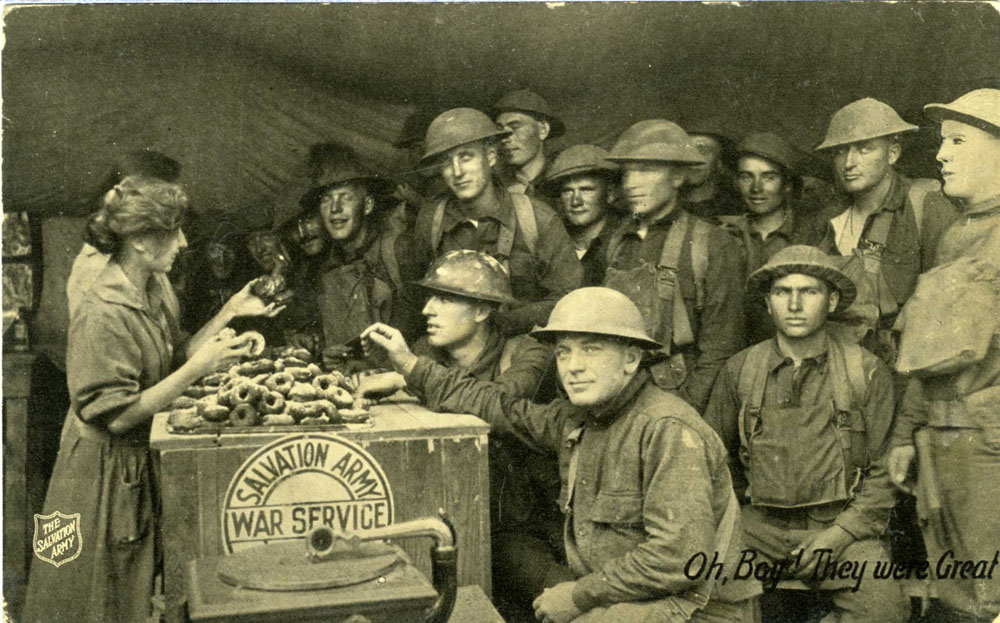 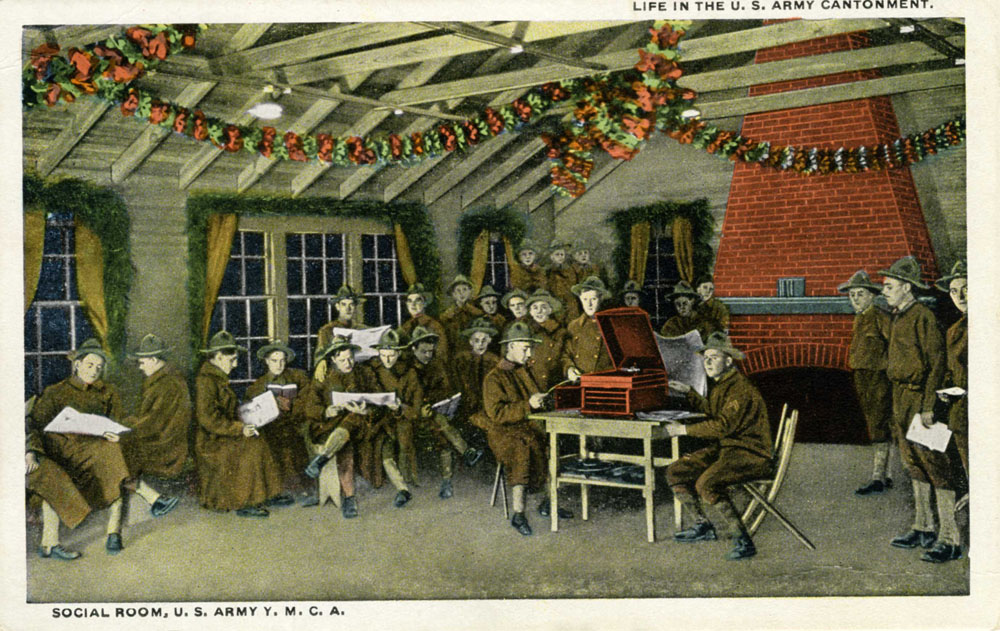 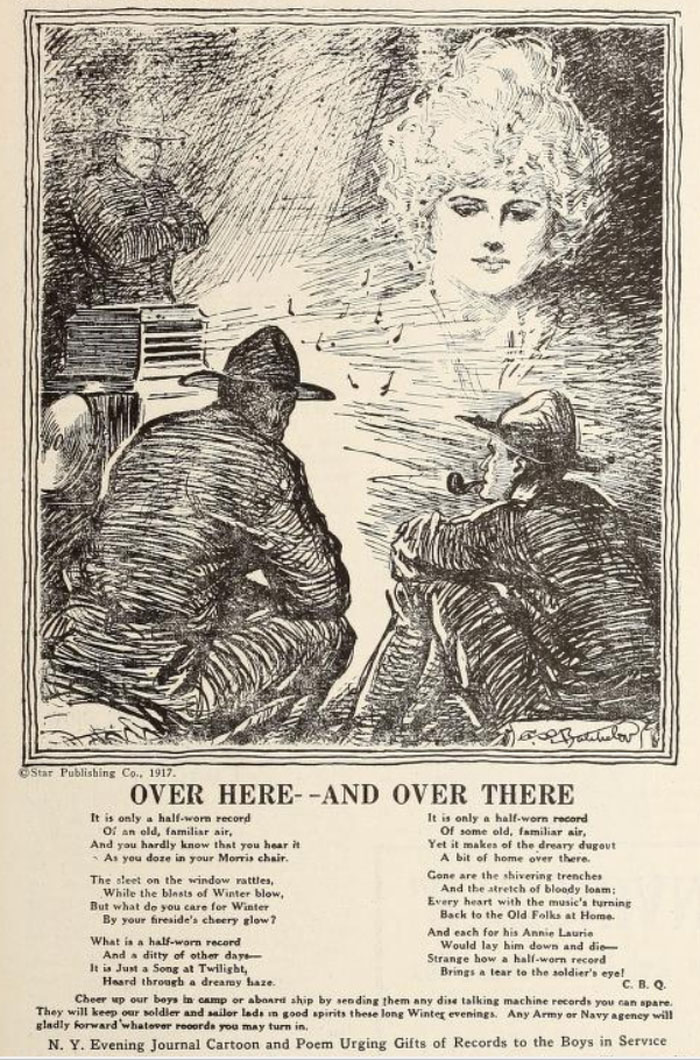 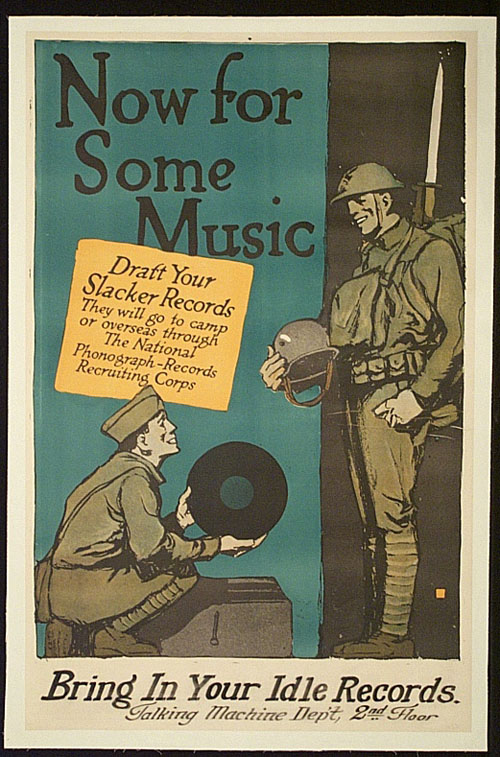 This poster was displayed in a Department store in 1918 to support World War I American troops by bringing in unused records. (2)