The Victor New Records for JANUARY 1919

A customer in January 1919 who entered a phonograph shop that sold Victor Records probably saw signage about the newest records just released such as The JANUARY Victor Records are here.

As the phonograph increased in popularity at the beginning of the twentieth century more stores began selling phonographs and records. Some of the larger phonograph dealers added listening booths and rooms. But it didn't matter if there was a special listening area in a store. Shoppers were increasingly responding to phonograph advertising which asked consumers to visit a dealer and listen for themselves.

"What would you like to hear?" might be the advertisement's invitation. "Hearing is Believing -- And you can hear today at the nearest Columbia dealer's" read Columbia's Stage of the World 1916 magazine ad.

In this Phonographia gallery you can listen to any of the new releases listed on the 14" x 36" Victor New Records January 1919 broadside (below) just as if you entered a Victor store in 1919, saw the list and made a 'hearing' request.

The respective sheet music for each of these Victor Records for January 1919 is also displayed along with some related ephemera.

Other phonograph connections can also be viewed as they were seen in the January 1919 edition of phonograph industry's trade magazine The Talking Machine World.

LISTEN to any of the New Records for January 1919

Records often closely followed the release of new sheet music from musicals and popular songs of the day. The first record on the January 1919 Victor New Records list is a good example with its "I Can Always Find Sunshine a Little Sunshine in the Y.M.C.A." from Irving Berlin's 1918 musical review "Yip-Yip-Yaphank." 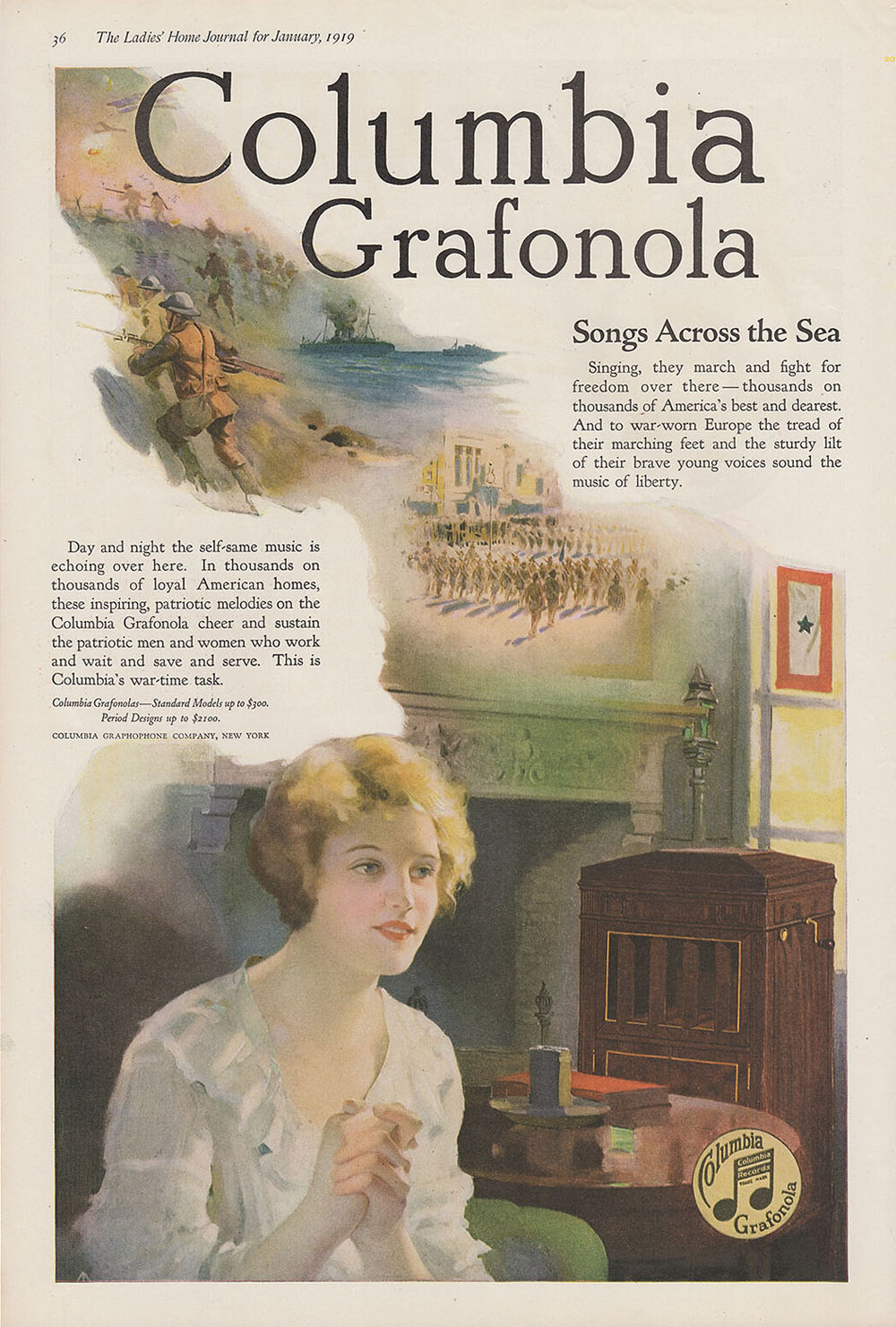 January 1919 "Songs Across the Sea," The Ladies' Home Journal 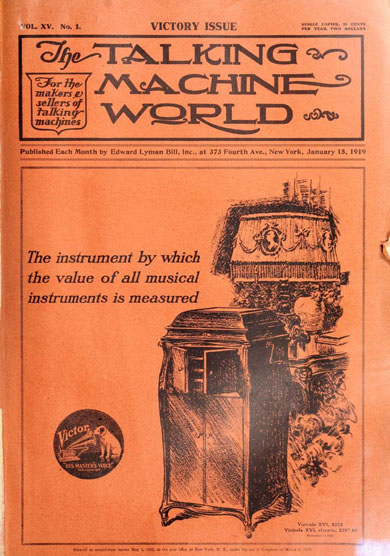 Phonograph ads and services in the January 1919 TMW 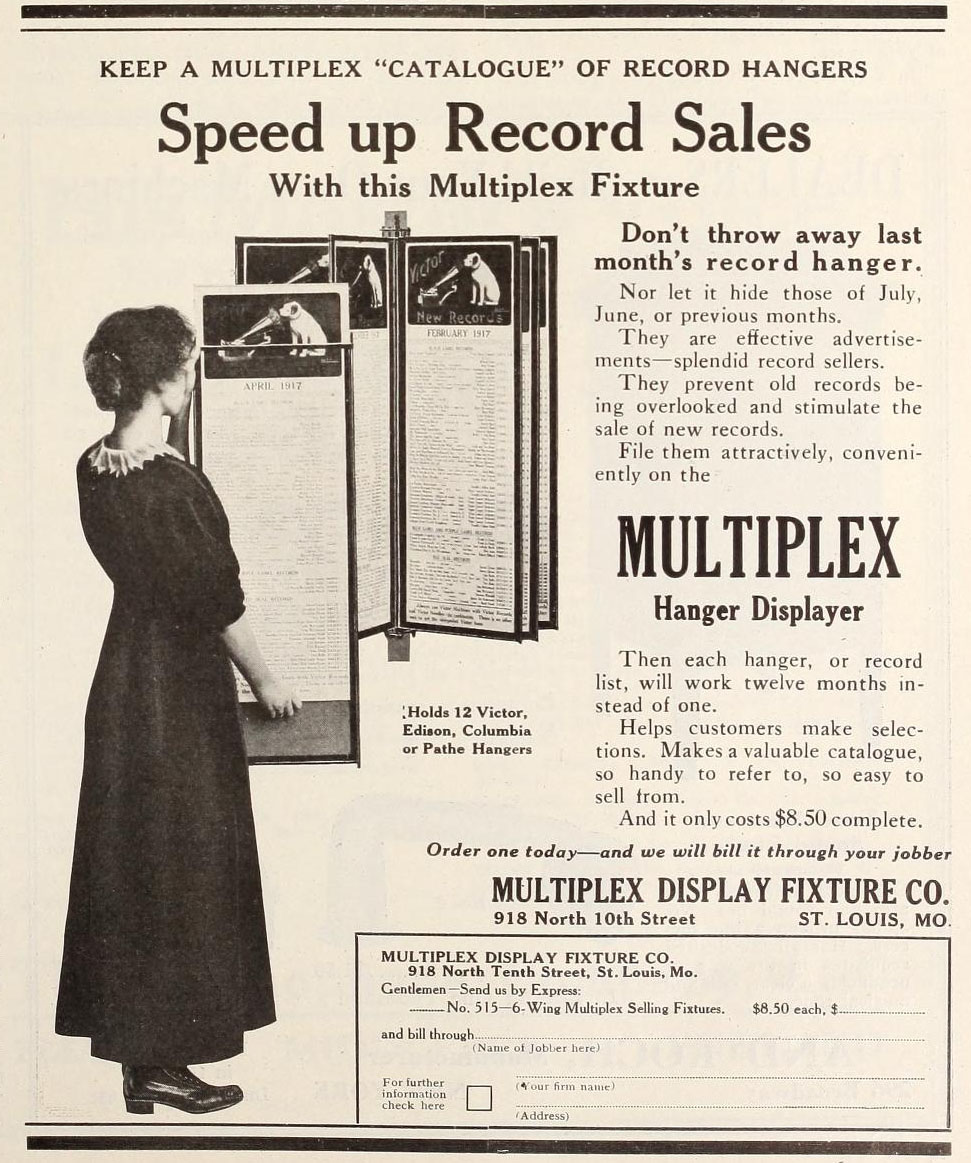