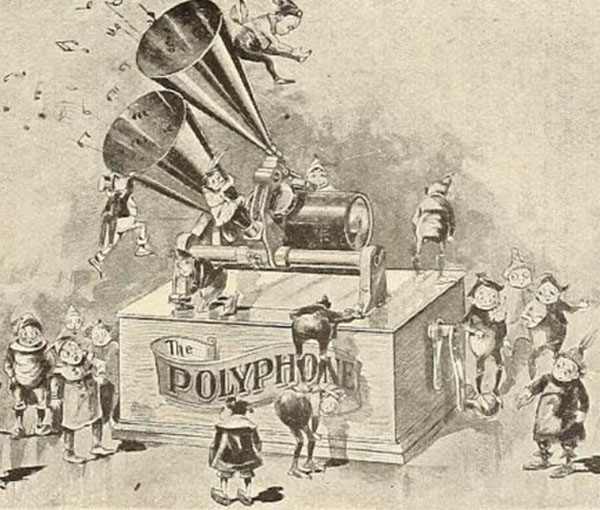 The Brownies and the Phonograph

The Brownies were drawings seen in "a series of publications by Canadian illustrator and author Palmer Cox, based on names and elements from English traditional mythology and Scottish stories told to Cox by his grandmother. Illustrations with verse aimed at children, The Brownies was published in magazines and books during the late 19th century and early 20th century. The Brownie characters became famous in their day, and, at the peak of their popularity, were a pioneering name brand within merchandising." (Wikipedia)

Cox, Palmer. The Brownies: Their Book. The Century Company, 1887, Frontispiece. 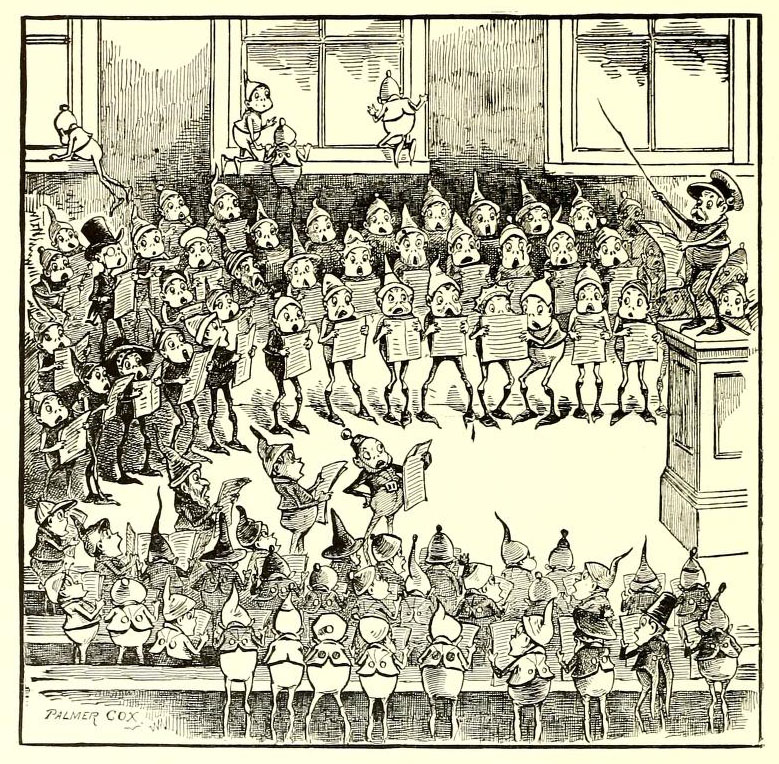 The Brownie characters were used to merchandise many products, most famously Kodak's "Brownie Camera," and although Palmer Cox is one of the first illustrators to license his work for brand names it was a copyright and artistic transition period in marketing and Cox was not always compensated for the commercial use of his work. Reportedly Kodak was one of those products for which "Palmer Cox never received any money for the commercial use of his work." Cox registered his drawings, but not the Brownie name, so this may have also given some companies the idea that they could use "The Brownies" name and then draw their own Brownie-like characters.

In the phonograph industry "Brownie" characters were used to advertise the Graphophone by the Chicago Talking Machine Co. in 1896 and The Polyphone phonographs and Polyphone attachments in 1898 and 1899. Leon Douglass was Manager of the Chicago Talking Machine Co.until April 1887 when it was sold to the Columbia Phonograph Co. Douglass then invented the Polyphone so he was involved in the two phonograph companies that I know of that used The Brownies. They were each relatively short-lived ad campaigns and I can't confirm if the Brownies were artistically appropriated or authorized by Palmer Cox.

The following are examples of the Brownies 'helping' to sell talking machines and Polyphones. 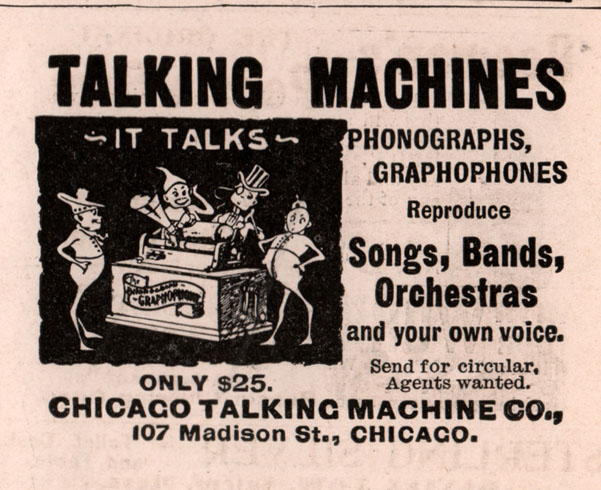 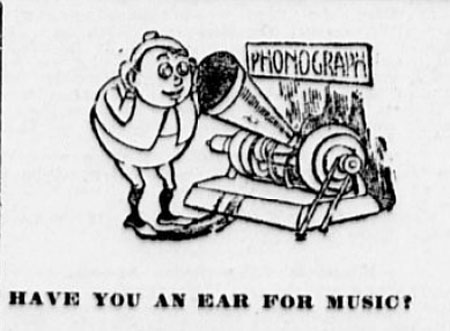 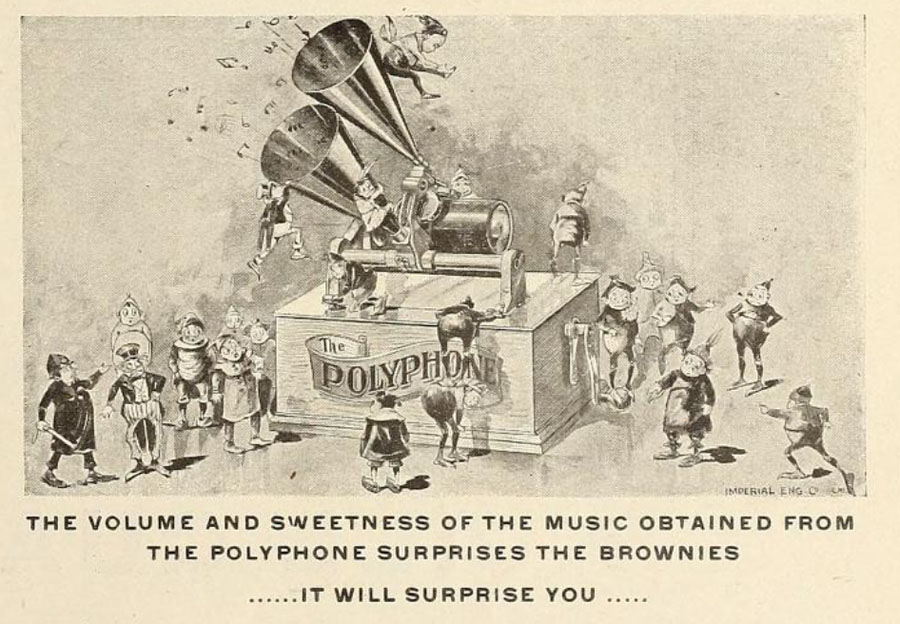 The Brownies are surprised by the Polyphone, The Polyphone Company, Chicago, Illinois, The Phonoscope, September 1898 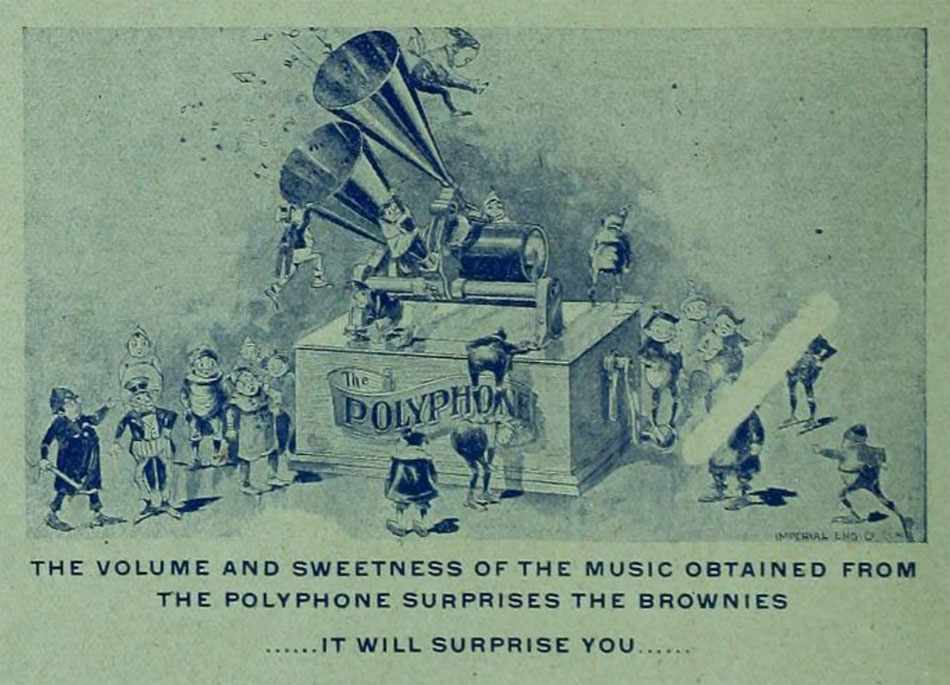 The Brownies are surprised by the Polyphone, The Polyphone Company, Chicago, Illinois, The Phonoscope, November 1898 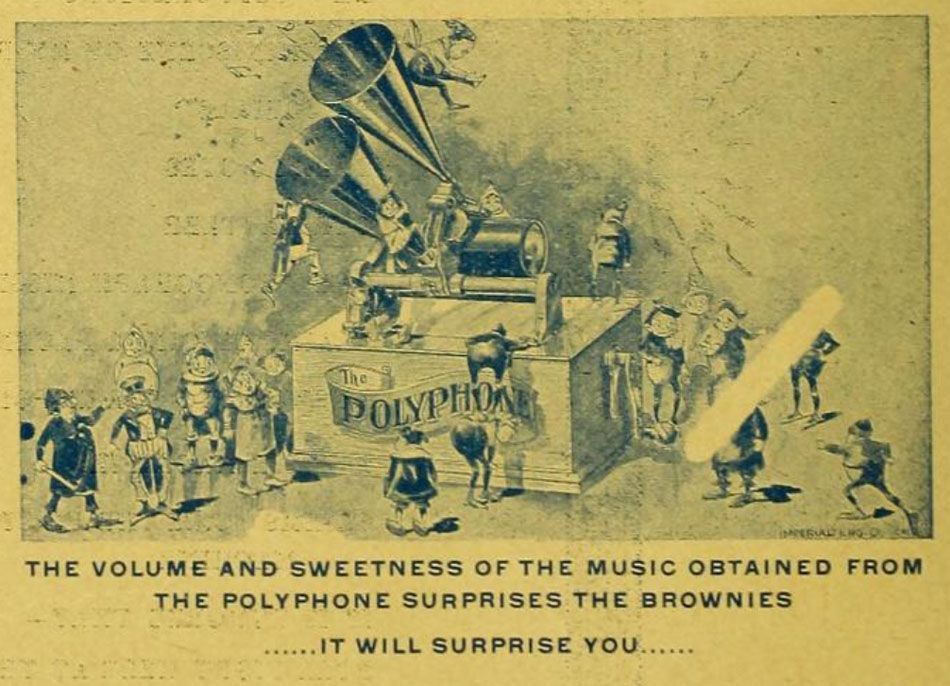 The Brownies are surprised by the Polyphone, The Polyphone Company, Chicago, Illinois, The Phonoscope, December 1898 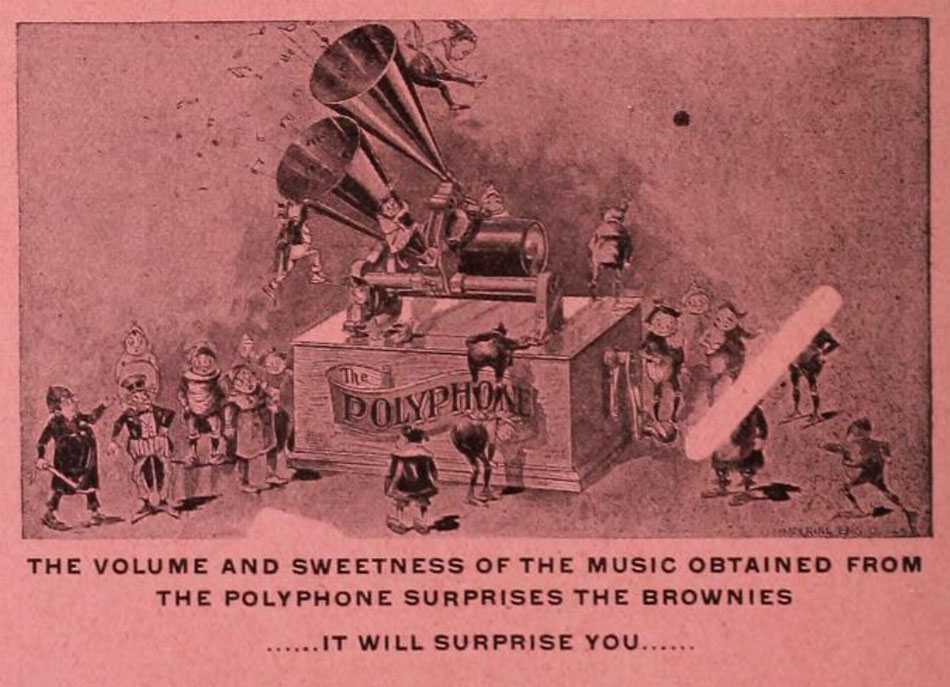 The Brownies are surprised by the Polyphone, The Polyphone Company, Chicago, Illinois, The Phonoscope, January 1899 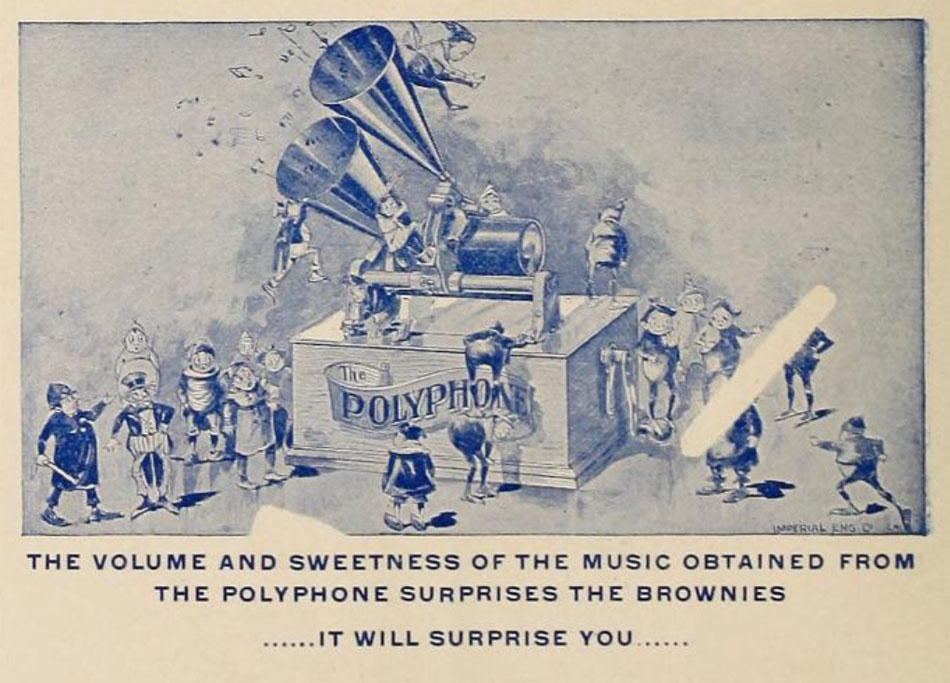 The Brownies are surprised by the Polyphone, The Polyphone Company, Chicago, Illinois, The Phonoscope, February 1899 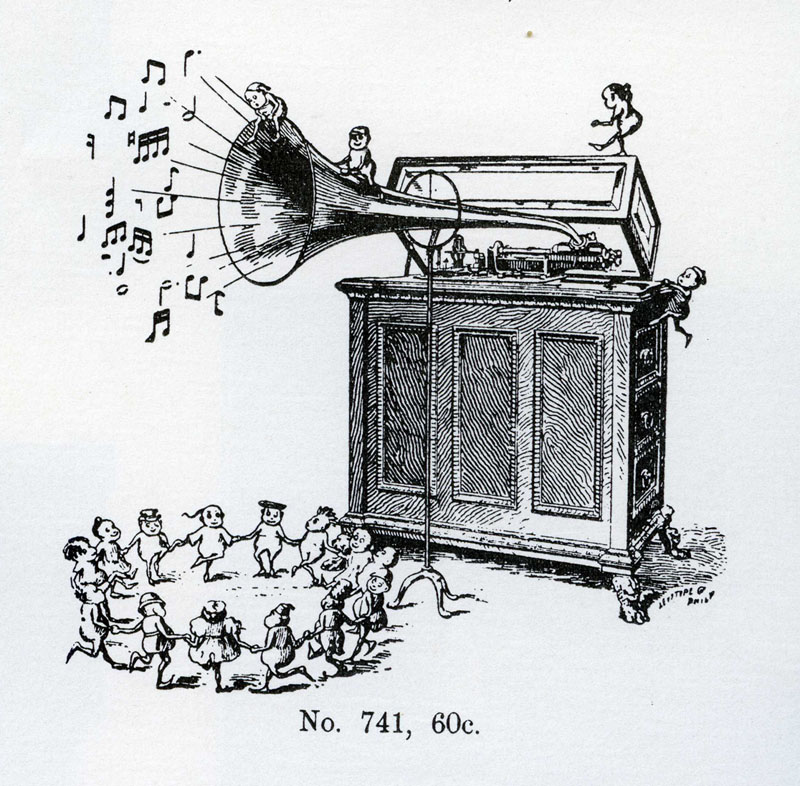 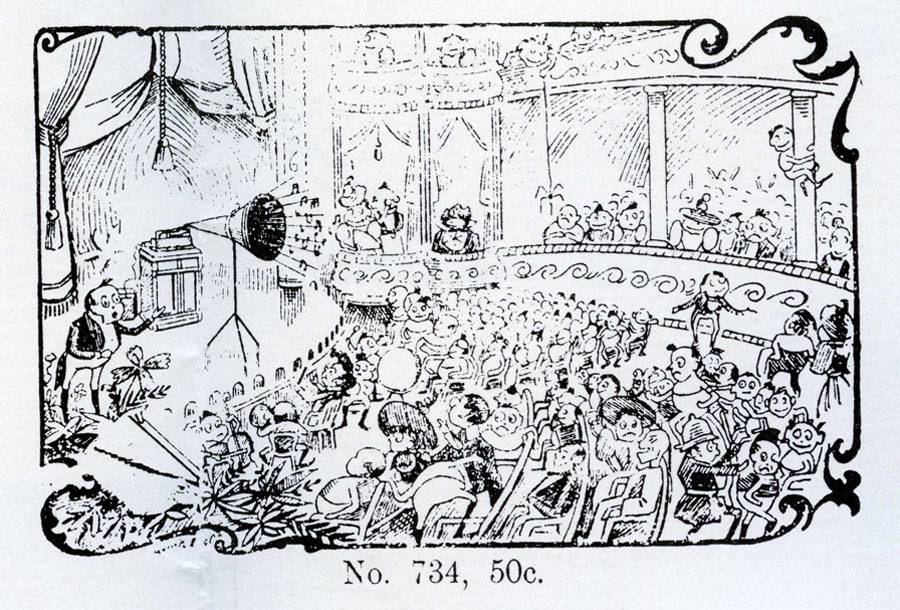 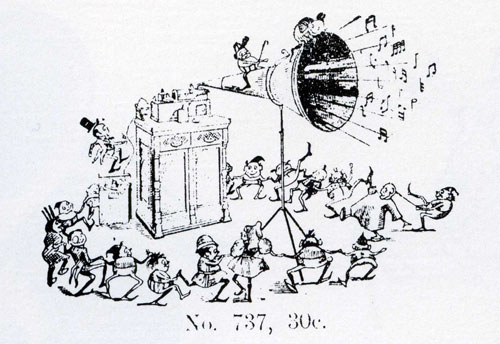 The Brownies and Other Products

The following are other examples of various product's tradecards and lithographs using Brownie or Brownie-like characters, with most lacking Palmer Cox signatures on the illustrations or any indication that they are Cox approved-for-use characters. 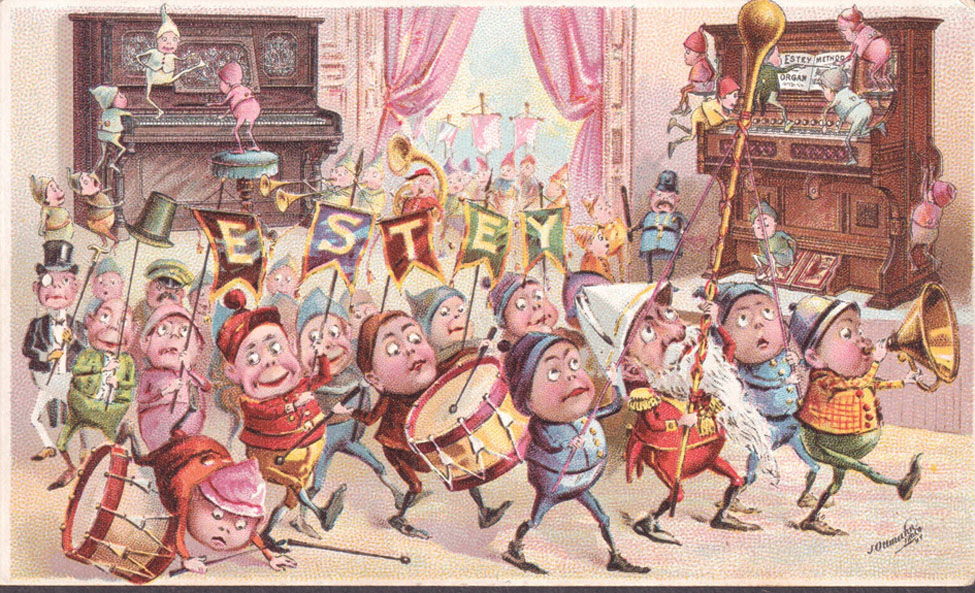 Estey was the largest producer of organs in the world in the 19th Century. In the late 19th Century, the Estey Organ Company purchased the Simpson & Proddow Piano Company of New York City, changing it to the now famous Estey Piano & Organ Company. Tradecard was printed by J. Ottmann Lithographing Co., N.Y. (J. Ottmann was the printing company for Puck magazine). 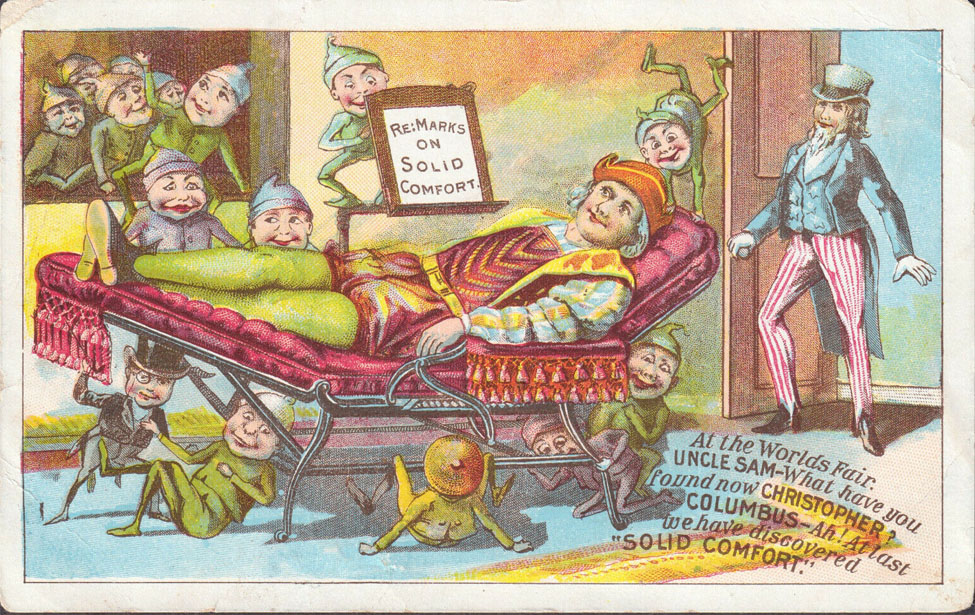 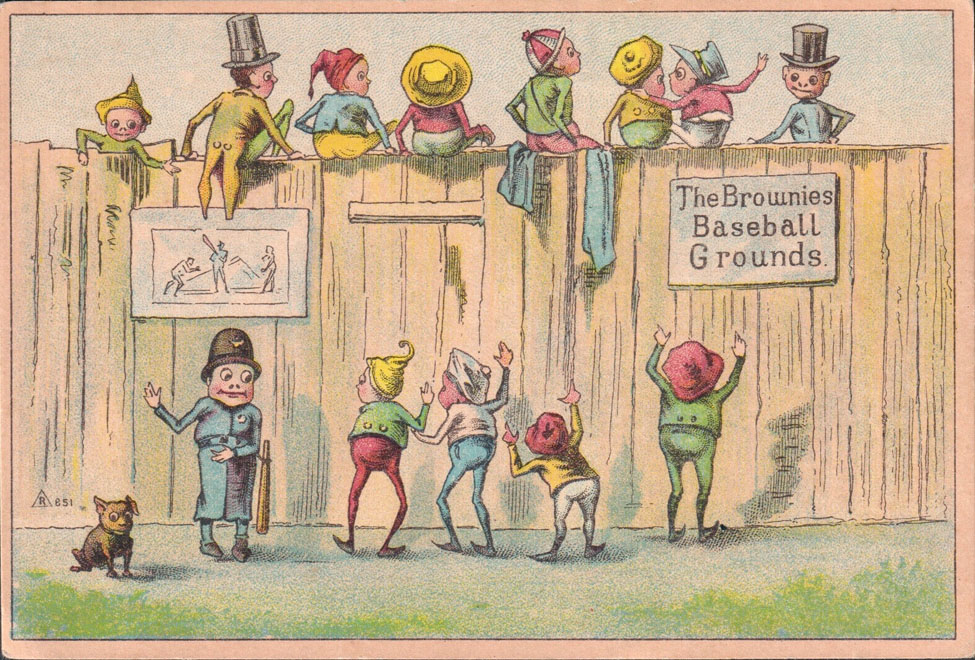 The Brownies at the Baseball Grounds Tradecard advertising Webber's ANODYNE, "The Great Family Medicine for Internal and External Use" circa 1890's. "Ball Players will find this a superior liniment." 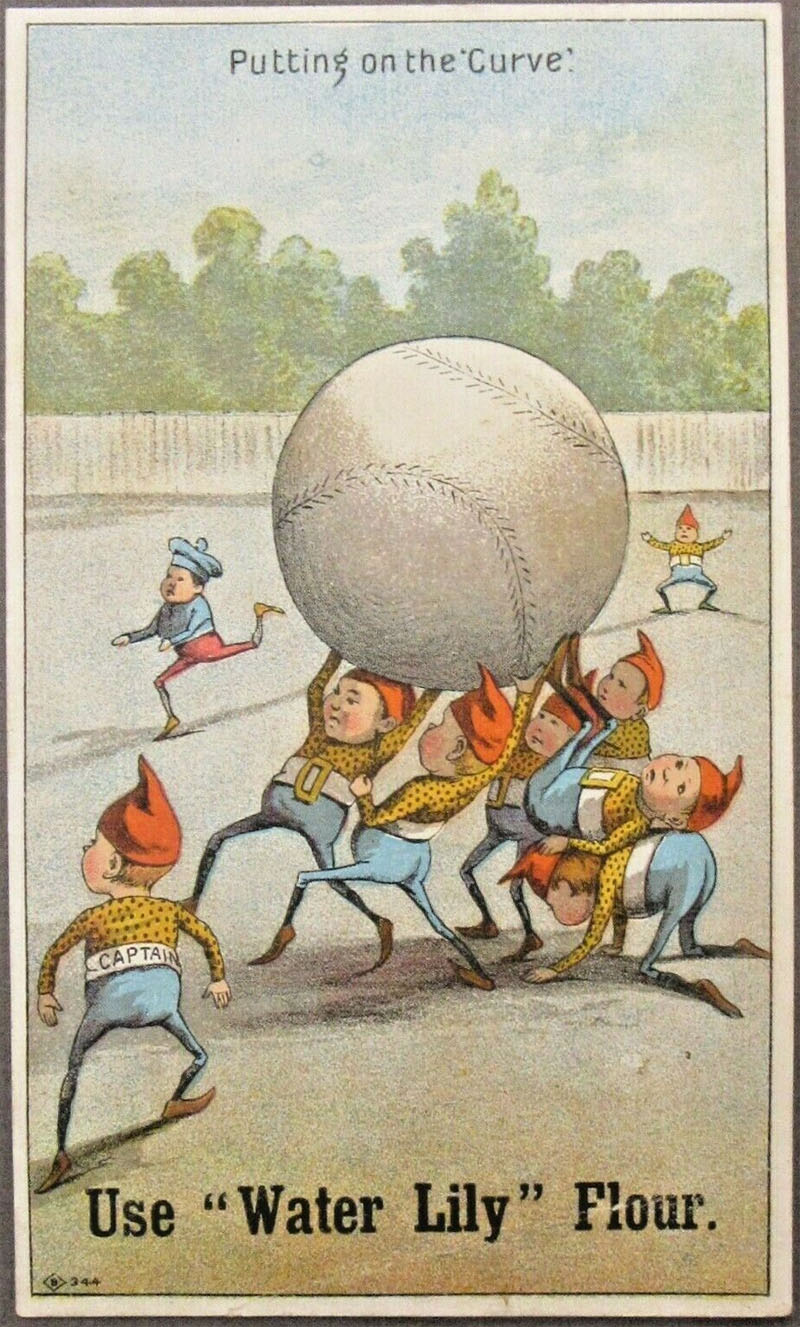 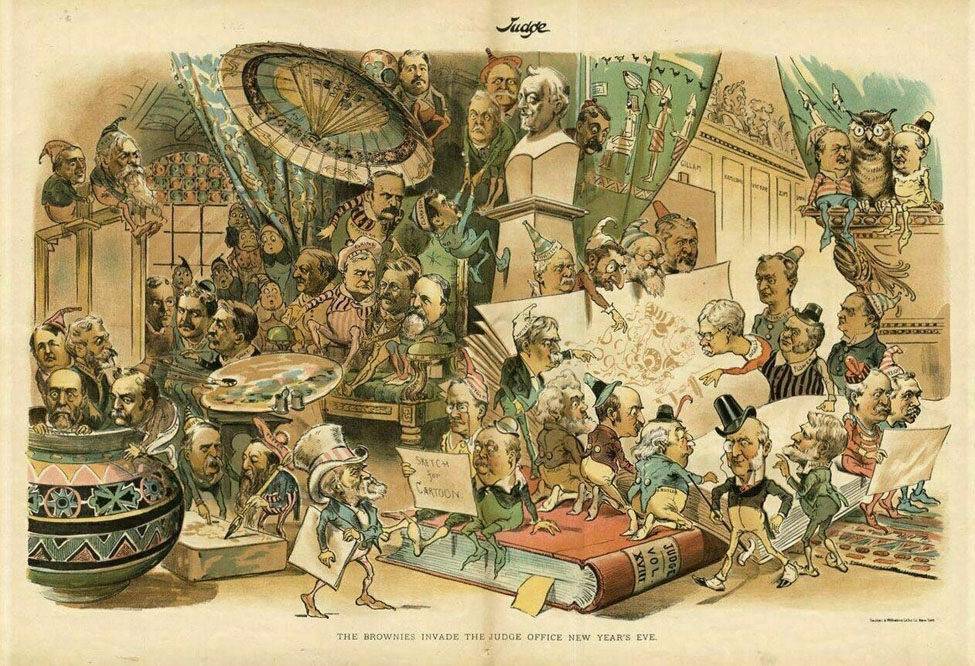 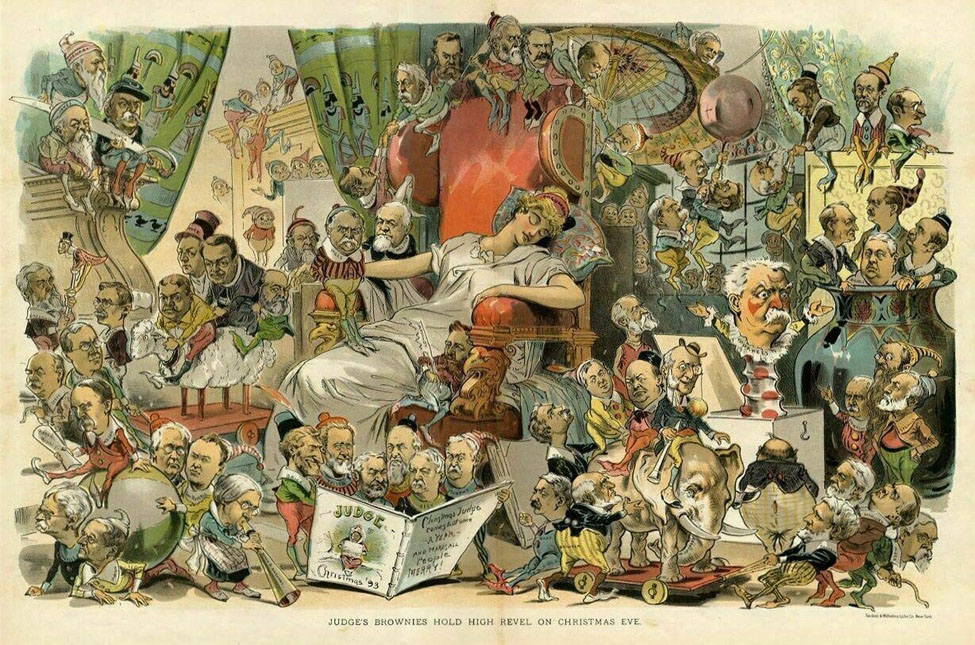 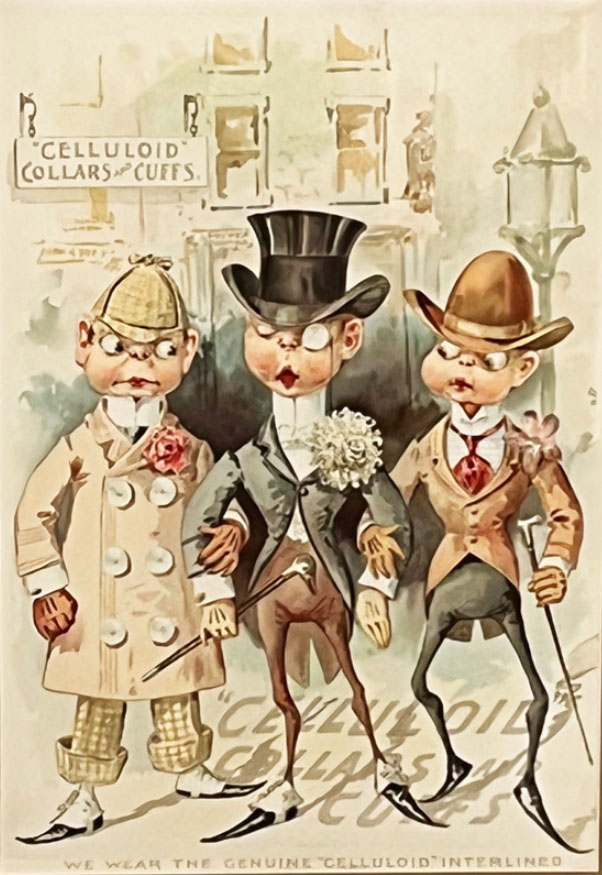 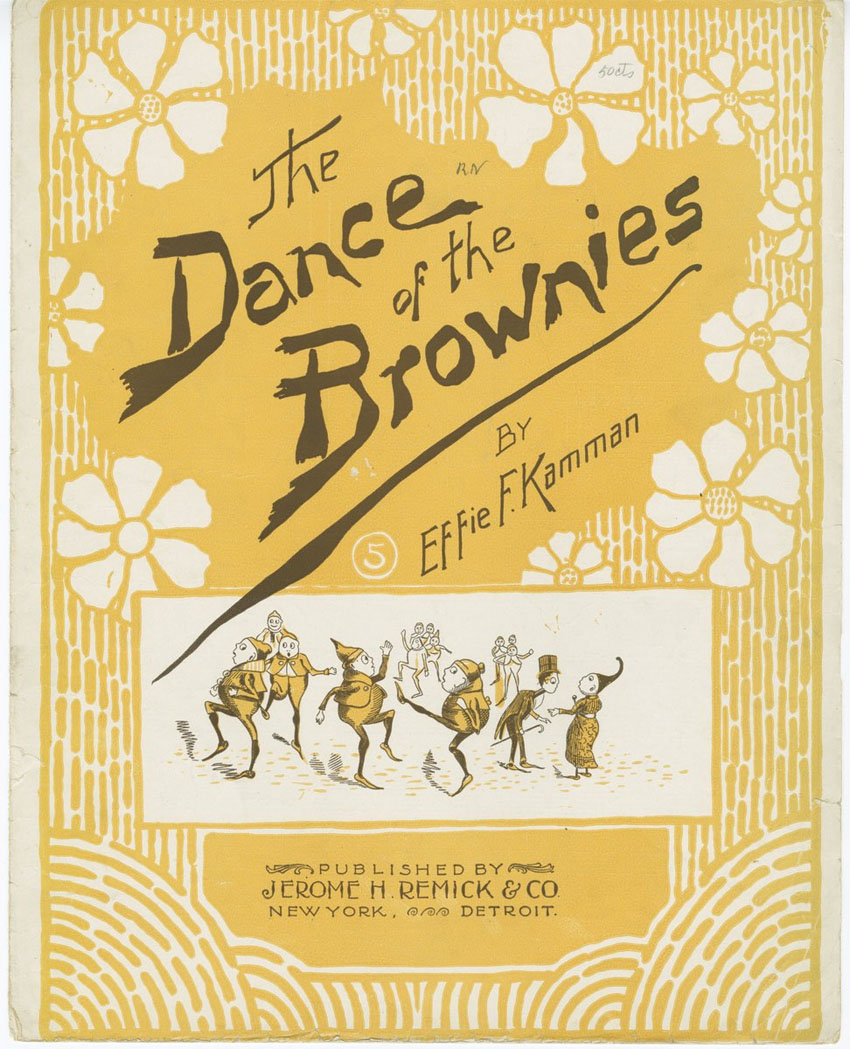 The Dance of the Brownies by Effie F. Kamman, 1895 sheet music cover. 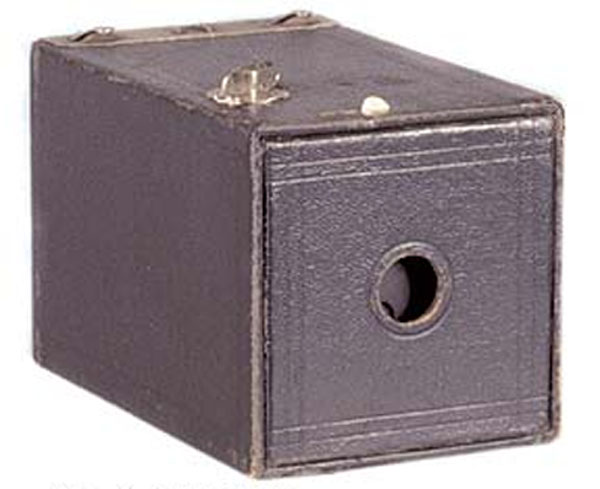 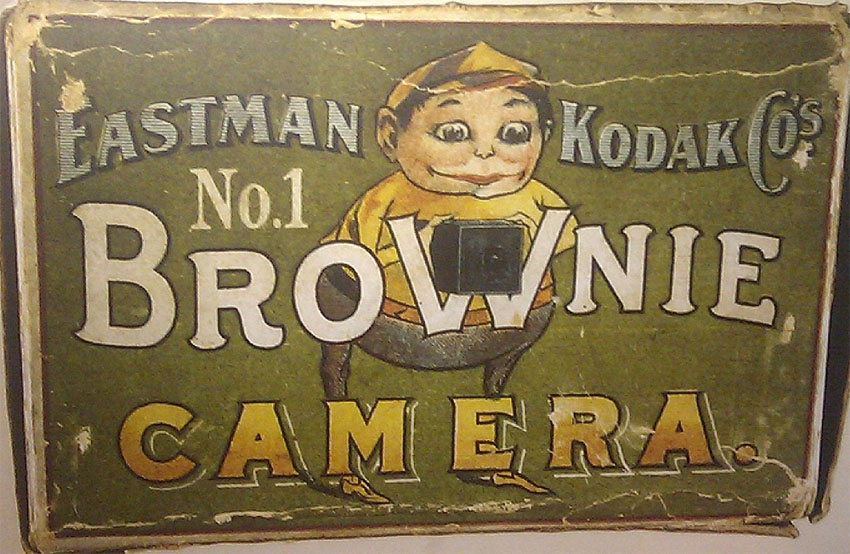 On the back of this Brownie novelty was printed: "The New York Biscuit Co's Brownies - The Latest Novelty in Biscuits." A Full Set of 16 of these celebrated PALMER COX'S BROWNIES can be obtained by sending in your two cent stamps with your name and address... Copyright, 1894, Gast, N.Y." 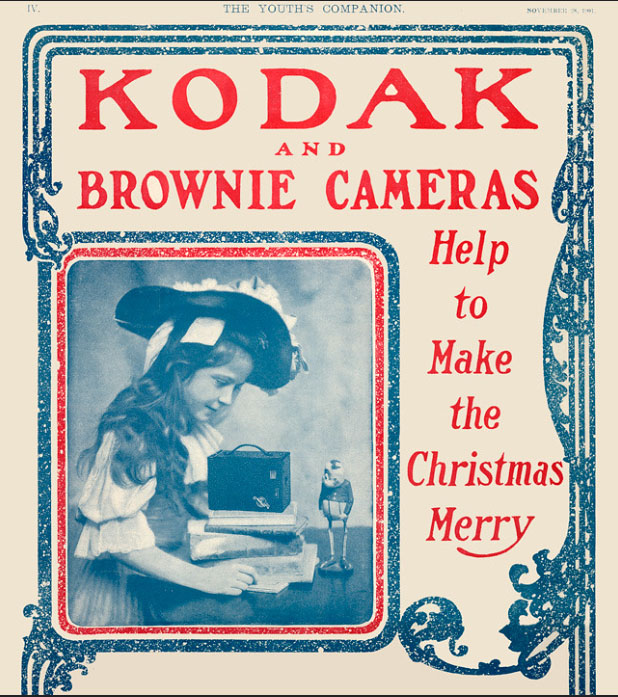 Kodak No. 2 Brownie with schoolgirl taking a picture of a Brownie figure, The Youth Companion, November 1901 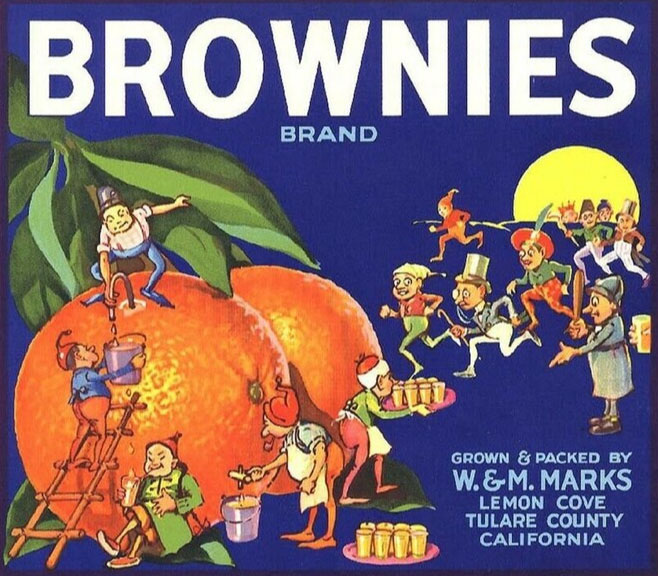 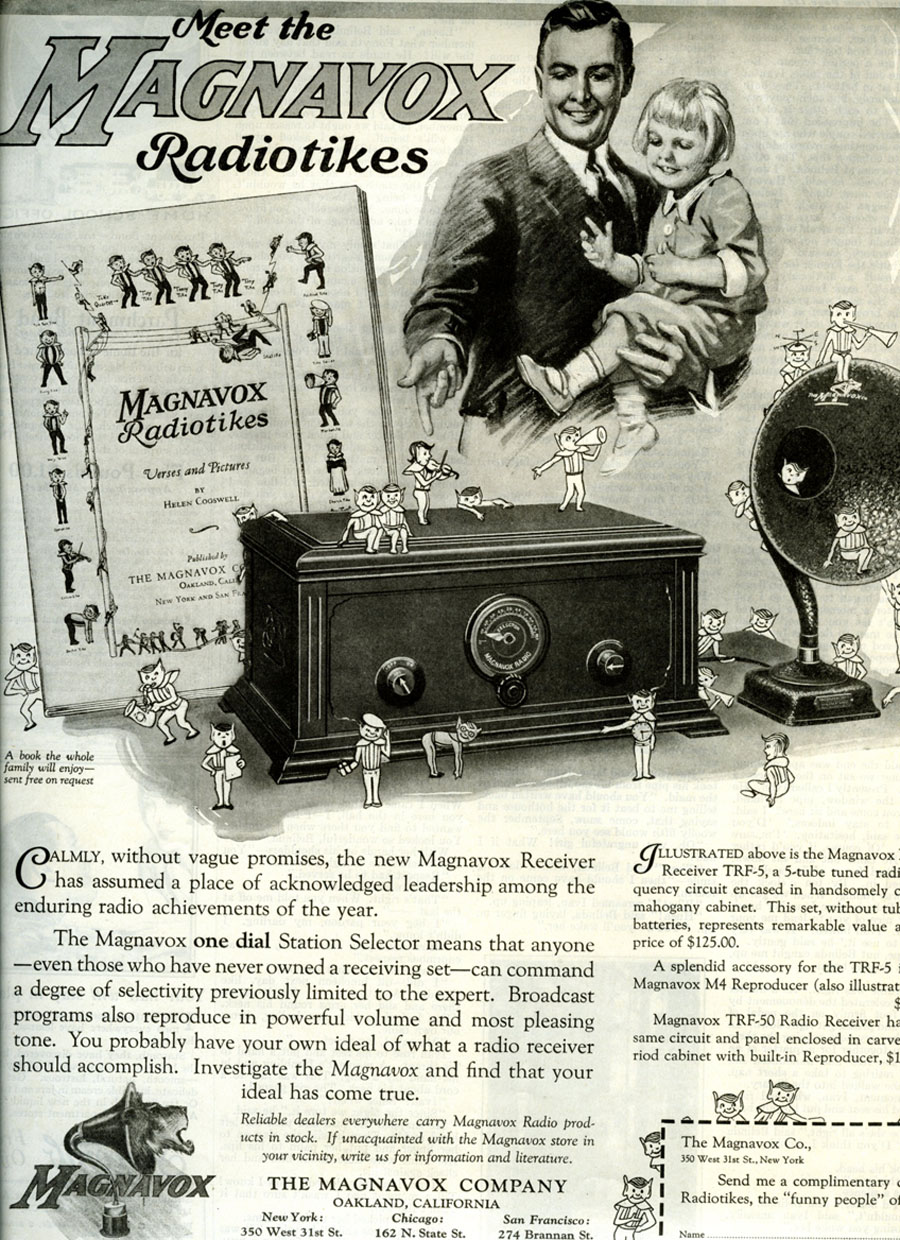 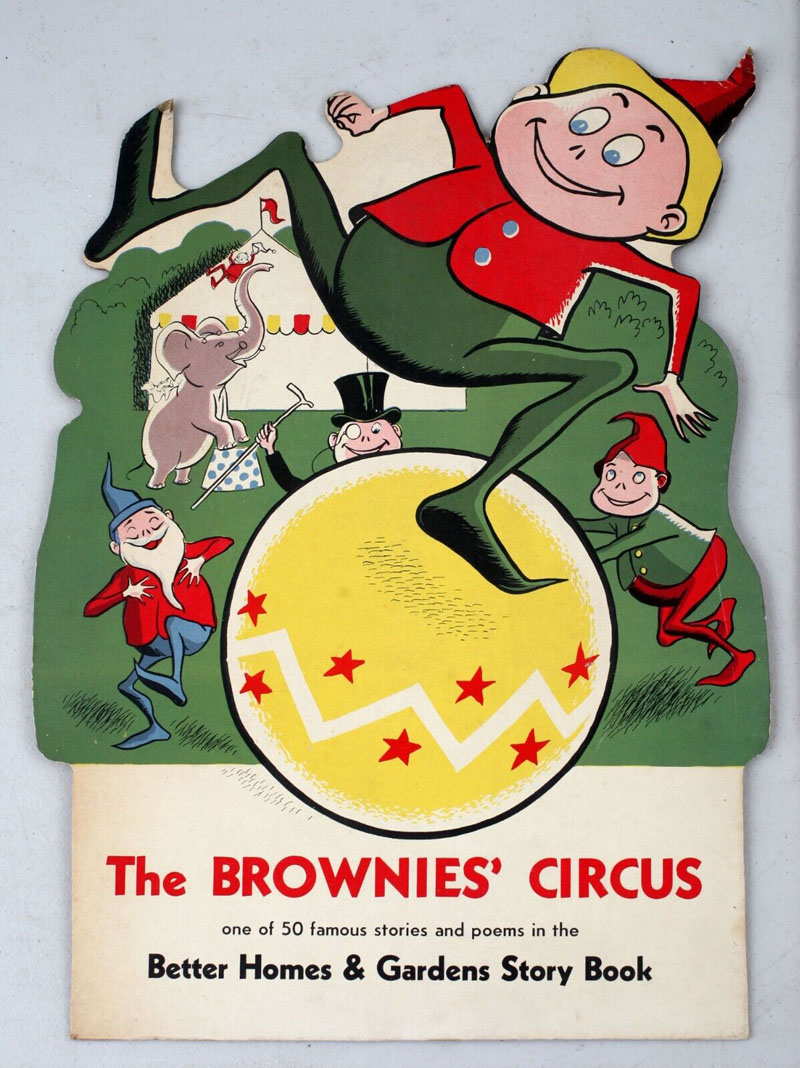