Music On the Record

One of the phonograph's advertising images used to depict the relationship between artists and recorded sound was to have the artists performing on records as if the performance was literally taking place on the surface of a record.

This artistic representation was in the phonograph industry's advertising tradition of artists coming out of phonograph horns, performers coming out of the internal horns and doors of cabinet model machines or floating above the machine as the actual artist or spirit of music.

The following are a few examples of music and performers "On the Record." 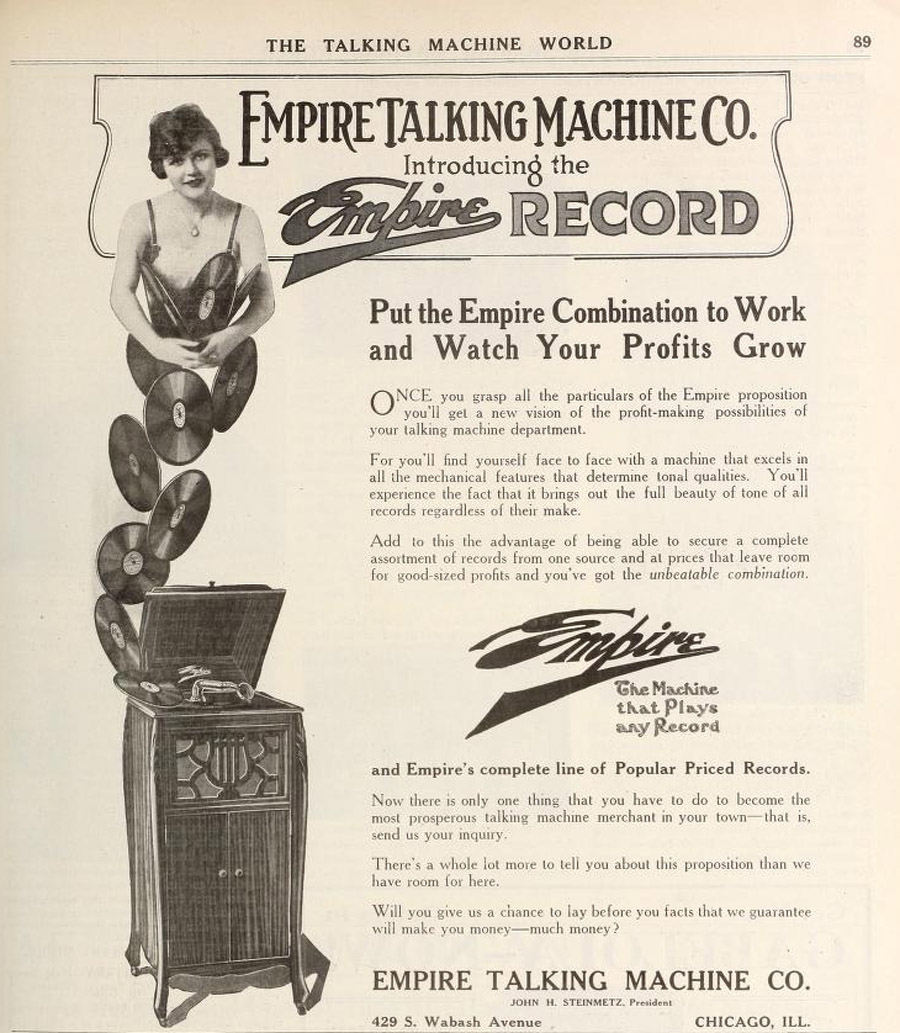 This ad features an artist coming out of a machine in the tradition of the artists coming out of the phonograph. The difference with this one, however, is that the artist is more closely connected with the recording than the machine; the lower part of the artist's body is literally records.

This example again visualizes the relationship between the record and the musicians with performers emerging from the record rather than the phonograph itself. 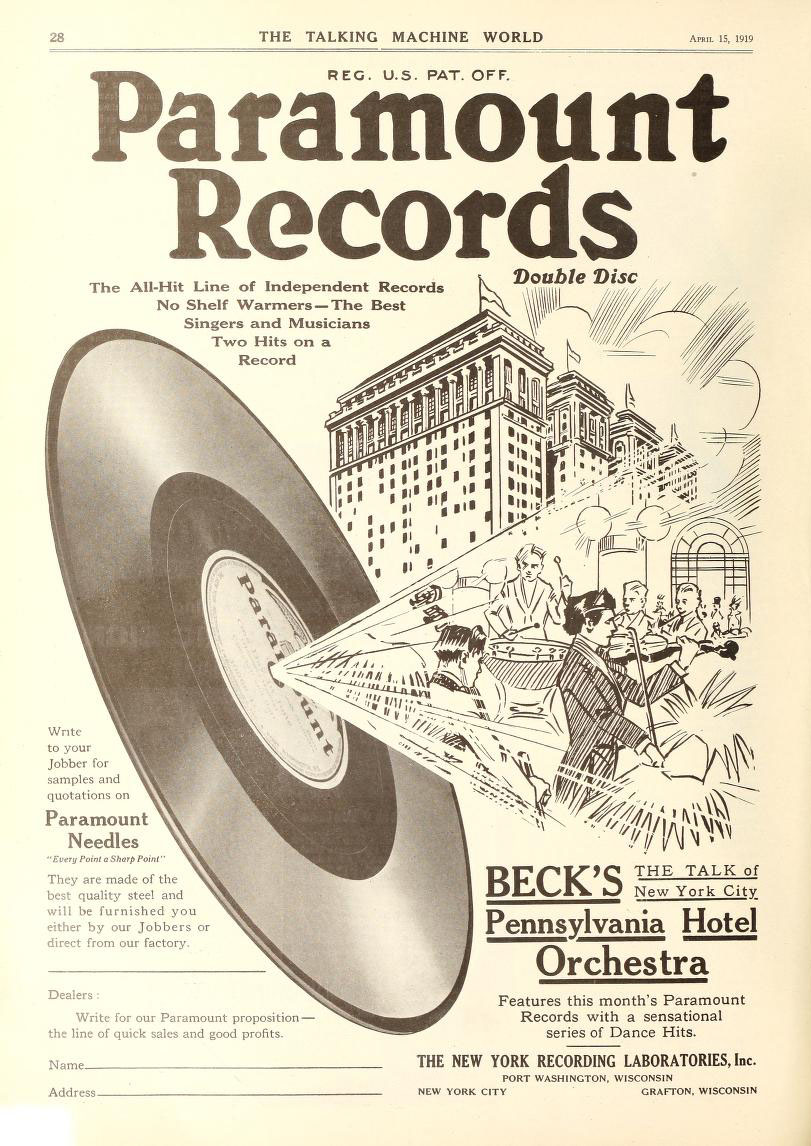 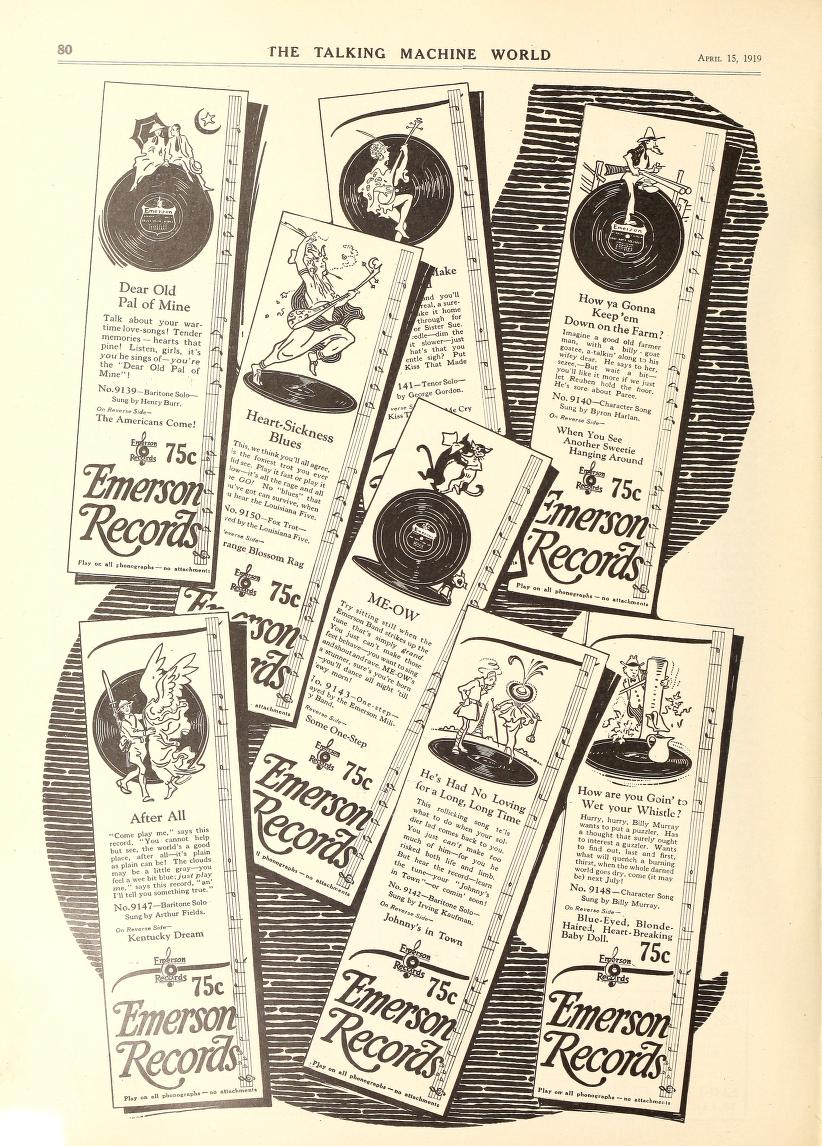 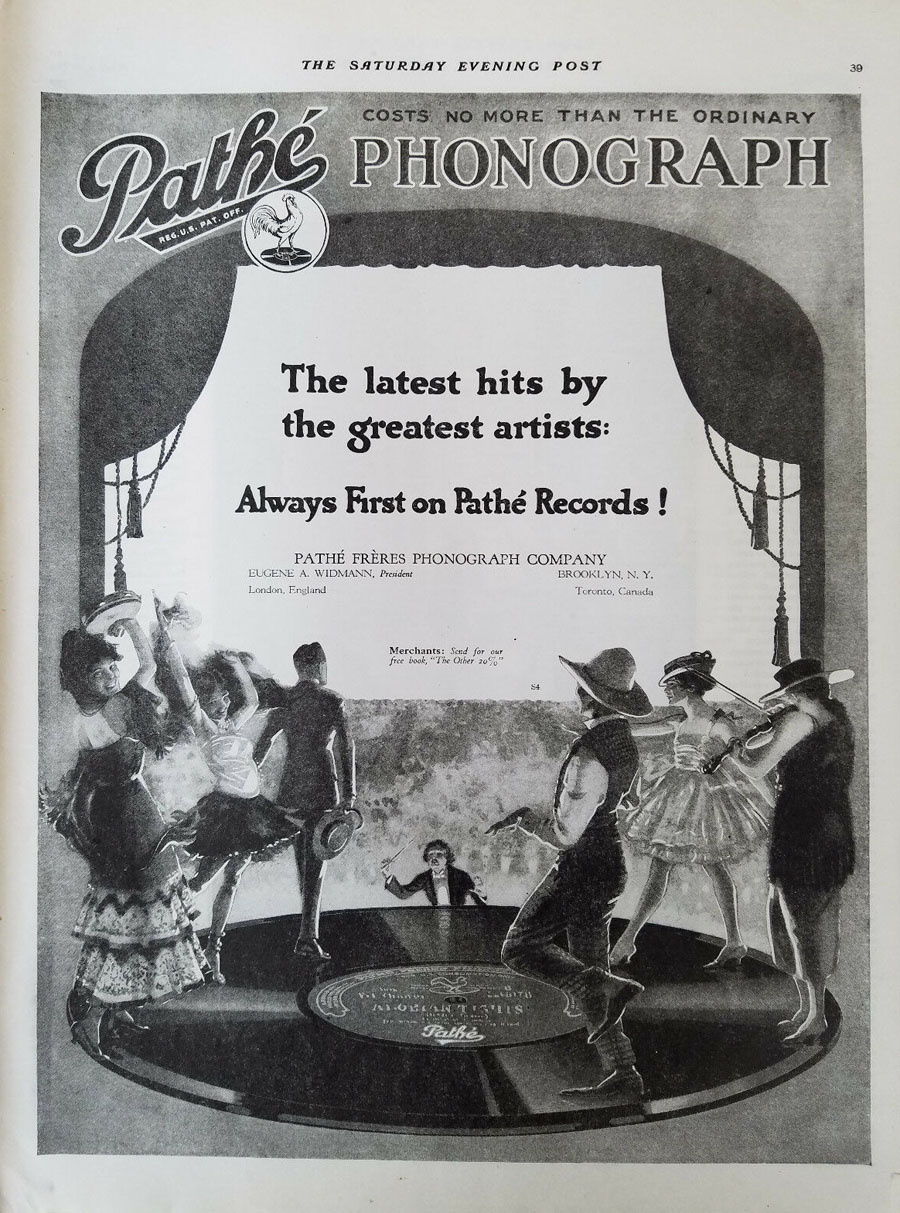 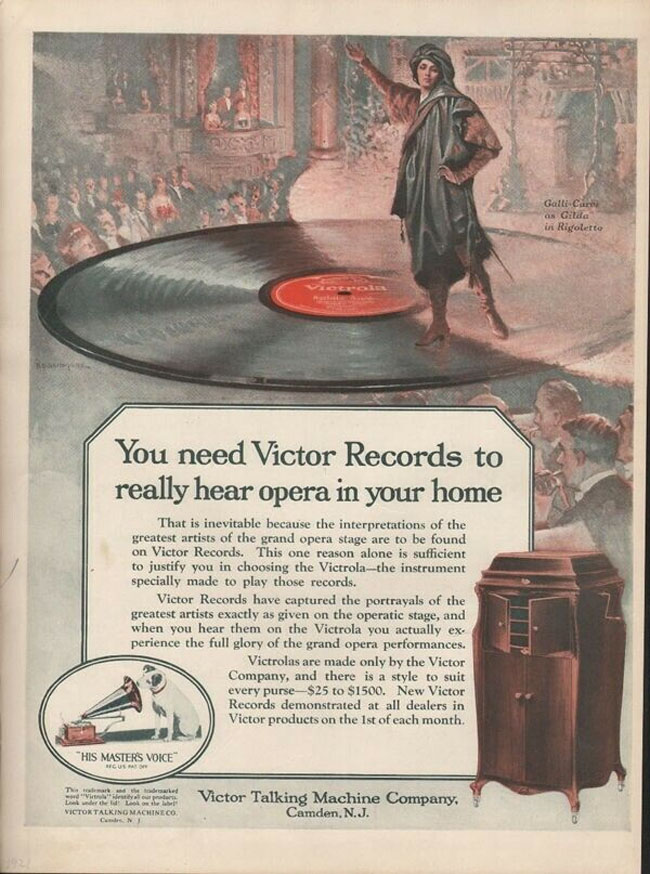 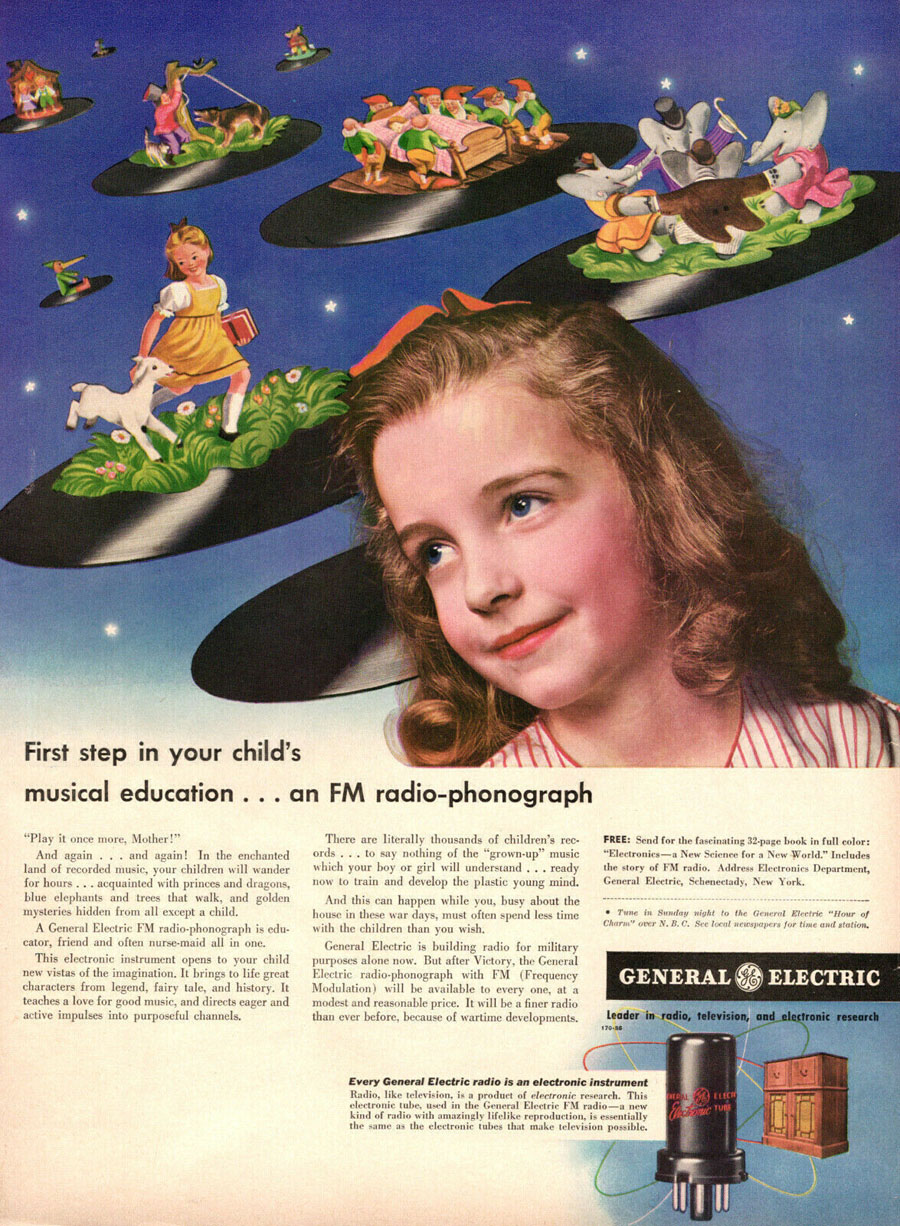 The enchanted land of recorded music delivers to "your child new vistas of the imagination." General Electric, 1943 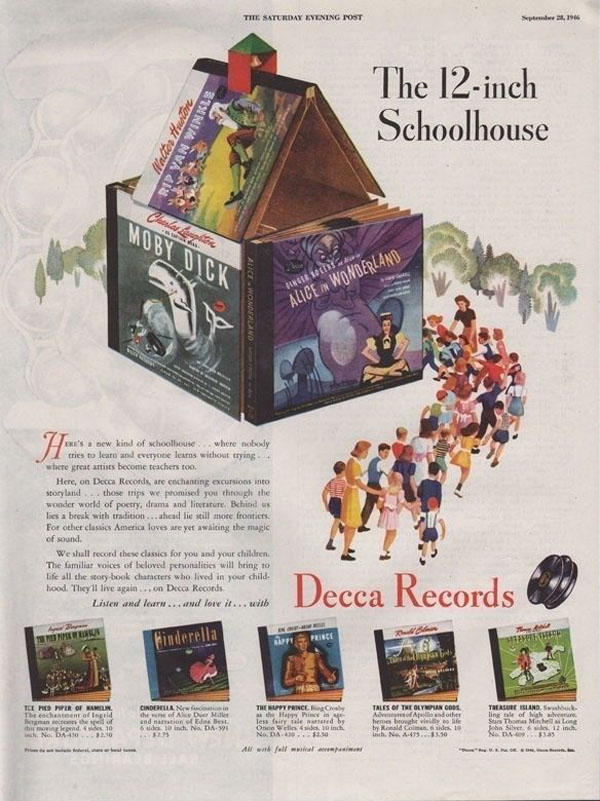 The schoolhouse in this Decca Records ad is made of record albums so that the children enter the albums to hear its music and stories. The source of the magic is again the record, not the machine. 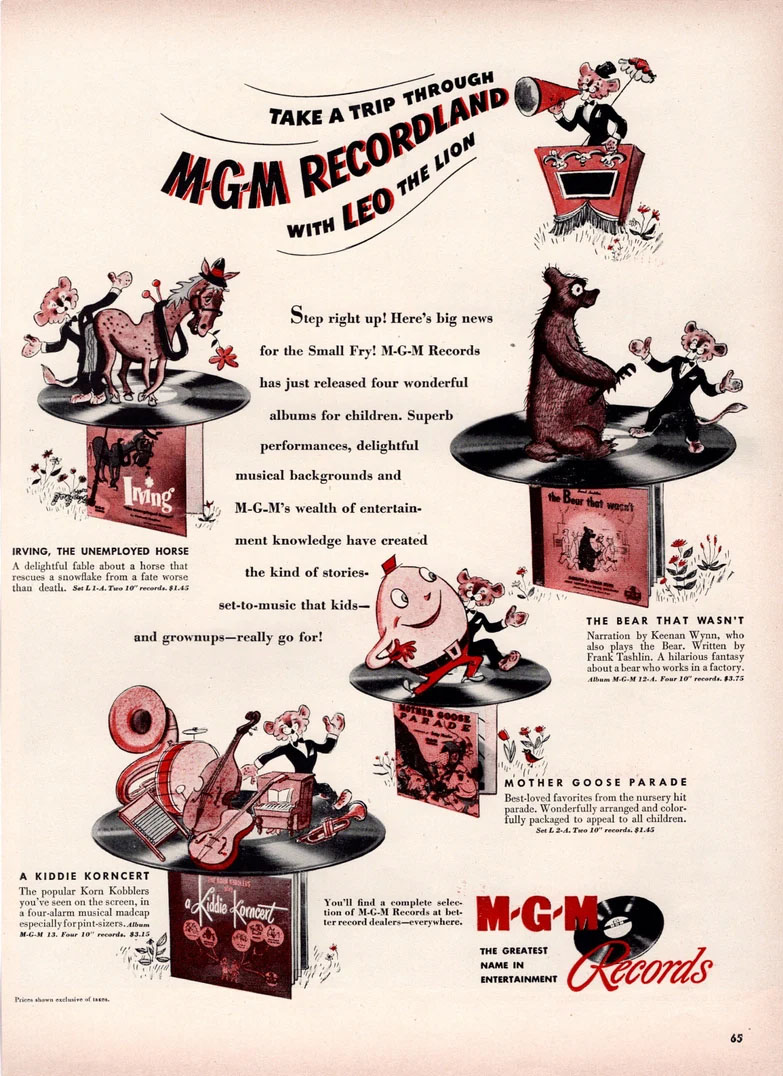 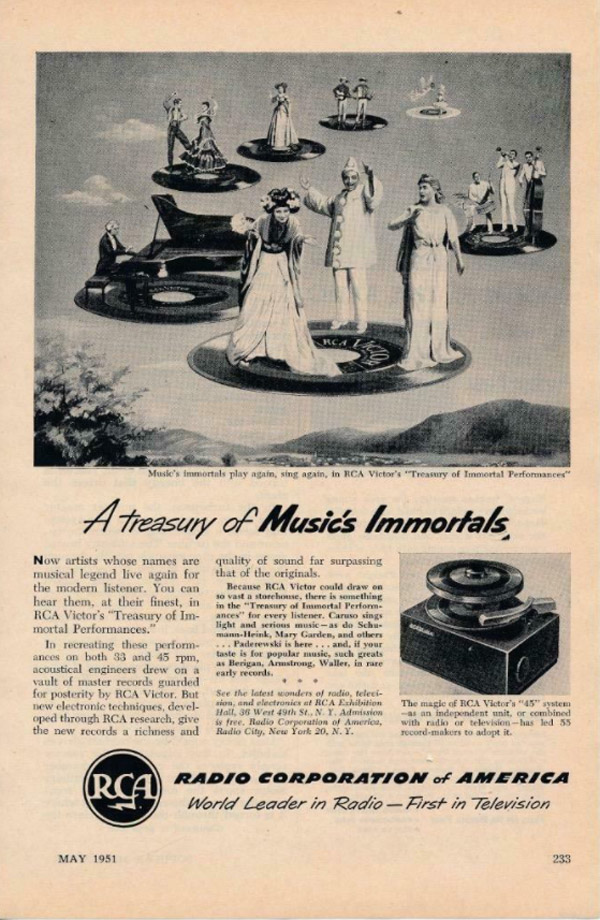 The magic of RCA Victor's "45" system brings "artists whose names are musical legend" back to life "for the modern listener." May 1951 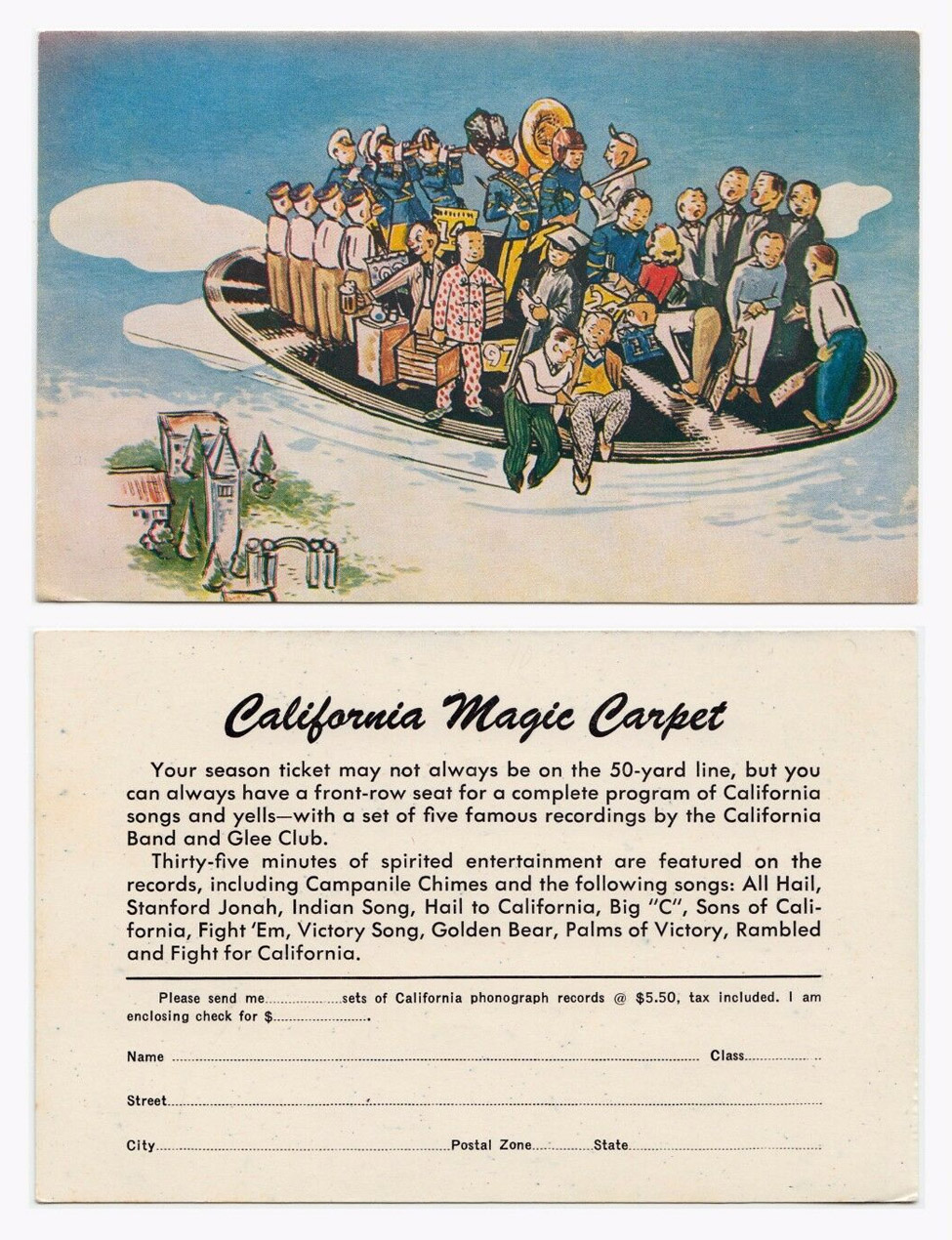 '...you can always have a front-row seat for a complete program of California songs and yells..."

The idea of a record floating in the air with perfomers or listeners riding on it is an advertising theme illustrating the magic of recorded sound in the tradition of Aladdin and his Magic Lamp and magic carpet rides of One Thousand and One Nights. 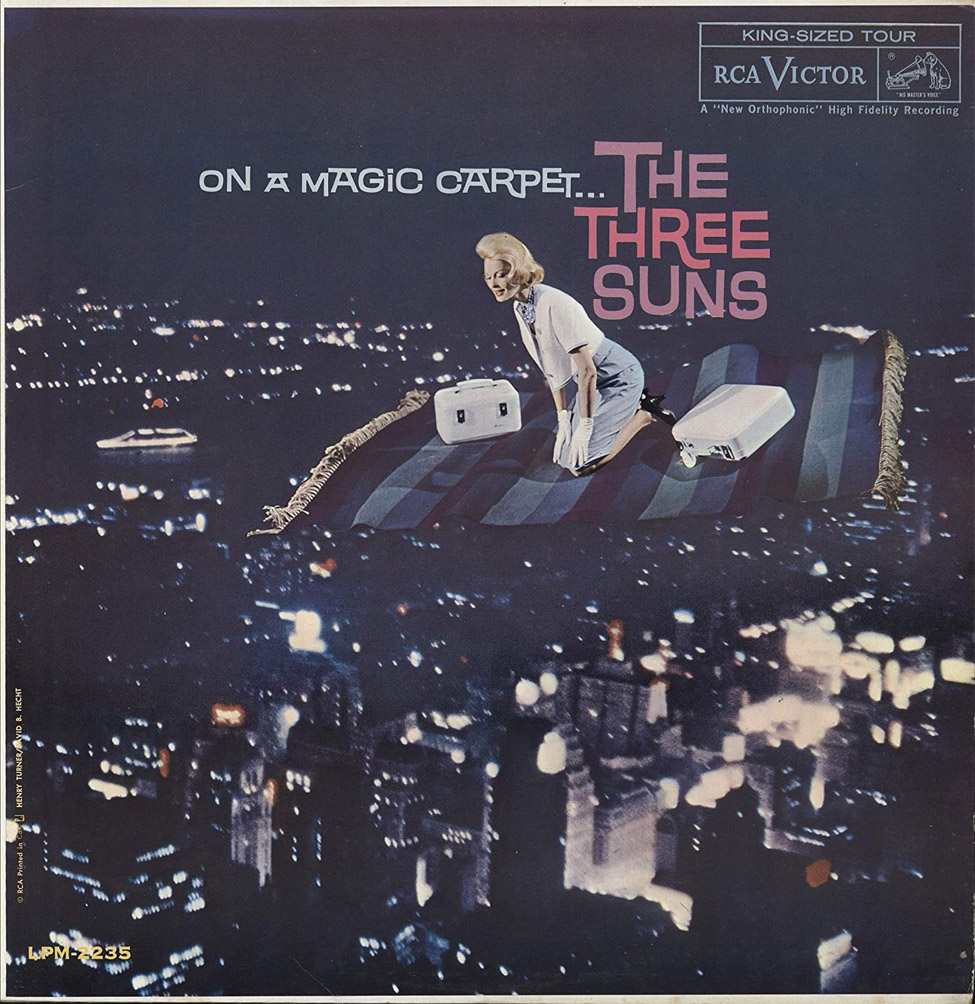 "...here's your chance to fly now and be enchanted forever. You'll be travelling first class all the way, on a magic carpet borne aloft by the artistry of the inimitable Three Suns...On this trip time, space and music are fused to perfection."

"Climb aboard this album and you'll travel in spirit as well as in space -- no surprise when you remember you're on a MAGIC CARPET."

(Text from back cover of The Three Suns LP album). 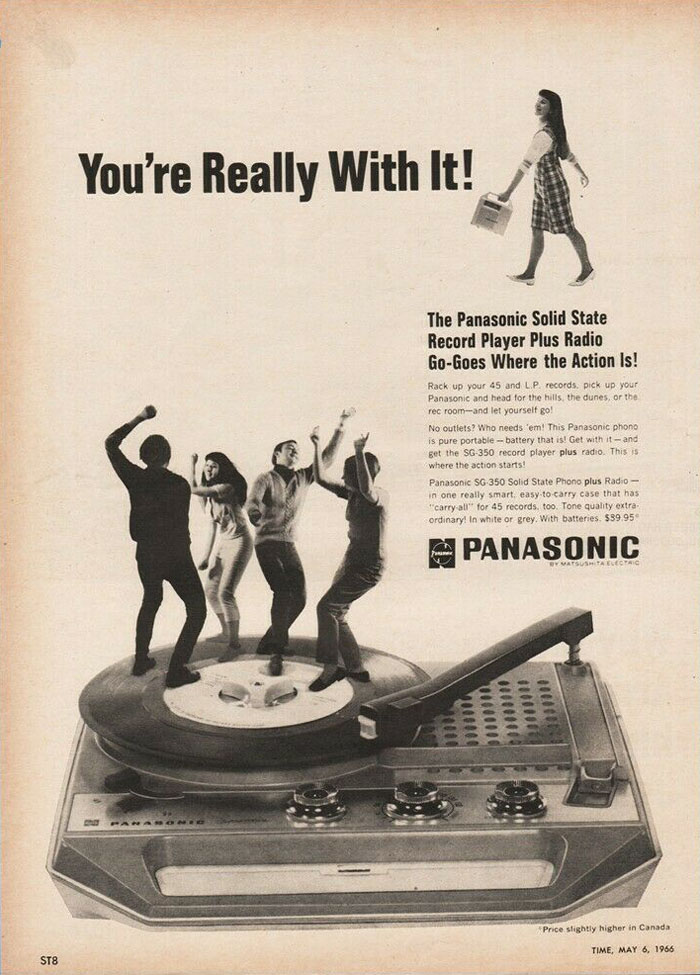 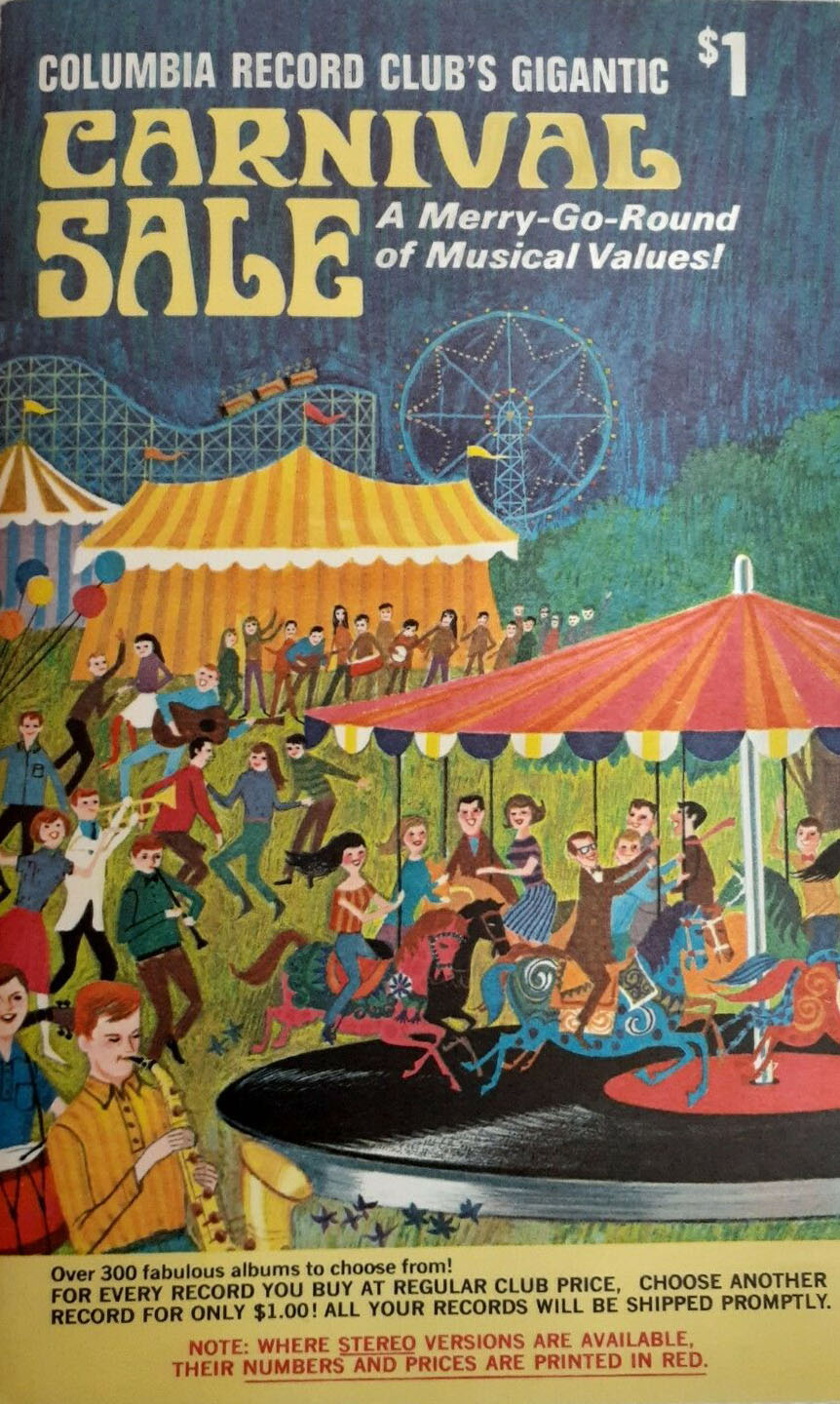