Celebration of American Independence and the Phonograph 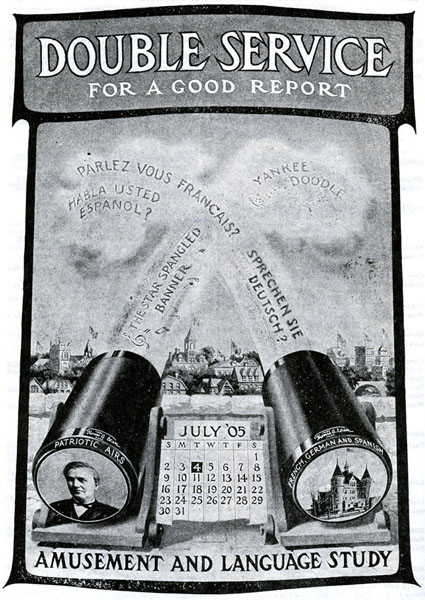 From 1776 to the present day, July 4th has been celebrated as the birth of American independence. Fireworks, parades, political speeches, picnics and family gatherings have marked this day each year throughout the United States. The Phonograph, likewise, has celebrated July 4th with their advertisements of "American patriotic airs from revolutionary days to date." Make your "own selections and celebrate the greatest Fourth of July in our history with appropriate patriotic music" said the 1919 Columbia magazine ad featuring Miss Columbia.

The Columbia Phonograph Company has an early history of advertising associated with US patriotism as it was "initially a distributor with a local monopoly on sales and service of Edison phonographs and phonograph cylinders in Washington, D.C., Maryland, and Delaware." Its Washington, D.C. location gave it access to the US military band members for early band recordings which were a popular selection on early nickel-in-the-slot machines. The company selected Miss Columbia as its logo and used her in its ads and on its cylinder record boxes.

Columbia also used Uncle Sam to promote their phonographs and records, however, Uncle Sam was not limited to Columbia advertisements as seen in the jubiliant Edison Form 392 of 1901 with Uncle Sam taking off his hat to the Edison Phonograph. 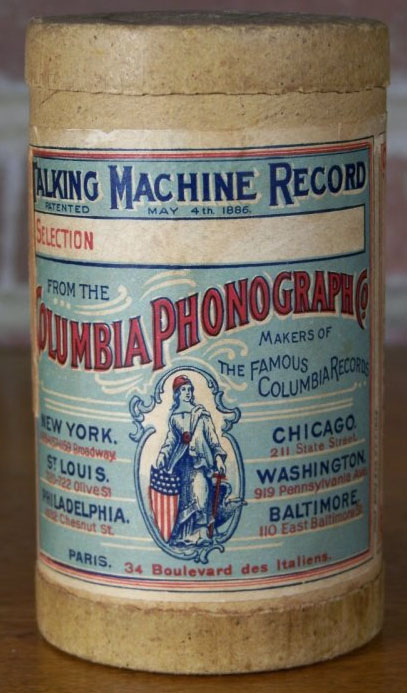 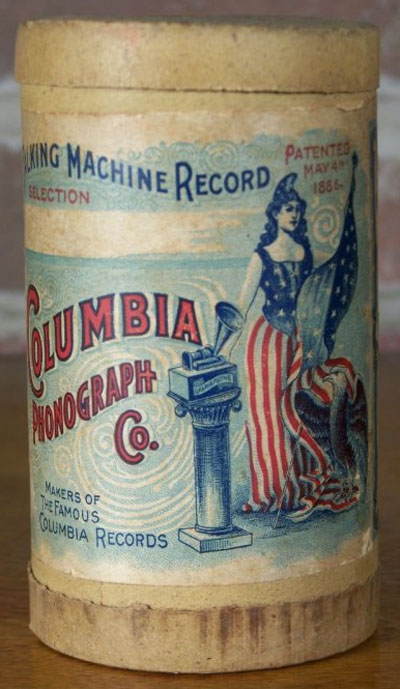 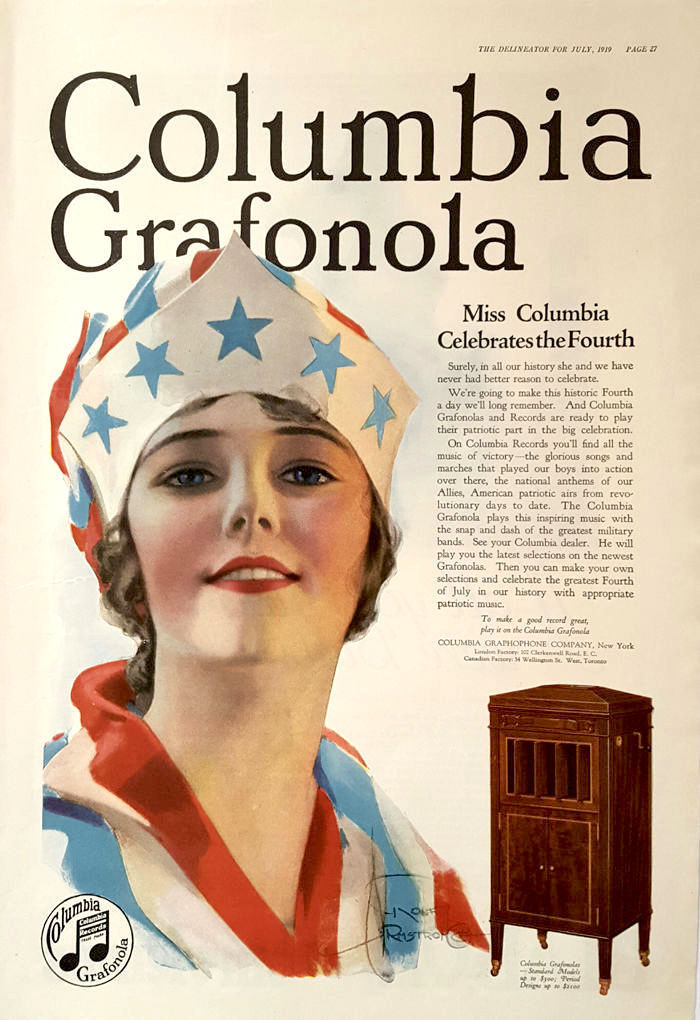 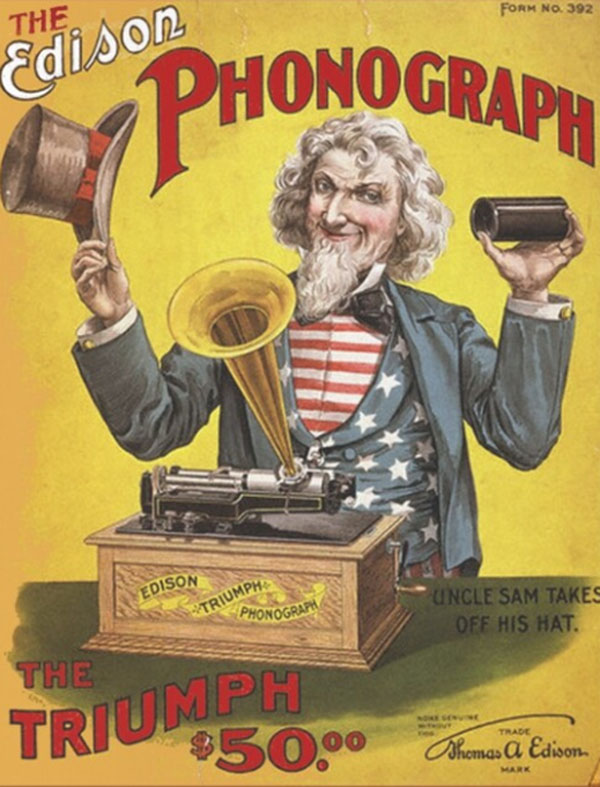 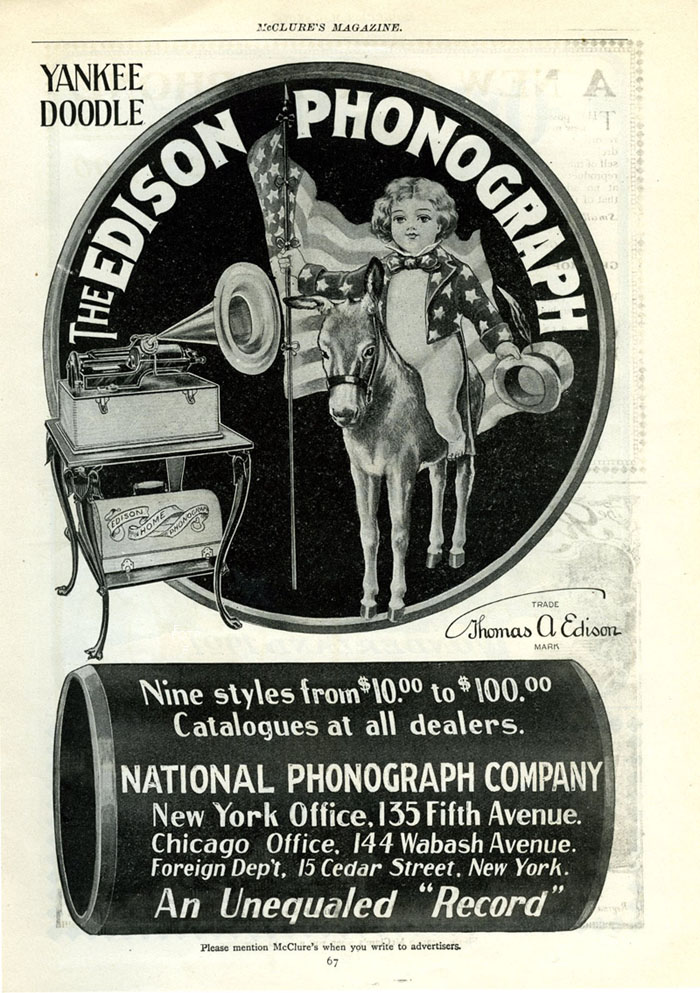 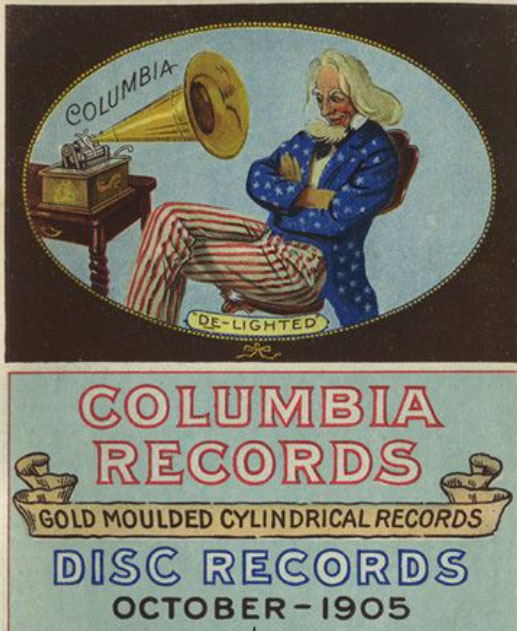 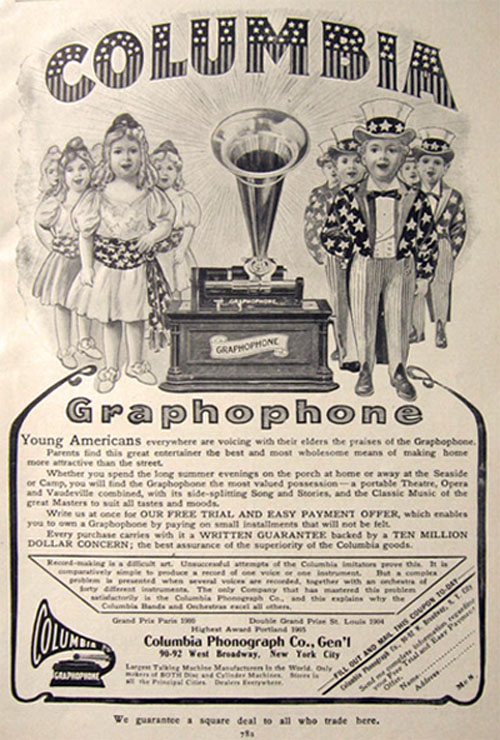 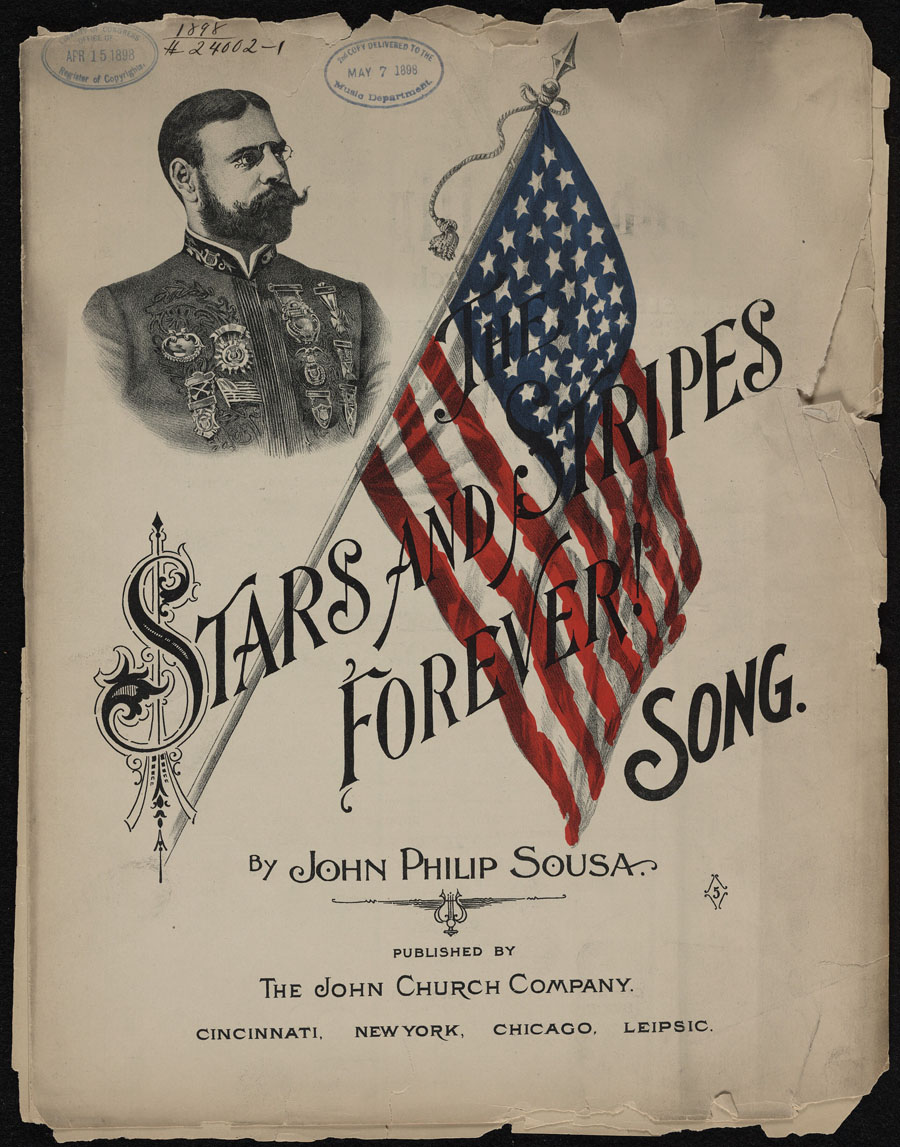 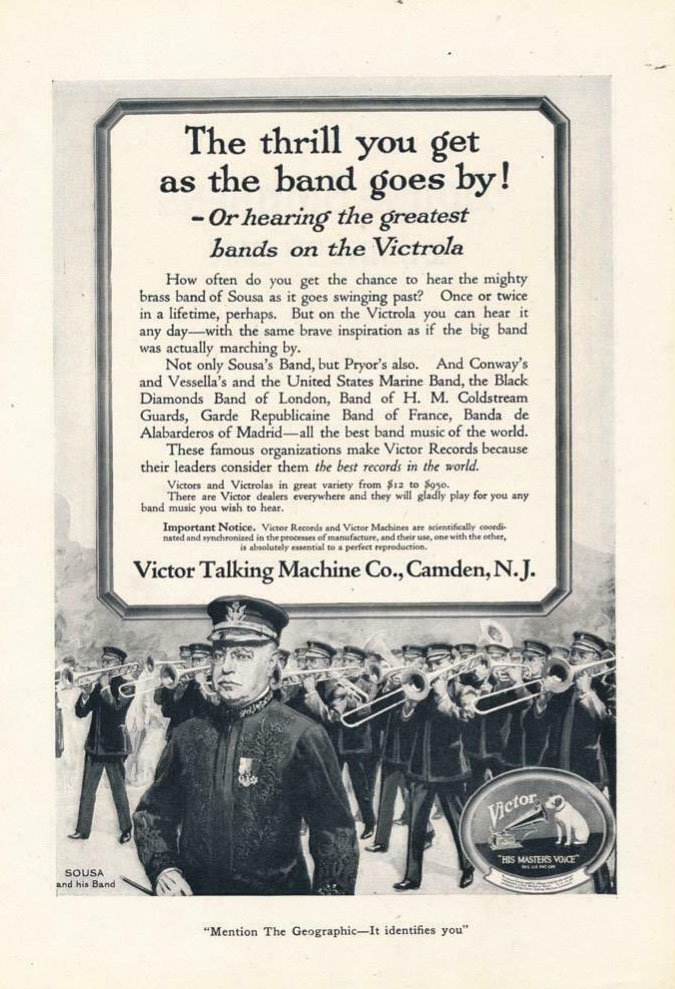 Sousa and his Band, The National Geographic, 1919

View this Magic Lantern presentation America for a glimpse of what an audience could have seen and heard in 1908. The artwork is by Joseph Boggs Beale and the slides are accompanied by The Indestructible Military Band performing The Star Spangled Banner and America, Indestructible Record No. 3943 (1908) 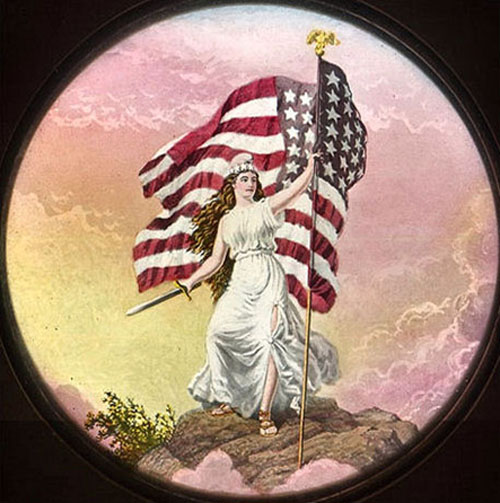 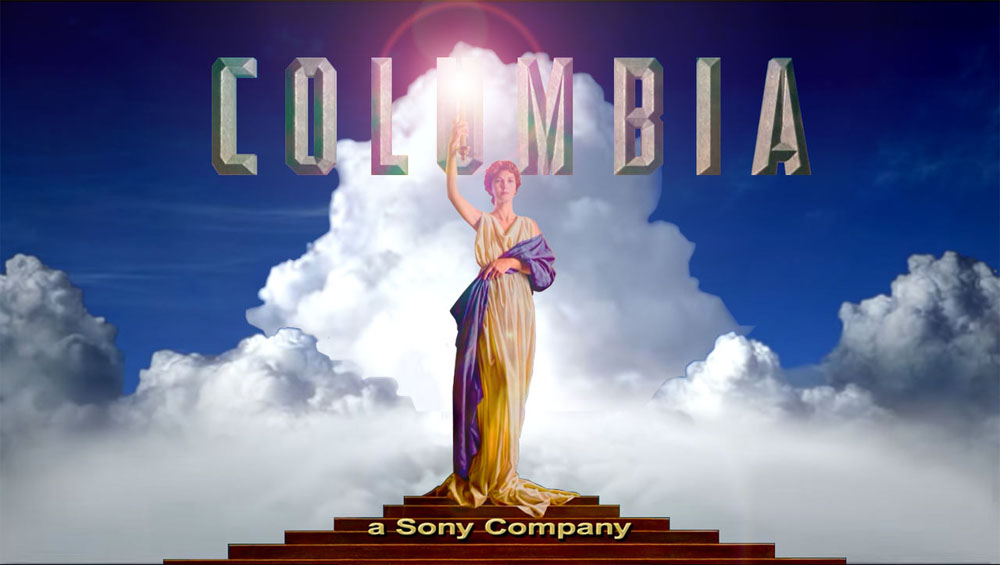 July 4 - On this Day Factola