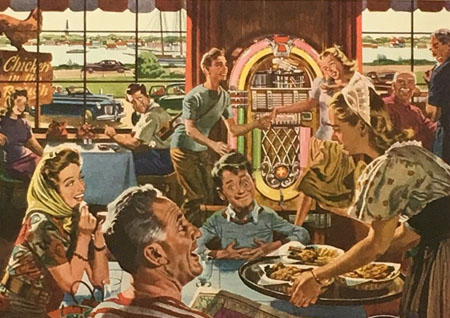 Commercial success for the phonograph and recorded sound could be said to have begun on November 23, 1889 when the first jukebox was introduced at the Palais Royal Saloon in San Francisco. In the 1890's coin-in-the-slot phonographs would be found in other public spaces like hotels, ferry and railroad stations, restaurants and phonograph parlors where multiple phonographs were available for listening.

This gallery features dining outside your home and music, courtesy of the phonograph. 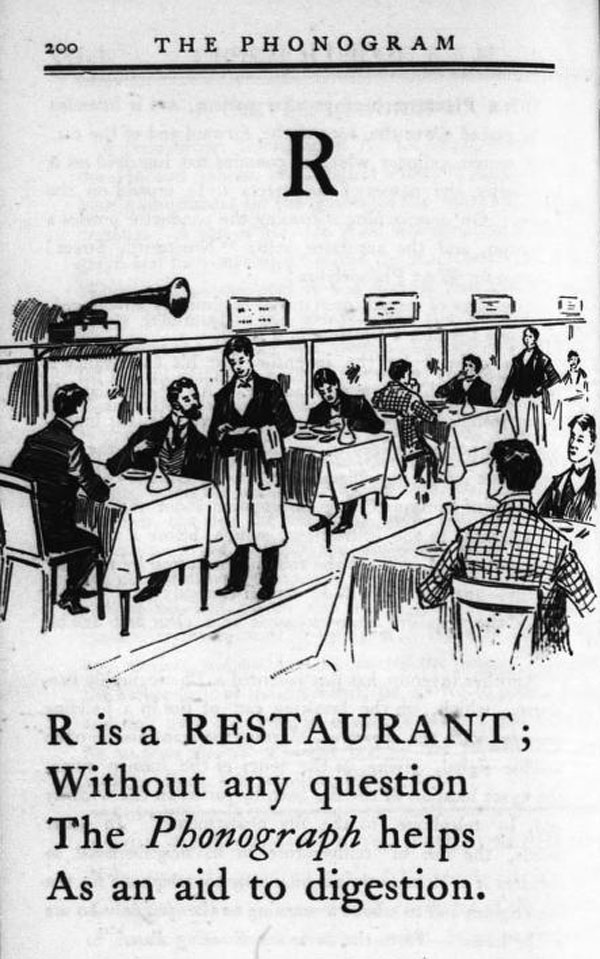 An article from The Talking Machine World in May 15, 1907 highlighted the business advantage of providing talking machine entertainment in quick lunch counters. 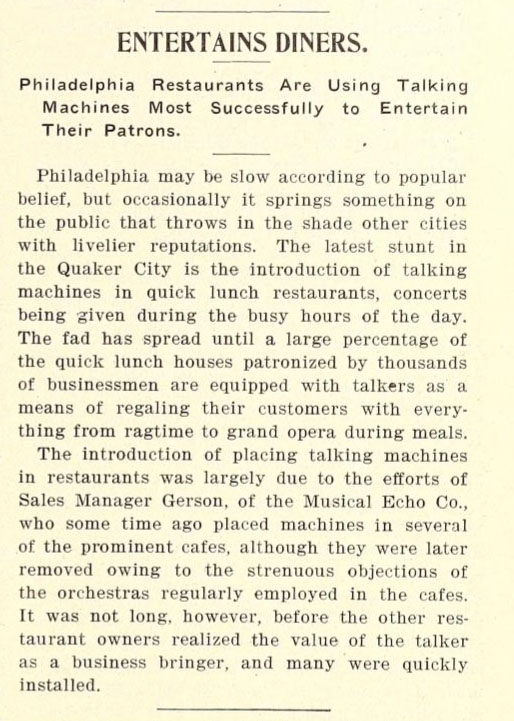 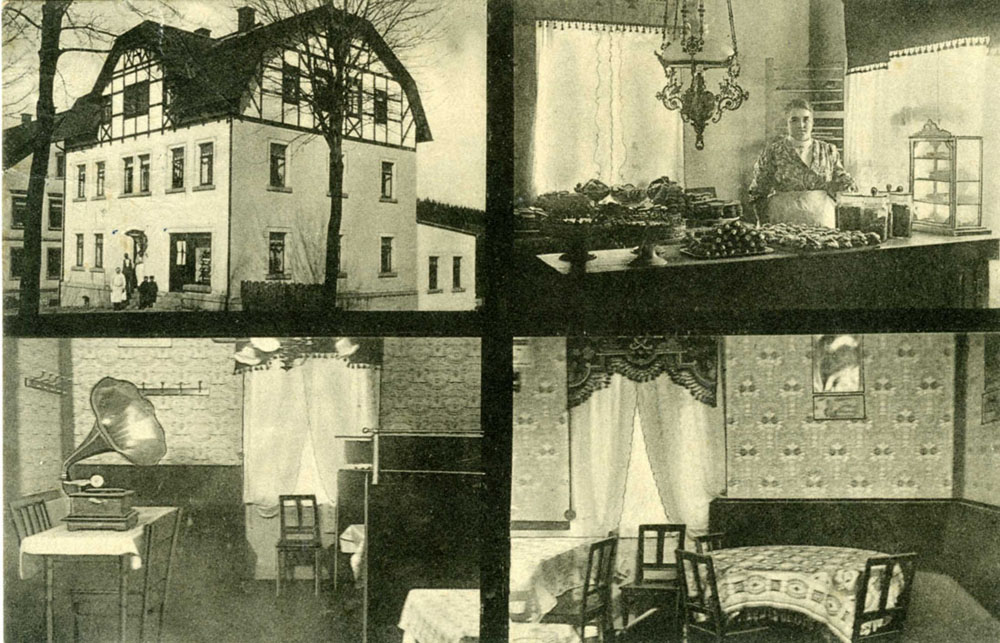 Postcard of the Alfred Gerlach Hotel and Bakery with dining area, Germany circa 1920 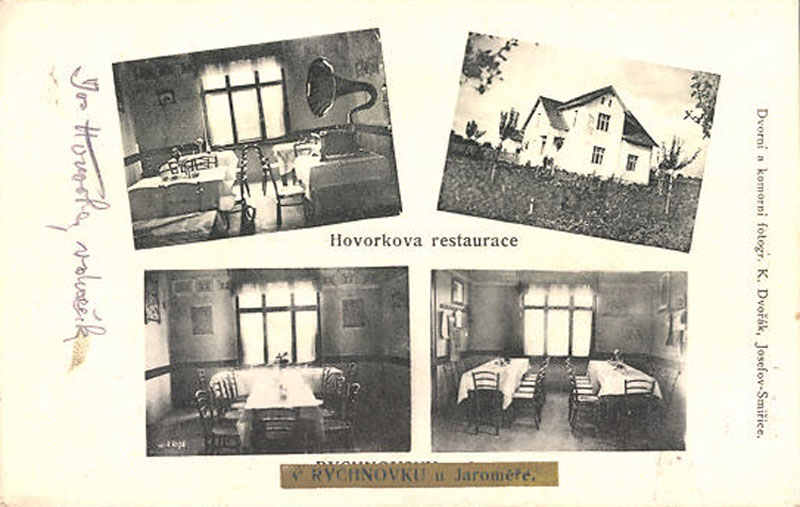 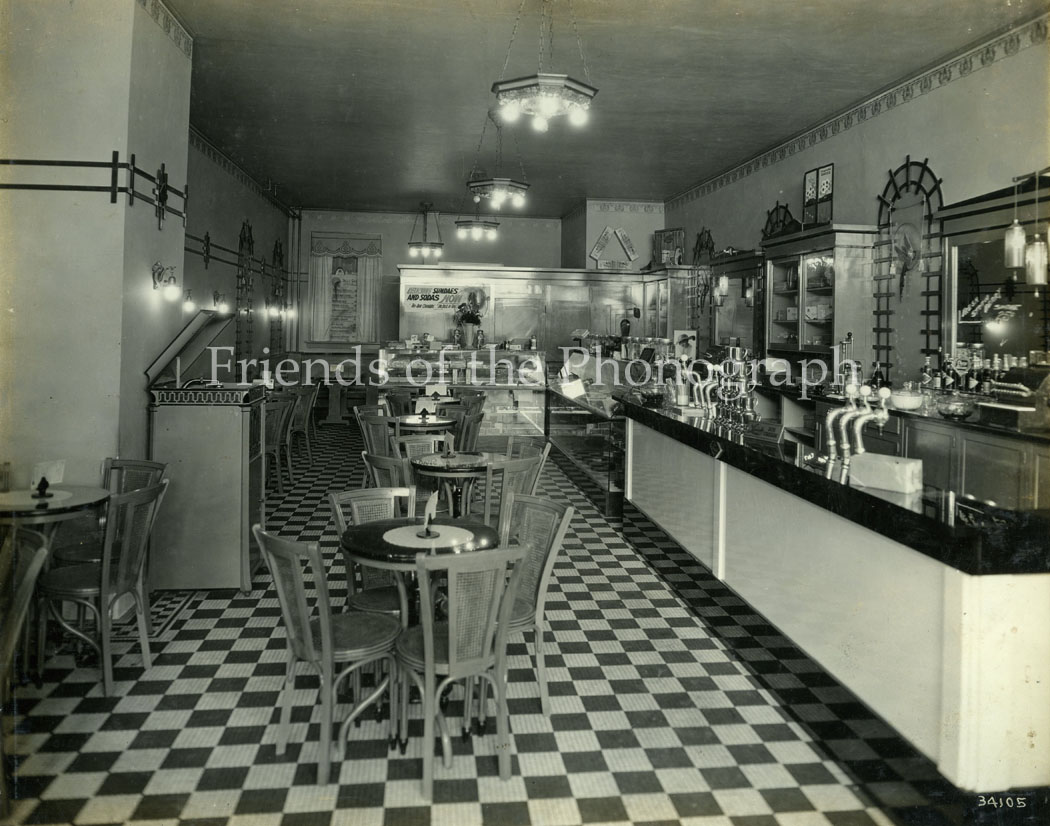 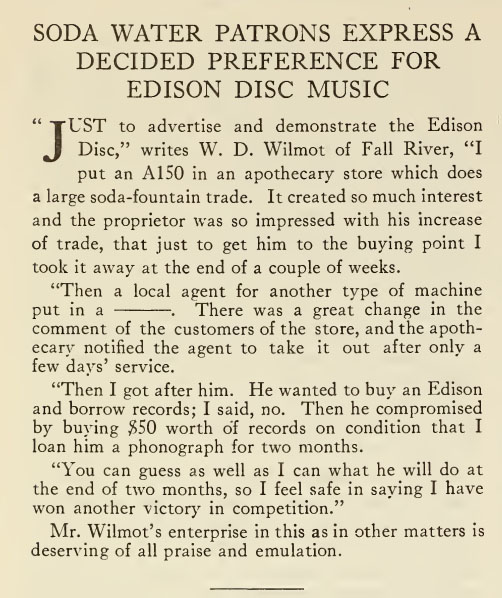 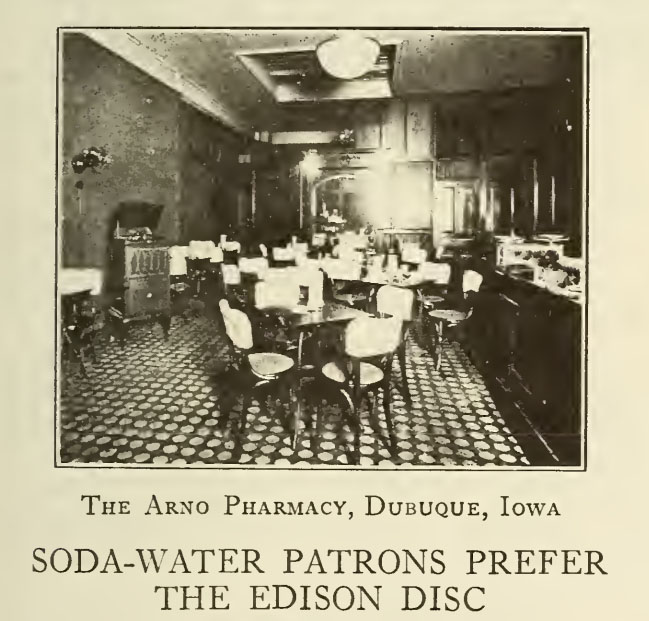 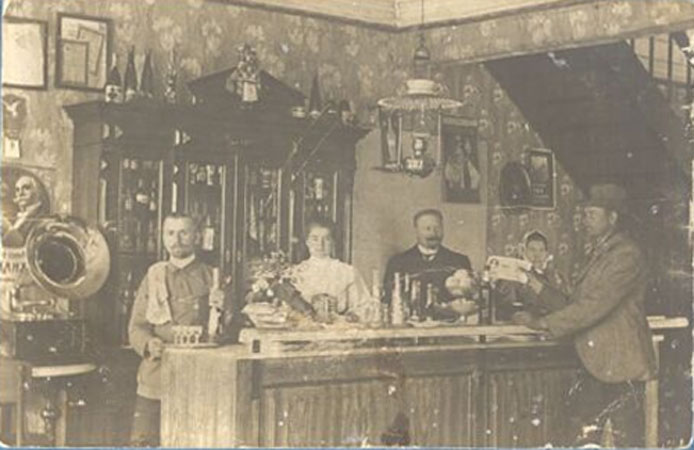 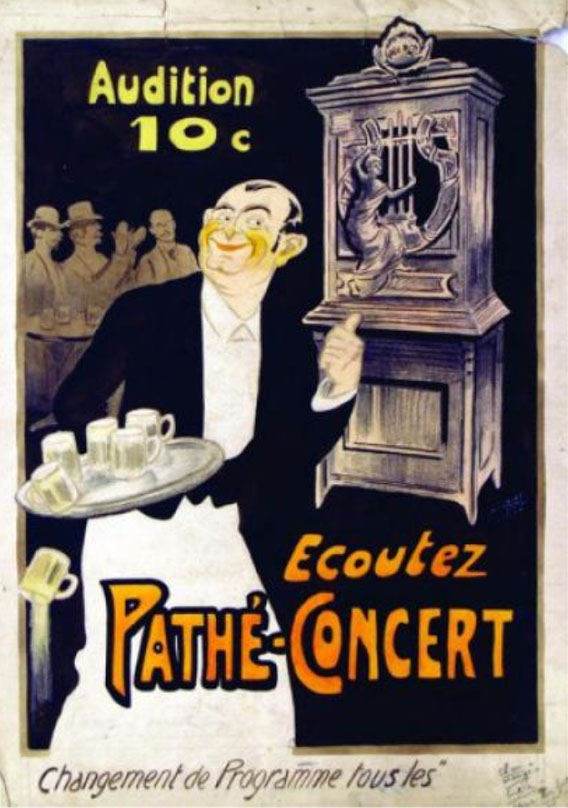 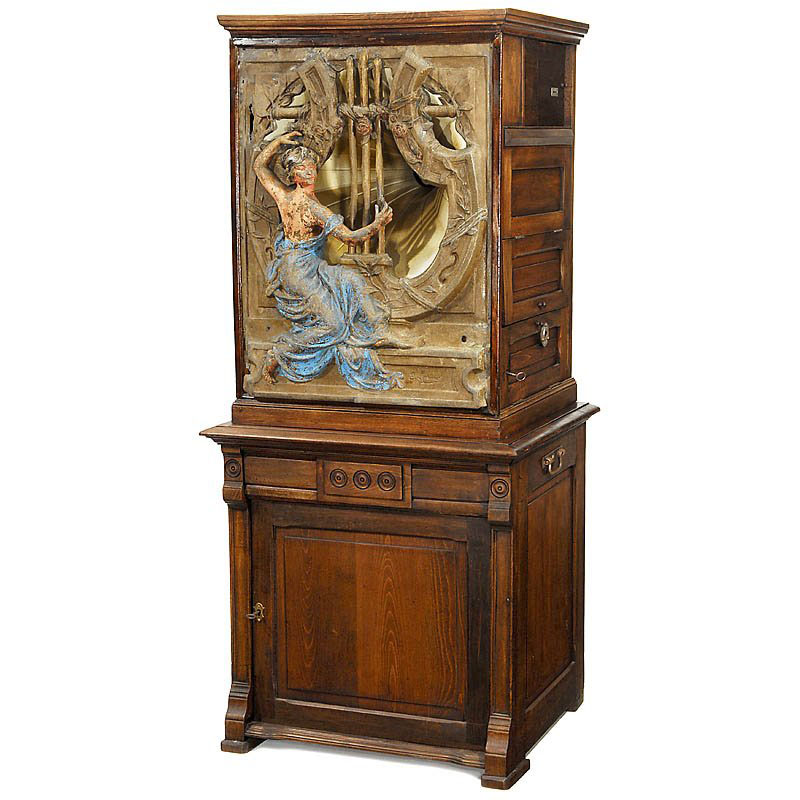 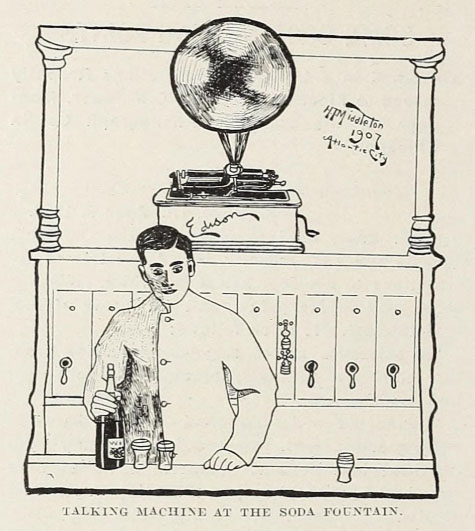 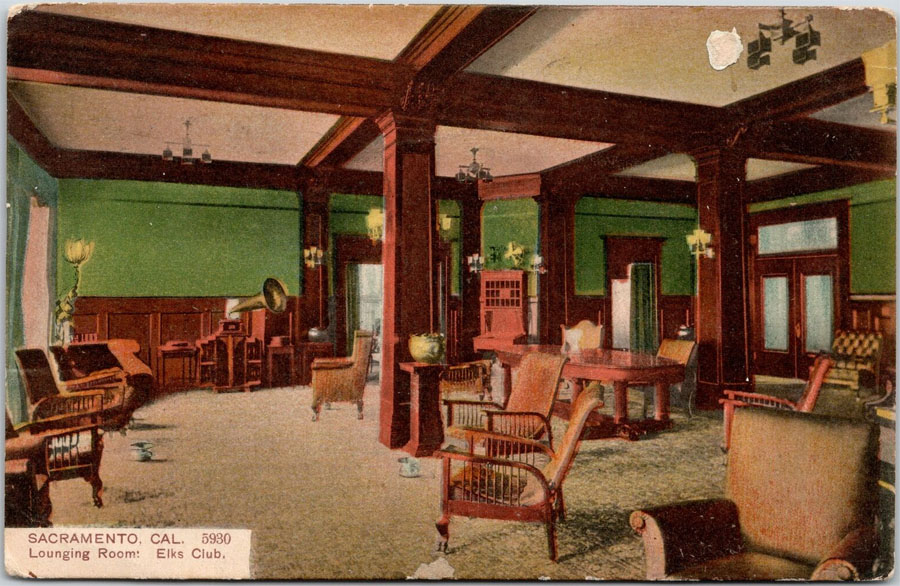 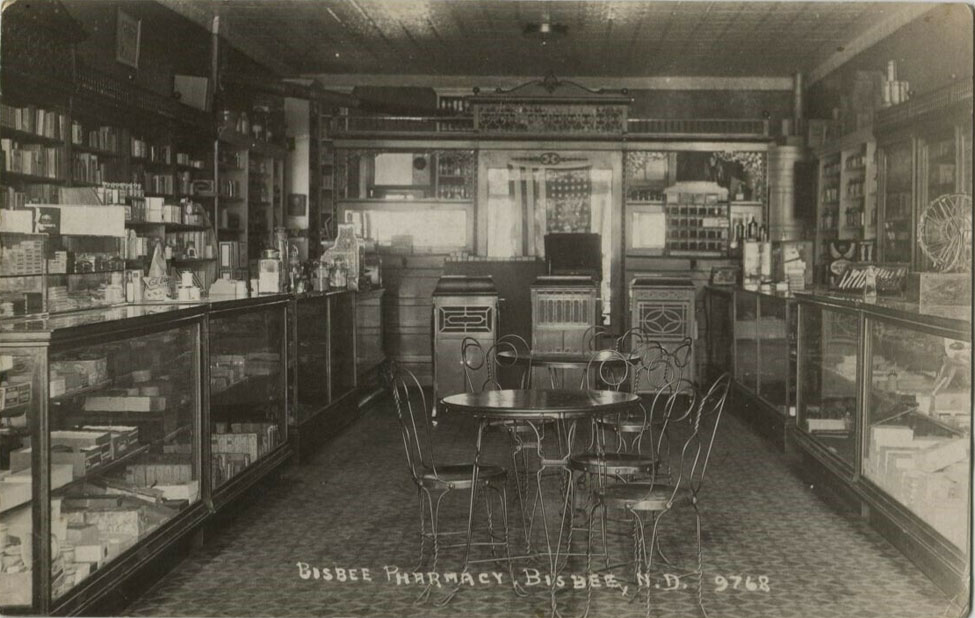 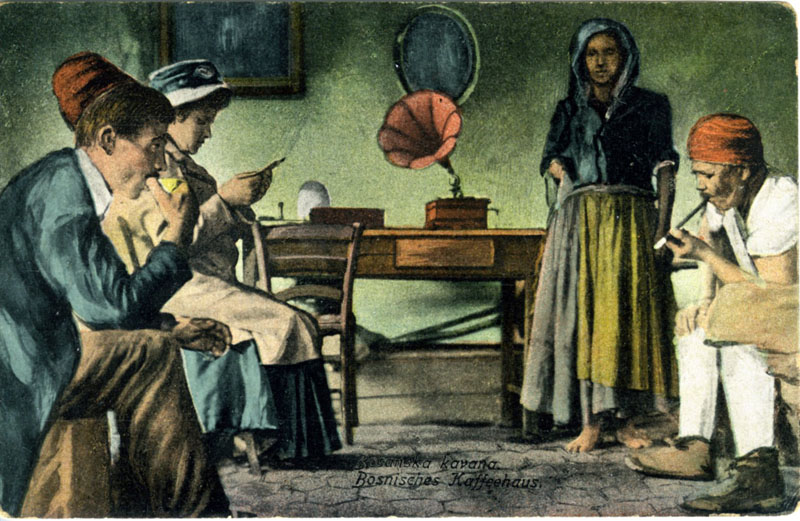 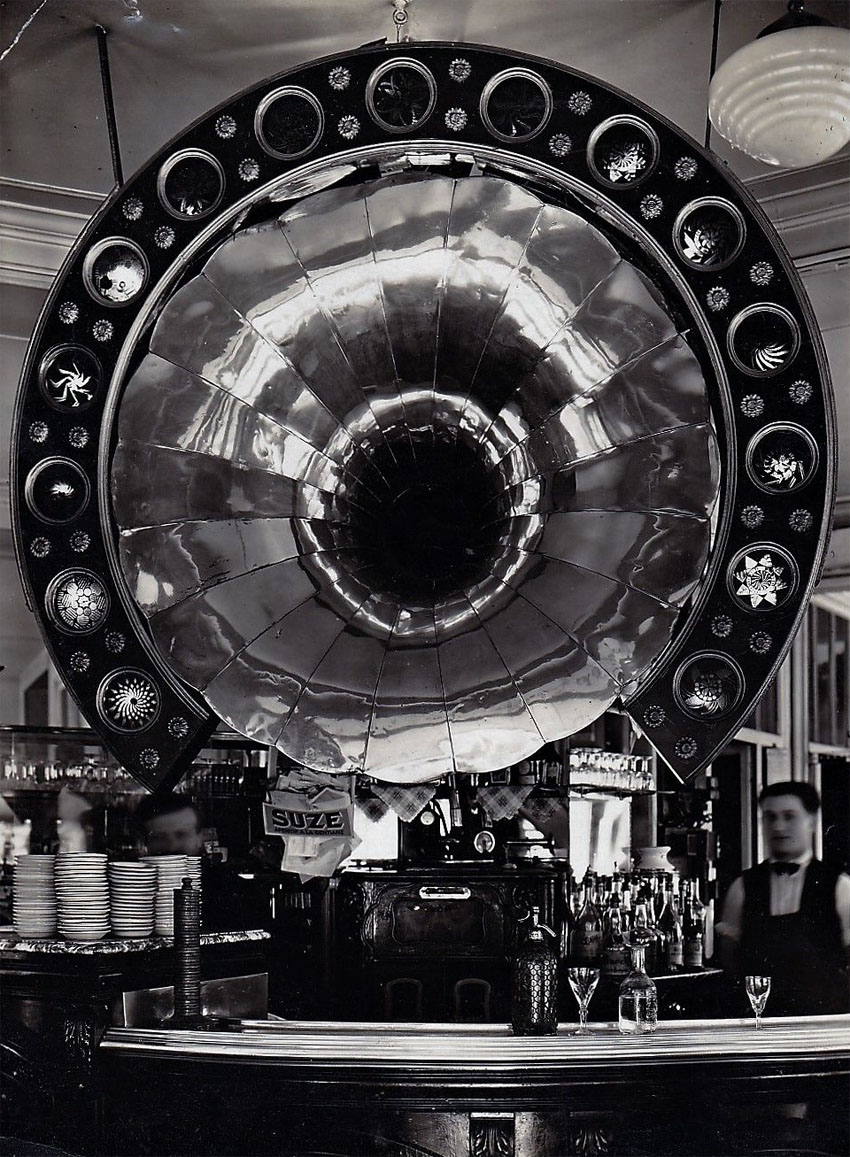 Recorded music would continue to be heard in public places but in the 1930's through the 1960's the jukebox became a major performer for restaurants and burger joints and soda shops throughout the USA. 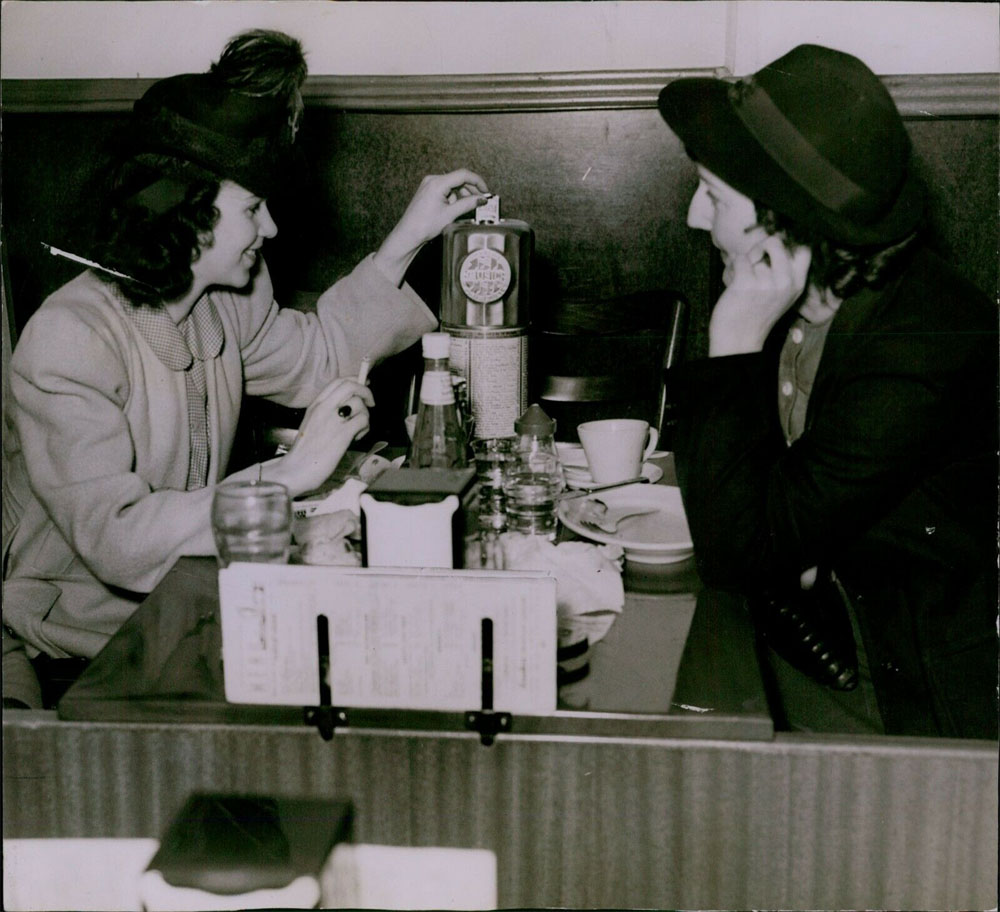 A Record with their Meal 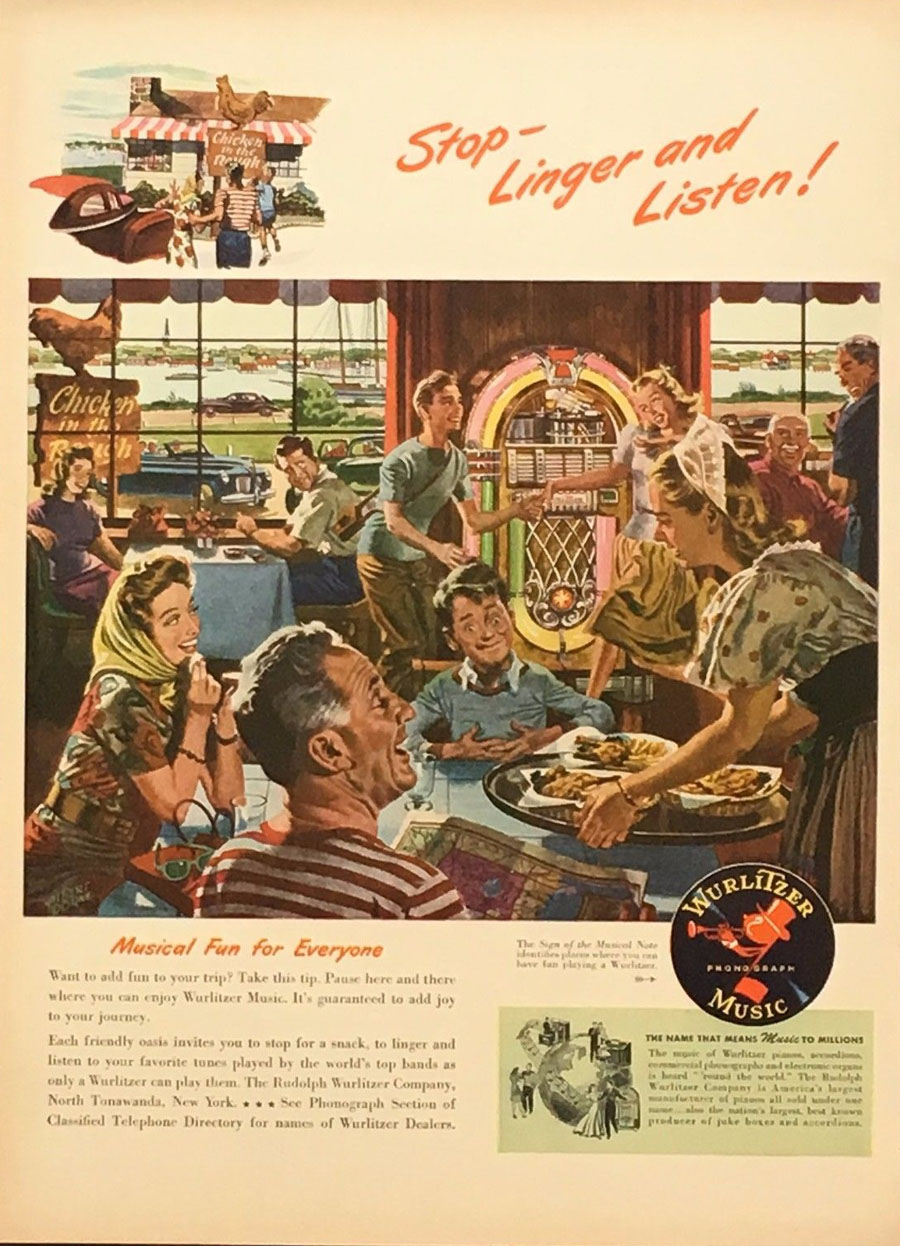 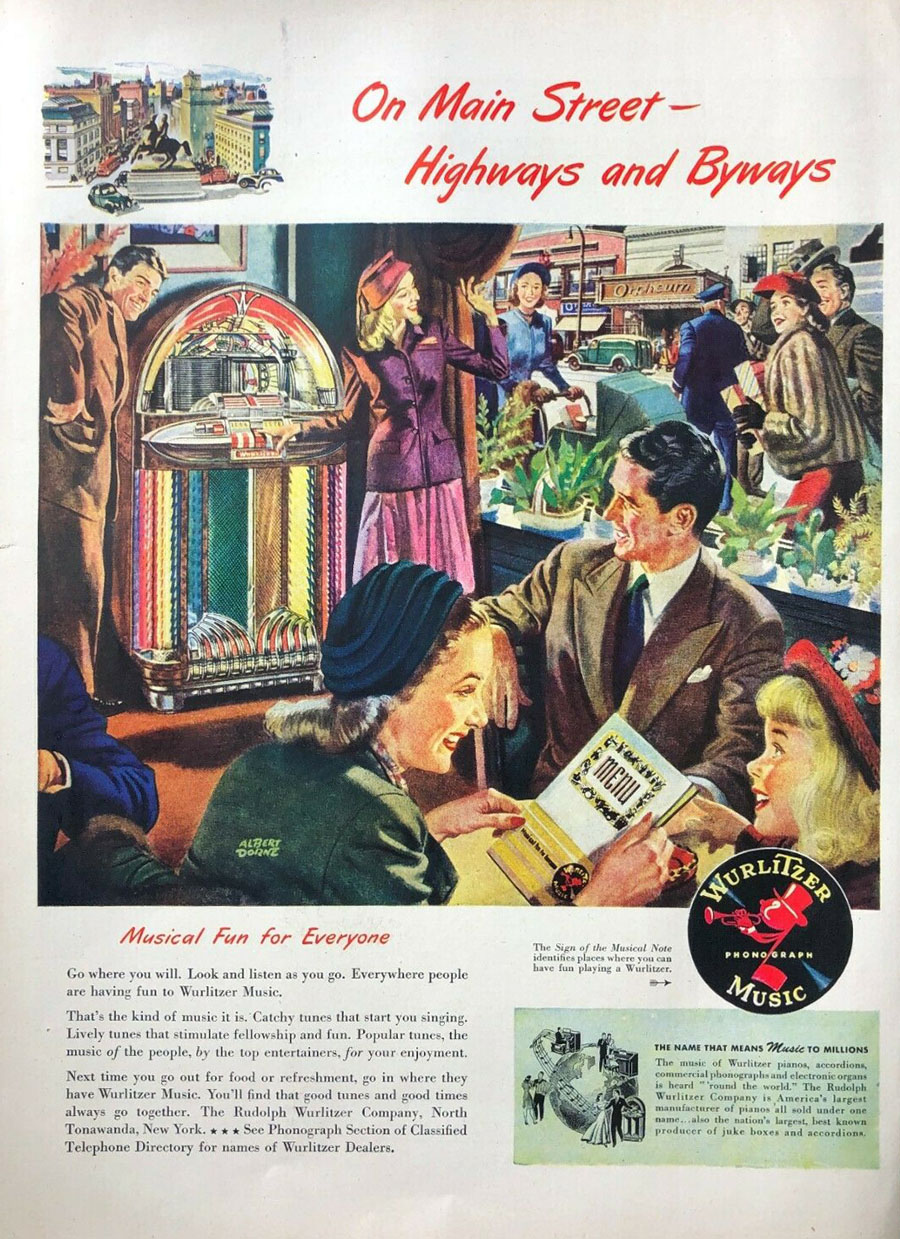 An early competitor to the jukebox was coin-operated player pianos like the Peerless Coin Operated piano. Advertised in The Talking Machine World, December 15, 1907, it was said there "is no medium on earth to compare with these instruments...Our Peerless has been tried in cafes, billiard parlors, drug stores, candy stores, etc. and in every case has it proven a success." 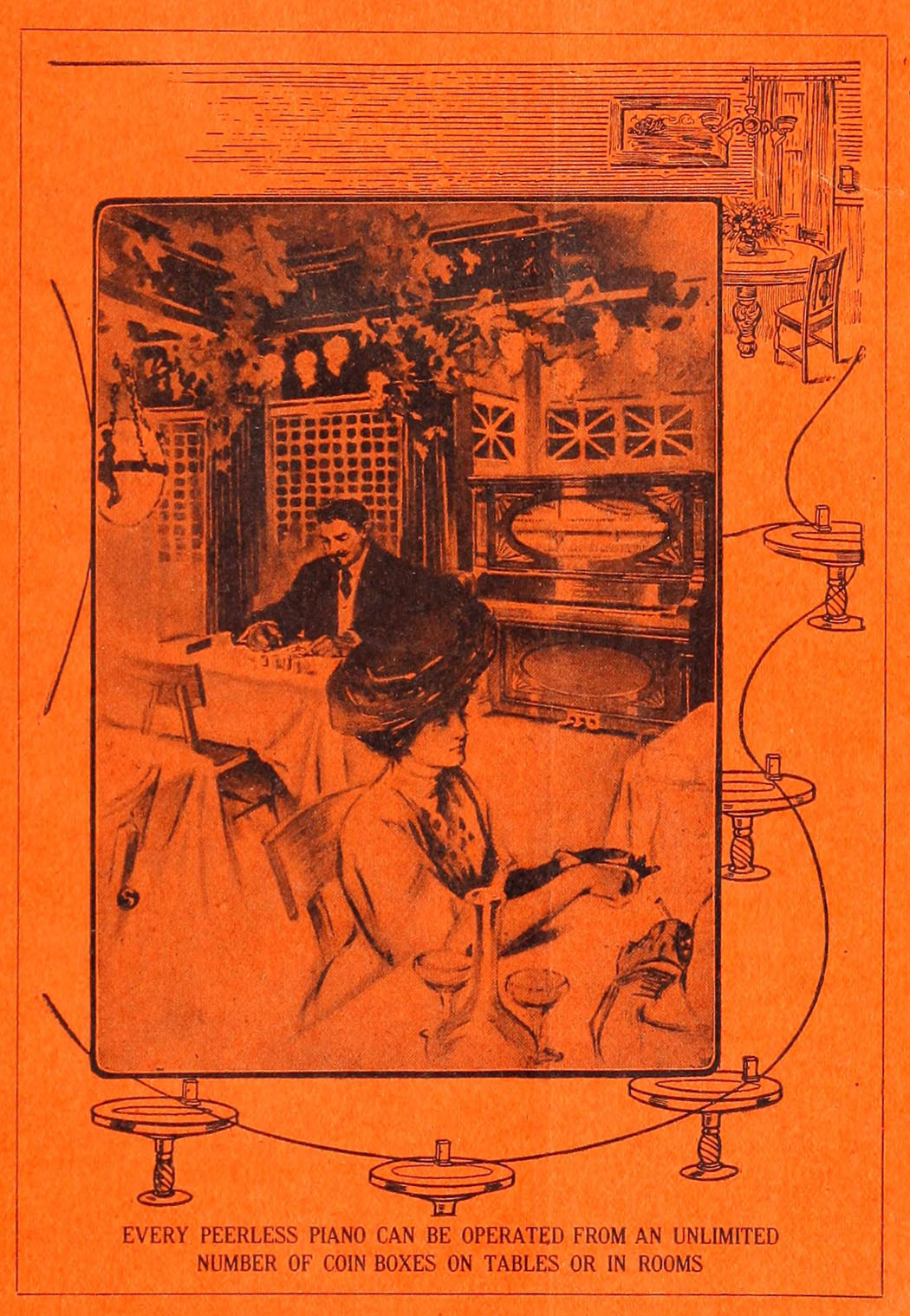 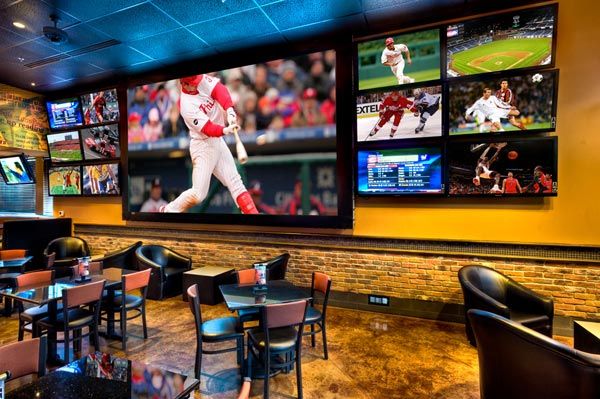 Multiple TVs became the dominant medium for the entertainment of patrons in restaurants and sports bars in the 21st century.