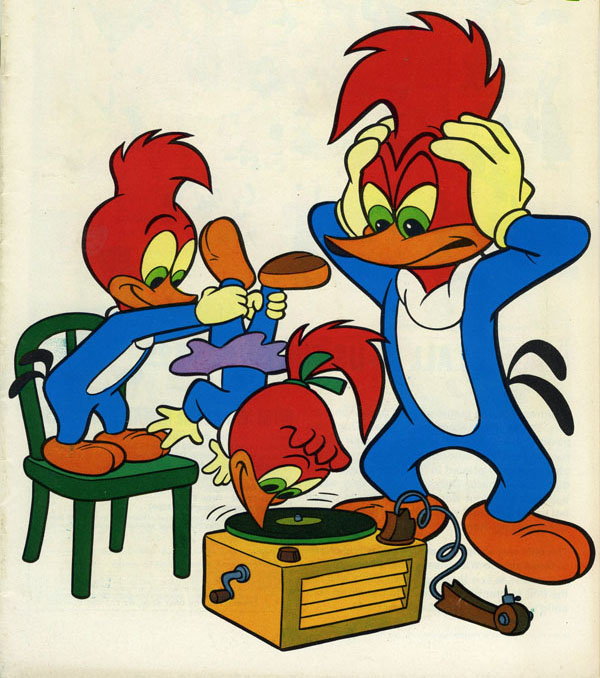 Art and Connections with the Phonograph Needle

The phonograph's reproduction of recorded sound is heard when the 'rubber hits the road," i.e., when the needle hits the grooves of the record. Early phonographs like Berliner's Gramophone and its descendent Victor Talking Machine Company used a sharp point, normally a steel needle, to follow the groove of a record to create sound. Berliner's United States Gramophone Company began to manufacture 7-inch hard rubber discs so that for his 1894 machines the needle literally hit the rubber of the record. 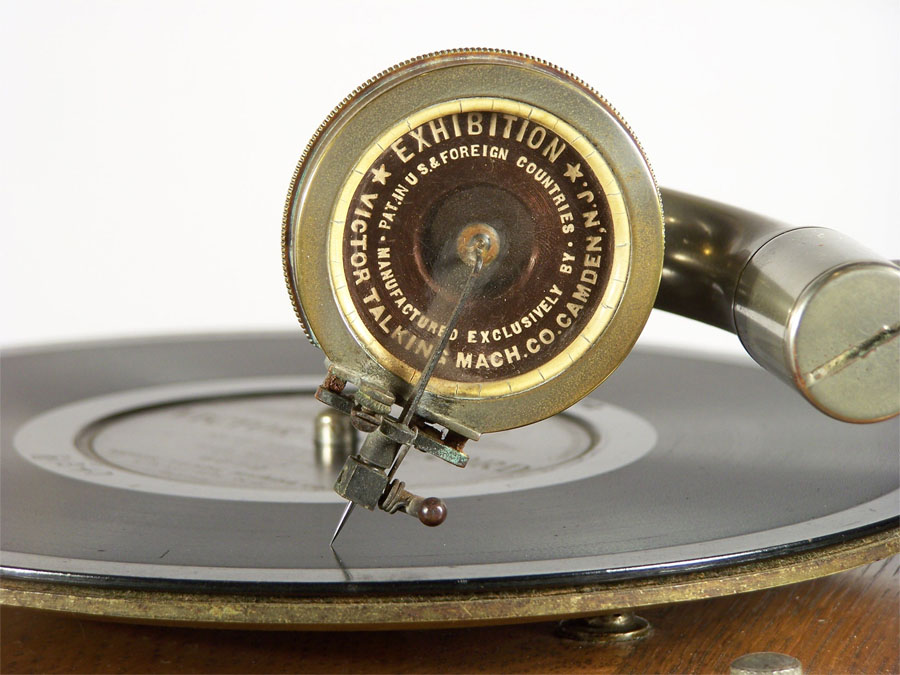 "Needles were made of various materials: steel, chrome, fibers, thorn, cactus, sapphire, and diamond...As early as 1906, there were nine types of needle available: three to play quietly, three to play at medium volume, and three types for loud playback." (1)

A needle tin could be purchased that contained steel talking machine needles. The variety of designs, shapes and companies could create its own gallery of phonograph needle art. The following example is from the collection of Arnold Schwartzman (3), author of Phono-Graphics, where many more can be seen. 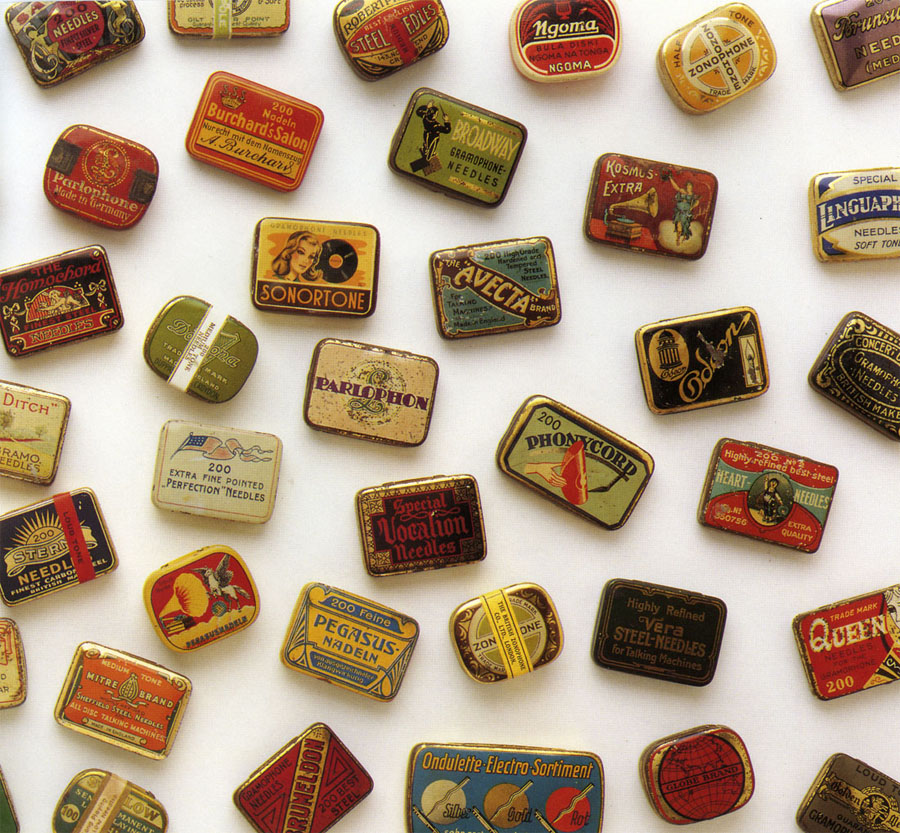 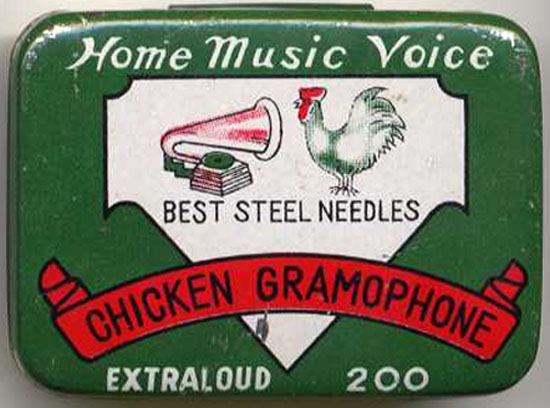 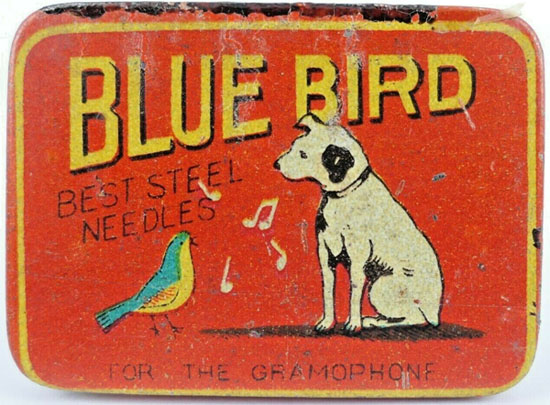 My favorite phonograph needle art, however, is where a bird or plant or other 'figure' is used as the needle. For example, a bird positioned on a turntable with its beak pointing into the groove of a record as a stylus is the most common of those artistic adaptations. 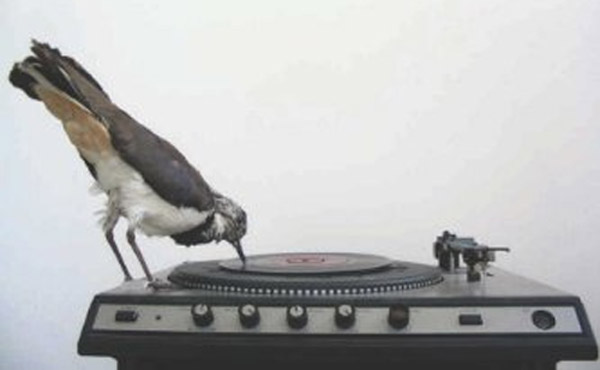 Fred Flintstone and Woody Woodpecker used bird beaks for their record players as does EMEK in his 2003 poster "Phono Bird"; Hot Stuff "The Little Devil" used his 'devil tail' for a stylus (see below examples). 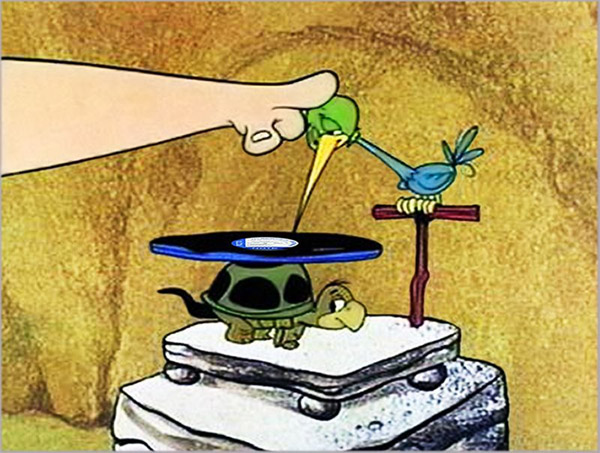 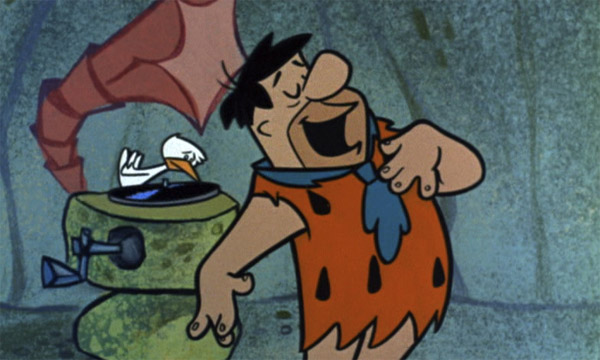 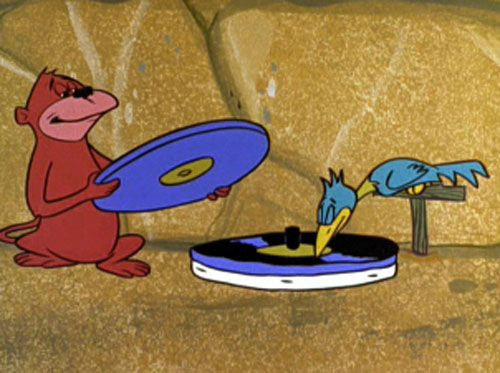 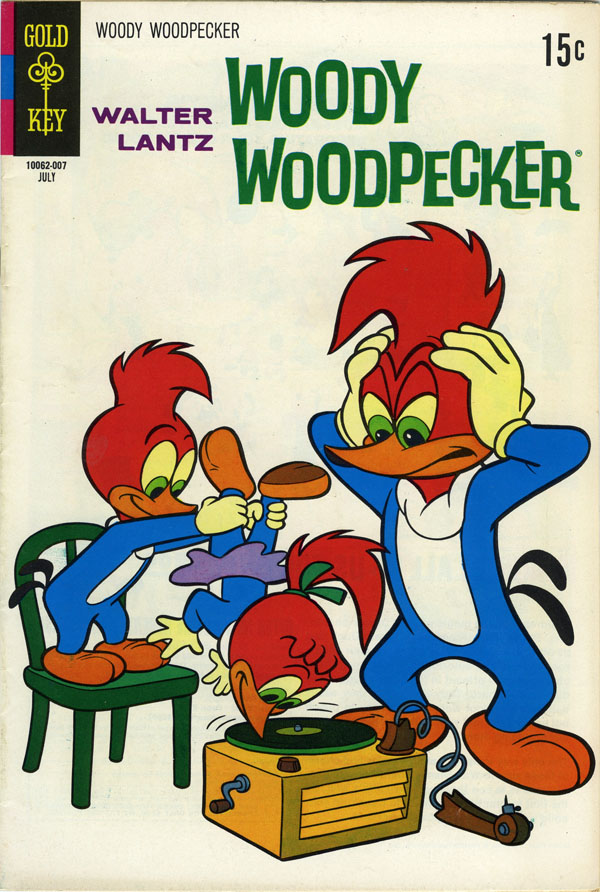 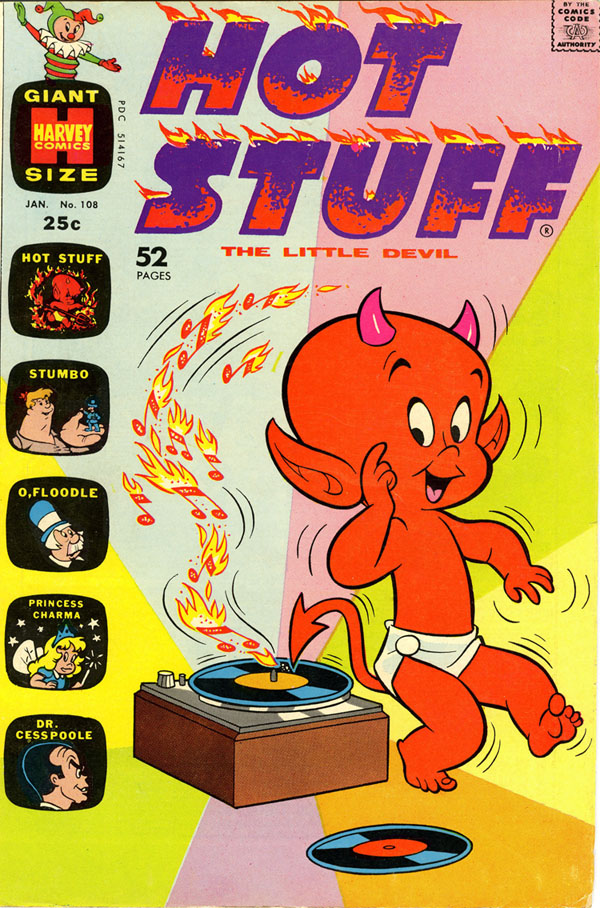 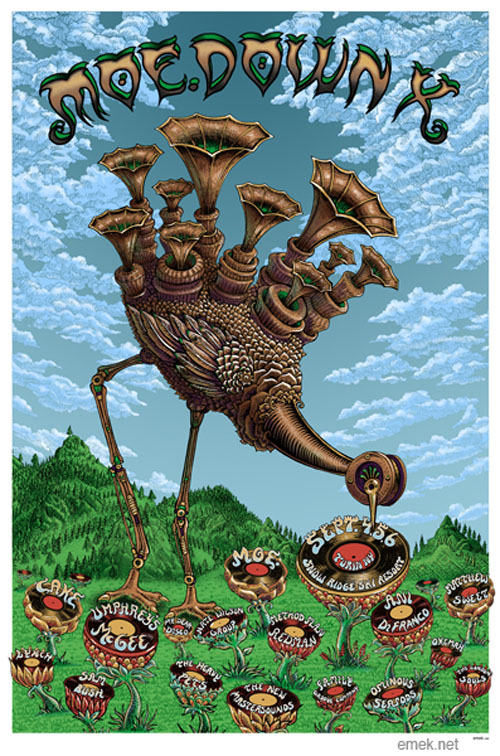 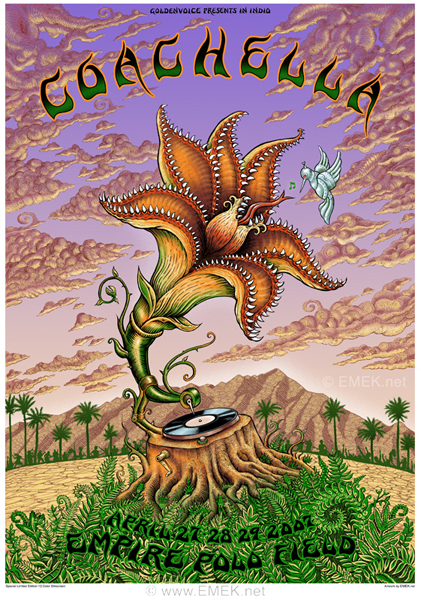 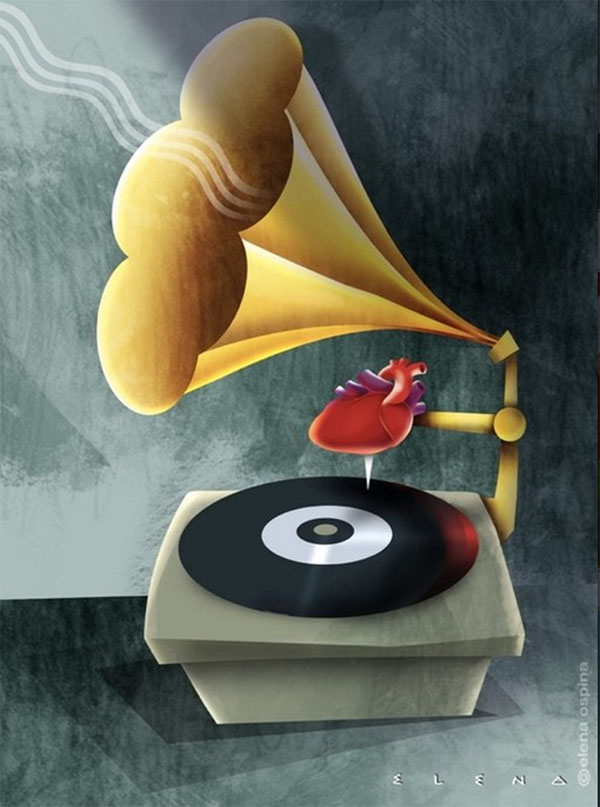 Elena Maria Ospina Mejia is a painter, illustrator and cartoonist from Columbia. Image courtesy of the European Cartoon gallery website. 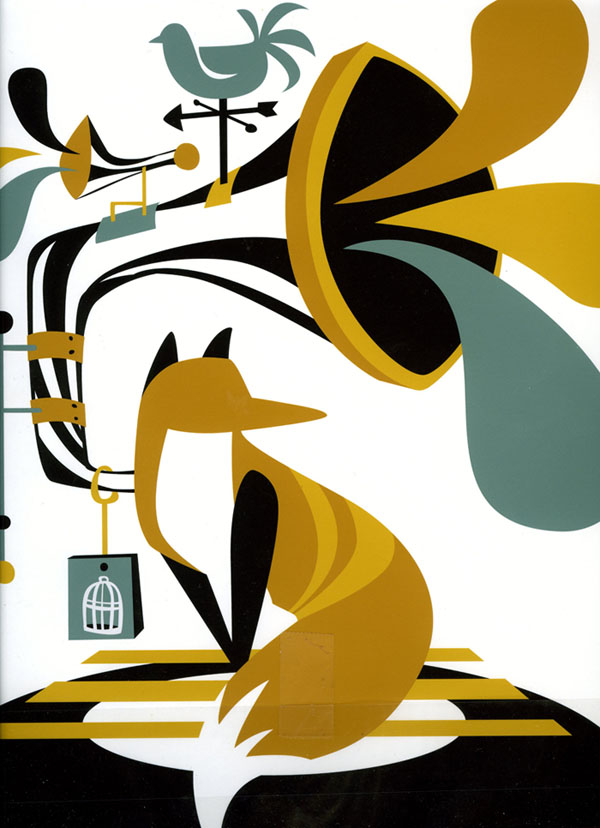 Soldier's bayonet used as needle to play message on the record 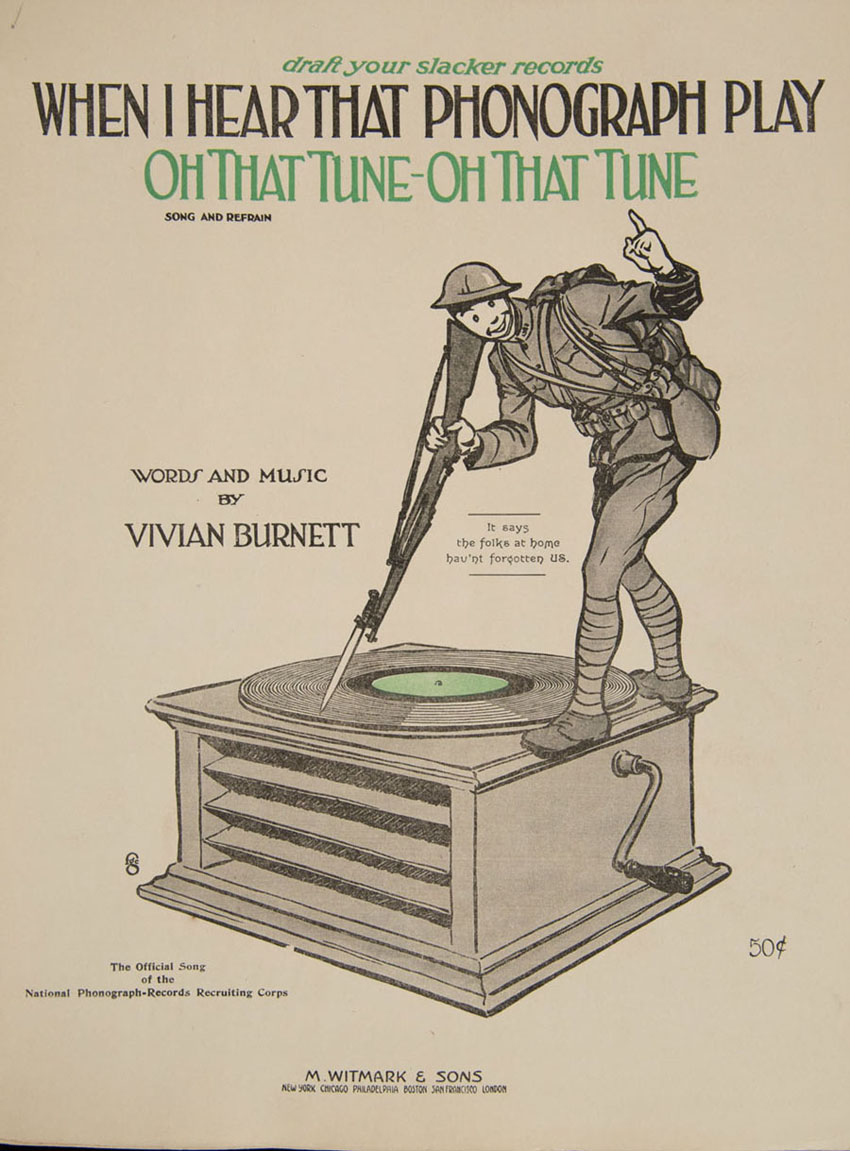 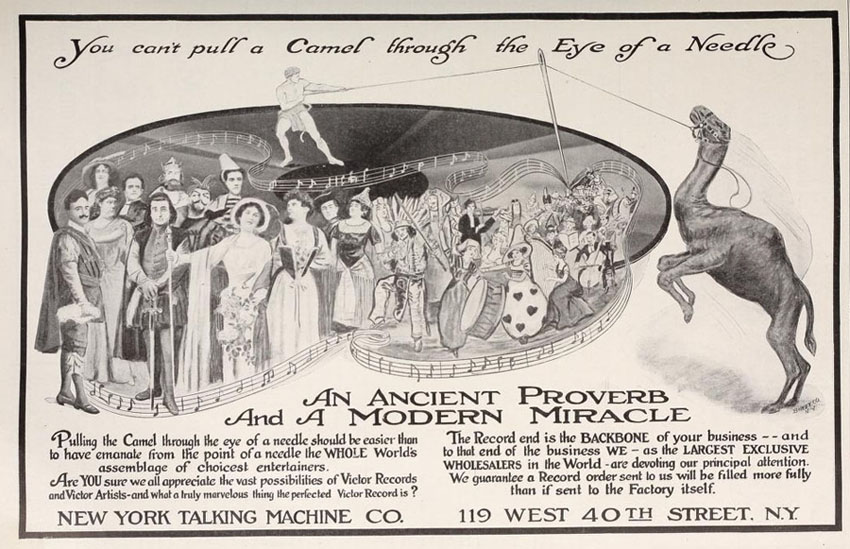 "You can't pull a Camel through the Eye of a Needle" but that would "be easier than having the WHOLE World's assemblage of choicest entertainers emanate from the point of a needle." 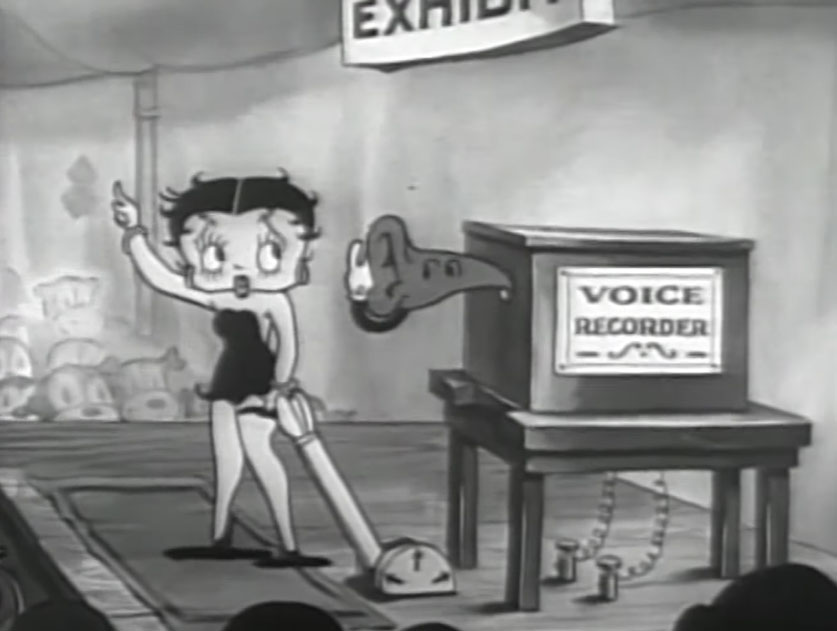 A Max Fleischer Studios short animated cartoon titled Betty Boops Crazy Inventions was first theatrically released in 1933. One of the "Crazy Inventions" exhibits was a "Voice Recorder demonstrated by Betty Boop. This Voice Recorder had a unique recording process with a mouse inside the box and the mouse's tail acting as the record's needle. 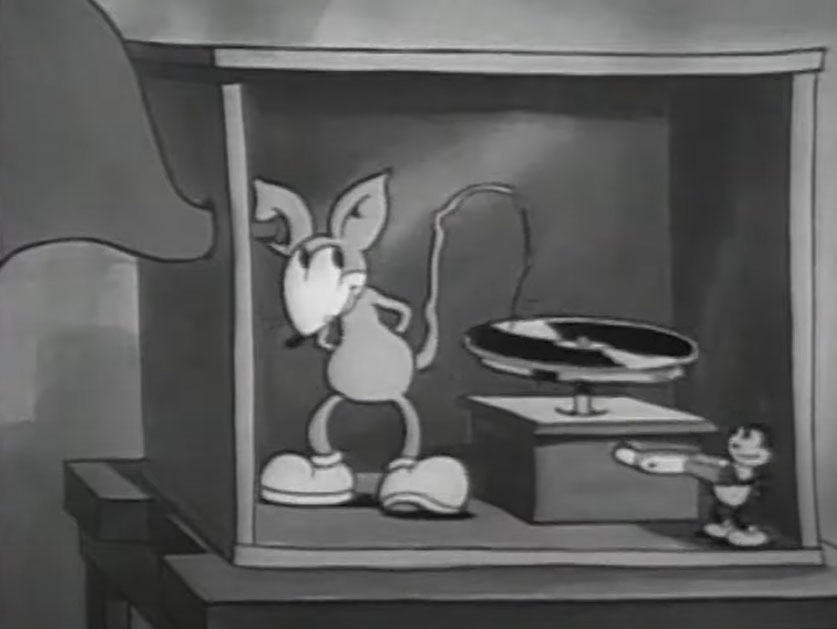 What are needles for? (The answer found in a 1915 periodical)

Grandmother: How useless girls are today. I dont believe you know what needles are for.

Girl: How absurd you are, grandma. Of course I know what needles are for. Theyre to make the graphophone play. 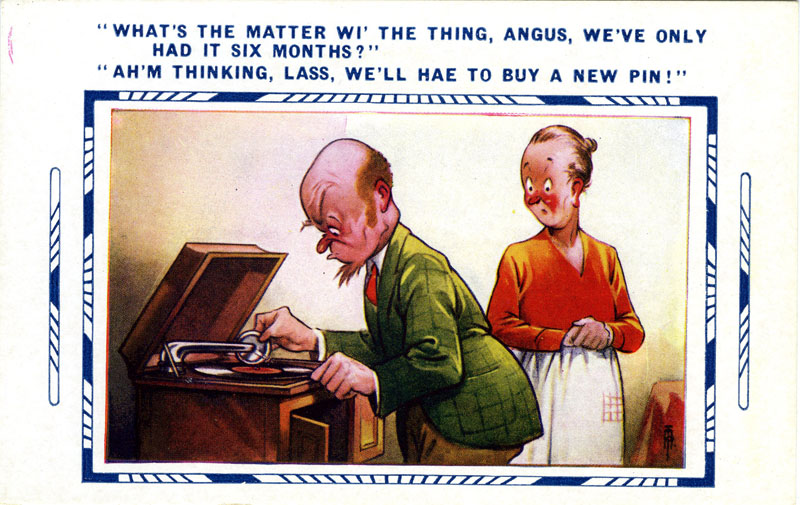 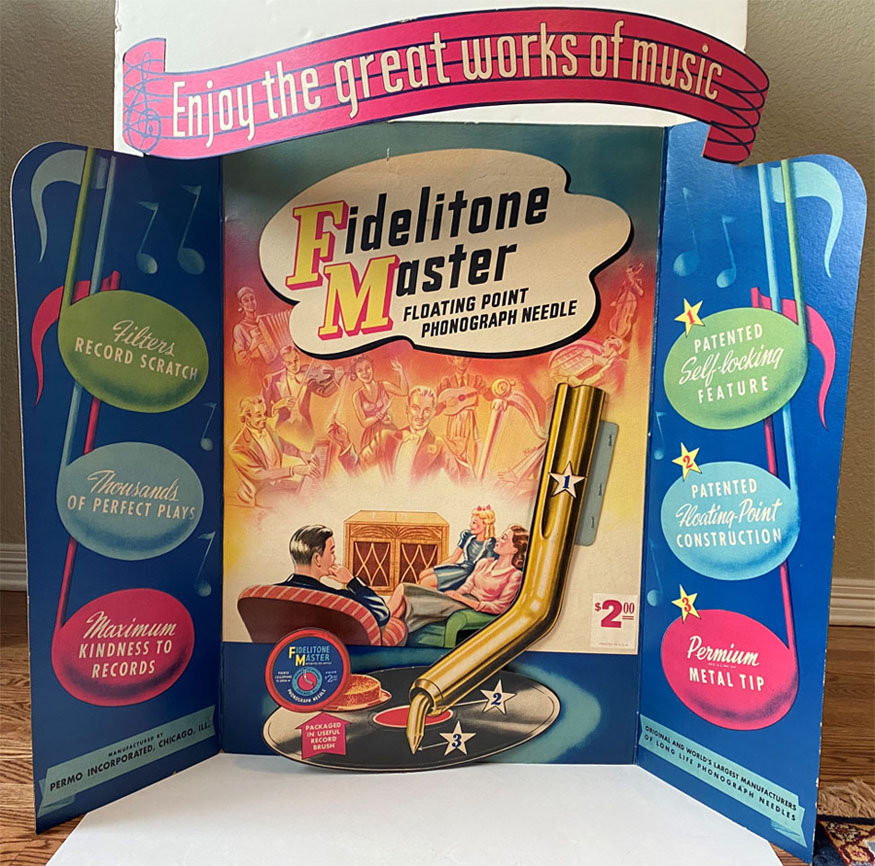 This display is another example of the phonograph advertising showing the family entertained by the "Stage of the World" in their own home. For more information about Fidelitone Needles, see Made in Chicago Museum, Permo Inc. / Fideltone est. 1929


For other phonograph connections with needles see Phonographia's Sewing Machines and the Phonograph.